Patch 11 for Fallout 76 has landed and introduced a slew of quality of life improvements, including reduced rates of spoilage, difficulty reductions for low-level characters (including higher disease resistance for level <15 characters and lower fast travel costs for <25 ones), as well as a heap of changes to power armor functionality meant to address various bugs and smooth out the experience.

It’s also the reason why you may have a surplus power armor frame in your inventory or were shuttled to a Red Rocket or train station: Correcting bugs with gifts of power. Speaking of power… 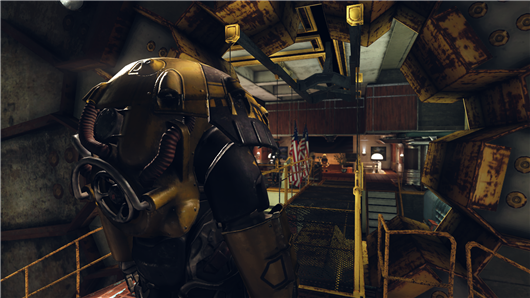 Let's talk about the Cadillac of personal protection...

Ever since its debut in Fallout 4 and its companion game, Fallout Shelter, the X-01 has been at the center of a loreversy regarding its provenance. Just where did it come from? Is it the Enclave’s armor? Doesn’t its inclusion break the lore?

Why is there an unambiguously pre-War suit of X-01 power armor sitting behind the glass at Nuka-World?

Fallout 76 explicitly describes the X-01 as a prototype pre-War model whose schematics were archived on Enclave servers at the Whitespring and the oil rig.

Notably, it’s the first in-game source on the history of advanced power armor. 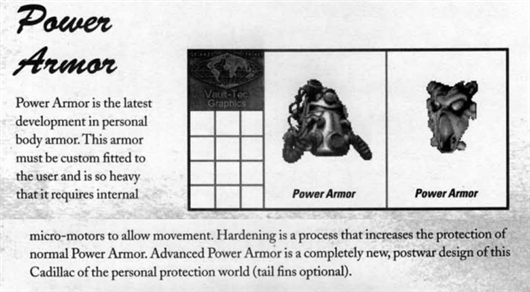 Above is the first non-game source for the background lore.

Although it’s sometimes asserted that the advanced power armor introduced in Fallout 2 was accompanied by robust lore, this is not the case. None of the characters at Navarro or the oil rig shed light on where the armor came from. None of the terminals at either location reference the power armor either, with the only crumbs of lore provided by character and item descriptions. Both of those only provide crumbs of lore, describing the suit as unfamiliar or simply stating that it’s made from some very advanced materials.

In fact, the only bit of lore that adds a bit to the characterization is a fragment of a sentence from Fallout 2 Strategies & Secrets, the official strategy guide for Fallout 2:

It’s underwhelming to say the least. Errors present in the game, like in other strategy guides (and the base game itself, with the infamous GNN transcript disc), make it an unreliable source at best.

Some background lore for the advanced power armor and other projects was provided by the abortive Fallout Bible project, a loose compilation of developer interviews, behind the scenes material, and the odd design doc that Chris Avellone started writing in 2002, four years after Fallout 2 hit the shelves. 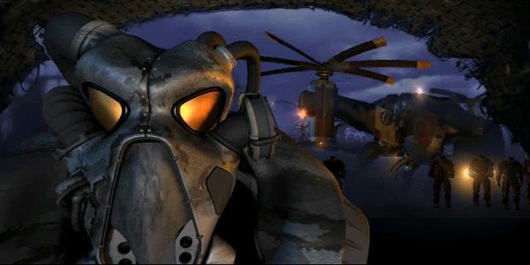 Well.. The lore provided in the Bible amounts to a handful of dates:

2198: Enclave works on various new technologies, including Power Armor variations. None of these are much of an improvement over the conventional old school Power Armor, and some are actually worse.

2215: Under Presidential Order, Enclave scientists begin to work on an upgraded version of Power Armor. Many prototypes are developed and tested.

2220 October: Enclave scientists develop a reliable version of the Mark II Power Armor. The prototype results (and accidents... and explosions... and deaths) are classified by order of the President Richardson for the sake of morale.

Those familiar with the lore will note the fact that the advanced power armor would have been created in less time than it took West Tek to make the T-51 power armor, the zenith of pre-War power armor (or, at least, those that reached operational status). All while limited to an oil rig and a handful of mainland bases, without access to anything even remotely comparable to what West Tek and the U.S. government had at their disposal.

Never progressing past the not-even-rough-draft phase, the Bible shed light on a great number of background elements, many making its way to the released games. However, there’s always a snag: The Bible is not on equal footing with released games as a source.

While it was released on the Black Isle frontpage (see here for an archived snapshot of the November 2002 version, with the last installment of the Fallout Bible announced amidst Lionheart announcements), it was never an official publication and Mr. Avellone has since repeatedly stated that Bethesda Game Studios is only bound by what’s published in the games. 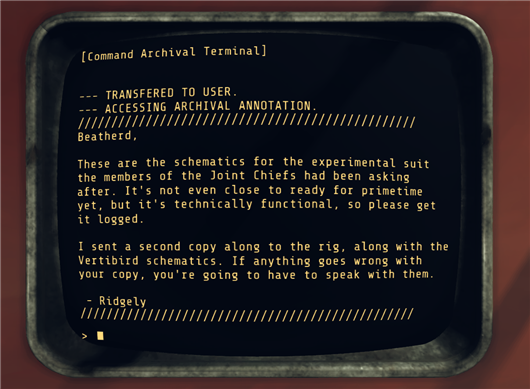 And this is currently one of the only sources of lore for the whole advanced series.

OK, What is the Lore?

It’s quite simple: The intended takeaway here is evidently that the X-01 is a pre-War power armor model that was very much a work in progress and never reached operational status. It is the forerunner of the Enclave power armors from Fallout 2 onward, but is not an actual Enclave design, just something it found and managed to finish. The Nuclear Winter mode also introduces the prototype Hellfire armor skin, introducing it as yet another power armor prototype that the Enclave dusted off and finished.

This terminal lack of creativity, inability to innovate has been a distinguishing characteristic of the Enclave for over 20 years. In Fallout 2, as wastelanders built entire cities from scratch, establishing nations comprising hundreds of thousands of citizens, the Enclave was still huddling on an oil rig in the ocean, dreaming mad dreams of world conquest. Even the tool of said conquest was not of their own making, but a modification of the pre-War Forced Evolutionary Virus. They barely changed in Fallout 3, remnants of the old Enclave from the West, still seeking to revive a dead nation by manipulating others into doing the hard work.

Thematically, this fits in with the role the Enclave plays in the series, as a dead end of human evolution and the last remnant of the pre-War world. Their failure to adapt to the New World, failure to embrace change inevitably led to their extinction. 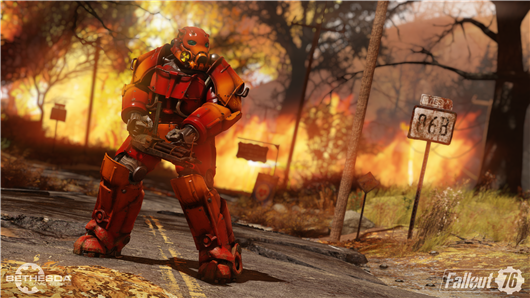 Not that wastelanders are all that better.

Fallout 76 explicitly resolves the issue with the X-01’s origins by establishing it as a pre-War suit of power armor that was still in the process of testing and prototyping when the Great War broke out. The schematics were archived on the Enclave networks and served as basis for the Enclave power armor encountered in Fallout 2.

Finally, in the absence of lore in the released games, the advanced power armor’s background was effectively a blank slate waiting to be filled in.

It didn’t even need nukes to be wiped clean.

For more in-depth lore coverage, check out the Fallout Lore portal on The Vault Fallout Wiki, bringing you detailed, accurate coverage since 2005.