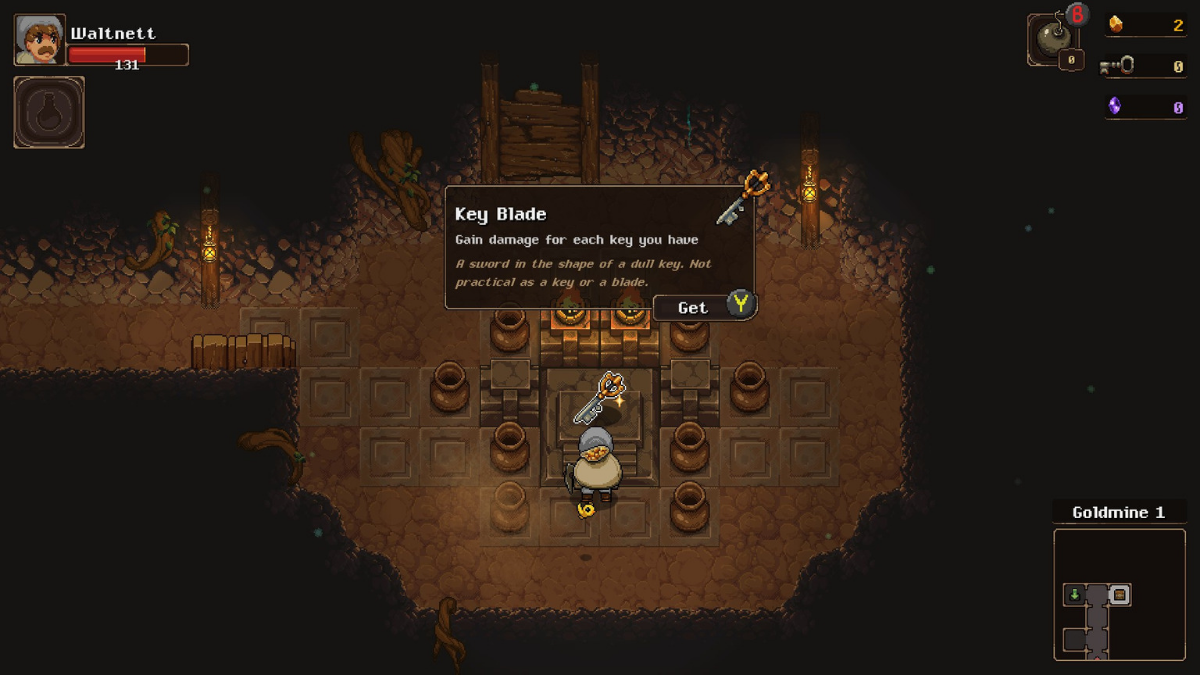 When you descend upon the dungeons of UnderMine, you'll quickly realize that, without a little help, you just might not make it very far. Luckily for you, there's a ton of helpful items in-game known as Relics that can make breezing through the various rooms a cinch.

These special tools can be found in the dungeons themselves or crafted by the NPC Wayland (the blacksmith) after you find a blueprint, and they'll be collected in your item list when you visit your Journal. There are 81 in total, each with their own special ability that can help you out when you're wandering around underground. If you're going to make it very far, you're going to need to call on these Relics time and time again.

Here are some of the most useful Relics to look out for as you're making your dungeon rounds! 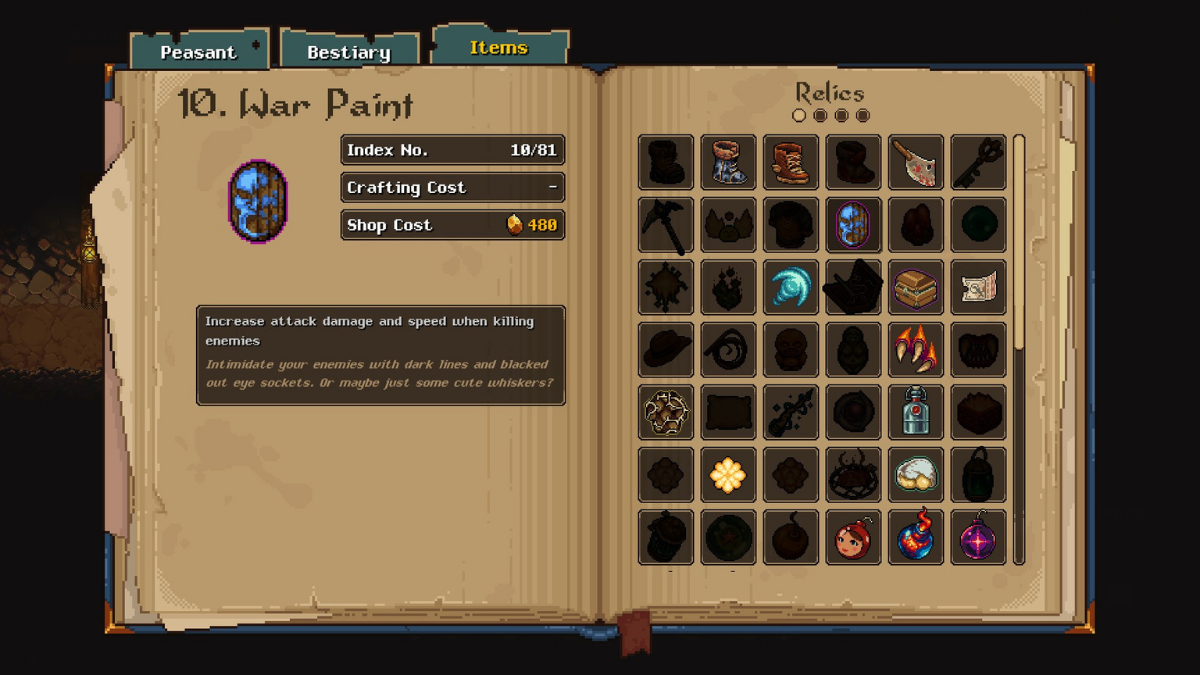 Sometimes, you find yourself wandering into dungeon rooms that are simply lousy with monsters to fell. You don't need to turn tail and run with the War Paint Relic. Instead, you'll get souped-up attack damage and speed when you go on killing sprees. You'll be faster, stronger, and overall a much more formidable opponent with this Relic equipped. They won't want to mess with you if you go in guns blazing with this bad boy. 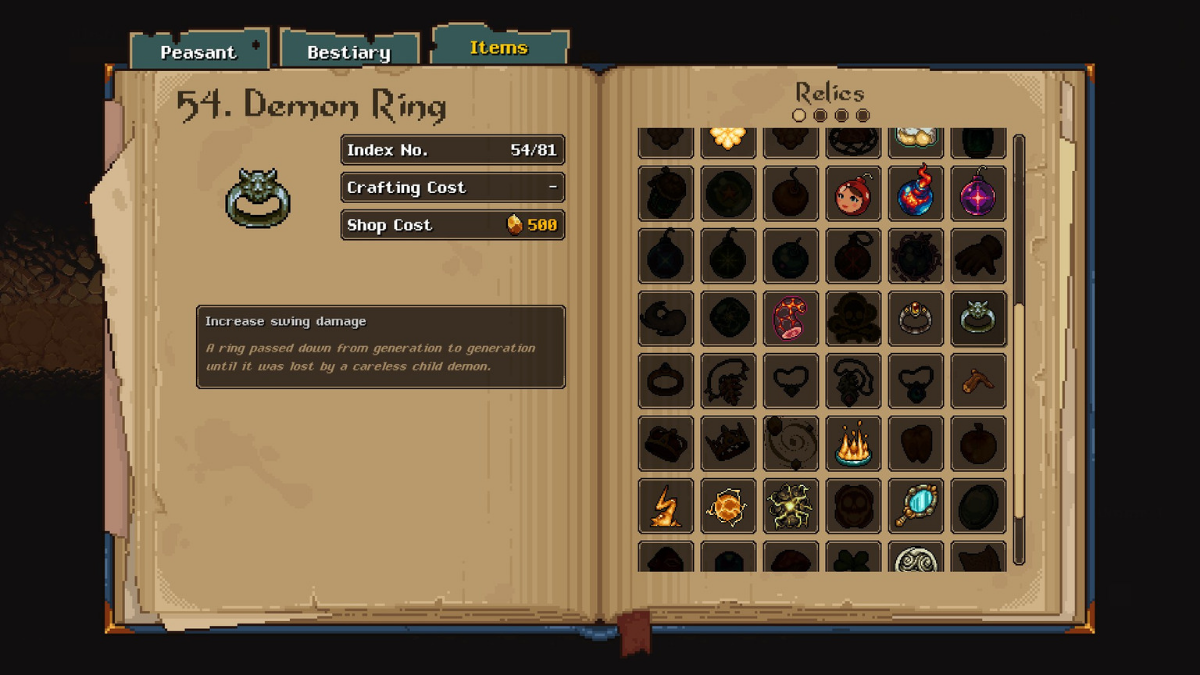 Looking to just kill off a few enemies by swinging your trusty pickaxe at them? The Demon Ring doesn't need any frills – it just ups your damage, and that's all you need in certain situations, really. If you're someone who likes to get up close and personal with enemies instead of throwing your pickaxe, this Relic has everything you need. 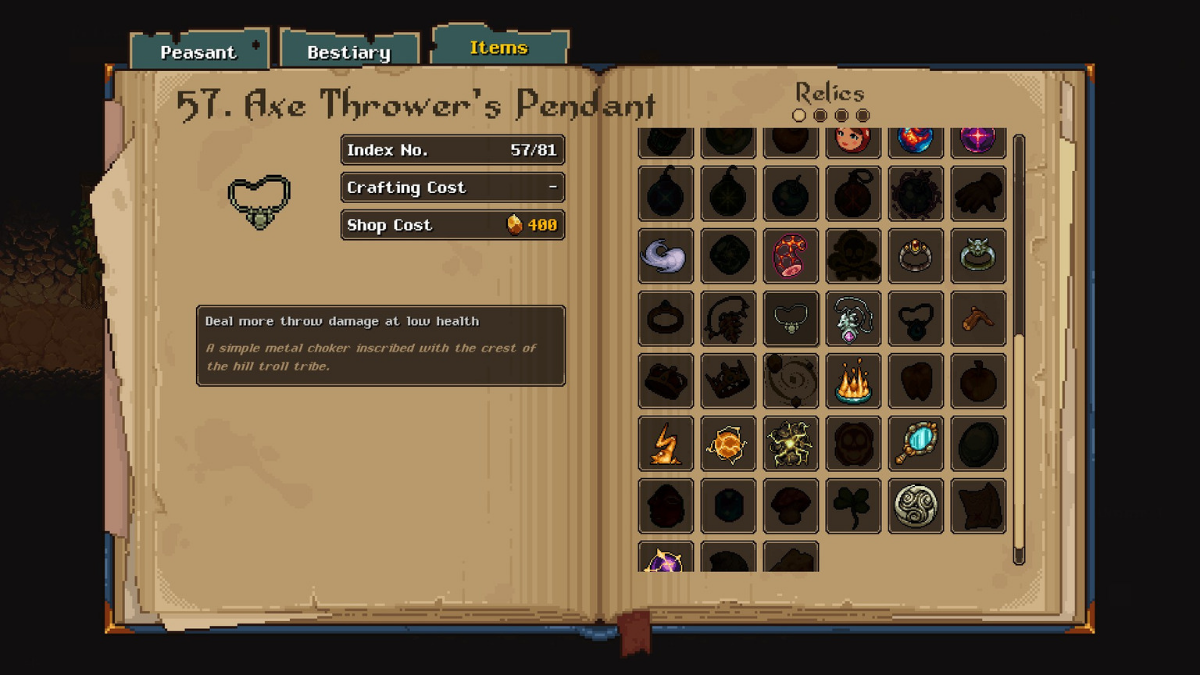 When the stakes are down, that's when you need the odds to be stacked in your favor. The adrenaline kicks in when you're at low health and have no real way of healing at the moment –– so of course having additional throw damage when you're low on HP is a boon. The Axe Thrower's Pendant can do just that for you. If you find yourself low on health often, this could help extend your lives drastically going forward. 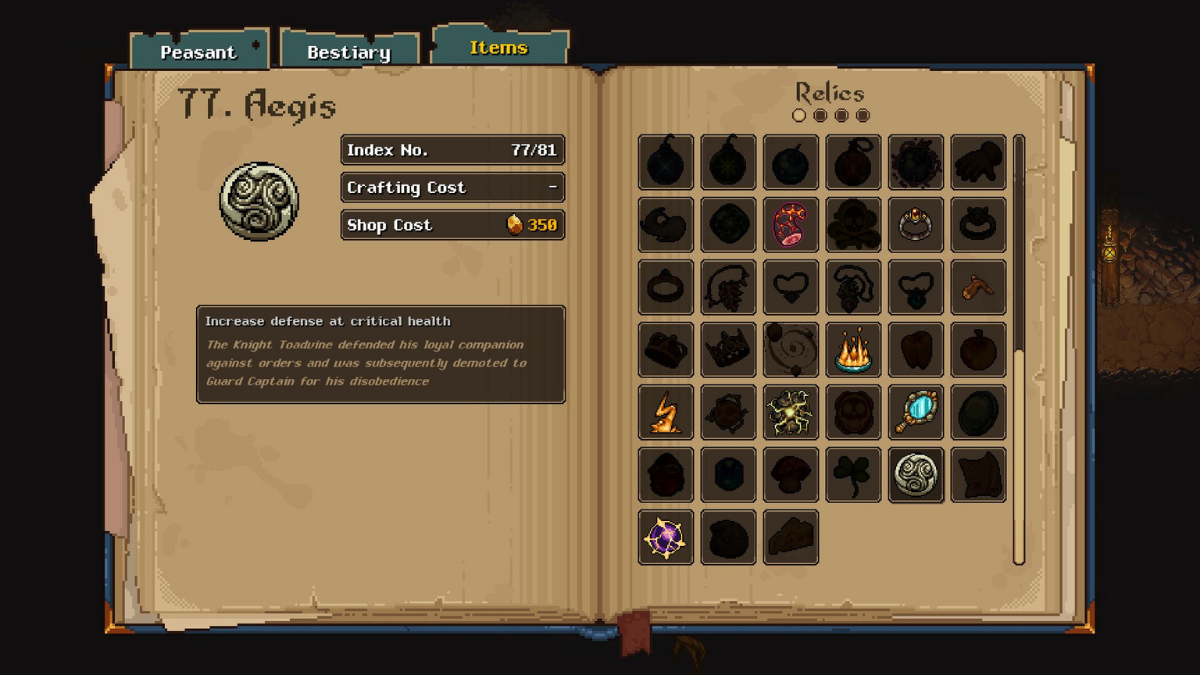 Puttering your soon-to-be last breath, the Aegis Relic will have your back. As soon as you're at critical health and you think you're not long for this world, it'll kick in and boost your defense. It could very well give you the assistance you need to come back with one last attack to clear a room out and escape to get some health back. 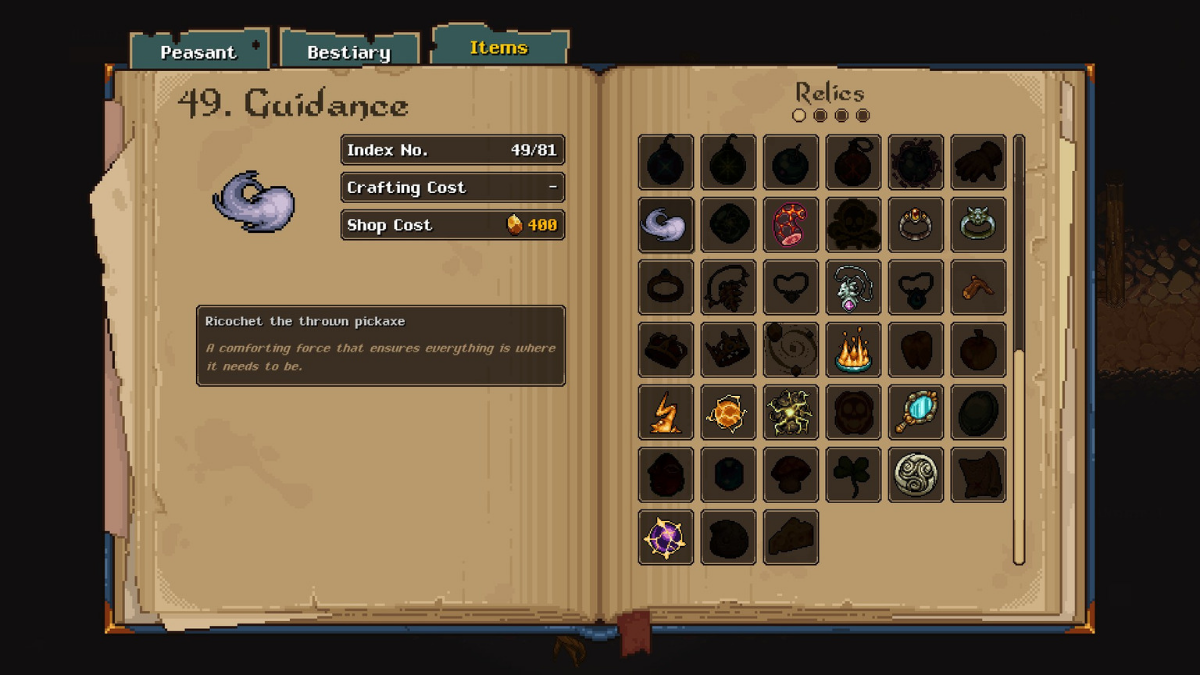 Ricochet is an extremely helpful Relic because it will ensure even if you throw your pickaxe and miss your target as it flies away from you, you get a second chance to hit it on the way back. This could mean the difference between life and death, after all, which is great news if you find yourself feeling frustrated most of the time in-game. 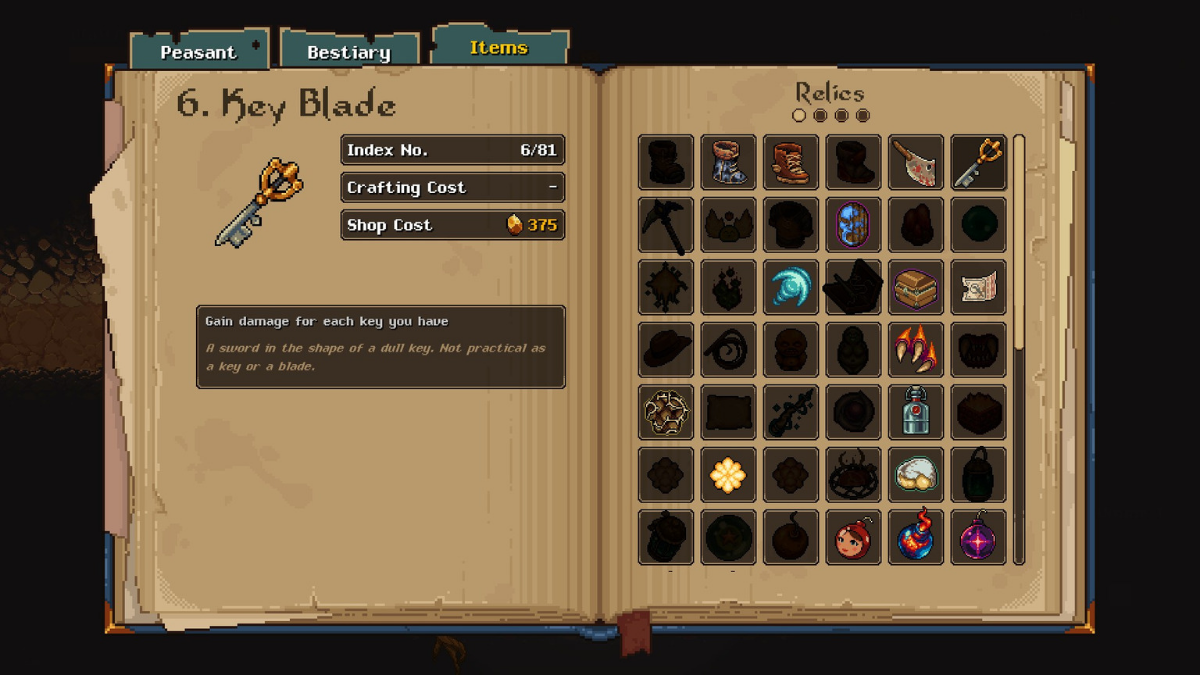 Gain damage for each key you have.

The Key Blade Relic is more than just a clever Kingdom Hearts reference (though it's definitely a good one). It rewards you for finding keys and hoarding them, which can be easy to do if you're an explorer and just haven't found a place to use said keys. So let the game up your damage for each key you collect until you're ready to rain down a good, old-fashioned beat-down on enemies. Works every time! 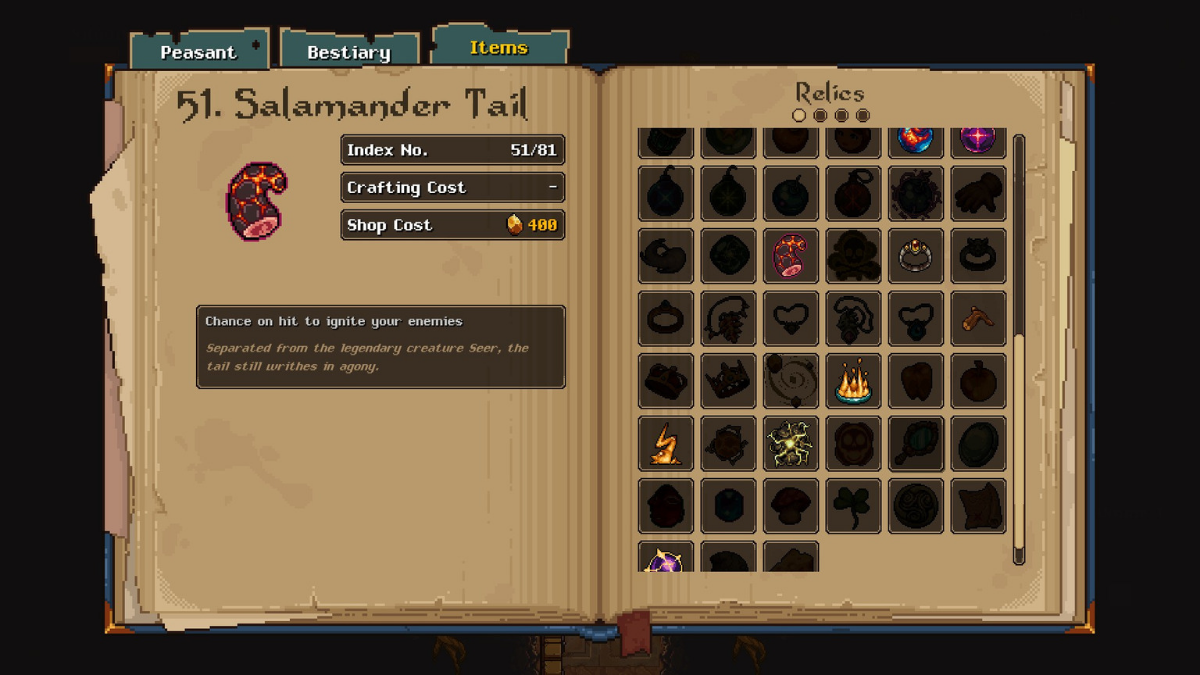 Chance on hit to ignite your enemies.

What's better than beating up bad guys with your trusty pickaxe? Setting them ablaze afterward, of course. The Salamander Tail will give you the chance to do just that every time you connect with your pickaxe, and that makes for an extremely useful boon for normal combat. More damage, and your enemies are flailing around on fire? Sizzling. 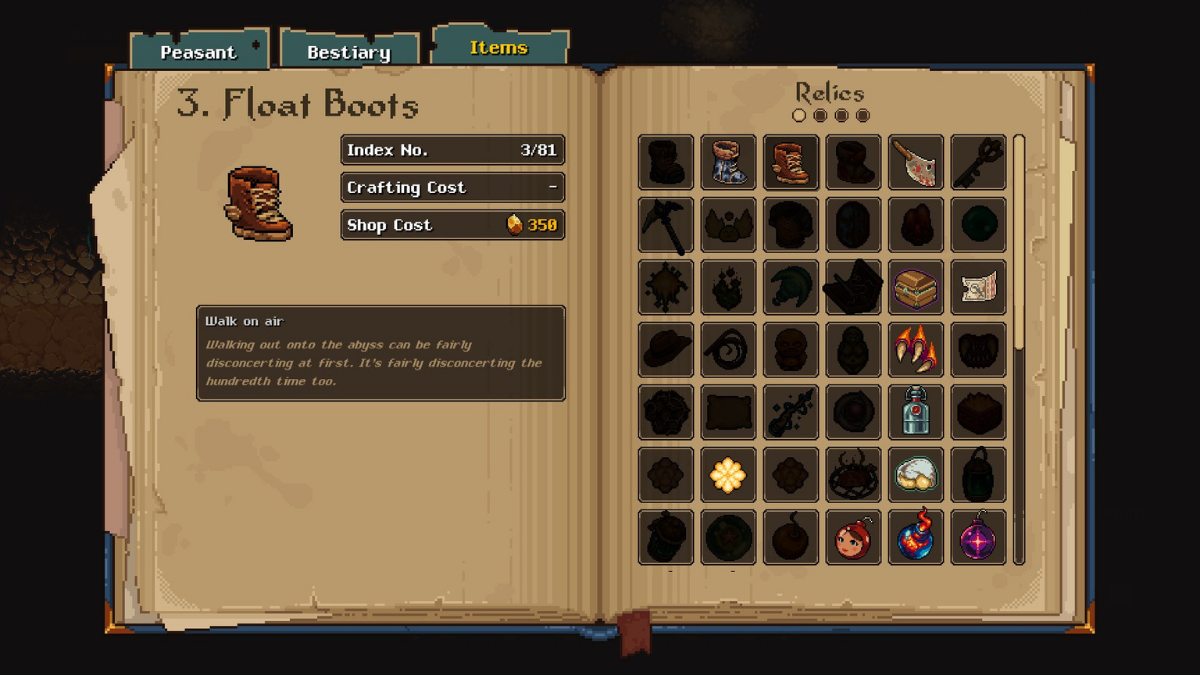 If you have trouble timing your jumps and need a little extra help crossing gaps, the Float Boots are for you. You can simply walk across wide areas where you'd normally have to put your platforming skills to use, all with the help of this Relic. Mind the gap? Pssh, more like walk right on top of it! 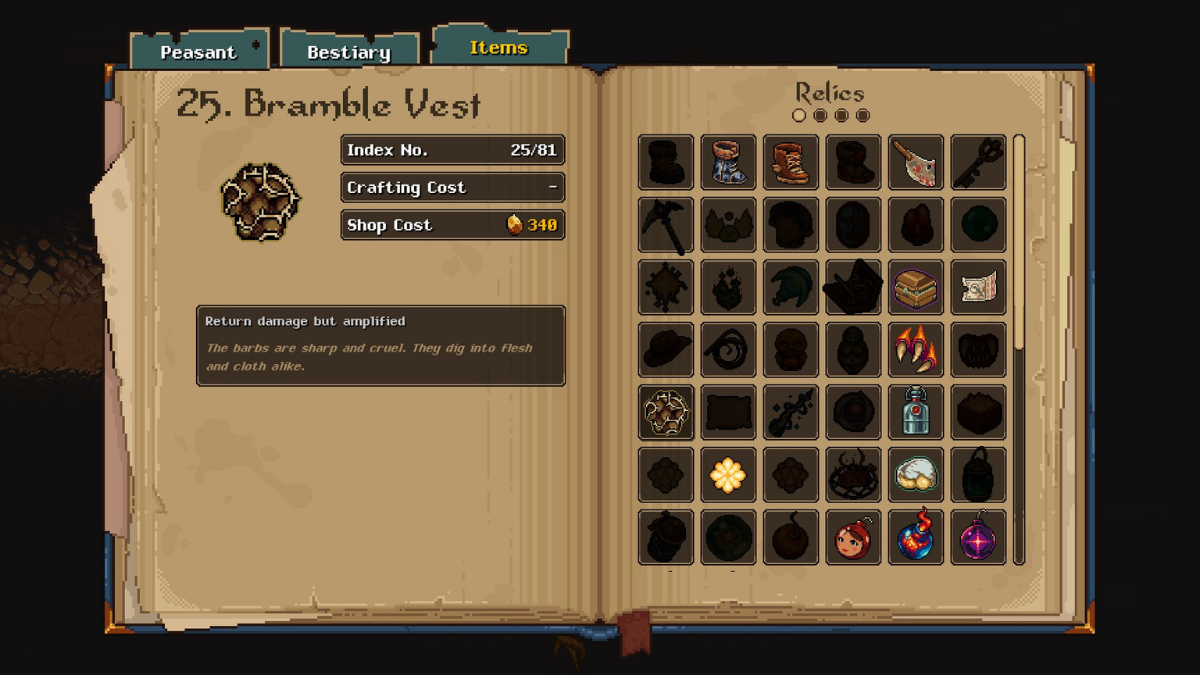 Remember the move Bide in Pokémon Red and Blue? Your Pokémon would take damage and store it to unleash it with added attack power the following turn. The Relic Bramble Vest does something very similar to that, letting you take damage, and then return it with interest. Not so tough now, are you, slimes? 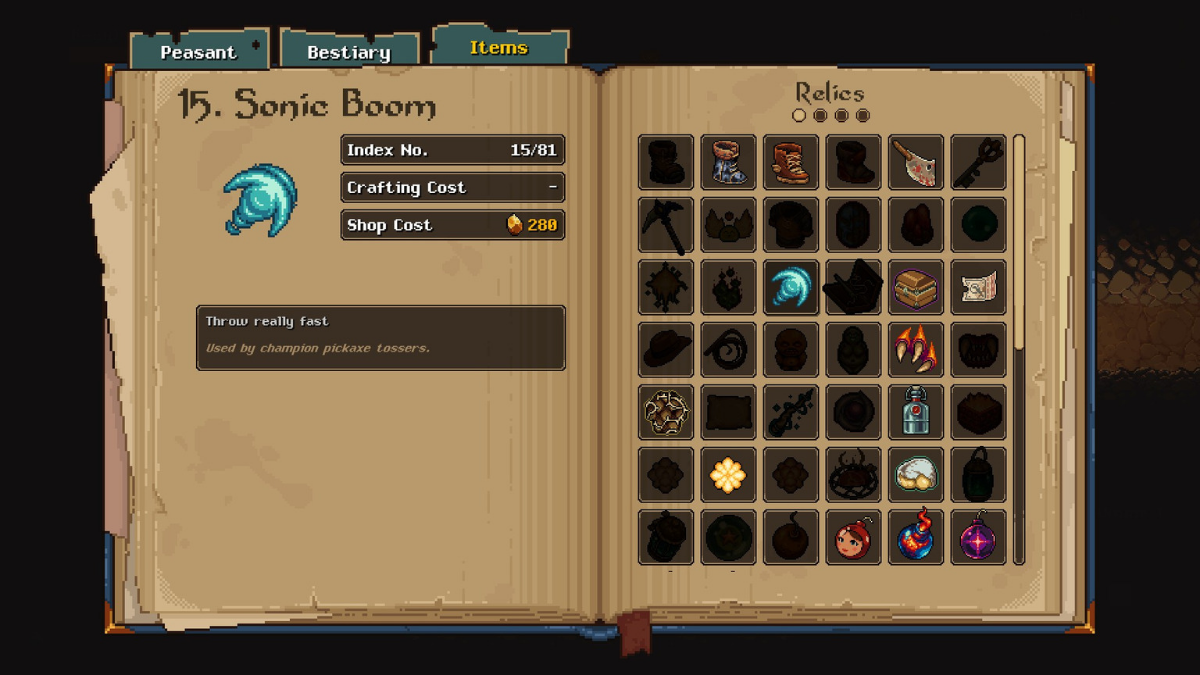 Sometimes, you just gotta go fast. Take it from a certain blue hedgehog we all know and love. Sonic Boom, a blindingly fast Relic, lets you throw your Pickaxe at an extremely fast rate, so when you get your target in your sights, it's all over but the crying.

For a complete list of relics and a guide to what each one can do for you, be sure to check out the Official UnderMine Wiki, where we've got all the answers to your questions and much, much more!