UnderMine is an exciting adventure rife with plenty of interesting characters. You never know who you'll see next, and that's just part of the fun! From a grumpy old Archmage to a sentient slime that sells you items, the game plays host to personalities both human and otherwise that will sell you items, help you dabble in alchemy, and more.

Ready to meet some of the main cast? We've assembled some of the folks you need to know just getting started in UnderMine. Be sure to keep an eye out for these faces as you make your way throughout the dungeons! 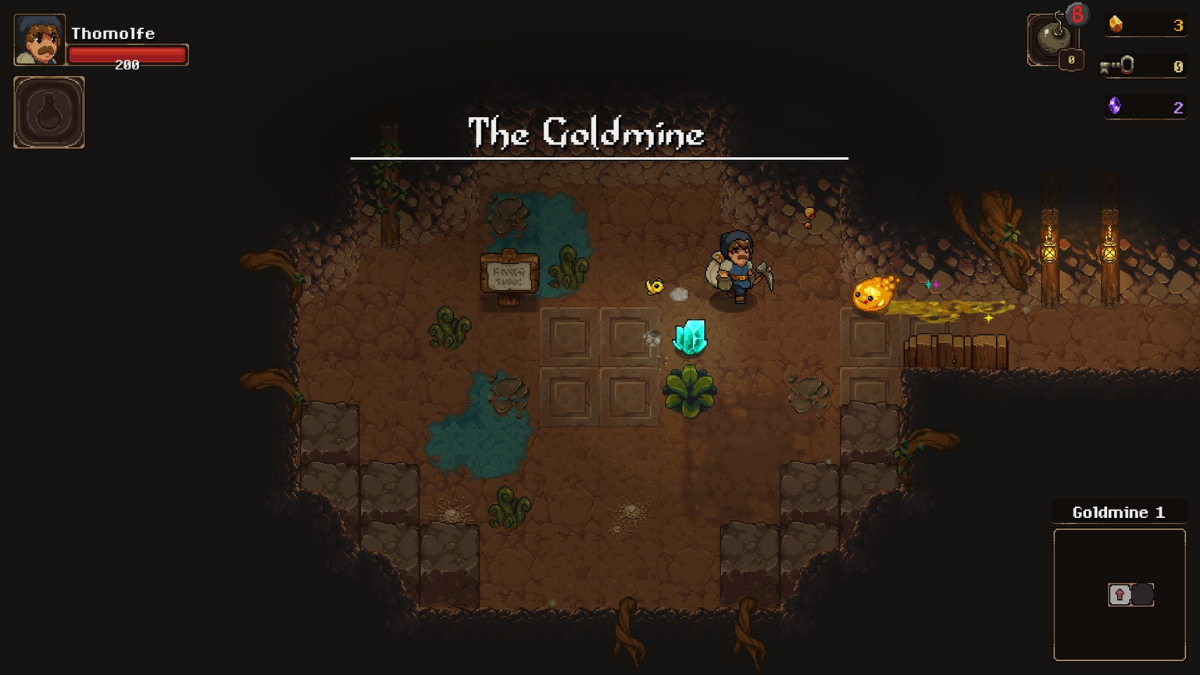 The Peasant is you, the player character. You're a humble adventurer who meets up with Arkanos the Archmage and is sent on a series of dangerous yet exciting missions down in the mines. You also have a canary familiar who can help pick up dropped gold. You also tend to die a lot – but that's okay, because you apparently have a ton of relatives to come back and replace you. 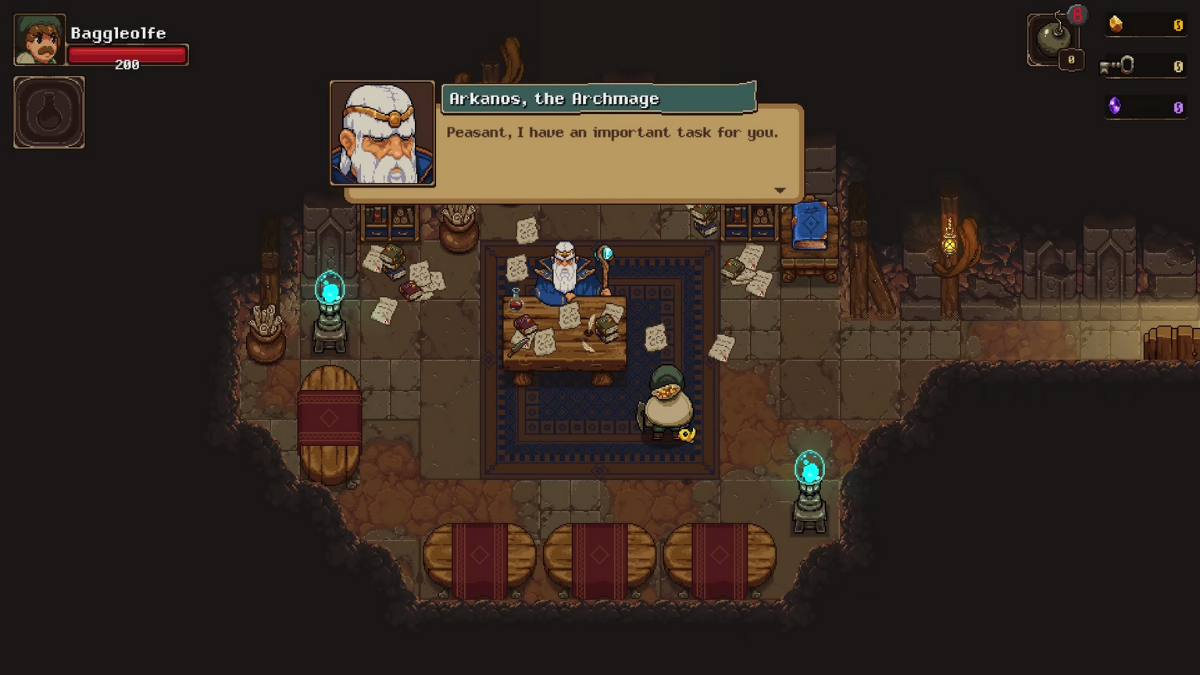 Arkanos the Archmage is one of the first characters you'll meet in UnderMine. He's often found ordering you around, and gives you your first mission to find the character Wayland in the mines as well as tasks you with figuring out what's causing all the earthquakes going on. 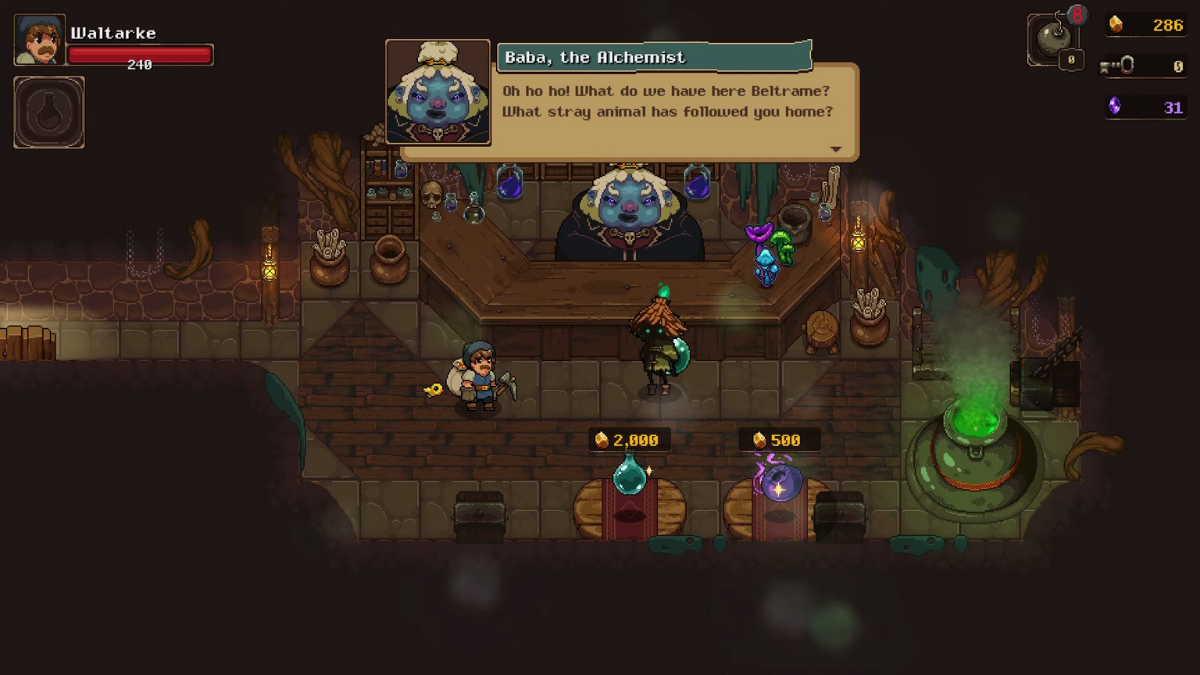 Baba the Alchemist is a talented alchemist that you can bring recipes to front the mines. In return, she will teach you how to create them with alchemy – in short, she provides a valuable service. 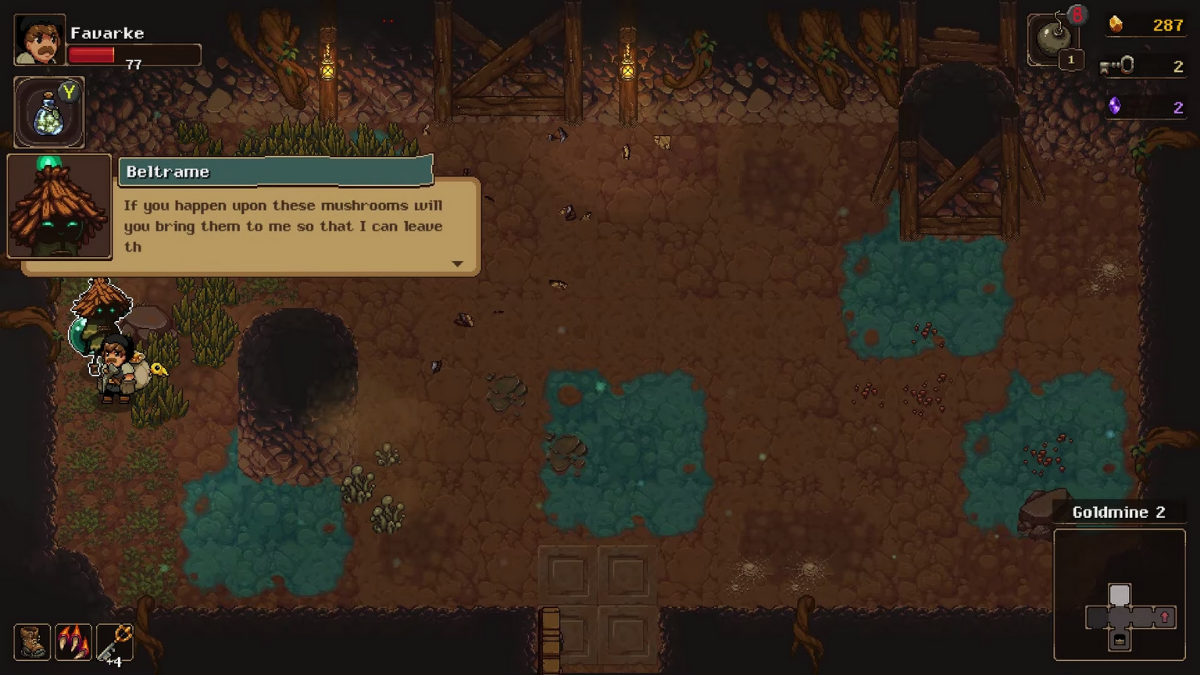 Beltrame is a strange apprentice alchemist who appears to be on a quest of his own. He's searching for particular artifacts, and you might be able to assist him when it comes to finding them. 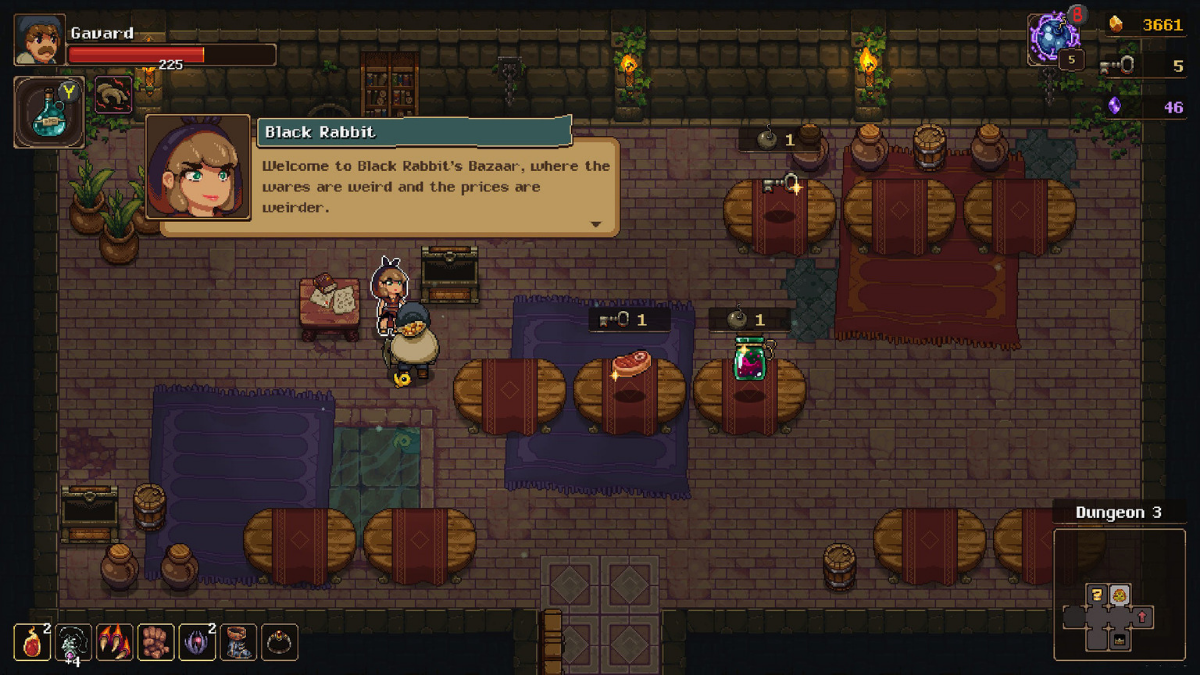 Black Rabbit is a colorful young woman who has a lot of names for herself, like Mother of Critters and Queen of the Tavern. She actually runs a fun little Bazaar and a "lottery" you can potentially win prizes from. 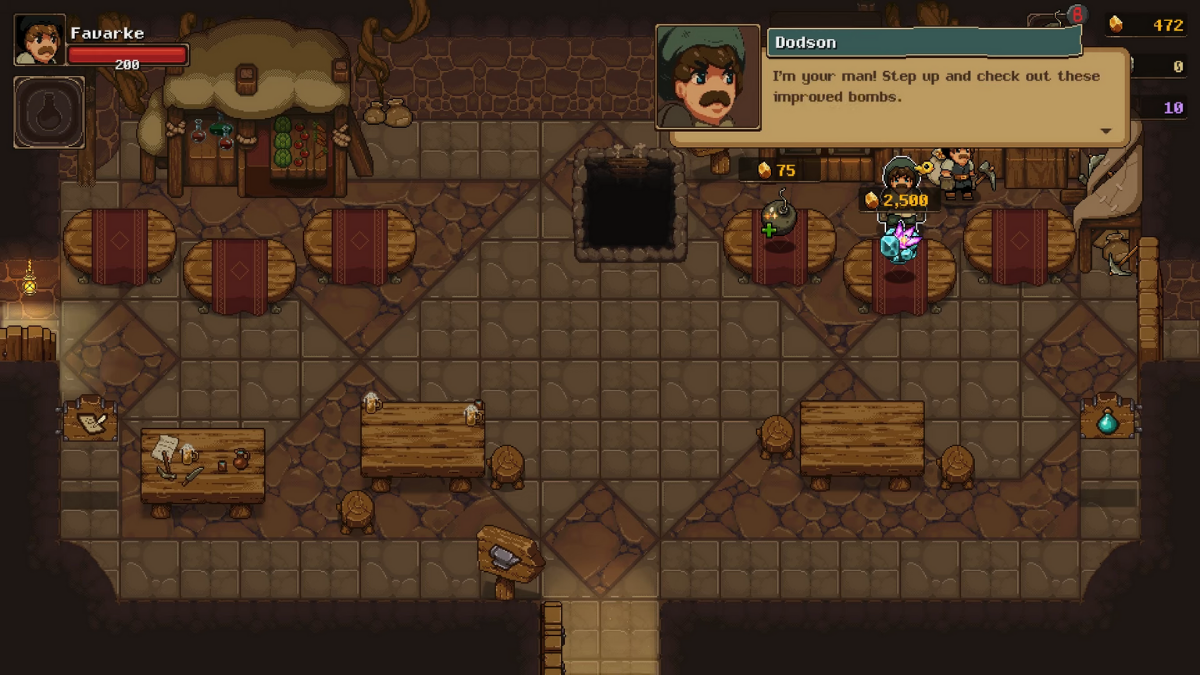 Dodson is a bomb smith who can help you craft different bombs than the typical ones you see in the dungeons. They'll have a variety of additional, awesome status effects. 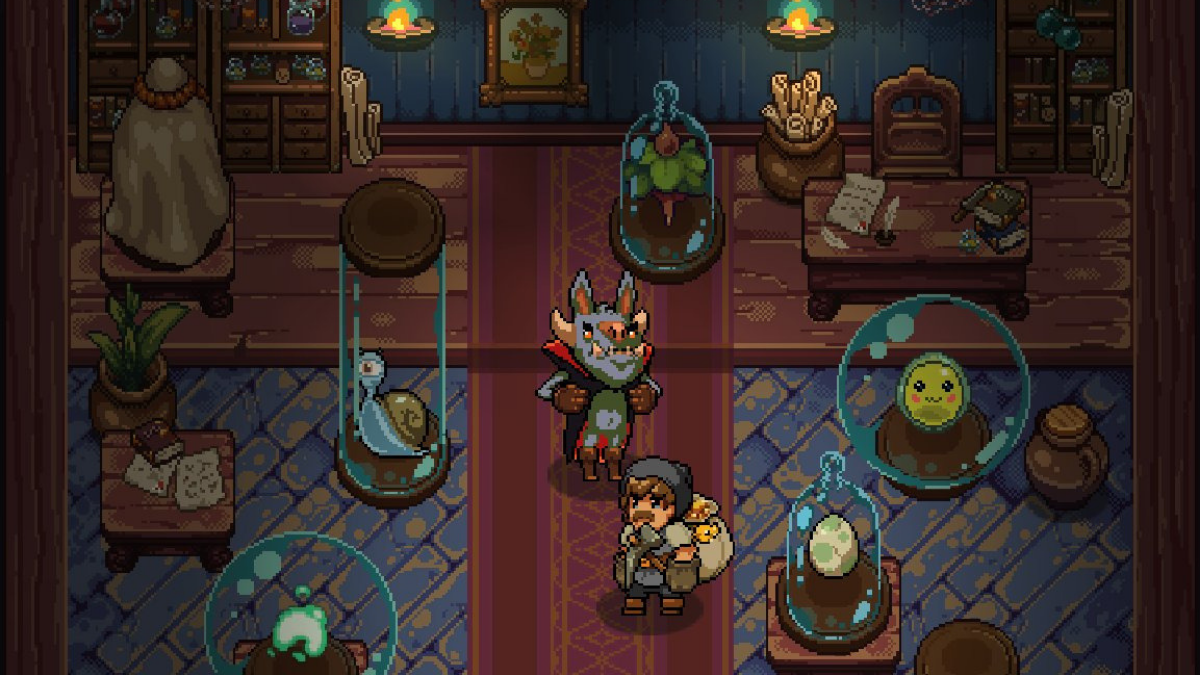 Griswold the Collector does exactly what his name implies: he collects creatures found within the mines. He can help you out by hatching the eggs you find while out exploring. Think of him as a super weird incubator...bat thing...yep! 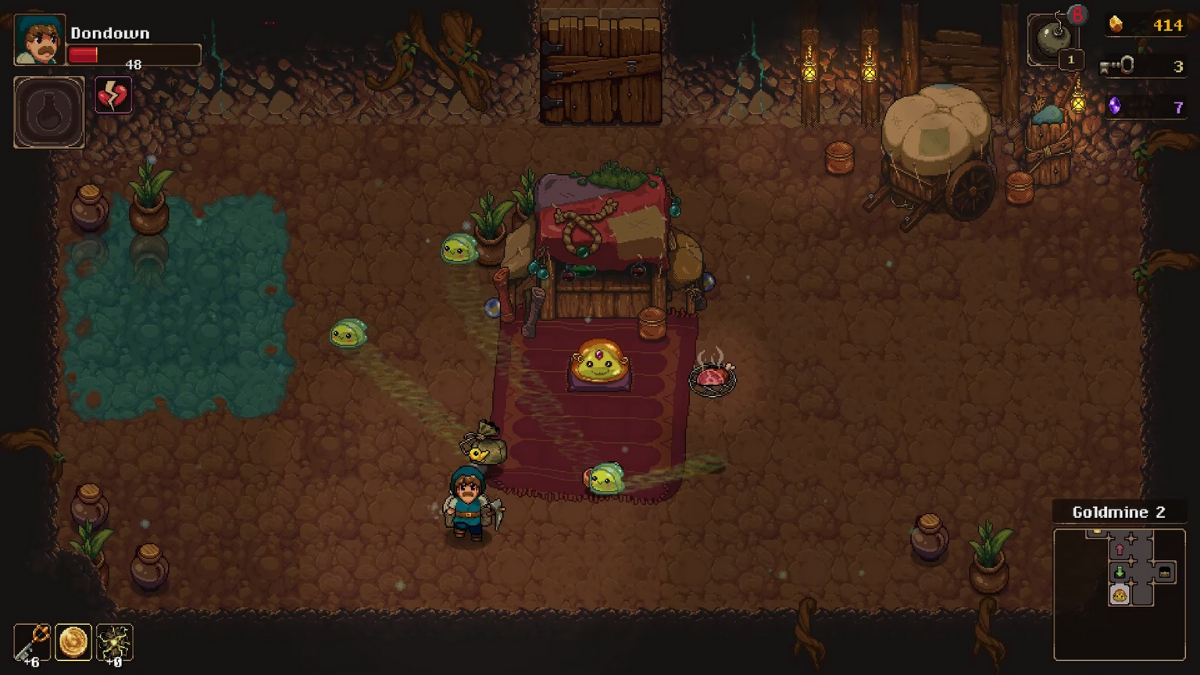 The Shop Keeper doesn't say much, but he can always be counted on to have plenty of goodies for you to buy from his bazaar of items. And just look at that adorable little face!

There are plenty of other cool customers you'll meet along your way through the game, but we don't want to spoil them all here for you! If you want a little nudge be sure you've discovered them all, head on over to the Official UnderMine Wiki, where you can find plenty more information about some of the other people (and creatures) waiting for you out there in-game! There are plenty of other fun tips and tricks there too, so if you've got questions, we're kinda like RadioShack – we've got answers.