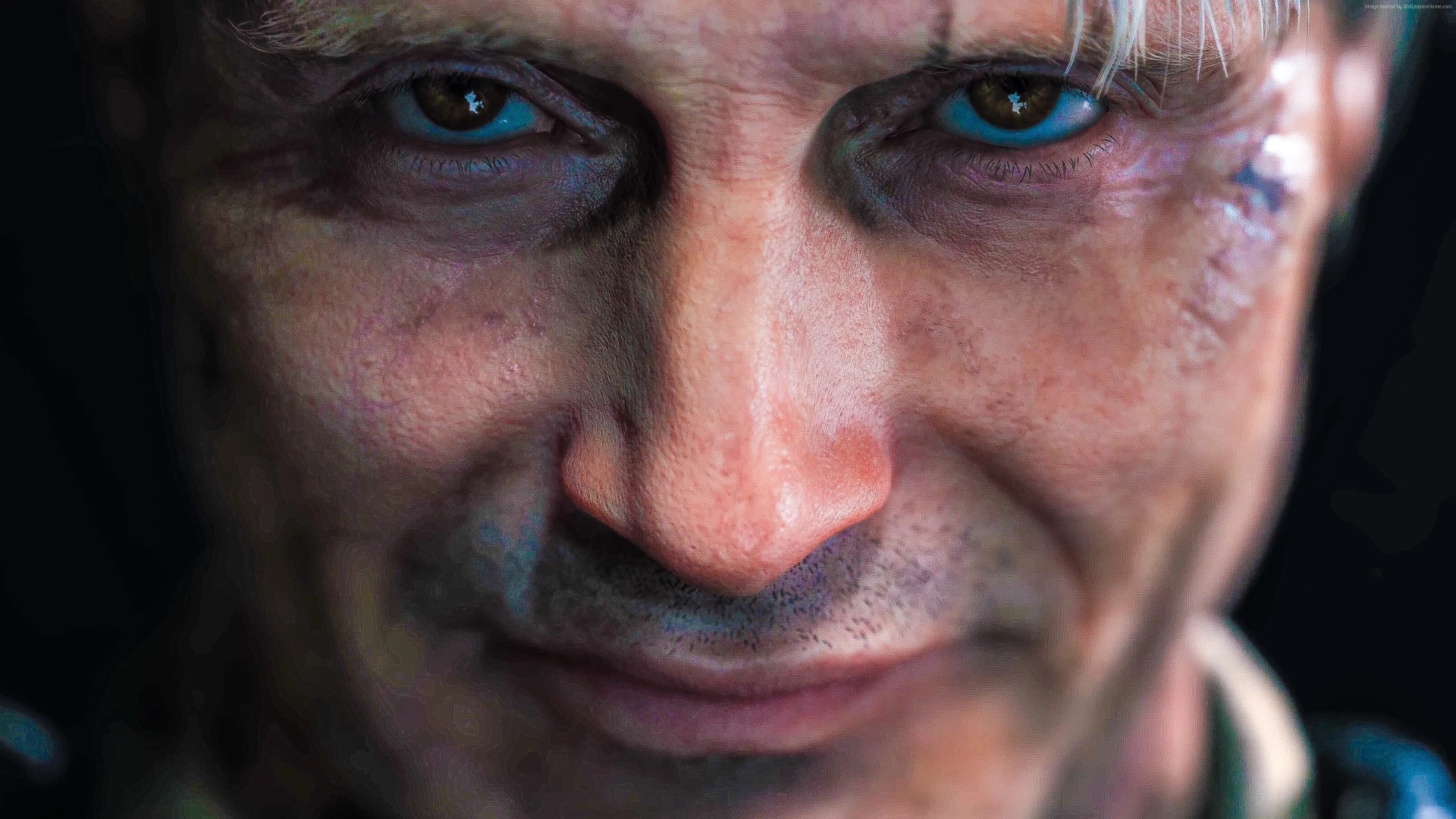 Fall officially begins this month in the northern hemisphere, ringing in the start of game release season! Since game sales tend to increase the closer we get to to the holiday season, fall has typically been the most advantageous time for developers; therefore, we have some huge games coming out in the next few months to keep an eye on. In this article, we've compiled the list of the biggest game releases to keep an eye on between now and December!

Destiny 2: Shadowkeep launches on October 1st, and kicks off a trio of major shooters releasing this fall. Destiny 2: Shadowkeep is the fourth expansion for Destiny 2, and is the first expansion for the game to release since Bungie split ways with publisher Activision. Because of this, Shadowkeep has a significant amount of expectation placed upon it now that Bungie has the freedom to make whatever game they would like without meddling from Activision.

Shadowkeep will feature a full campaign that brings the Moon back from the first game as a location players will be visiting, a major overhaul of the armor system dubbed "Armor 2.0," new and returning exotic items, a new dungeon and raid, and all new finishing moves for each class! These finishing moves can be used when enemies are near death, and will cause players to become more powerful when they succeed in using one; however, this comes at the cost of being vulnerable as your character plays the finishing move animation.

Tom Clancy's Ghost Recon Breakpoint is the next installment of the Ghost Recon franchise. Breakpoint is an open-world shooter in the same vein as Ghost Recon Wildlands, and offers players with a tactical shooter experience that can be played either solo or with friends. Set on the fictional pacific island of Auroa, players will take control of a special forces operative sent to the island to investigate a military contractor known as Skell Technology.

Players will need to utilize stealth tactics, such as camouflaging themselves with mud in the environment or hiding bodies, if they expect to defeat their well equipped enemies; however, Breakpoint also features a plethora of tools to use if things go pear-shaped. This includes things like combat drones, rocket launchers, and a variety of bombs and grenades. Breakpoint releases on October 4th for PC, PS4, Xbox One, and later on Google Stadia.

Call of Duty: Modern Warfare is the latest Call of Duty game that takes the franchise in a new direction. Not to be confused with Call of Duty 4: Modern Warfare that released in 2007, this Modern Warfare takes the story back to some of the original cast and setting. The new Modern Warfare campaign features a system that evaluates a player's moral choices made during a level and presents them with a threat assessment score at the end, determined based on how many civilians that were killed or injured.

Modern Warfare aims to create a compelling morally grey campaign where players are having to make split-second decisions on the threat of civilians, since some civilians will attempt to arm themselves and attack the player. This iteration of Call of Duty is taking the series in a more tactical direction, adding systems such as door breaching and a new realism mode that removes the game's HUD. Of course, players looking to play multiplayer will find some new modes to jump into, such as "Ground War" which features over 100 players and "Gunfight" that is a fast paced 2v2 mode. Call of Duty: Modern Warfare launches October 25th for PC, PS4, and Xbox One.

For fans of RPG's, The Outer Worlds is a first-person RPG developed by Obsidian Entertainment and published by Private Division that launches on October 25th for PC, PS4, Xbox One--and sometime later for Nintendo Switch. The Outer Worlds places players in an alternate future where President William Mckinley was never assassinated, meaning that Theodore Roosevelt never took his place. This resulted in booming business trusts to take control of society, leading to megacorporations in the future that are exploring and colonizing alien planets.

The Outer Worlds is a humorous game at its core with Obsidian's vast knowledge of making RPG's baked deeply into it. Players will find themselves playing a character who has recently awoken from cryosleep on board a space ship, and in short order will begin an adventure that has them investigating the true nature of these megacorporations. Making dialog decisions when talking to NPC's and leveling up your character alongside accompanying companions should be expected as you explore colorful and vibrant worlds. Parallels can be drawn between the gameplay of Fallout and The Outer Worlds, and players would be correct in coming to that conclusion considering Obsidian was responsible for Fallout: New Vegas.

The Luigi's Mansion franchise has had a devoted and passionate group of fans since the original Luigi's Mansion launched in 2001 on 3DS and Game Cube. Luigi's Mansion 3 is the next installment, and is bringing the franchise to the Nintendo Switch for the first time on October 31st! Luigi's Mansion 3 begins when Luigi and his pet Polterpup, along with Mario and Peach, go on vacation after receiving an invitation to the luxurious Last Resort Hotel. Unfortunately, this is all a plot from King Boo to capture Luigi's friends and Luigi must now save them!

Players will utilize the Poltergust G-00, Luigi's new gadget, to solve puzzles and bust some ghosts like some sort of green Ghostbuster. A new addition to the franchise is Luigi's ability to create a copy of himself, known as "Goo-igi," and allows Luigi to solve puzzles that require another version of himself which can pass through certain barriers--such as bars. Gooigi can be controlled separately from Luigi, but requires players to switch back and forth between the two.

Death Stranding is undeniably one of the biggest games to be releasing in the last decade. Developed by Hideo Kojima and lead studio Kojima Productions, Death Stranding offers players a completely new IP from the brilliant creator behind the Metal Gear franchise. Staring several big name actors, such as Norman Reedus and Mads Mikkelsen, Death Stranding is an open world action game that has mysterious and undefined multiplayer functionallity. In fact, Death Stranding is a huge mystery in general, leaving potential players wondering what exactly the game is while also being completely obsessed with its unique level of weirdness--and that's after several gameplay trailers have been released.

In Death Stranding, players take control of Sam--the main character of the game played by Norman Reedus--and are working for Corpse Disposal Team 6, retrieving dead bodies in some sort of near-future science fiction apocalypse where most animal life has gone extinct. Whenever Sam dies, he will enter another dimension for a time, but the state of the normal world will stay the same from the moment of his death.There is also Timefall, which is rain from another dimension that causes people to age rapidly. Needless to say, this is going to be a very strange game that offers a truly unique experience, and is one that we won't fully understand until after Death Stranding launches on November 8th for PS4.

Pokémon Sword and Shield are the next installments of the Pokémon video game series, and is the first time the "main" series of games is making its way to the Nintendo Switch. Fans of the series know what they're getting from these games, but for anyone who doesn't know, Pokémon is an RPG series in which players take on the role of a Pokémon trainer. Your job is to find, capture, and train various Pokémon in order to become powerful enough to defeat various Gym Leaders and earn badges.

Pokémon Sword and Shield take place in the Galar region, and is the first main game set in the eighth generation of Pokémon, offering players the ability to catch and fight the new eighth generation Pokémon. Sword and Shield are two different versions of the same game, each offering their own set of version-exclusive Gym Leaders to battle, and Pokémon to catch. For example, people who purchase Sword will find Pokémon like Deino and Jangmo-o; however, players who purchase Shield will find Pokémon like Larvitar and Goomy! There are more Pokémon and features exclusive between the versions (like two different legendary Pokémon), but they are essentially the same game. Pokémon Sword & Shield releases on November 15th for Nintendo Switch!

The final major launch of the year is DOOM Eternal. After the massive success that was the new DOOM game in 2016, id Software has taken everything that was amazing about that game and turned it up to eleven for DOOM Eternal. DOOM is a brutally fast-paced and violent FPS where players dawn the mantle of the DOOM Slayer to mow down an ocean of demons with powerful weapons like some sort of industrial lawn mower on a overgrown golf course.

DOOM Eternal returns to the franchise with another fully featured campaign for players to play through, but unlike the 2016 DOOM which had an abysmal multiplayer in comparison to its single-player campaign, DOOM Eternal offers a new set of quality multiplayer modes. The main new addition to multiplayer is Eternal's Battlemode, which is a 2v1 mode in which one player is the DOOM Slayer, and the other two get to play as demons trying to kill the DOOM Slayer. Additionally, players have the option of allowing their friends to invade their single-player campaign and take control of different demons to try and kill their friends. There is no doubt that DOOM Eternal is going to be a fantastic game when it launches on November 22nd for PC, PS4, Xbox One, Nintendo Switch, and Google Stadia!