The Outer Worlds is the latest RPG from Obsidian Entertainment which leverages its incredible writing to create memorable characters. Thankfully, some of these characters are capable of being recruited as companions! Their main job is to aid you in combat, but you'll also find them interjecting during conversations with other NPC's on occasion. The companion system in The Outer Worlds is quite expansive, and this guide will serve as a deep-dive into companion mechanics, including how to recruit each of the six companions! Additionally, this guide was created to be as spoiler-free as possible. 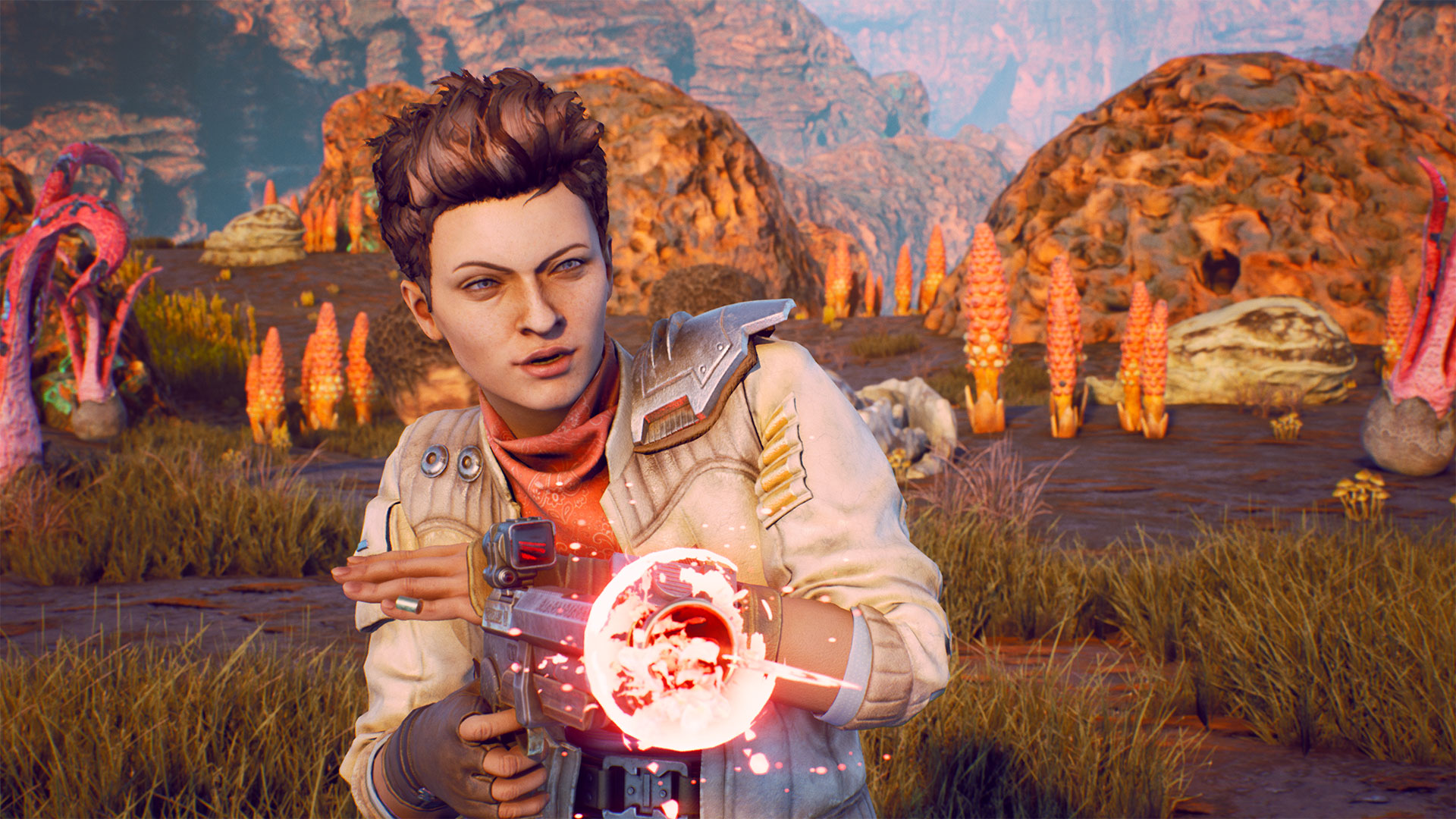 There are six recruitable companions in The Outer Worlds, and players can have two active companions with them at any given time. Companions are customizable with different weapons and armor, and companions that level up will gain a perk point to spend on a list of powerful perks. These perks range from increasing/decreasing threat generated from them to giving your companions a second wind which will immediately revive them if they are downed. Additionally, each companion has a few perks which are specific to that individual companion, allowing you to specialize them in ways that enhance the fantasy of those characters!

Players who wish to specialize in having strong companions can invest skill points into Leadership, which increases the Inspiration and Determination skills. Our advice is to get the Inspiration skill to at least 20 so that companion abilities are unlocked. Companion abilities are special powerful attacks on a short cooldown that players activate whenever they need a bit of extra help in combat! Companions will level up at the same rate as players, and players can control how they behave in combat through the behavioral controls in the companion menus. This includes the distance at which the companion will follow players, which weapon they will primarily use, and how aggressive, passive, or defensive they will be.

Each companion has their own missions and personal objectives that they will ask for help completing, and they also have their own faction allegiances and opinions on what choices the player makes. There are times when a companion may heavily disagree with what the player choose to do, but a companion will never abandon your party unless you tell them to. It's worth noting that player actions will affect companions, and this can lead to different endings within the game. Finally, none of the companions can be romanced, so leave the chocolate and flowers on your ship you hopeless romantic. 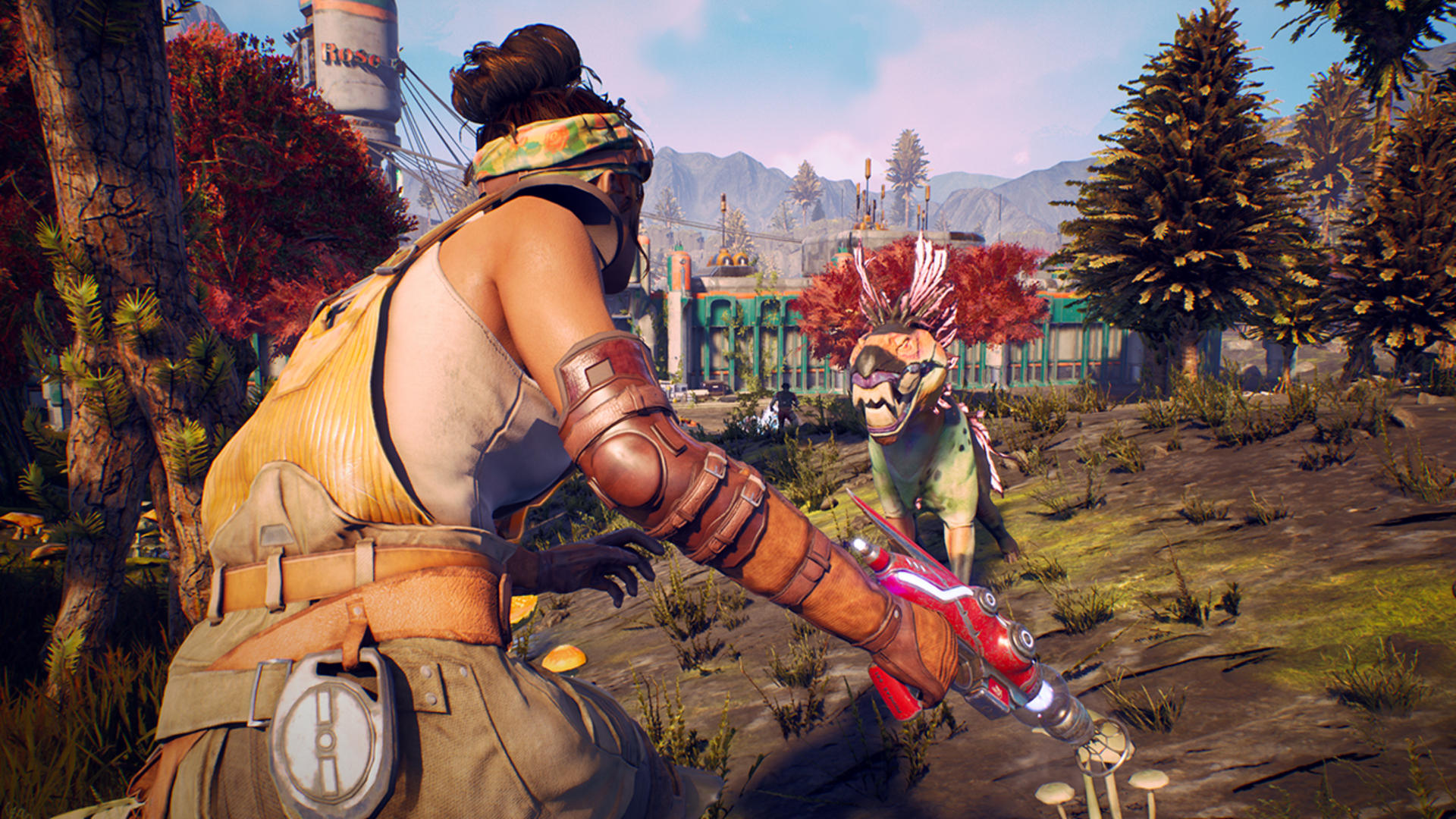 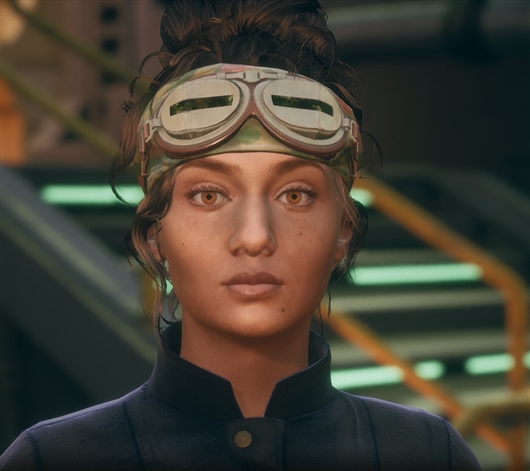 Parvati Holcomb is one of the first companions that you will have the option of recruiting into your party once you reach the starting town of Edgewater. After talking to Reed Tobson at the cannery during the quest Stranger in a Strange Land, Parvati will offer to join you in your travels. Parvati is an engineer working for the Spacer's Choice company who improves the player's Persuade, Lockpick, and Engineering skills while accompanying the player.

Parvati's special ability is Overload, which causes Parvati to slam her hammer down on an enemy which shocks nearby enemies and stuns any automechanicals that are hit. Parvati also has the following unique perks: 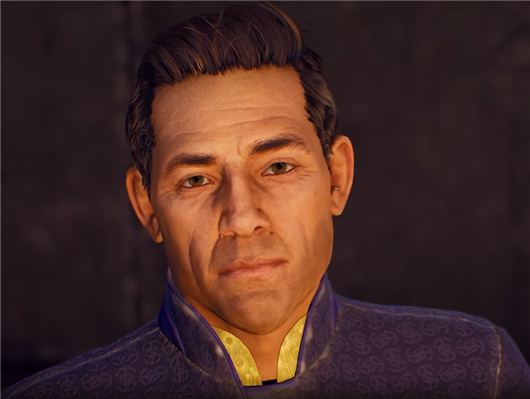 Vicar Max, AKA Maximillian DeSoto, is also one of the first available companions to recruit once players reach the starting town of Edgewater. Talking to the Vicar is suggested by Parvati during the quest Comes Now the Power, but players may talk to the Vicar any time before this quest to start his recruitment quest The Illustrated Manual. Players simply need to find a journal that Vicar Max is looking to retrieve just outside the town of Edgewater, and returning it to him will have the Vicar requesting to join the player's party.

Vicar Max's special ability is Trickshot, which causes him to blast a target with his shotgun. Vicar Max also has the following unique perks: 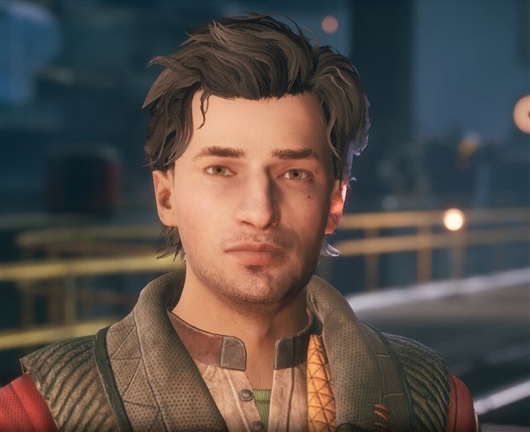 Felix Millstone is the third recruitable companion in The Outer Worlds. Recruiting Felix is rather easy, and simply requires the player to talk to him on the Groundbreaker in addition to no longer having the Unreliable impounded by completing Passage to Anywhere. After talking to Felix and reversing the impound, Felix will meet you at the entrance to your ship the next time you try to board it, and will eagerly tell you why he should join your crew.

Felix has the Dropkick special ability, which causes him to charge at a target, leap into the air, and use his feet to slam the target into the ground. Felix also has the following unique perks: 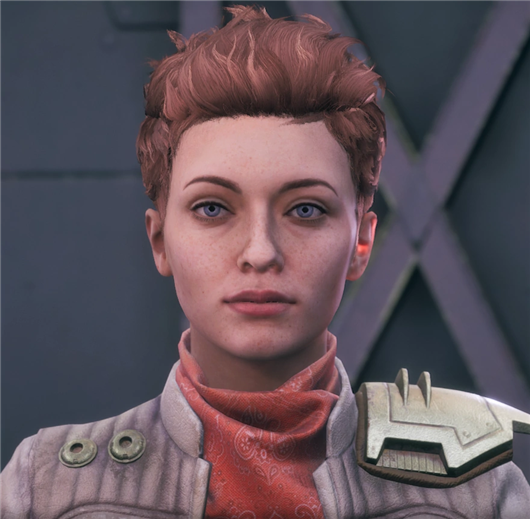 Ellie Fenhill is another possible companion which can be recruited on the Groundbreaker. Players will find Ellie in the med bay looking for someone named Jessie, and when players talk to Ellie they will be able to pick up her recruitment quest Worst Contact. Finishing the quest will have Ellie requesting to join the party! Because Ellie is a medic, she has some powerful perks available which can aid in keeping players alive, and should be considered as a primary companion when playing on Supernova difficulty.

Ellie's special ability is Quick Draw, which causes her to draw her pistol and fire a series of shots at the target. Ellie also has the following unique perks: 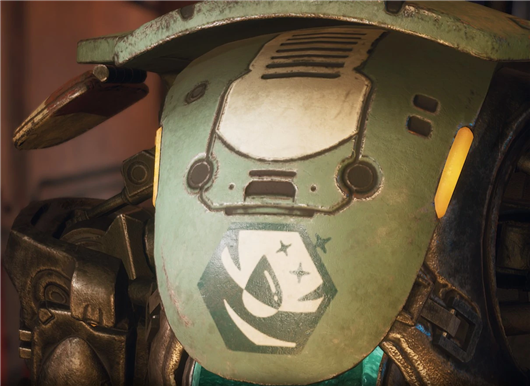 SAM, which stands for Sanitation and Maintenance Automechanical, is a possible companion that is teased once you gain access to the Unreliable's crew quarters. SAM is unfortunately not functional when you first see him, and repairing SAM requires players to complete The Cleaning Machine which is obtained by inspecting him on the ship and then reading through Hawthorne's logs in the captain's quarters.

SAM's special ability is Decontaminate, which causes SAM to jump into the air and landing on the target. He then releases caustic cleaning fluids around him, dealing moderate area of effect damage. SAM also has the following unique perks: 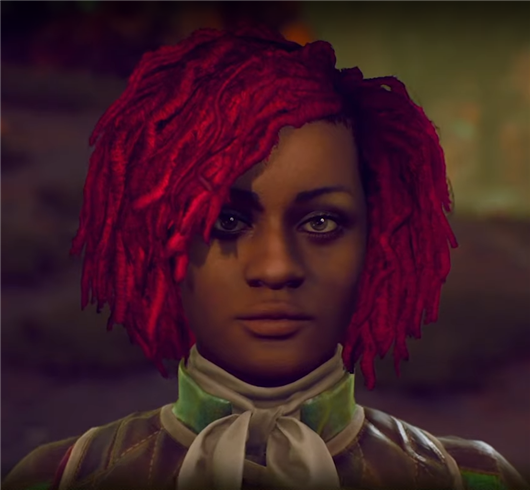 Nyoka is one of the final companions players can recruit within The Outer Worlds, and she can be found on Monarch. Nyoka is a mercenary and big game hunter who loves to blow things up. To recruit Nyoka, players must complete Passion Pills which can be picked up at the Stellar Bay on Monarch. After completing the quest, Nyoka will offer to join the party. If players follow the natural progression curve of the game, Nyoka will be the final companion recruited. Nyoka is also a great companion to have for any players who wish to sneak around, but her late recruitment may lead to other options being more viable.

Nyoka's special ability is Barrage, which causes Nyoka to use her special LMG to damage the target and set nearby targets on fire. Nyoka also has the following unique perks: 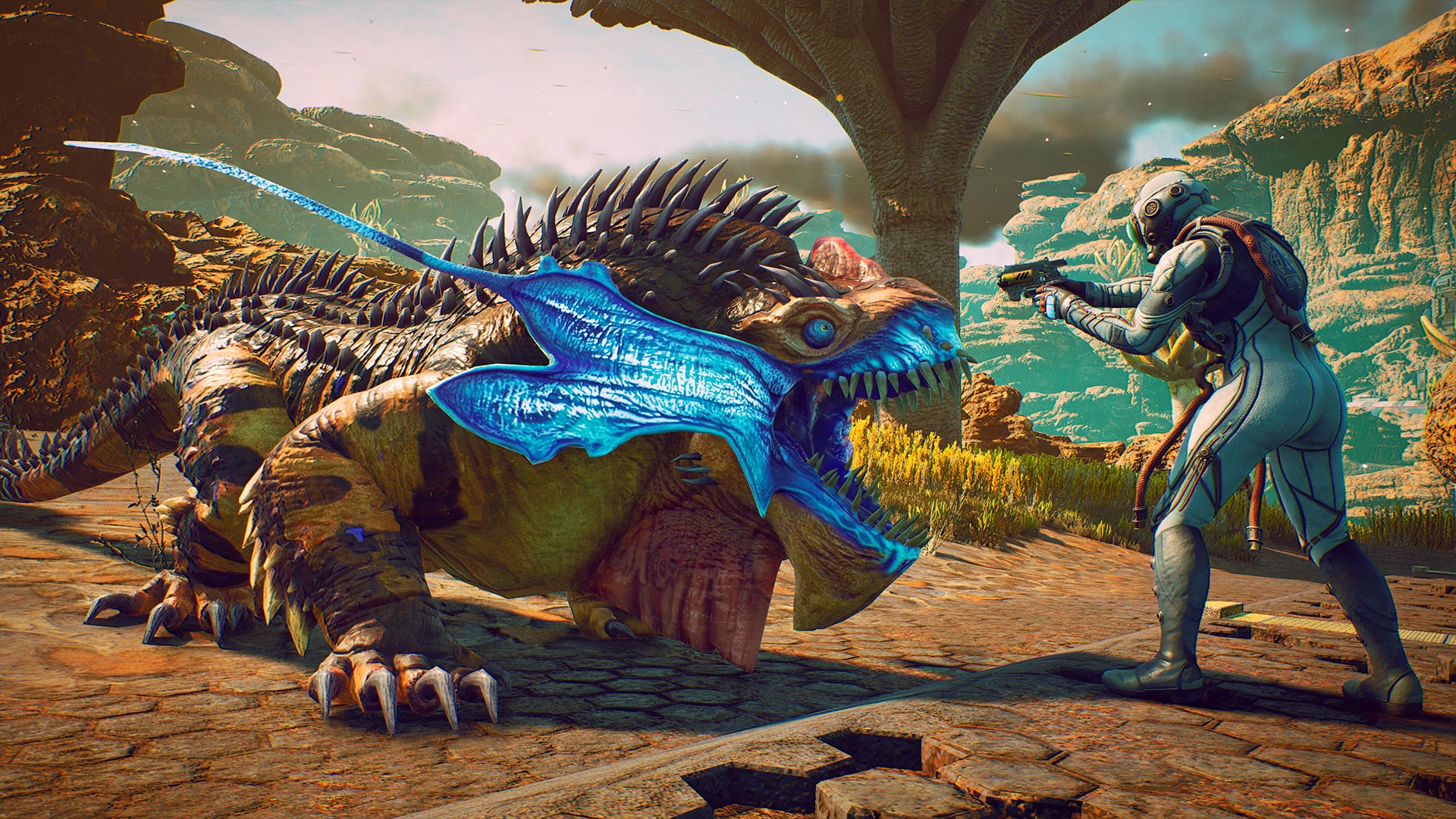 While it's completely possible to play The Outer Worlds without using companions, and instead taking the Lone Wolf perk early on, companions add so much more personality to the world through their unique characterizations. Companions also give players countless utilities that make exploration and combat exponentially more fun, while also providing players with additional personal quests to go on! Be sure to visit our wiki here for more information on The Outer Worlds!

Chris is a content creator on YouTube who covers all things gaming and nerdy! He plays a large variety of games, including competitive shooters and strategy games, but specializes in role-playing games. Chris has been creating gaming content for over ten years and is an indie game developer in his spare time. He is also an avid tabletop gamer, and has a +3 bonus to devouring cereal.