The Best Roguelike Games of 2020

Whoever said Hell is repetition never sunk their teeth into a roguelike. Designed around replayability, roguelikes are championed by gamers with a penchant for punishment. Overcome their notorious challenges and feel invincible, but fail and run the risk of starting over, thanks to the genre’s emphasis on permadeath, progress-resetting deaths, and procedural generation.

2020 is a landmark year for roguelikes. With long-awaited sequels and herculean efforts by acclaimed developers, there’s never been a better time to sink hours into the genre.

Here are the best Roguelike Games of 2020.

Maybe hell is repetition, after all. Hades blends roguelike gameplay with developer Supergiant Games’ signature storytelling to create a gaming experience of mythic proportions. In it, players take on the role of Zagreus, son of Hades, as he attempts to leave the underworld for good.

Filled with deities, trials to overcome, and a novel progression system that encourages conversing with a delightful cast of mythological characters, Hades players find themselves wanting “one more run.” The fact it’s drop-dead gorgeous doesn’t hurt either, of course.

A delightfully challenging subterranean adventure perfect for bite-sized sessions, Spelunky 2 proudly picks up where its beloved predecessor left off. Utterly chaotic, unpredictable, and hilarious, Spelunky 2 proves there’s more to a good roguelike than a successful run.

With ropes for rappelling, bombs for blasting, and an arsenal of useful gear to collect, Spelunky deals in reactive gameplay where no two sessions are identical. As punishing as it is entertaining to play, Spelunky 2 is sure to be a favorite of many for years to come.

Roguelikes get their name from Rogue, a 1980 video game that introduced the world to the systems and mechanics that would define an entire subgenre. Jetboard Joust’s lineage can be traced back nearly as far, with the PC game serving as a sequel to 1989’s Skateboard Joust.

Like Enter the Gungeon before it, Jetboard Joust marries aspects of arcadey, bullet-hell shooters with roguelike level designs. Players progress by fending off waves of increasingly difficult alien invaders and protecting innocent civilians abductions before charting a course through procedurally generated stages. Rife with explosive combat and a challenge that packs a punch, Jetboard Joust brings old-school action to the modern age.

A few years can make a world of difference. Following the runaway success of 2013’s Risk of Rain, the series returned with a vengeance and a new perspective this year. Risk of Rain 2 trades side-scrolling for 3D locales littered with secrets, resources, and endless enemies.

Like most roguelikes, Risk of Rain 2 challenges players with completing stages before defeating a final boss. However, there’s a twist. The longer a run takes, the more difficult foes get. It’s a race against the clock forcing players to choose between grinding and rushing toward the end.

A surreal roguelike that plays out across the heroine’s dreams and waking life, Dreamscaper’s narrative conceit allows for a natural implementation of ever-changing environments with each subsequent run. Each night, protagonist Cassidy is whisked away to twisting worlds manifested from her hopes, fears, and memories. As a lucid dreamer, she’s blessed with the ability to manipulate the nightmares around her and fight back against her personal demons.

Dreamscaper balances dungeon exploration with relationship-building vignettes that recall the Persona and Fire Emblem series. During the day, Cassidy can foster friendships that unlock powerful perks and new abilities, allowing her to power up and overcome her nightmares. Check out the Official Wiki here.

Another roguelike set belowground, UnderMine is all about gathering precious minerals and digging deeper. Your adventure through procedurally generated mines is fraught with perils, which makes the game’s revolving door of playable protagonists both a welcome addition and a dark commentary on the fantasy setting’s view on labor relations.

Fortunately, UnderMine opts for an RPG-lite approach to character upgrades with persistent unlocks that carry over on subsequent runs. Full of secrets, boss battles, and a delightful learning curve to master, UnderMine is surely a hidden gem among roguelikes. Check out the Official Wiki here. 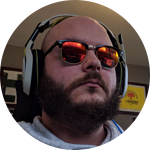 Will is the Global Community Lead for Fandom and Gamepedia. Outside of work, he enjoys golf, Downton Abbey, craft beer, hiking, and a bunch of other things he can't do anymore because of 2020.