Hideo Kojima is rumored to be leaving Konami after his work on Metal Gear Solid V is done. The news has sent the Internet into a paranoid spiral over the status of the franchise going forward and the uncertain future of Kojima after the games release. When game designers, directors, and producers leave studios they are practically synonymous with, the backlash is often felt for years to come. The people on this list left many more questions than answers when they parted ways with their longtime homes.

Inafune had worked for Capcom 23 long years before leaving the mega publisher in 2010. it was a shock to the industry, considering he had just been promoted to a pretty big managerial role in company a year prior. It was no secret that Keiji wasn't incredibly fond of the work he was involved in around that time. He would commonly criticized Japanese developers for what he perceived as a lack in willingness to innovate as compared to the west.

Inafune is credited as the driving force behind hit franchises like Mega Man, Onimusha, and Dead Rising. He left Capcom guaranteeing that he wasn't done in the industry. He surfaced again a few months later with his own studio, Comcept. Unable to create sequels to the franchises he made famous, as they were owned by Capcom, he had to think outside the box. After a successful Kickstarter, his first major game, Mighty No. 9, looks a whole lot like a game he used to make.

Shinji Mikami is another historic figure in the industry to leave Capcom suddenly. Responsible for both inventing and revitalizing the survival horror genre (with Resident Evil and Resident Evil 4) Mikami was given plenty of room to be creative with Capcom. He was well known for a willingness to take risks. Some of them good - we have him to thank for Devil May Cry. Some of them not so much - i'm looking at you, P.N.03.

Mikami would settle into Clover Studio, which was owned by Capcom, in 2004, and would release the gloriously crazy God Hand in 2006. Clover got dissolved in 2007, and instead of shuffling back into Capcom, he would join some ex-Clover colleagues and form what would become Platinum Games. The bad blood between Capcom and Mikami isn't there, as it was with Inafune, but his interest in passing up his cushy corporate job is curious. 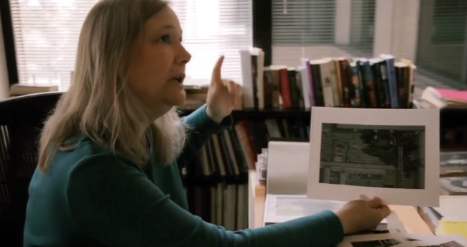 Amy was a mainstay at Crystal Dynamics for years, working on the Legacy of Kain Series and the Soul Reaver games before joining Naughty Dog as creative director. She’s credited as the main creative force behind the Uncharted series, one of Sony’s best first party franchises.

So, it was a great shock to hear of her departure from the studio in 2014, as Uncharted 4 was still in development. What brought her to leave Naughty Dog for Visceral is a story not yet told, but it’s proving to be one of the most interesting mysteries in the industry.

Fumito Ueda was lead designer for Team Ico's masterpieces from Studio Japan, Ico and Shadow of the Colossus. Lauded for their artistic vision, Ueda is widely regarded as one of the most uniquely talented directors of the PS2 era. When his third game, The Last Guardian, was announced for the Playstation 3 in 2007, people were understandably excited.

The game has become the butt of many jokes, not because of its quality but because it has failed to surface since its announcement. It's missed the entire PS3 cycle and has shown no signs of life since it's E3 debut in 2009. In 2011, Ueda officially left Studio Japan as its in-house designer, but he remains the director of the wayward project until its finished (if that ever happens.)