Justin Bieber got roasted in 2015, and it's hard to argue that it wasn't rightly deserved. Since becoming a break out child pop sensation, he's been wreaking all sorts of Canadian-flavored havoc on the collective psyche of the human race. By the flames of harsh criticism and scalding insults, the roast may have been exactly what he needed to being anew on the road to redemption. Isn't it about time some video game characters got the same treatment?

Some of the characters on this list are just decent guys and gals who should get their due, in a show of comradeship and reverence. Some of these characters are a bit too big for their britches and need to be taken down a peg. They all deserve a turn in the hot seat, nonetheless.

The Blue Blur definitely deserves a good ribbing. He was created to be the edgy, rebellious alternative to Mario, but was really a more annoying outlier. In his rabid attempt to be “cool” he only revealed himself as shallow and silly. That and he has like 30 games, and only a handful are any good. I can hear this zinger now: 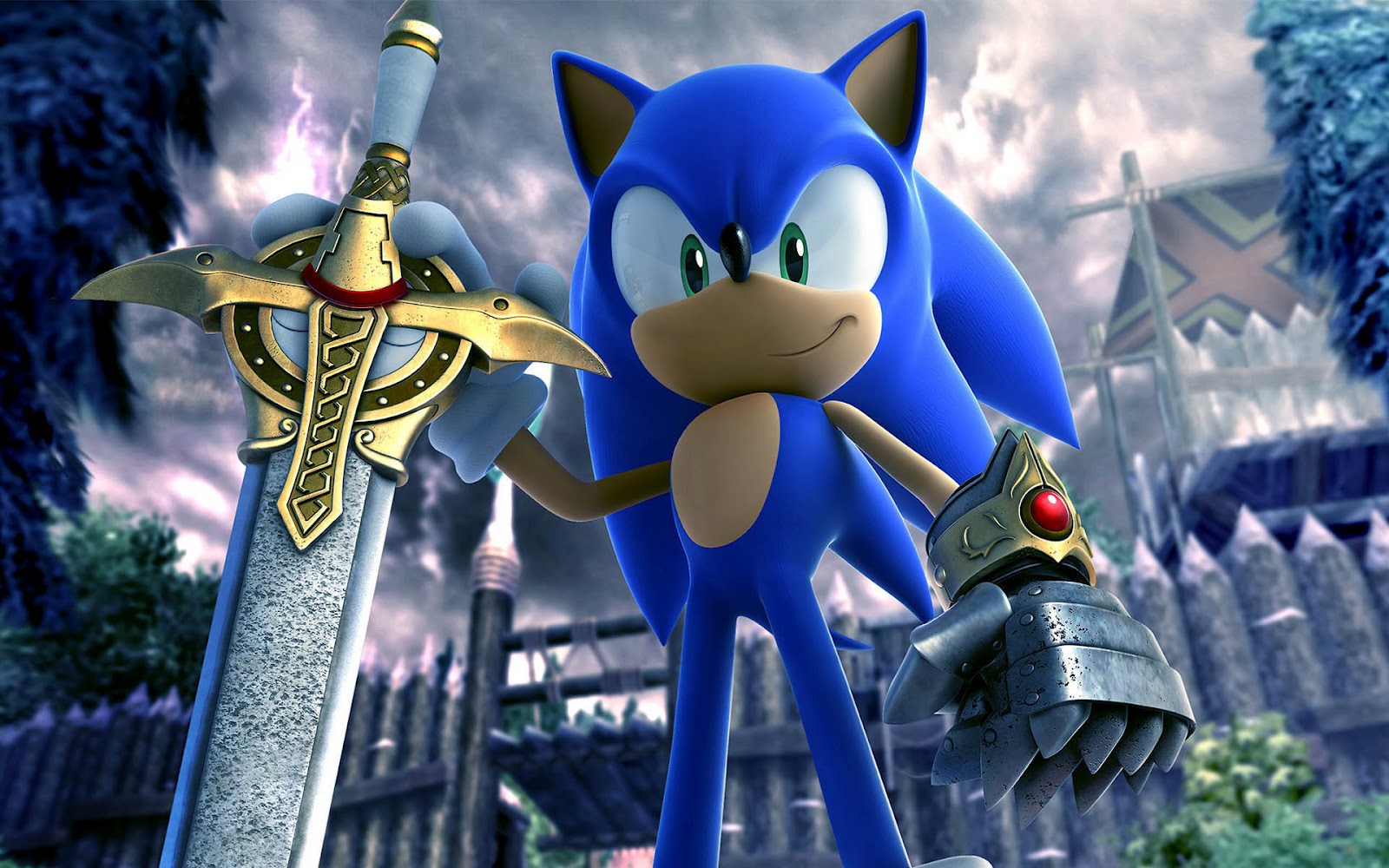 Clad in green, this elf-like man boy has been saving Hyrule - and other Hyrule-like dimensions - for decades. Everyone likes a true and noble hero, but it may be about time to call Link out on some questionable choices. Like his affinity for green skirts, or his beef with poultry. Imagine Navi hitting him with this stunner:

“Good thing one of the golden triangles isn't ‘Vocabulary’.” 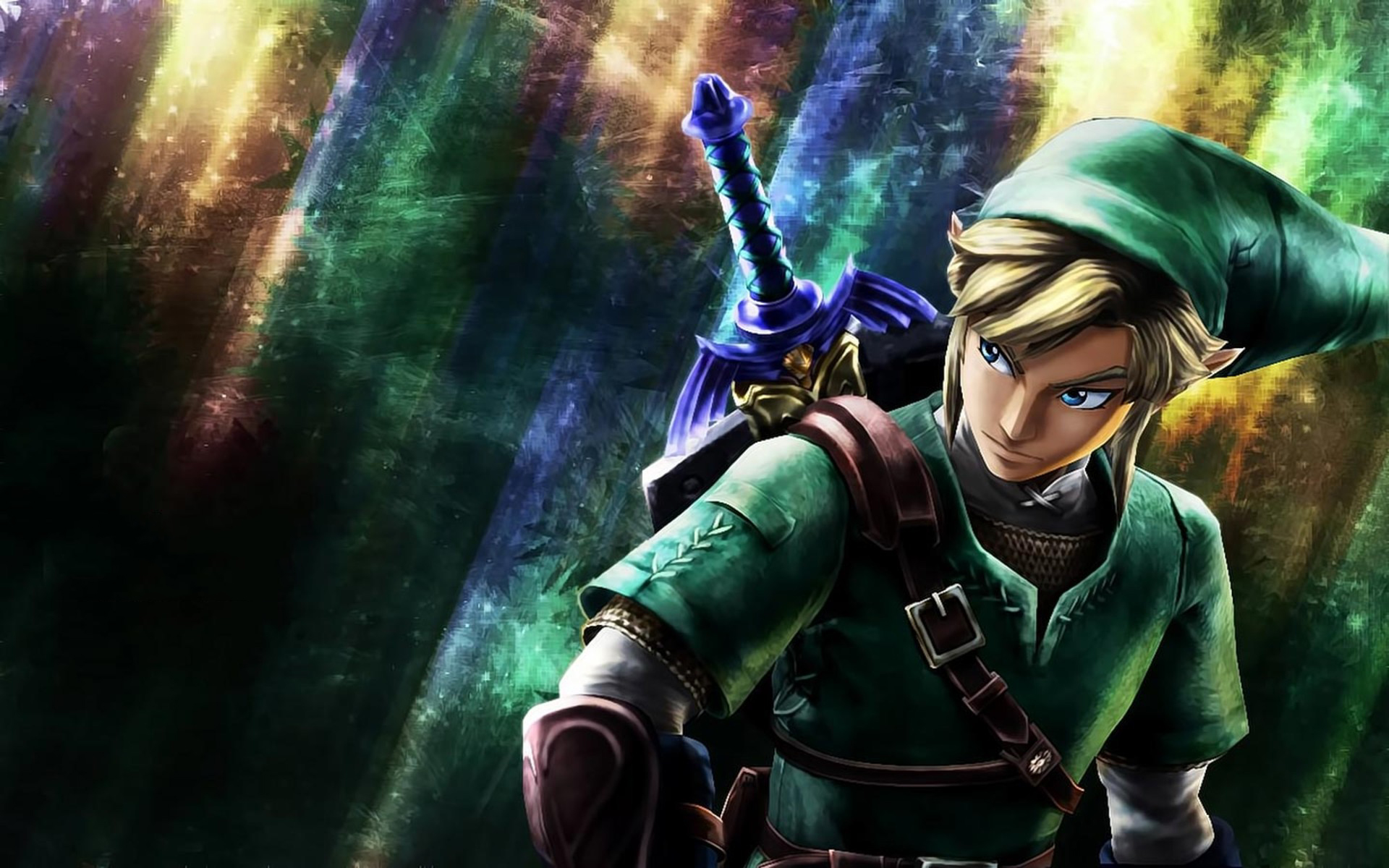 Reluctant hero and prodigal teenage heartthrob, Squall has way more going for him than he’s willing to realize. Fear of failure pretty much drove every major decision he faced to a screeching halt. Even his main squeeze, Rinoa, was often confused by his needless inaction. She’d be the perfect person to nail him with a line like:

“I’d say ‘go cry about it’ but you’ve never needed permission to do that, have you?” 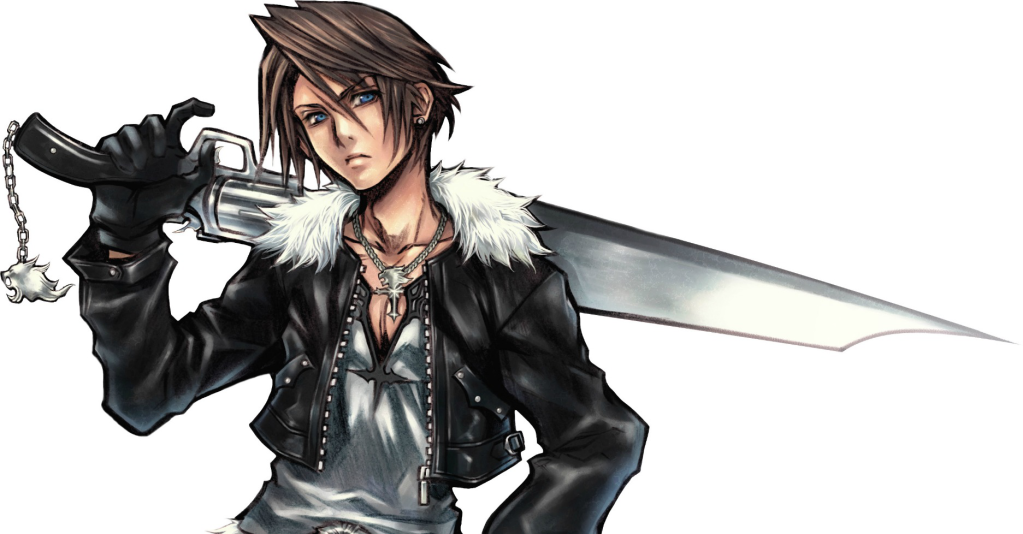 It’s funny, because normally an amphibious talking octopus that plots and schemes would be pretty impressive. Ultros finds a way to squander his incredible natural gifts almost every time he uses him. It may not be his fault, mind you; he is just an octopus fighting monks and Espers. Jump in the ocean, pull an octopus out, and punch it in the face. It’s the same outcome every time. After Kefka reminds him of his lack of humanity, he can put him away with this doozy:

“All those arms and none of them have a grasp on reality.” 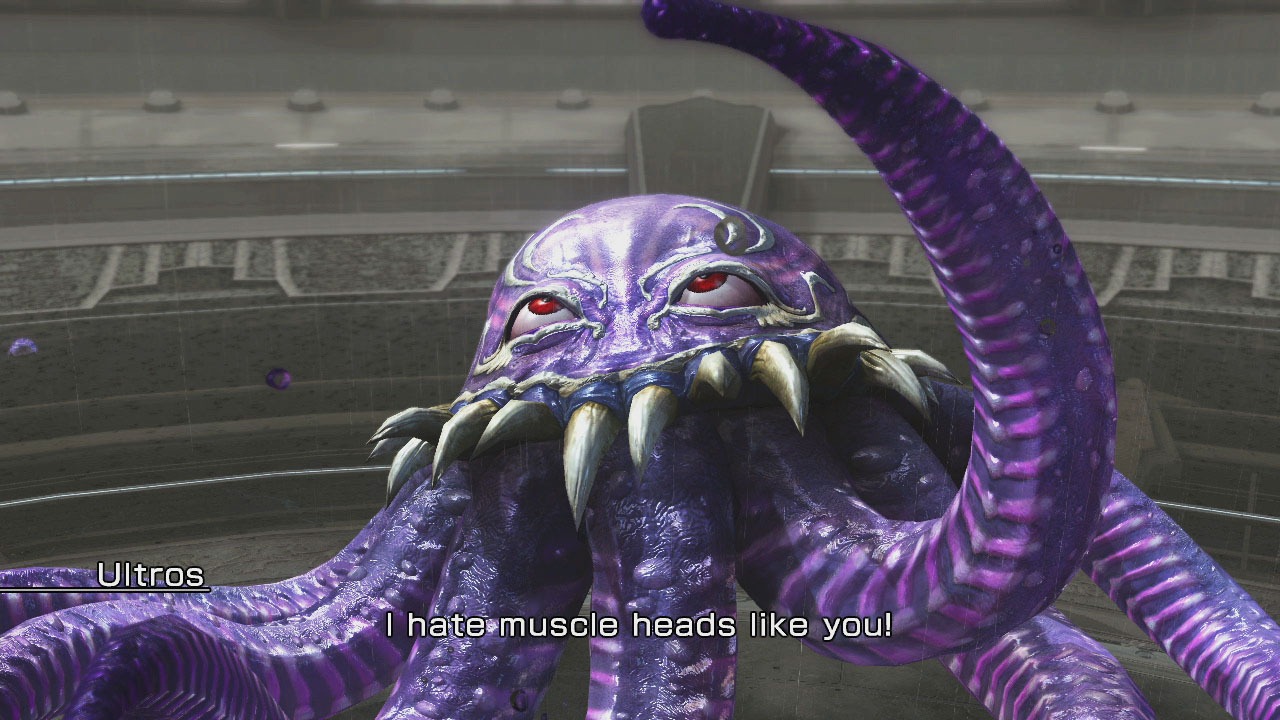 Heavy is the head of a housecarl, conscripted to follow a thane on his travels, however dangerous. There’s no guarantee that being forced to assist important figures in Skyrim makes you qualified for the task, though. Sometimes you’re just really a fireball target or a trip wire remover. Lydia is naturally gifted at being both. The Dragonborn can remind her of her utility with a little ditty like this.

“You should focus less on carrying my burdens and more on not finding traps with your face.” 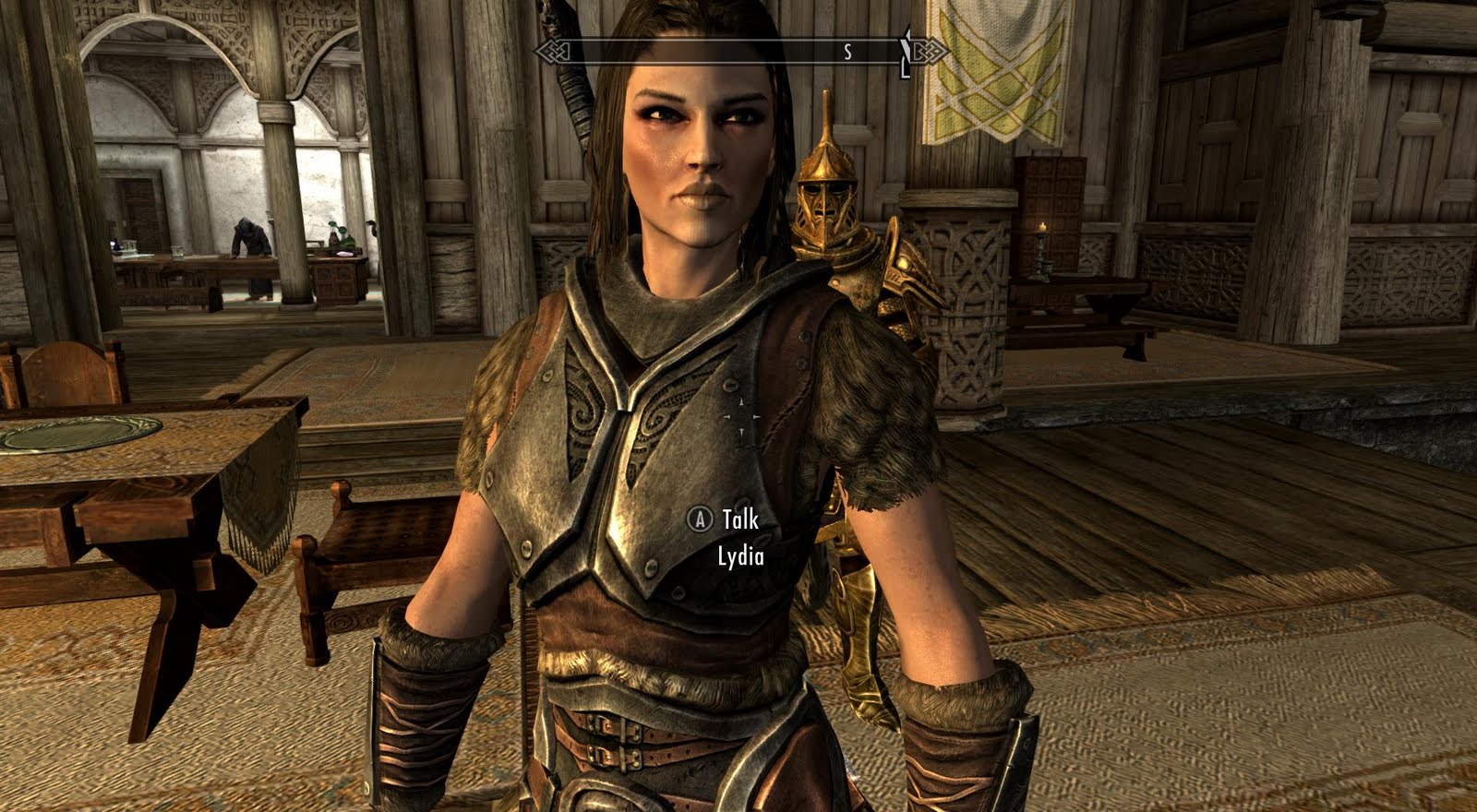 Also known as “Guardian’s Worst Nightmare,” Rahool is responsible for turning Tower visitors' engrams into items. He has a bit of reputation for not delivering the items players think they might deserve. Well, he can’t get away with that, can he? Someone has to do something, and if a patch won’t fix it, maybe the Speaker delivering a burner like this could cure him:

“I’m better off waiting to exhale than waiting for a legendary.” 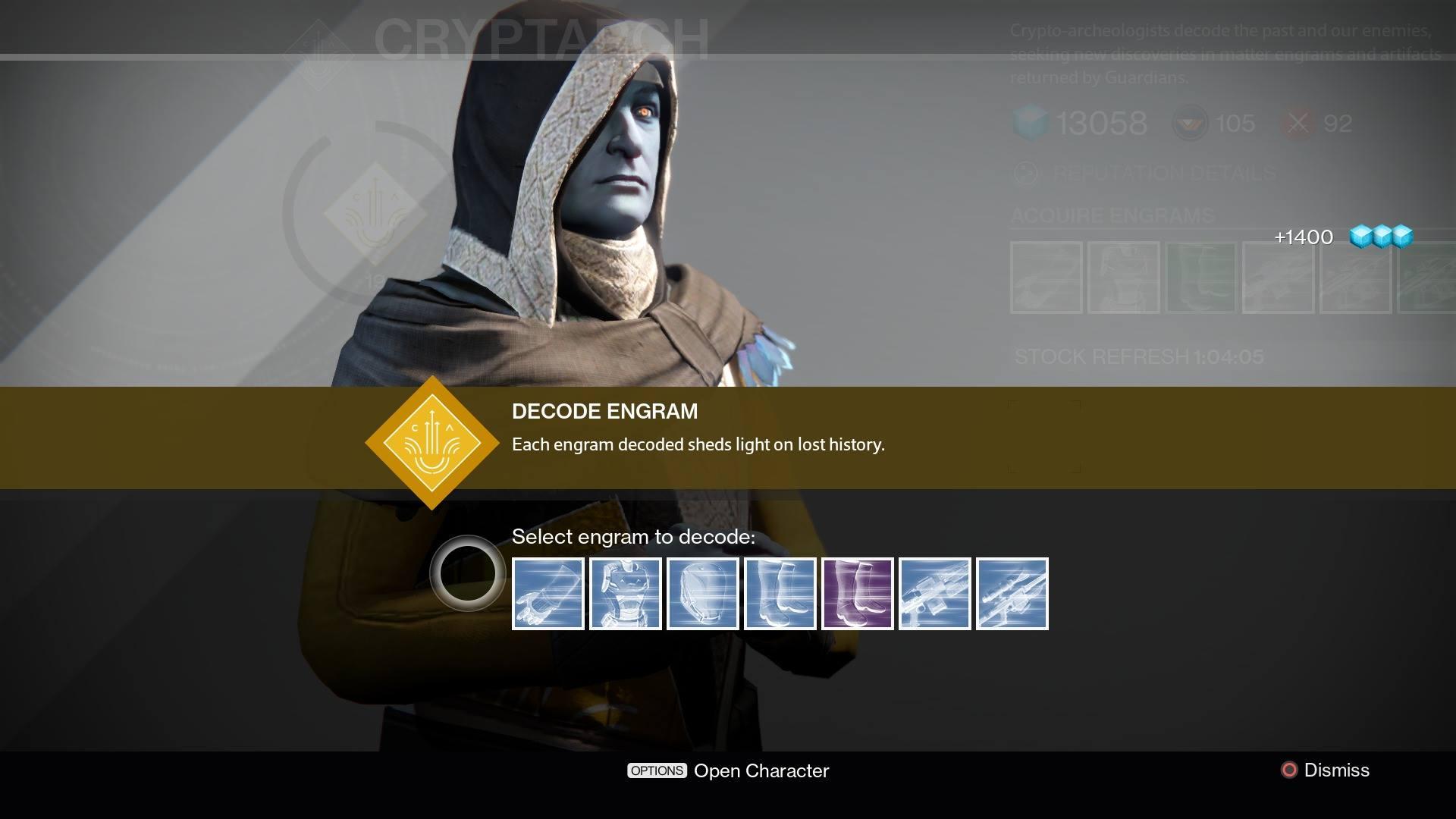 Everyone’s favorite swashbuckling dwarf is usually the most charismatic person in the room. That doesn’t make him immune to a good lashing, especially since he is usually the one in the party doling out the insults. You can roast people out of respect, and Cassandra should do so with wielding a joke like this: 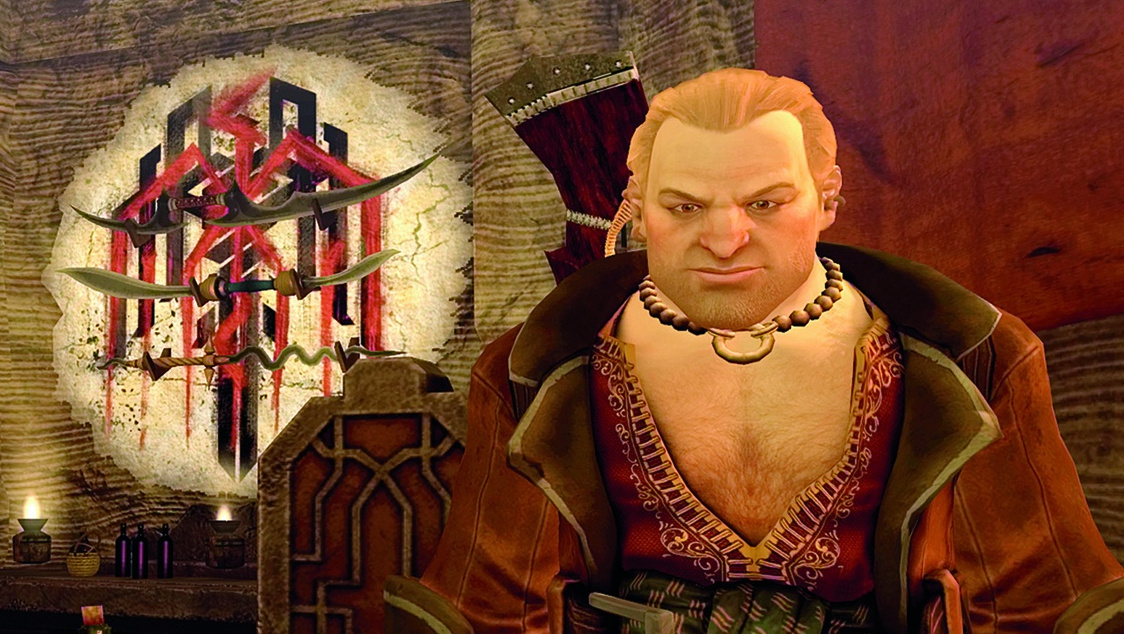 What a conflicted little man Kuja is. It doesn’t help that he looks like what happens when Boy George and Prince do the fusion dance. Immensely powerful in the ways of magic, I really have to call into question the the strength of his wardrobe. Garland should ask him the hard hitting questions like:

“Did Kylie Jenner hook you up with that outfit?” 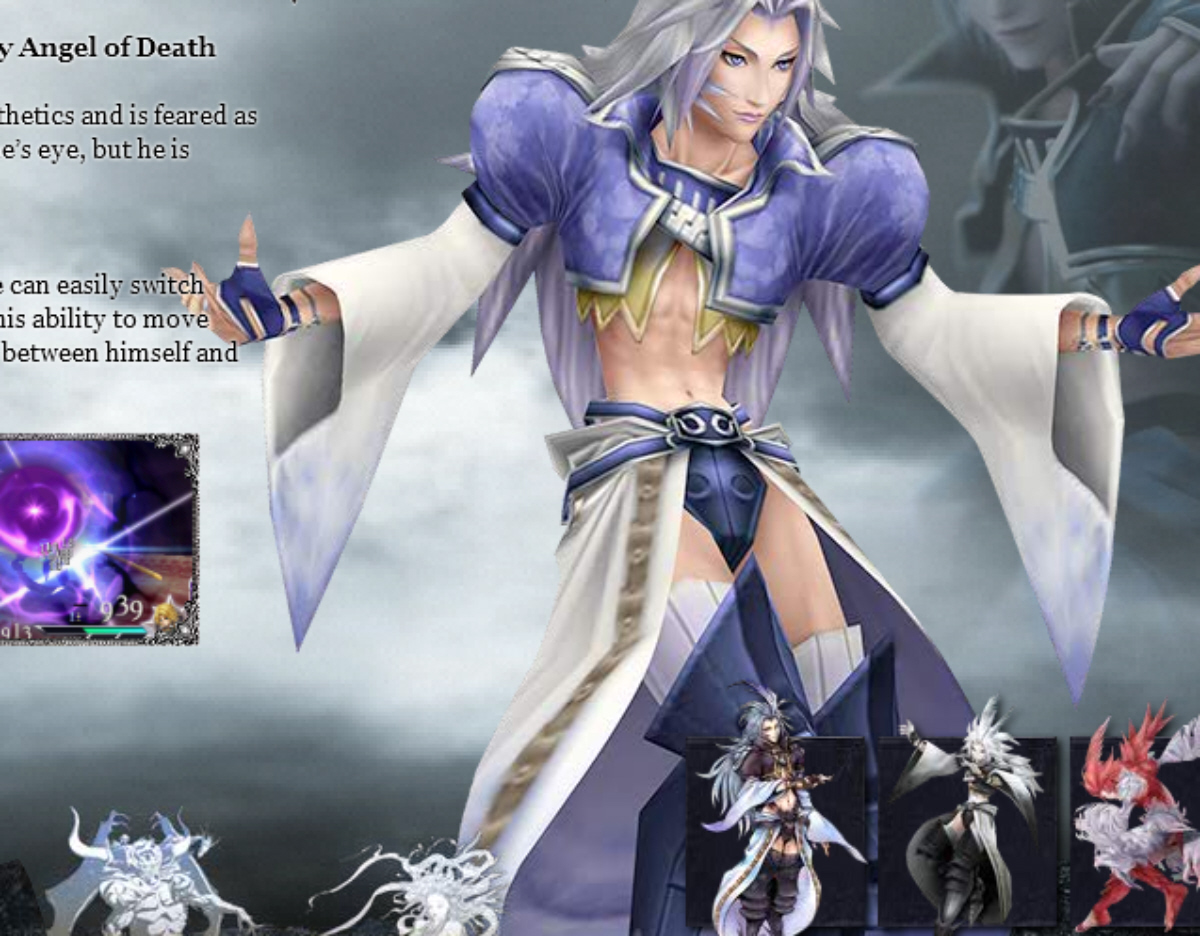 Trevor is a bit of a mess. Equal parts harmless basket case and extremely dangerous psychopath, Trevor is often a fan favorite when it comes to video game characters. Not to everyone, though. To some he’s just too ridiculous. People are afraid to put him in his place because they’re never quite sure how he’ll react, but he has a pair of partners who deal with him enough that they might be willing to take a chance. Frank and Michael can hit the podium at the same time and draw straws over who hits him with this one:

“You couldn't sell me enough meth that would make you bearable.” 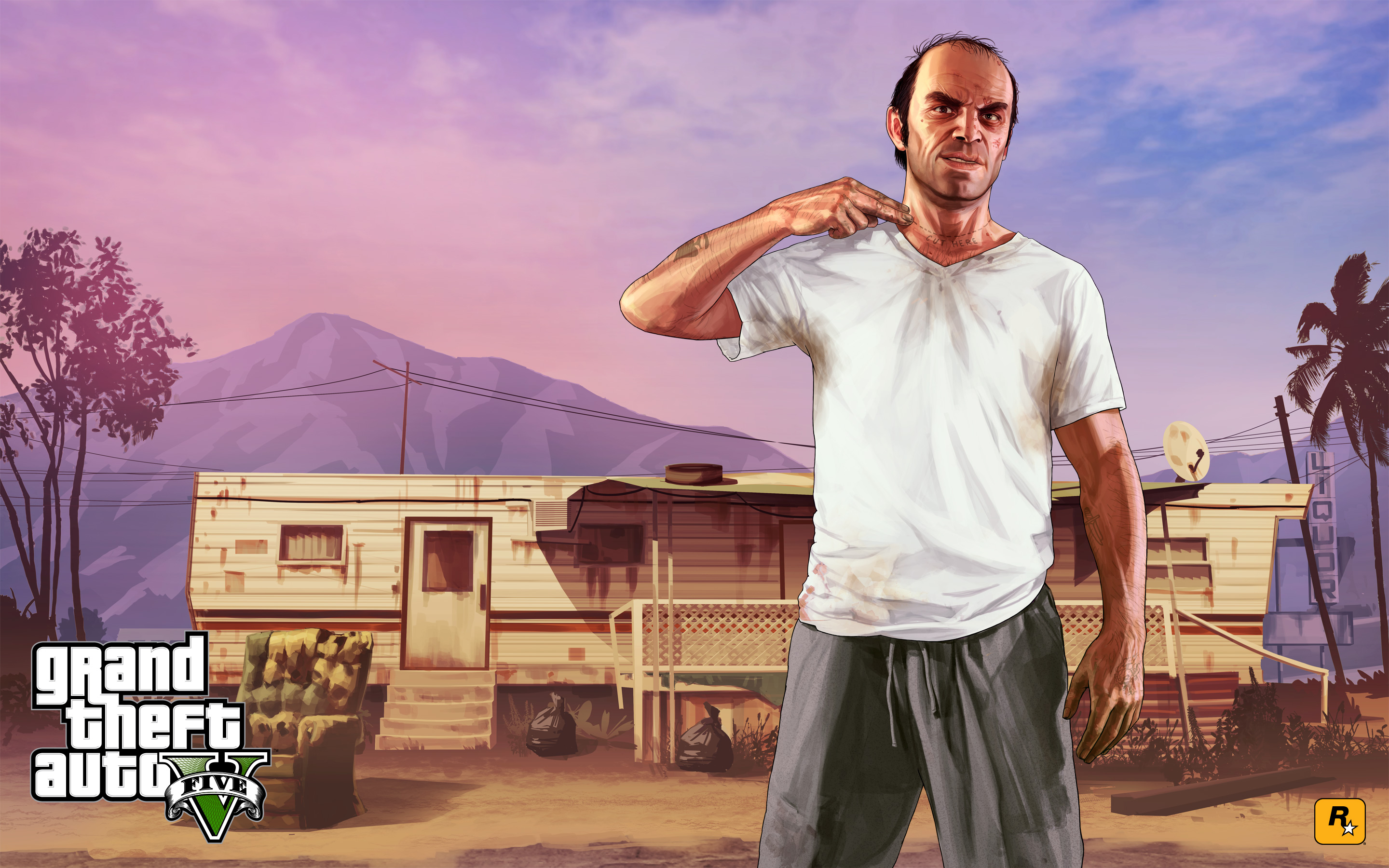 It must be really weird to be Waluigi. You’re not incredibly clever, not like your buddy in crime Wario. You don’t really have a purpose, except to back Wario up when he starts beef with Mario and Luigi. Oh, I guess you can fill a spot in Mario Party games. It took something like 30 years for Toad to get his own game, and I’d reckon it would take twice that for Waluigi. In the ultimate irony, Wario himself could roast the poor guy with this one:

“You’re a spinoff’s supporting character. How’s it feel being the Khloe Kardashian of sidekicks?” 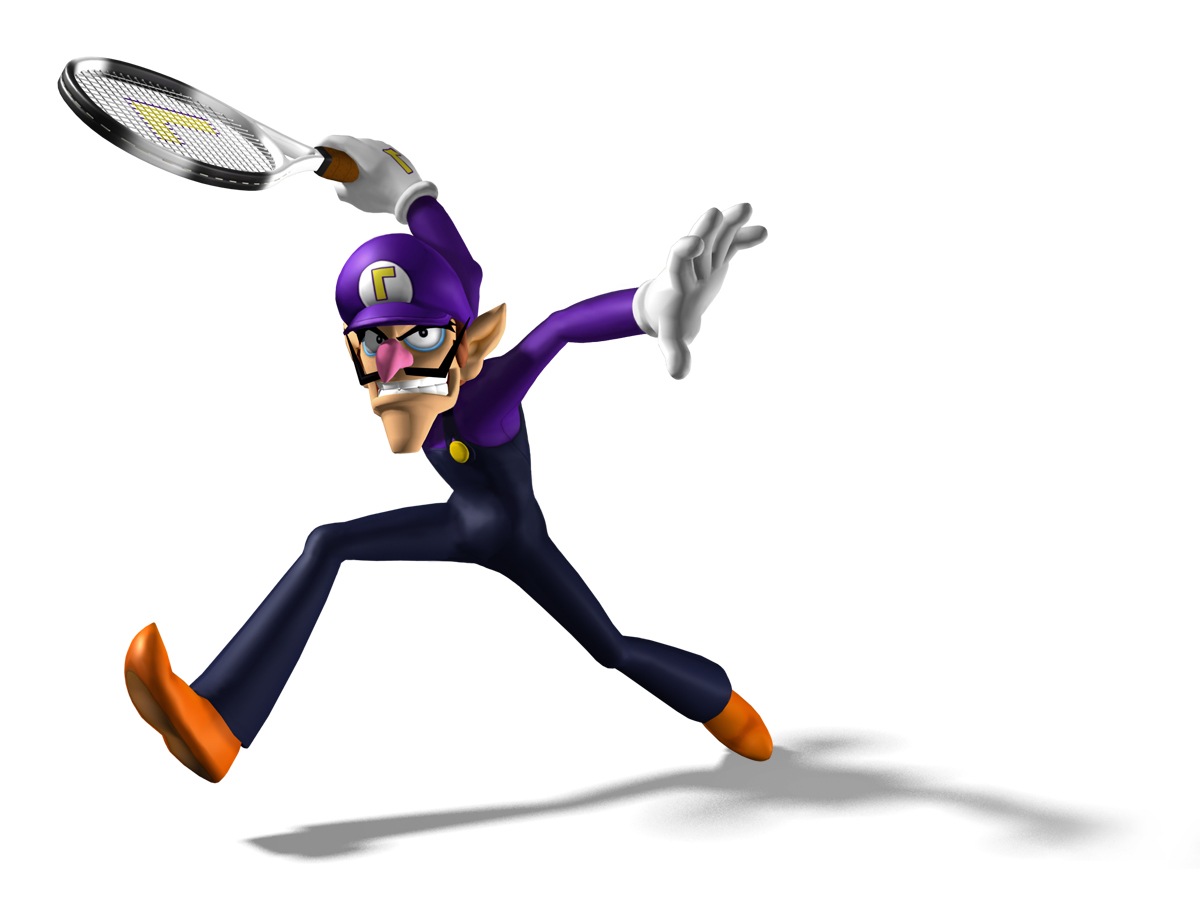 Everyone likes Drake, right? He’s smarmy, good-looking, well traveled, etc. He’s also kind of a jerk. Or at least, he was a jerk - seems like the 4 games he’s been in so far he’s been running away from a time in his life where he was an interesting character. Who better than his tag team partner, Sully, to pull him back to Earth with a solid buzzer like this:

“How much magic tree sap do I have to drink to make you funny?” 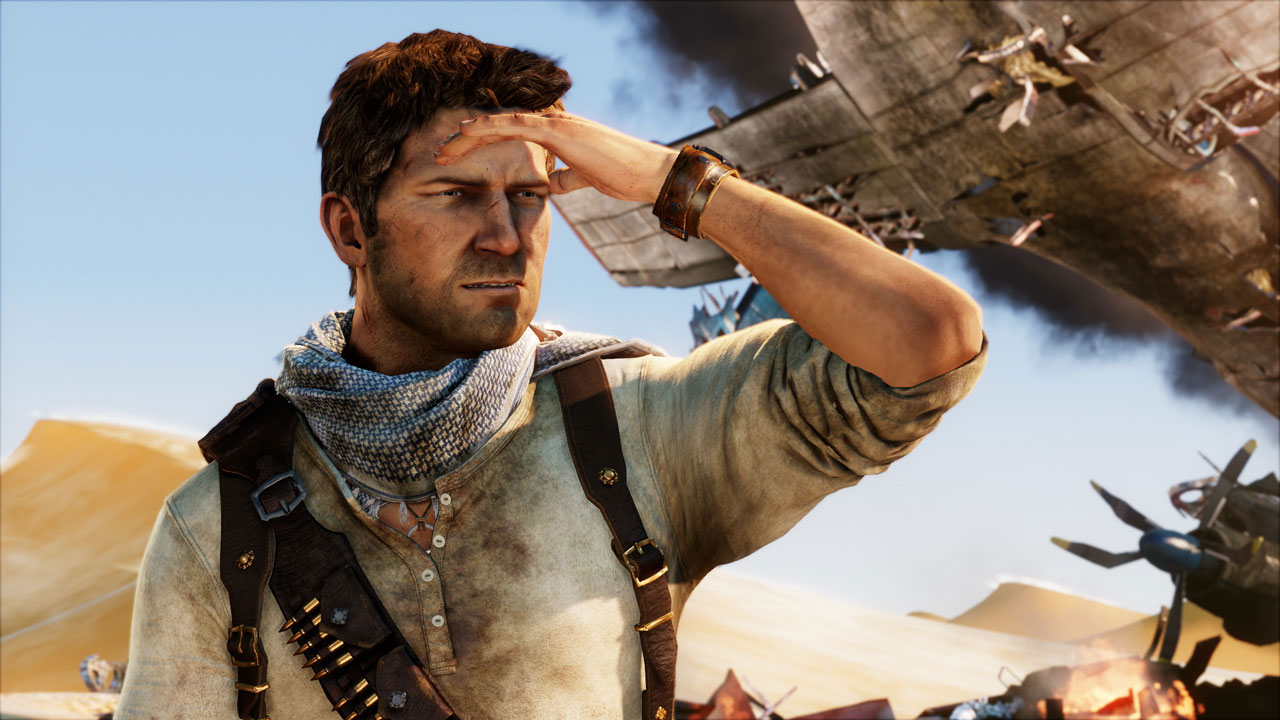 Oh Wesker. Once a stooge of Umbrella, he became his own boss, injecting himself with a volatile virus that made him superhuman. It also must have changed his brain patterns, because no one walks into a store and buys that much leather at once. And what is with his creepy obsession with Chris Redfield. Leave it to Jill to lay down the pain:

“If only you were attracted to good ideas as much as you are to Chris’s biceps.” 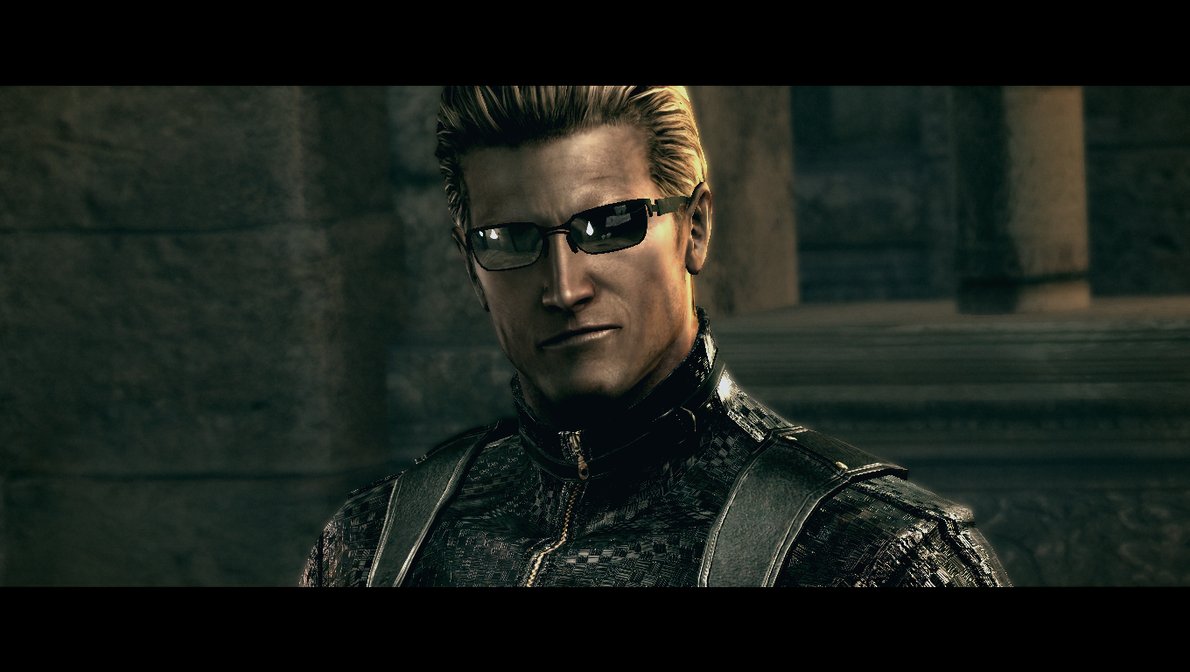 Who else deserves to be sat in a chair and shellacked verbally? Comment below or tweet @CurseGamepedia with your suggestions.

5 Games You Should Only Play Once