After an eerie Twitch stream earlier this week, Square Enix officially announced the follow up to their 2011 smash hit Deus Ex: Human Revolution. Deus Ex: Mankind Divided will pick up where the first left futuristic first person shooter-role playing game left off, following Adam Jensen out of the Golden Age of human augmentation and into a dark and uncertain future for people who have robots where their body parts should be.

As much praise as Human Revolution got for being inventive and moody, there were some glaring issues. If these problems didn’t make it into the next installment, people probably wouldn’t mind. 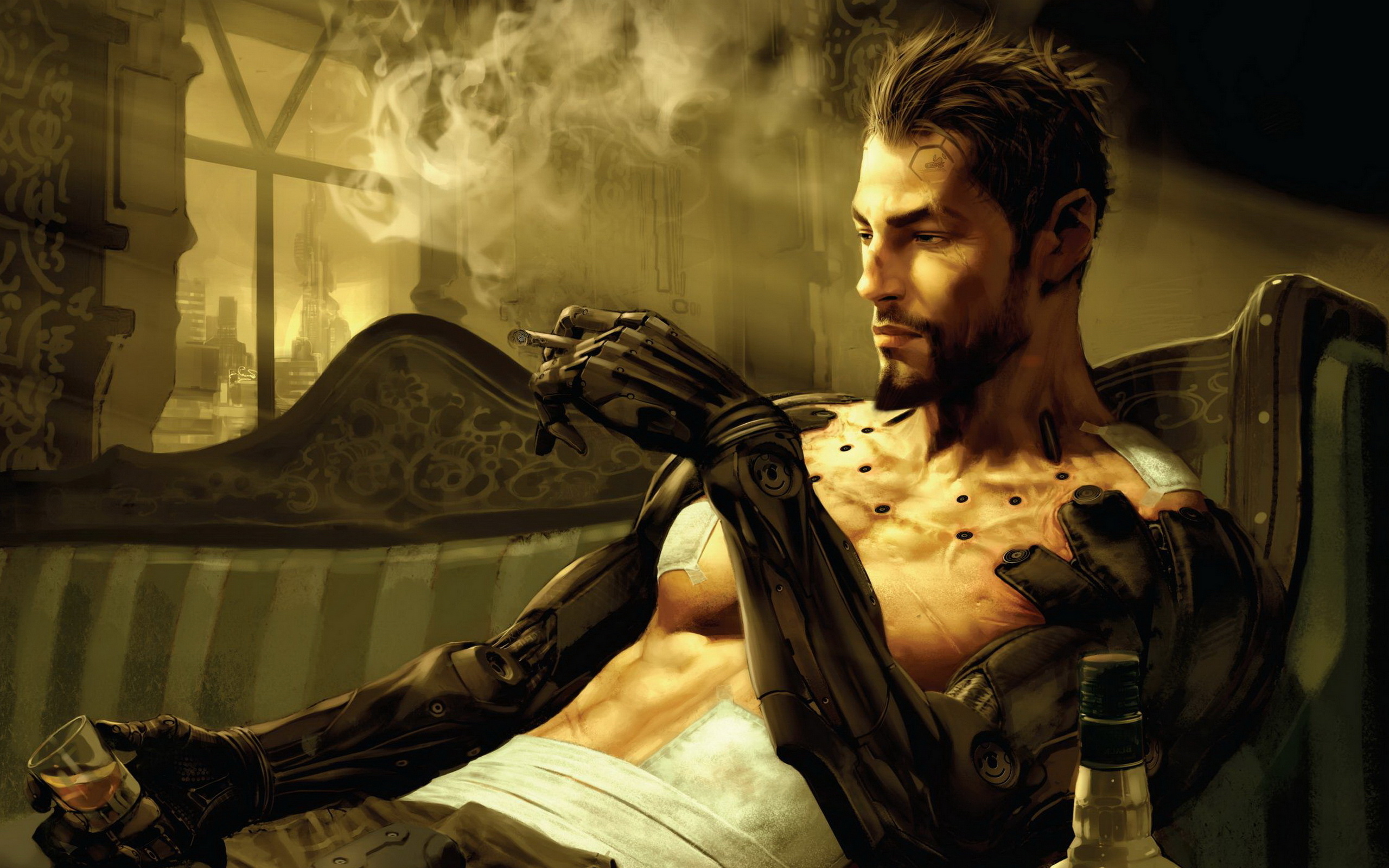 If there is any one thing that Human Revolution consistently dropped the ball on, it was enemy behaviors. No matter if you were playing it quiet with stealth or loud with guns blazing, corporate mercs and street goons alike never fully embraced the wide array of tactical options that their robot parts should afford them. If they had them, of course.

When it was time for open gunplay, enemies would mindlessly stick to cover more often than not. While behind a low wall or a storage crate, they’d go to the “spray bullets wildly” well way too often. If they left cover, it was to run in aimless circles, usually trying to get back into the position they just left.

In stealth, the patrols were so one note and predictable that you could lure them into traps by accident. The pile of casualties left 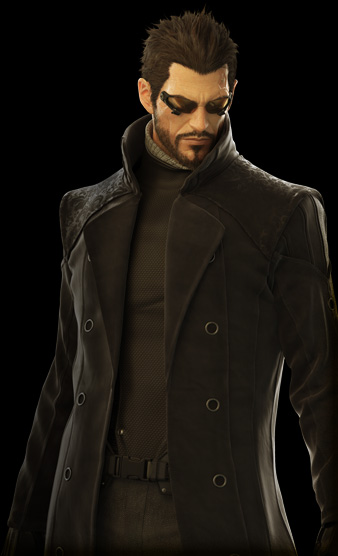 by your shadowy wrath would be more humorous than morbid, as picking guards off one by one became more of a foregone conclusion the stronger you got.

Your stealth skills, like cloaking for small amounts of time and jamming camera feeds, are incredibly useful when you focus on them. The counterbalance is supposed to be your lack of general combat prowess, but if the enemy is too stupid to take advantage of your weakness when you're inevitably caught, then the risk disappears, leaving only reward.

Taking lessons from series like SOCOM, Metal Gear, or even Miyasaki’s Souls games, Eidos has to give enemies a killer instinct. They need to want me dead, not just want to sit behind a box and hope I go away. They need to be able to develop better plans among themselves, or rely more on lethal machines to do the work for them. This is the dreary, cyberpunk future, after all.

The neo-noir atmosphere of New Detroit is dizzying and inspiring. The world is in economic and moral turmoil, and everyone in it is generally cynical and pessimistic about the roles they play in it. Whether a character is distracting themselves with delusions of entering a higher social caste with new bionics, or they are brutally complacent with their place on the bottom. 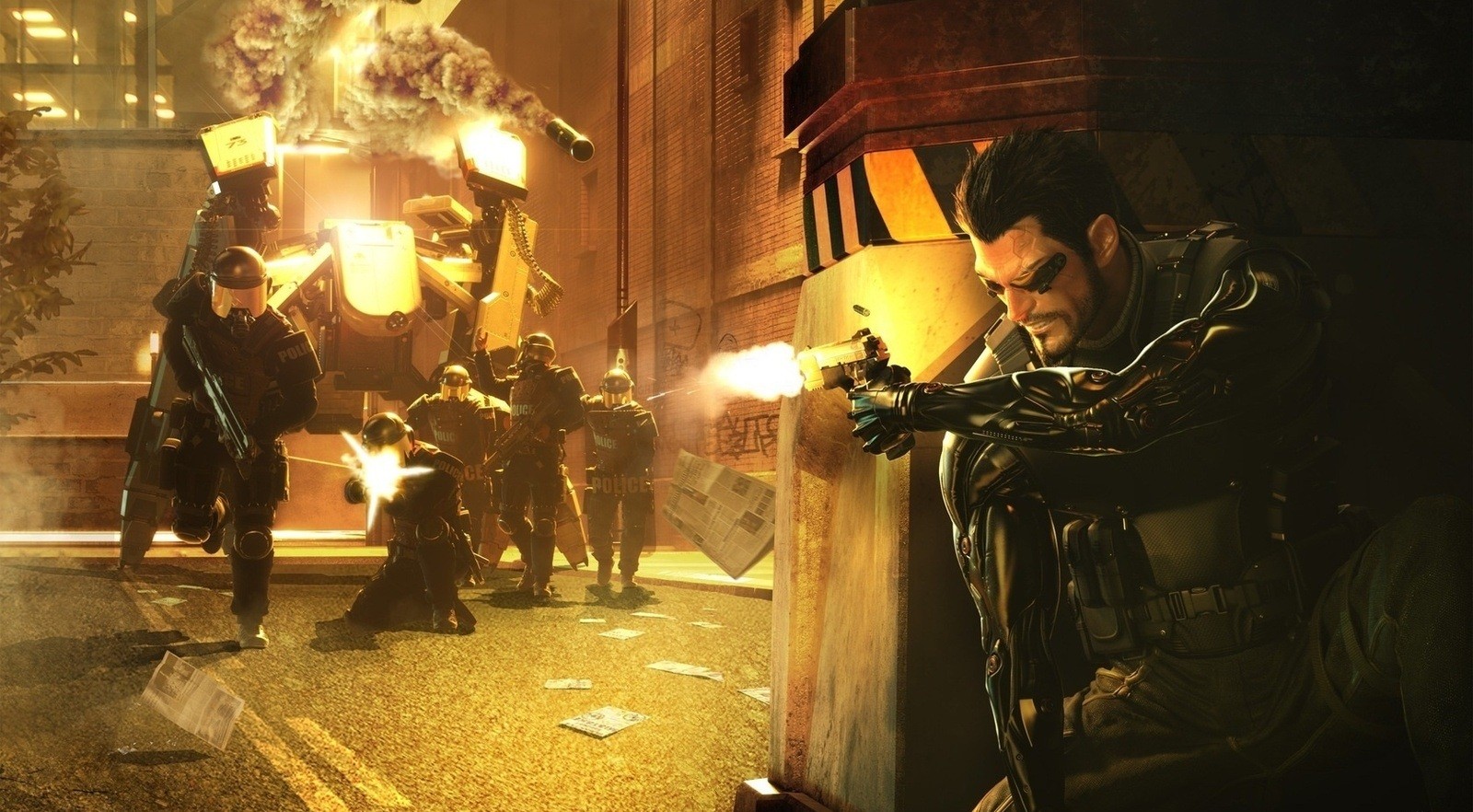 But Jensen never quite feels as compelling as these ancillary windows into this Deus Ex society at large. He is stunted and wooden, as he should be. He was brutally killed and brought back by science as the cyberpunk RoboCop, who is way more machine than man. However he felt about human modification doesn’t matter, because he’s the poster child of it. And he’s the head of security for a major corporation, who is classically depicted as a source of human suffering. He should be incredibly conflicted.

For a noir-style protagonist, much of his opinion and mental well being is left up to interpretation. The existential burden of his life is clear and present, but his agency over his own opinions feels stilled and weak. Maybe this is a byproduct of how black and white his dialogue options tend to be.

Not that you can obtusely produce “good” or “bad” outcomes to interactions - Jensen is slightly more subtle than that. The Bioware-style binary still remains, though, which makes Jensen a character only slightly more compelling than Commander Shepherd. But as Shep is almost intentionally bland (as to be a foil to the highly colorful cast she meets, and to better reflect a player’s influences), Adam feels neglectfully so. It’s not impossible to be a dialogue choice heavy protagonist in a video game that still feels like their own man, The Wolf Among Us' Bigby Wolf never feels like anything but true to himself. Shaded by the potentially different actions you can have him take, but he’s always gruff and resentful, even when letting people off the hook.

You don’t even really need to make Jensen that interesting to make his interactions with people more so. Fallout: New Vegas is a great example of how removing good and bad meters and relying heavily on reputation and relationships can really highlight the nuances of all the characters at play.

Maybe along the lines of the generally underwhelming enemy AI is the equally underwhelming boss encounters. Each story mission takes place in locations full of tactical options. With the inclusion of a player’s particular skill set, there is a lot of room for self expression when it comes to completing objectives. This creative freedom is absolutely killed during the games boss battles.

You are forced out of your playstyle and funneled into what are essentially run and gun encounters that are easily reduced to spamming your grenades until the enemy dies. This sort of one note gameplay is made more disappointing after leaving such robust scenarios for it. If they didn’t feel like an after thought while you played through them, then the fact that they were all outsourced to another studio really drives the point home. 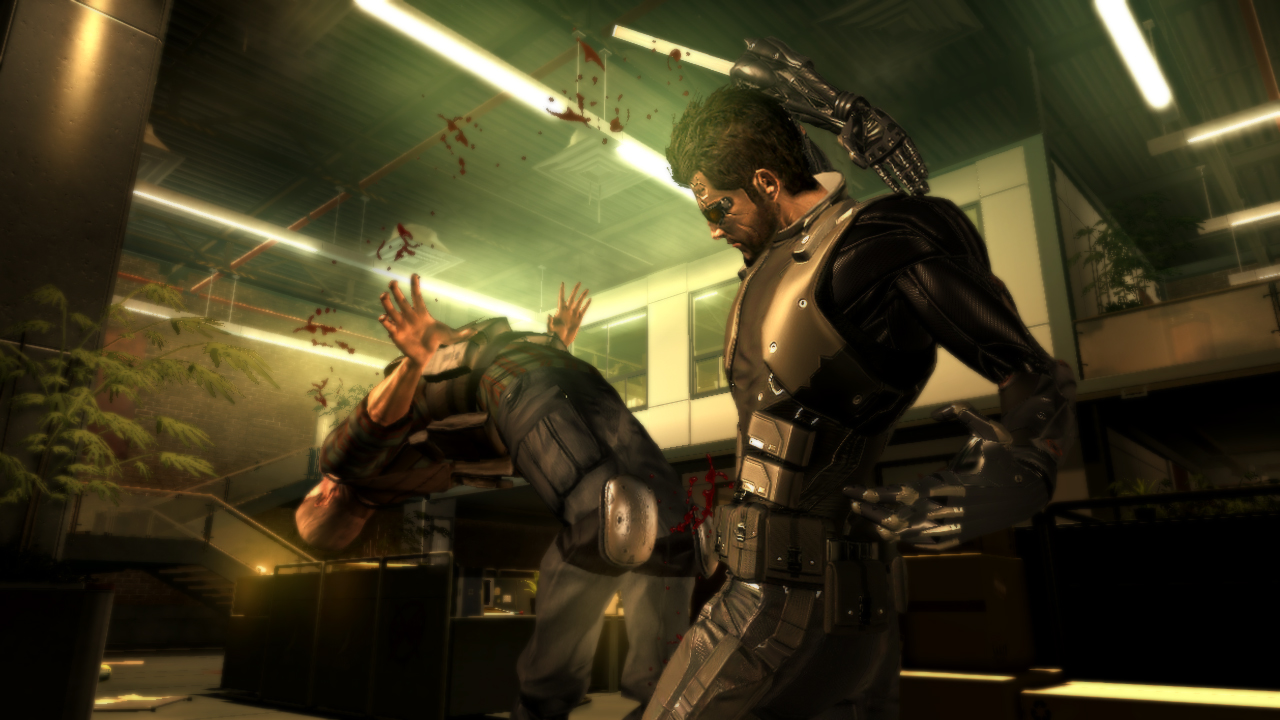 Not to mention the bosses as narrative elements are duds. They are caricatures of the basic flavors of static villain and do little to be interesting in their own right. Throw these tropes away immediately, and make characters who feel like they belong in the world developed around them. Metal Gear Rising has some really weird and over the top villains that are oddly perfect in the over the top world that Raiden so gleefully chops up. Or abstain from boss fights altogether, and create gameplay challenges within the context of the missions that don’t involve something so cliche as “kill this building’s overlord.”

Skill progression in Human Revolution was more or less competent, but there were always points spent in skills that turned out being pretty useless, like pheromones for conversations. Yes, new options may appear in your conversations, but all that ever amounted to was determining how much prior information you knew about the apartment you were about to break into. Being more informed and prepared CAN alter the outcome of a side mission, but not directly, and not in a way that can't be overcome by way more useful skills (like throwing refrigerators at your problems.)

If I can’t get a good answer out of someone, maybe that should mean I don’t get a sidequest at all. Like being able to hack doors - if I don't have the skills, whatever's behind this skill requirement is lost to me. As that really only means a developer is essentially designing more locked doors, maybe just remove ancillary skills like that from the table completely. It’s a cool and flavorful idea, but there’s no proper execution for it. 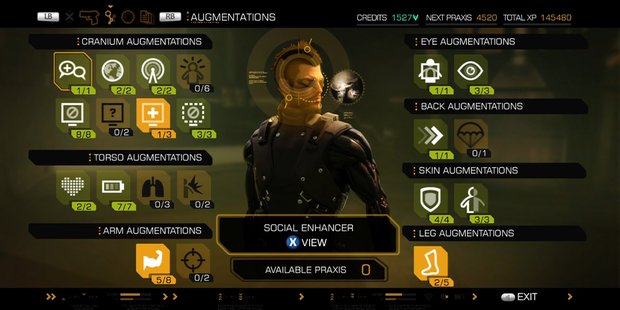 Some skills had definite effects on your play style but should probably be tweaked or combined with other skills to be less cumbersome. Skills like noise feedback and cones of vision seem like wastes of precious Praxis points individually, but as all around stealth set, it could be worth the investment. Same with Camera/Turret domination, as a combined “mechanical threats” suite for the price of one of these trees wouldn’t be game breaking in the least.

With these issues wrapped up, I would be more than happy to fork over full retail price for a sequel to the excellent Deus Ex: Human Revolution. The world needs a better class of first person shooter, and Eidos is willing to keep pushing the genre into new territory. More power to them.

What did you love/hate about Human Revolution? What would get you jazzed for the sequel? Leave a comment below or tweet @CurseGamepedia.