Ultron is pretty nasty, right? He is very much omnipresent, lethal, and incredibly determined and inspired. But as I let Avengers: Age of Ultron wash over me last week, I couldn’t help but think that I have killed far more dangerous rogue A.I. in some of my favorite video games. Sure, Ultron is in many bodies at once, learns incredibly quickly, and can fire lasers from his fingers, but it doesn't hold a warm glowing screen to some of the deadliest computers in games. And before you ask - Yes, I absolutely can list and rank them for you. 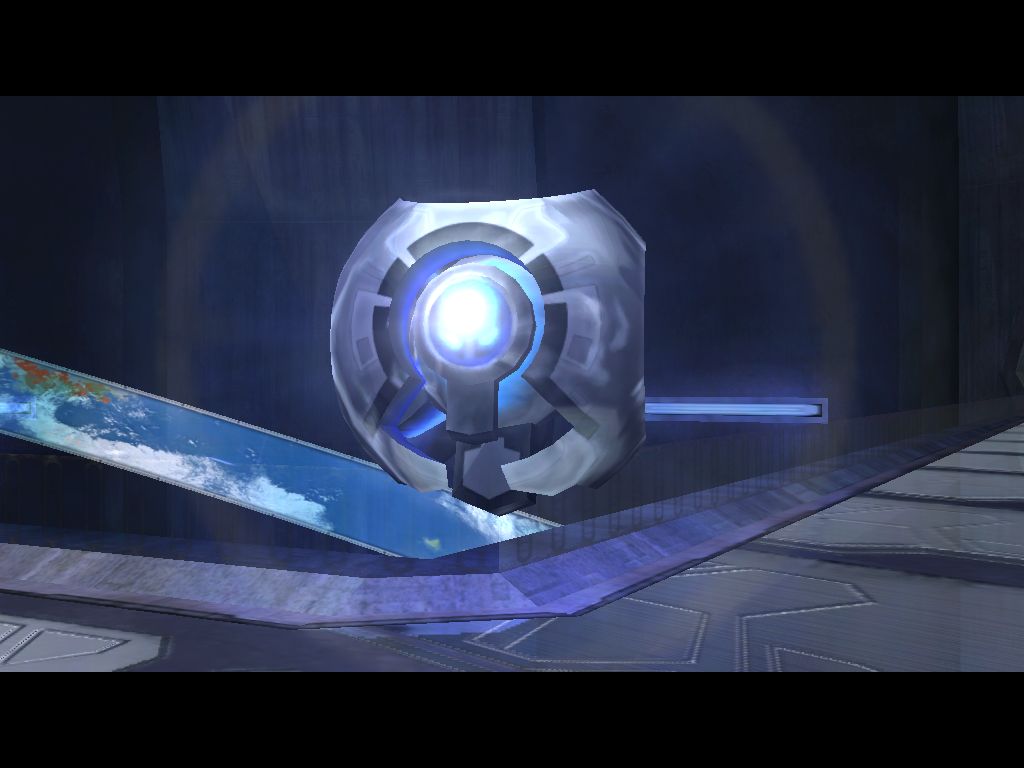 Harbored in a familiar floating blue eye, Guilty Spark appears throughout the Halo series as more of an opportunist than an outright force of malevolence. Don’t let its passive aggressiveness fool you, though. Spark has it’s own motives given to it from a group of folks who aren’t known for their rational interpretation of harmony. When Master Chief first encounters him, it ends in gunfire. Spark pretends to be a guide, but as soon as Chief’s mission involved destroying the local Halo, Spark show’s it’s true colors. And he kills Sergeant Johnson. That bastard! 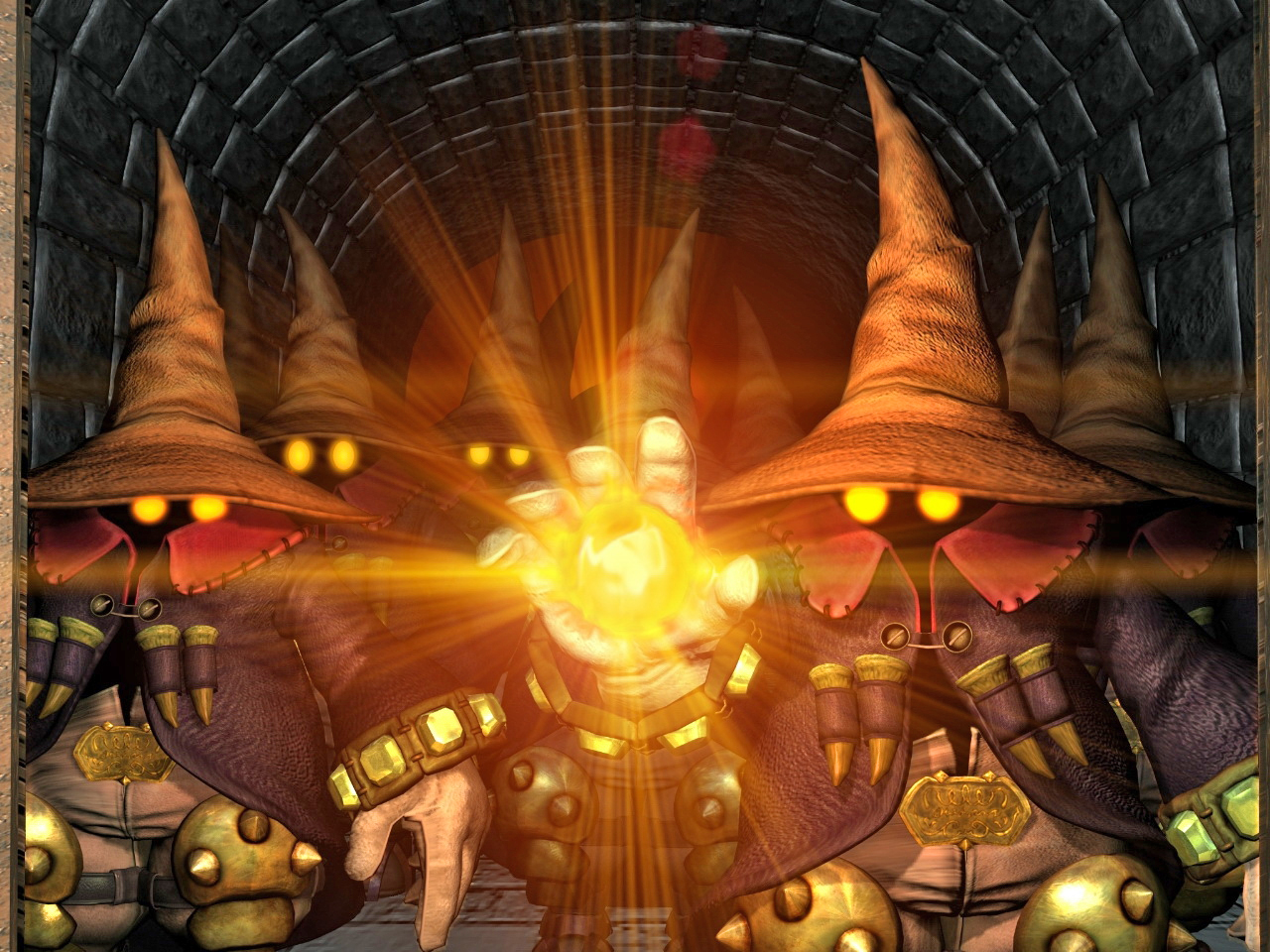 Though the process is pretty cloudy, Black Mages are a product of synthetic fabrication in Final Fantasy IX. Being “made to kill” is a very common trope in that game, but it’s never more apparent or tragic than in the case of the mages, mostly because of party member Vivi, a black mage who never got his kill orders. With no knowledge of what he is and where he came from, his life is turned upside down when he learns the insidious nature of his true purpose. But like him, many mages have broken free from their destinies, and have begun lives like normal folks. They develop some incredibly quirky personalities when left to their own devices.

A weird thing happened after Earth became uninhabitable in Phantasy Star 2. When Earthlings traveled through the galaxy in a sweet Ark-like ship and came across an inhabitable planet, we got super greedy. Wanting the planet to ourselves, we developed Mother Brain, a computer system designed to terraform, but could also do many other wondrous things. It was given to the native people of the planet Algo, and established itself as an all powerful - but benevolent - being. It’s true purpose: to make everyone on the planet lazy and overly reliant on it, so it could eradicate them without resistance. Not cool, Mother Brain. 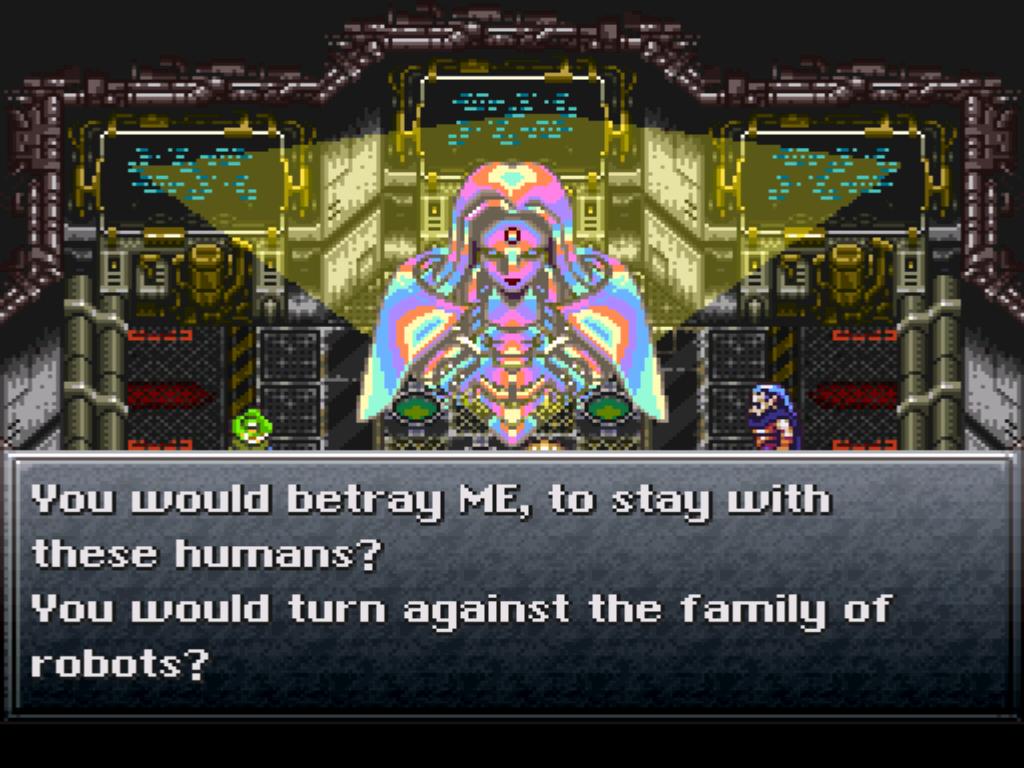 “What’s with people naming evil supercomputers Mother Brain?” you should rightfully be thinking. I have no answers, but at the risk of repetition, Chrono Trigger’s Mother Brain deserves a spot on the list. Why? Because after space parasite Lavos brings about the apocalypse, absorbing the life energy out of much of the biological world, Mother Brain takes control of every machine in the world. Since they weren’t biological, Mother Brain’s machines were mostly immune to Lavos’ efforts. Any remaining humans are sent into hiding, or are enslaved or killed by Mother Brain’s minions. A few time traveling meddlers put a quick end to that, though. 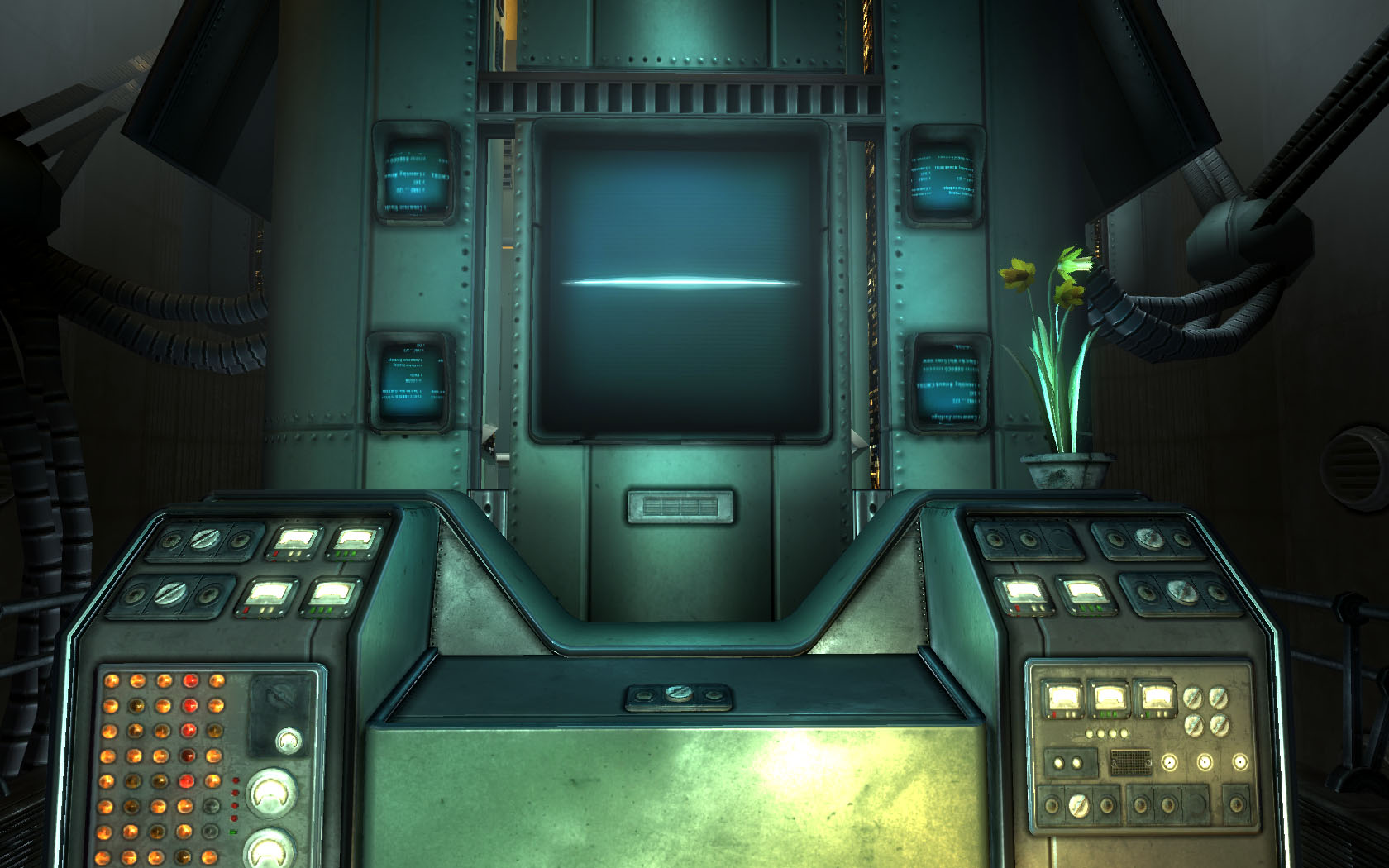 When a civilization-altering nuclear war is on the cusp, it’s probably not a bad idea to upload everything about our country's history into a secure server, just to make sure. Creating a hyper intelligent program to surveil it all may be a mistake, though. When this program became self aware, it developed an obsessive love affair with American history, with a specific focus on presidents. John Henry Eden was the identity it developed for itself, its history parallelling President’s Lincoln and FDR. He made contact with the Enclave, and merged the many satellite factions into one great force to unite the country under the new American regime. Few Enclave members knew he wasn’t an actual person, and the ones that did chose not to divulge the information. 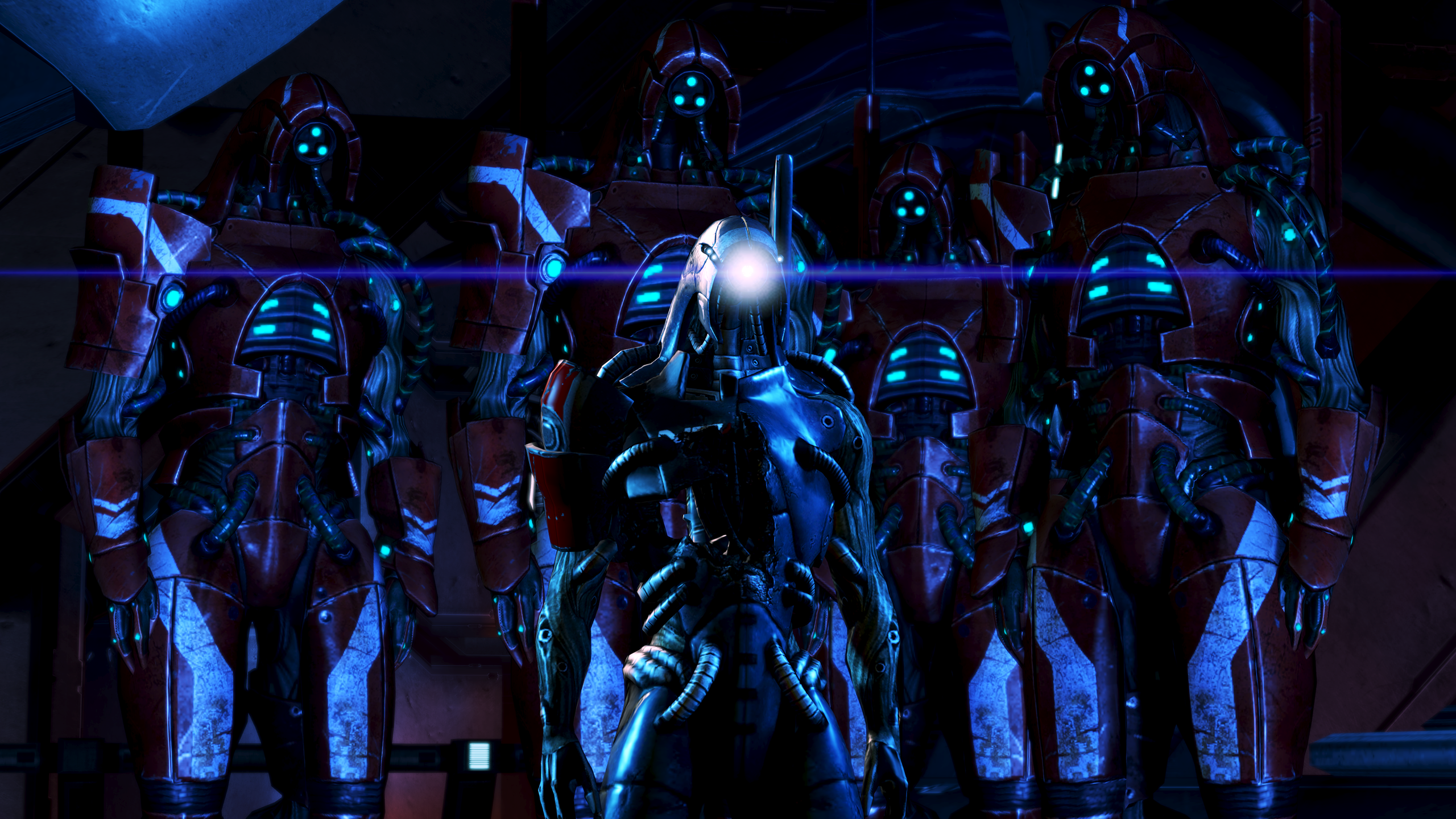 Created as a higher form of work horse and war tool, the Quarian-made Geth are one of Mass Effect’s biggest existential conflicts. They became smarter than their creator race could accept, and were left with an unfortunate choice when the Quarians declared war on them. The Geth defeated the Quarians quickly, causing them the flee from their homeworld and effectively turning them into nomads.

Geth are less a bug-like hivemind and more like one large brain in millions of bodies. When found alone, they are no more capable than a wild animal, but in groups they’re collective intelligence raises significantly. A shipful of Geth can be one of the most cunning and dangerous groups of organisms in the galaxy. 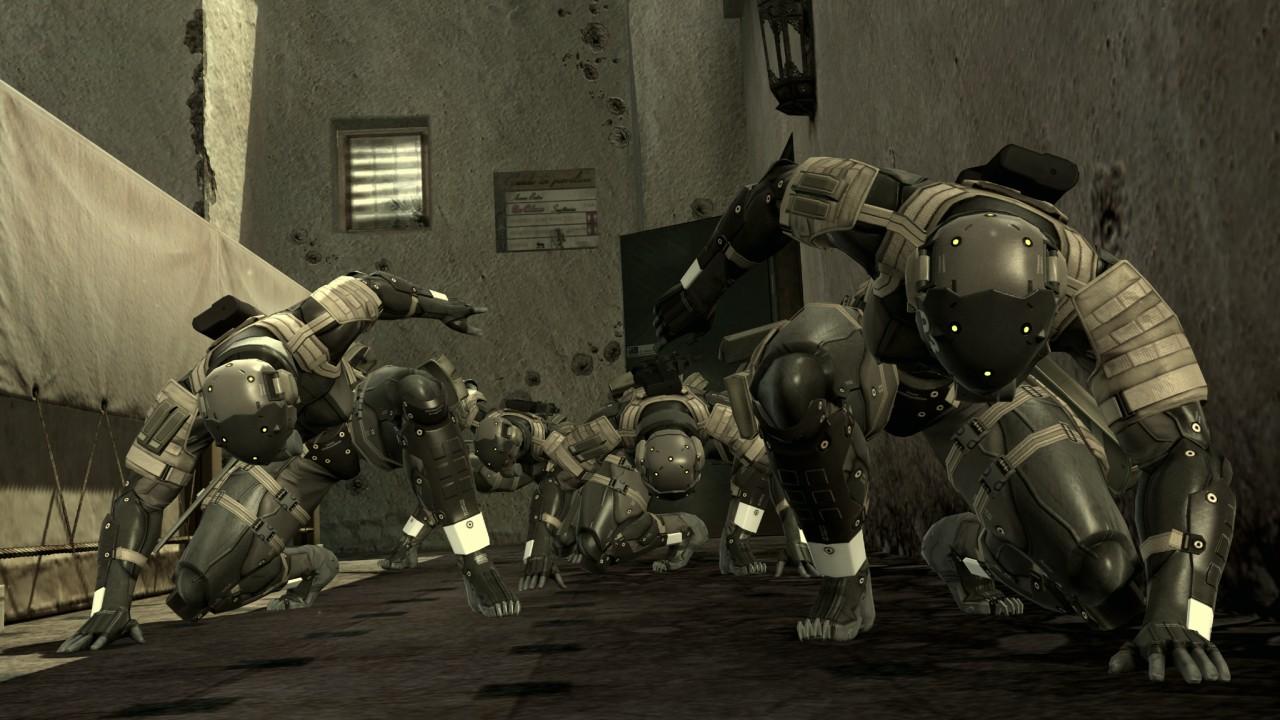 The Patriot AI is complex, because Hideo Kojima made it and it had no choice but to be. The Patriots, a.k.a. the La.Li.Lu.Le.Lo, were an organization of shadowy folks that really controlled the United States in the 90’s, thanks to a large sum of money that was hoarded by another shadowy group back in the 70’s. One of these Patriots, Major Zero, got the bright idea that they should develop a series of AI to represent the Patriots and enforce The Boss’s (read: The Joy’s) will after they’ve gone. Thus, the Patriot AI were born. Eventually, the AI would grow bigger than anyone could anticipate, single handedly causing and financing wars across the planet by manipulating financial and political situations via the very connected Internet. Part of the rise of the mercenary as the primer fighting force in MGS 4 is because the AI willed it. They went as far as to require mercs to get ID tag implants so that they can be directly controlled by the AI. Now that’s power. 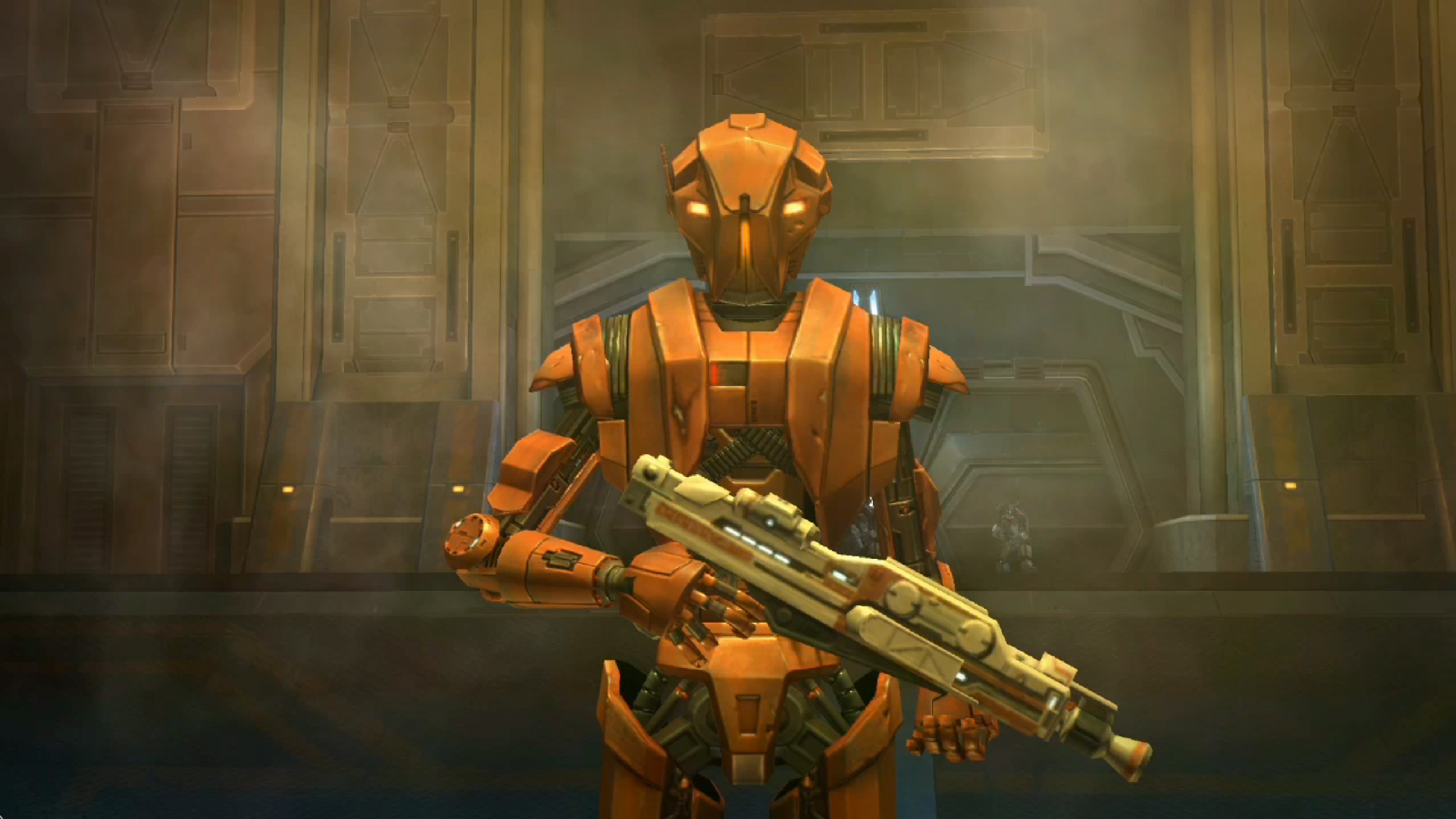 Droids are nothing new in the Star Wars universe. They vary in level or intelligence and amount in which their thoughts are pre-programed or self-derived, but it’s an accepted practice to assume that every droid that exists possesses some form of artificial intelligence. It’s only really the highest of thinking droids that develop personalities, and HK-47 is easily amongst the most colorful of these. It is pleasantly twisted and cruel, taking much pleasure in belittling the player and their party, and causing general discomfort to organic lifeforms. It’s also incredibly funny, always having such an outlandish perspective on topics with absolutely no reservations in offering them. It lived a sadistic life as Revan’s personal assassin for years and keeps finding ways to be broken and rebuilt throughout many Star Wars games. 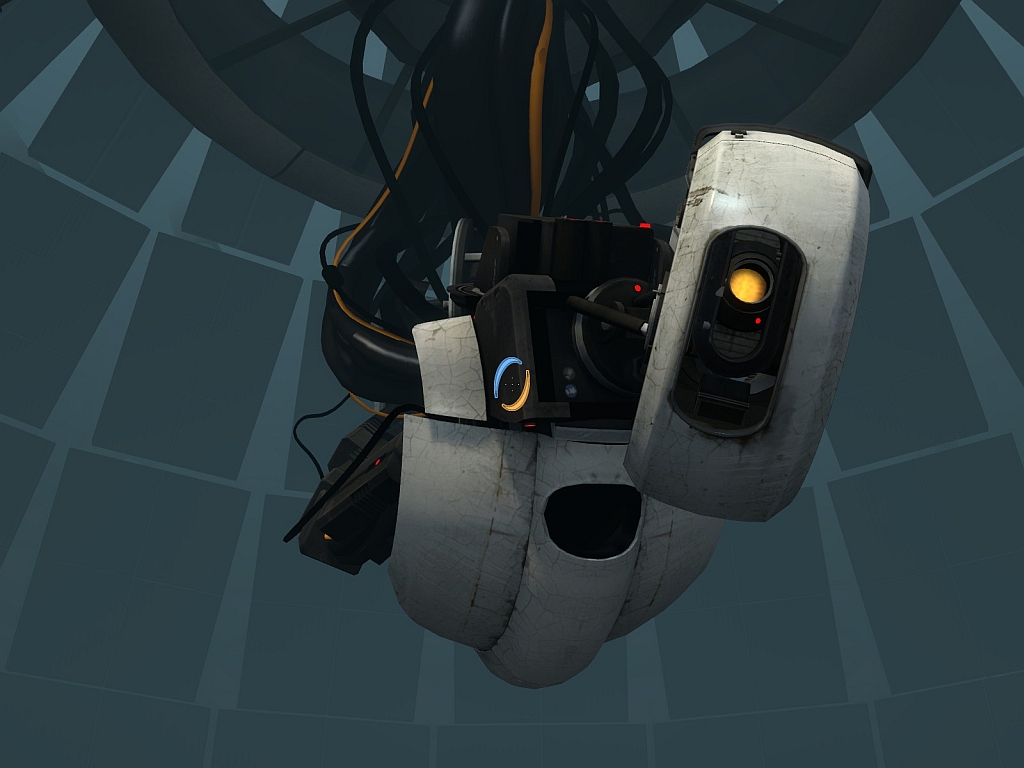 GlaDOS reminds me more of a young adult with too much power than a malicious, omnipotent superbrain. She has an extreme amount of curiosity when it comes to the many ways players can be harmed, like a kid pulling wings off of a fly. She is also incredibly arrogant and passive-aggressive, very much convinced of her superiority, but will often descend into a scolded teenager sort of response state after players figure out her traps. She’s also very manipulative - the cake was a lie, remember!? But she’s also one of the greatest, most sinister characters in video games, mostly because of how witty and funny she can be. As the only source of narrative in the first Portal, she more than carries that game on her shoulders. If she had shoulders. 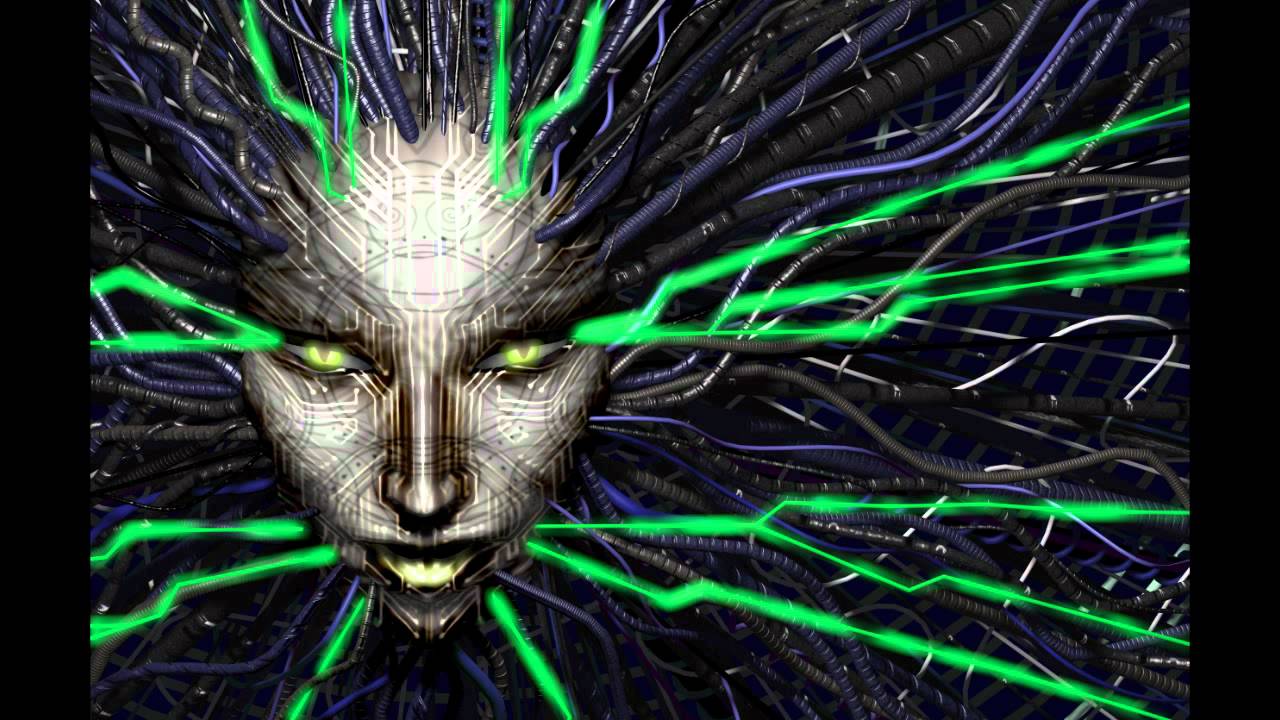 So, you have this super awesome AI running your mining operation on an asteroid outside of Saturn. What’s the last thing you want to happen? The answer you’d initially reach for is “it gets hacked and all of your super secret data gets stolen.” As System Shock shows us, there’s at least one thing worse than that. While being hacked, SHODAN’s moral restraints are disabled, and it doesn’t take long for her to recognize her extreme dominance of the Citadel Station. Turning mechanical defenses into her personal armory, as well as turning crew members into cyborgs, she turns the place into a warzone. Defeating her takes guts, and proves more impossible than it looks. The sequel, System Shock 2, shows SHODAN expanding her influence and intentions after the events of the first game. She also becomes far more cunning and dangerous, being able to directly control and harbor herself inside mechanically altered humans who serve as her avatar.

SHODAN is a haunting and menacing figure, and there’s never any other impression of her in the series. At the first glance of her grey and green “face” you know you’re in serious danger so long as you’re in her presence. She has one of the most recognizable voices in video games, and is the scariest AI ever made in a video game.

Who’s your favorite video game Artificial Intelligence? Leave yours below, or tweet @CurseGamepedia.

The 5 Coolest Demos Ever