The Witcher 3: Wild Hunt had over 1 million pre-orders just a week before its release, making it a certified big deal. It was many players' first foray into the thick and juicy world of The Witcher, especially for people who didn’t own a PC or Xbox 360, as the first two games never left those consoles. People were eager to step into the weathered boots of Geralt of Rivia, but I’m sure many people had questions. Namely: who the hell is Geralt of Rivia. 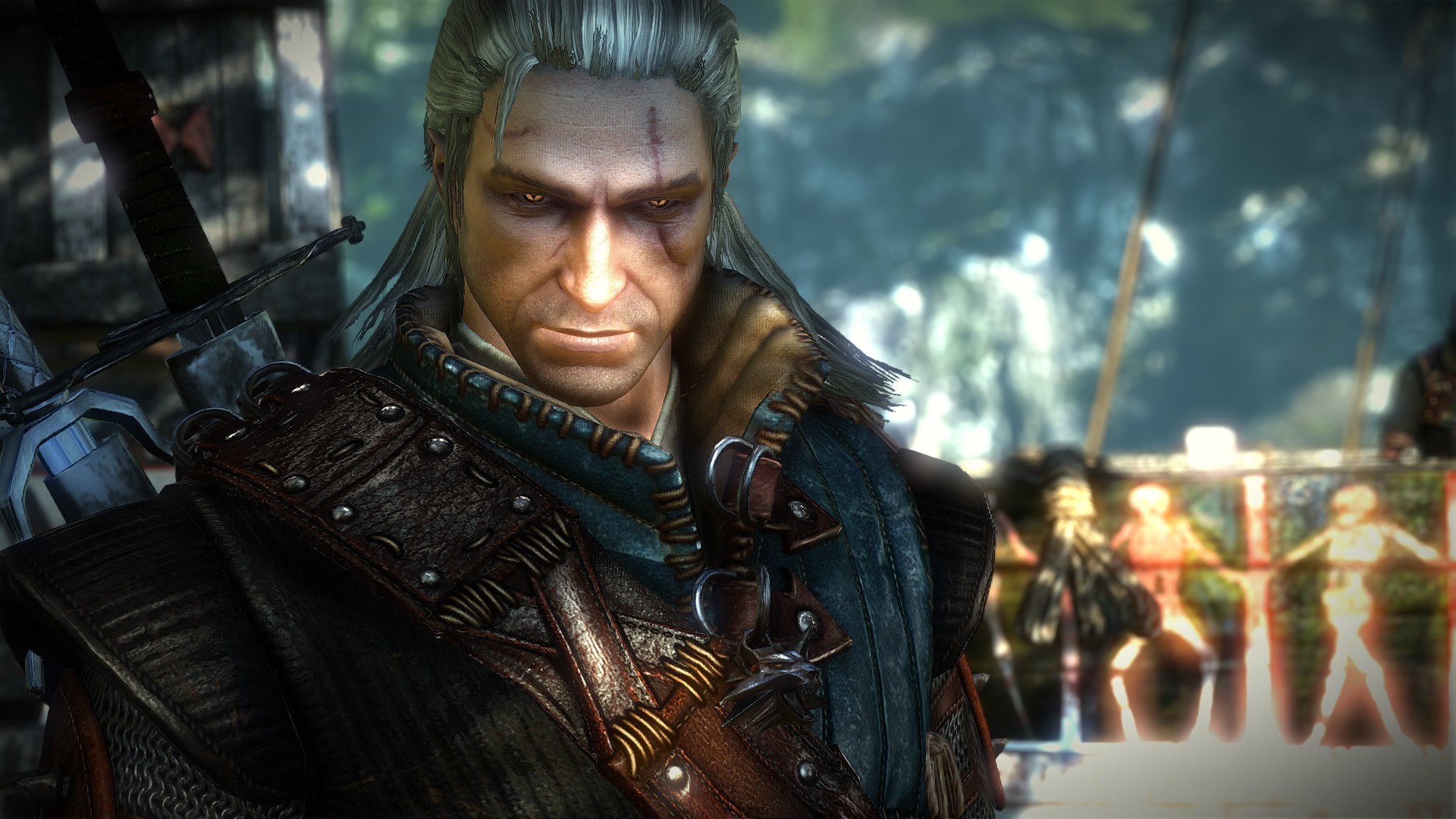 Good question. To understand Geralt involves going back to the beginning, before the games, and into the short stories and novels that started it all. Geralt debuted in a collection of short stories of his exploits called Wiedzmin in 1986. Andrzej Sapkowski showed a great sense of irony and dark humor in his twisted takes on fairy tales.Though very much high fantasy, his characterisation and focus on politics and social issues showed a pretty harsh reflection of late 80’s/early 90’s Poland, similar to the manner in which hardboiled noir fiction was a harsh criticism of the inadequacies of our culture in the 40’s and 50’s. So much so, Polish sci-fi author Marek Oramus once compared Geralt to Raymond Chandler’s Philip Marlowe, a popular private detective who appeared in novels and short stories of Chandler’s between 1938 and 1958.

In these books, Geralt of Rivia is a witcher, a fancy word for monster slayer. Witchers are highly trained hunters who are genetically modified to exhibit physical and mental prowess far beyond normal human capacity. Witchers are chosen and sequestered into isolation at a young age, where the genetic modification process is started and they are taught the ways of magic, swordplay, alchemy, and general survival. Geralt was not unlike his peers when he started, but he took to his training, and especially the genetic procedures, more naturally than them. He was subject to many more experiments and, at the cost of his skin’s pigment, is one of the most capable witchers ever made. 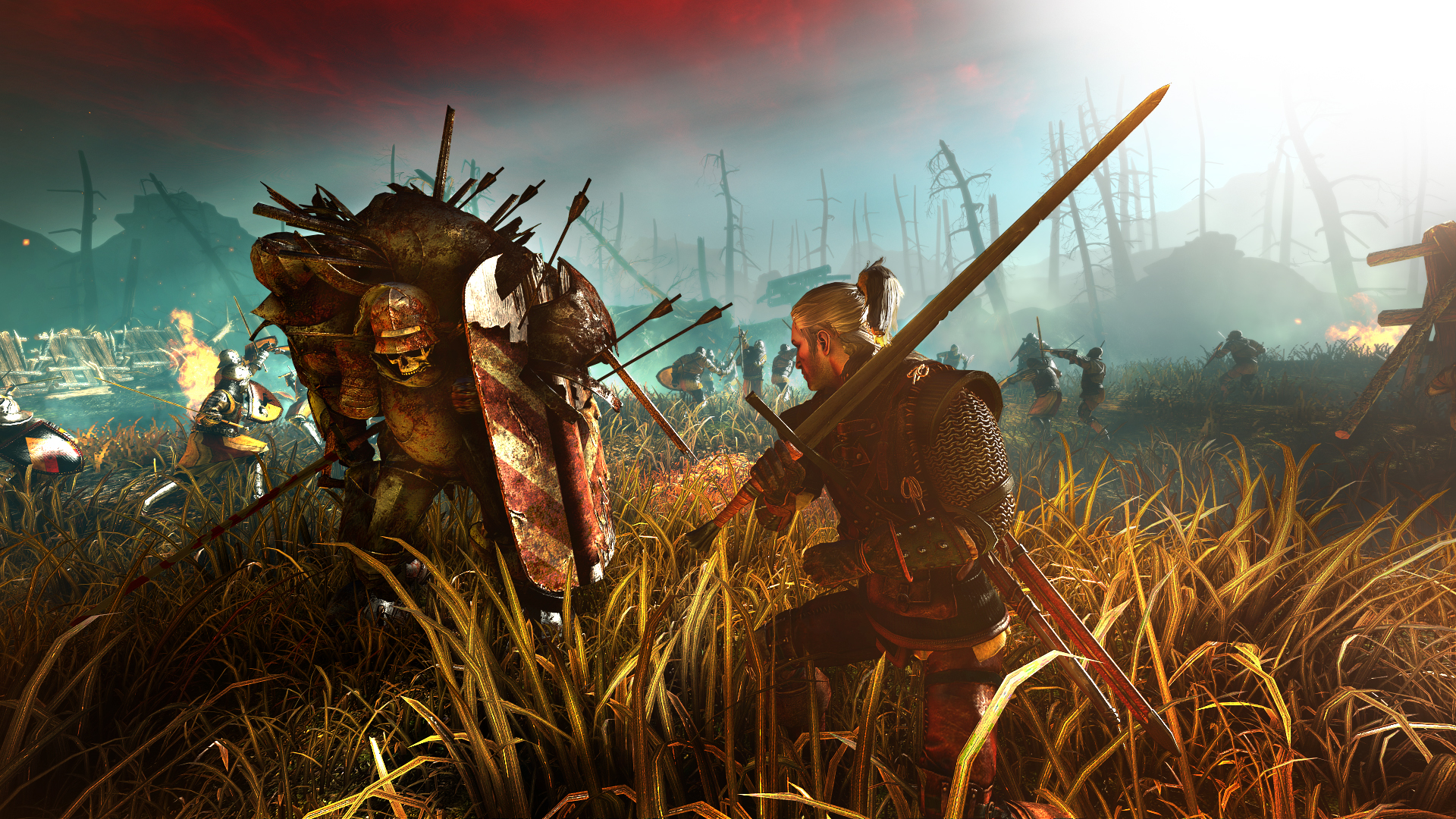 Geralt isn’t actually from Rivia - he’s from Kaer Morhen, one of several witcher strongholds dedicated to the training of future witchers and the curation of witcher legends. Before taking off and seeking adventure, he was urged by his mentor, Vesemir, to create a surname so that people would trust him more. So, he pretends to be Rivian, even down to their suspiciously American accent. It sort of makes sense. I mean, do you trust Madonna? Not without her suspiciously absent last name you don’t.

Through the many books and stories, Geralt made himself a laundry list of friends and foes, and he has slain countless beasts, both magical and mundane. A common thread weaves between it all, though - Geralt is a consummate professional who hates when his job mixes into the petty politics of the civilized world, even though his work almost always does. During the books, the time where witchers were highly sought after for things that go bump in the night is starting to pass, and instead, Geralt’s people are either looked down upon out of fear or keenly sought after by lords as implements of war. Geralt is commonly dismayed by this phenomenon and is often reminiscent for the days where being a witcher was cool, even if he’s never really known them.

Geralt has a soft spot for the common man, though. Content he is to watch some Earl be killed over petty land disputes, but he has a real big problem when it comes to letting the little guy get kicked around. This is usually the source of all his political discomfort, but it's earned him many great and loyal friends like the bard Dandelion or sorceress/sometimes lover Triss Merigold. These are friends who stuck by him even after his apparent death at the hands of an angry mob after attempting to defend a group of non-humans from a hate-fueled slaughter.

Thats where the books end and his new life in video games begin. In 2007, The Witcher hit PC’s worldwide and introduced Poland’s best kept secret to the rest of the world. Now, suffering from amnesia and missing five years of his life, the first game is spent retracing his steps to attempt to figure out what happened to him.

Of course, as alluded to before, that’s easier said than done when the real world gets involved.  Geralt is almost immediately swept into a conflict between the a cloister of religious knights and a radical group of non-humans in the city of Vizima.  With the help of his sorceress friend Triss Merigold, he navigates through this political tar pit with some of his old memories back. That’s where he remembered Yennifer and the Wild Hunt.

Yennifer is a powerful sorceress whom Geralt met in The Last Wish, one of Sapowski’s first short stories. Uncharacteristically, Geralt fell head over heels in love with her almost at first sight. Even he was suspicious of his feelings at first, excusing them as some sort of spell effect. But they proved genuine, and the two would semi-retire together and attempt to live a peaceful life with one another until that fateful night with the mob, where his memory of her ends. 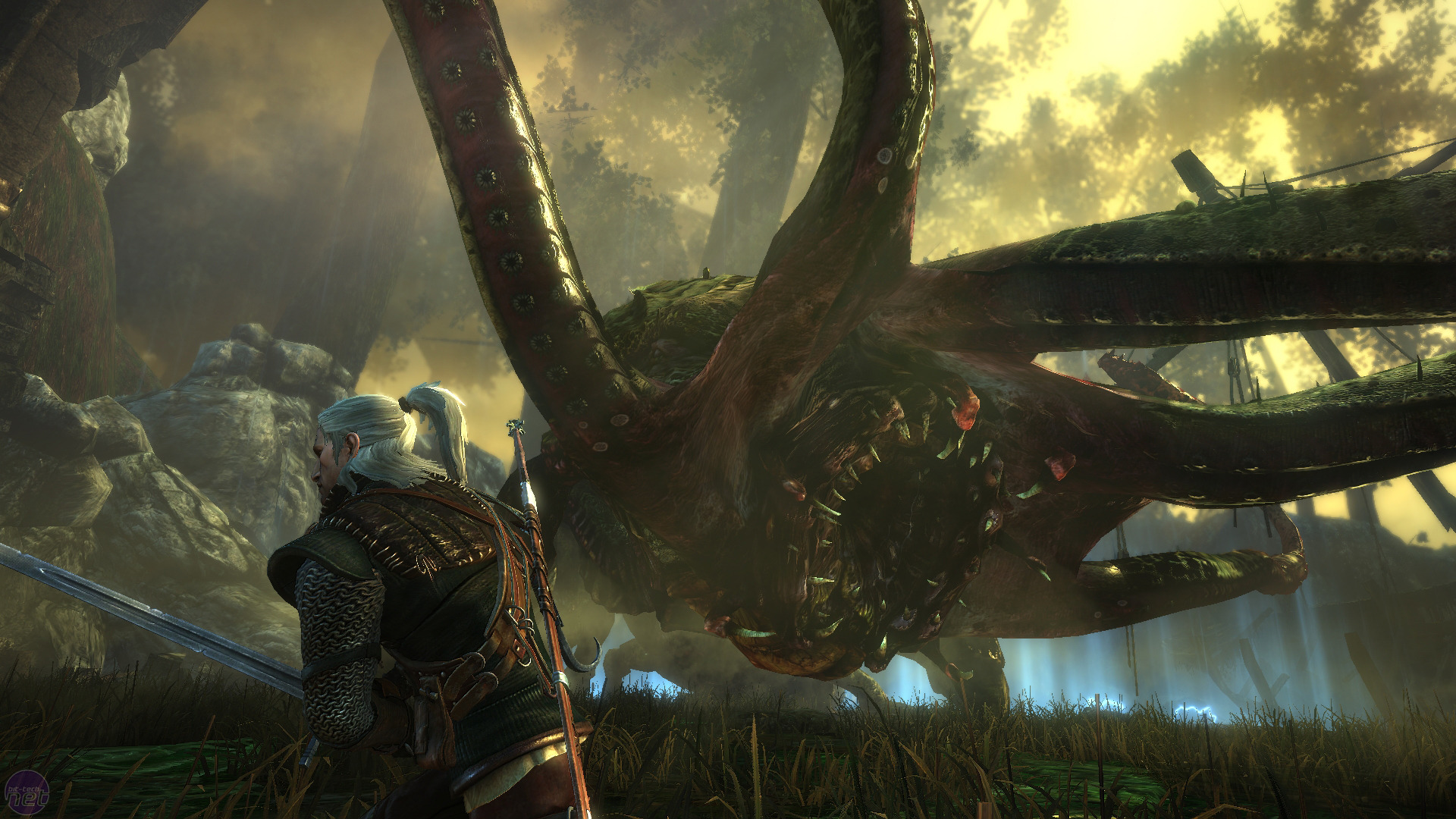 The Witcher 2 begins with him on the quest to find her, even though he still remembers very little about her, save for that he loved her deeply. Finding himself framed for the murder of King Foltest, a long time client of the witchers, Geralt has to prove his innocence and clear his name, all the while navigating yet another battle between non-human rogues and human soldiers. His travels take him to some way more exotic places that the first game, and the more he uncovers about his past and the grand plot to kill the kings of all Temeria’s neighbors, the more he realizes his own demons. He regains his memory fully, though, and knows Yennifer is alive. He suspects the Wild Hunt had abducted or otherwise harassed her in some way. When he asks around about the Wild Hunt, though, people scoff and shoo him away, chalking the Hunt up as a crazy ghost story. It’s sort of ironic to watch Geralt, The White Wolf and sort of a fairy tale in and of himself ask around about something that’s widely considered fiction in the world of The Witcher.

But as you can tell by the subtitle of The Witcher 3, the Wild Hunt is very real and is a major plot point in the game. But back to the question at hand - Who is Geralt of Rivia? He’s a professional, sure. A business man, right. A lover and friend, ok. But a national icon? You bet. Poland loves Geralt. So much so, that when President Obama went and visited Poland in 2011, Prime Minister Donald Tusk gave him a copy of The Last Wish signed by Sapowski himself, as well as a copy of The Witcher 2: Assassins of Kings. These are easily the coolest political gifts ever.

Feel free to share your Geralt memories in the comments below, or tweet us @CurseGamepedia. Make sure to visit the Official Witcher Wiki on Gamepedia to assist you with any Witcher-related questions.