At long last, Heroes of the Storm - Blizzard’s attempt at the MOBA subgenre - is in open beta. That means, for the first time ever, anyone can download the client and melt faces as your favorite Blizzard characters. Before you dive in head long, there’s a couple things you should know about the game.

You can learn more about the game on the Heroes of the Storm Wiki.

1. The Fan Service is Thick 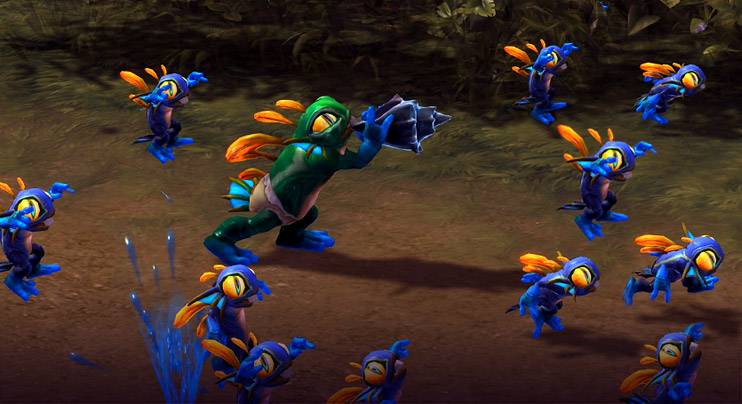 One of the most obvious draws of this game is the ability to step into the boots of your favorite Starcraft, Warcraft, or Diablo character and tear stuff up. Blizzard knows this well, and has designed the entire experience around your memories and warm, fuzzy feelings. For better or worse, this game is made for fans of these franchises first.

Many of these characters are pretty recognizable out of the gate. Diablo is incredibly hard to miss, being a giant red demon and all. Some characters find their charm in their obscurity like the Lost Vikings, who capitalize on being an early franchise that diehards will wink and smile at, not unlike Smash Bros. Ice Climbers.

Some of the champions are downright wacky in that oh-so-good way. Murky the Murloc lays eggs around the battlefield, allowing him to respawn at any of these points when he dies. He also slaps enemies with a comically large fish and makes that signature murloc gurgle-howl that never fails to make people laugh. The E.T.C is a Tauren (a race of giant, bipedal bulls) who really loves metal. So much so, he attacks with a bladed guitar a la Gene Simmons in any KISS game, and makes Metallica references as he slays enemies. It's awesome. 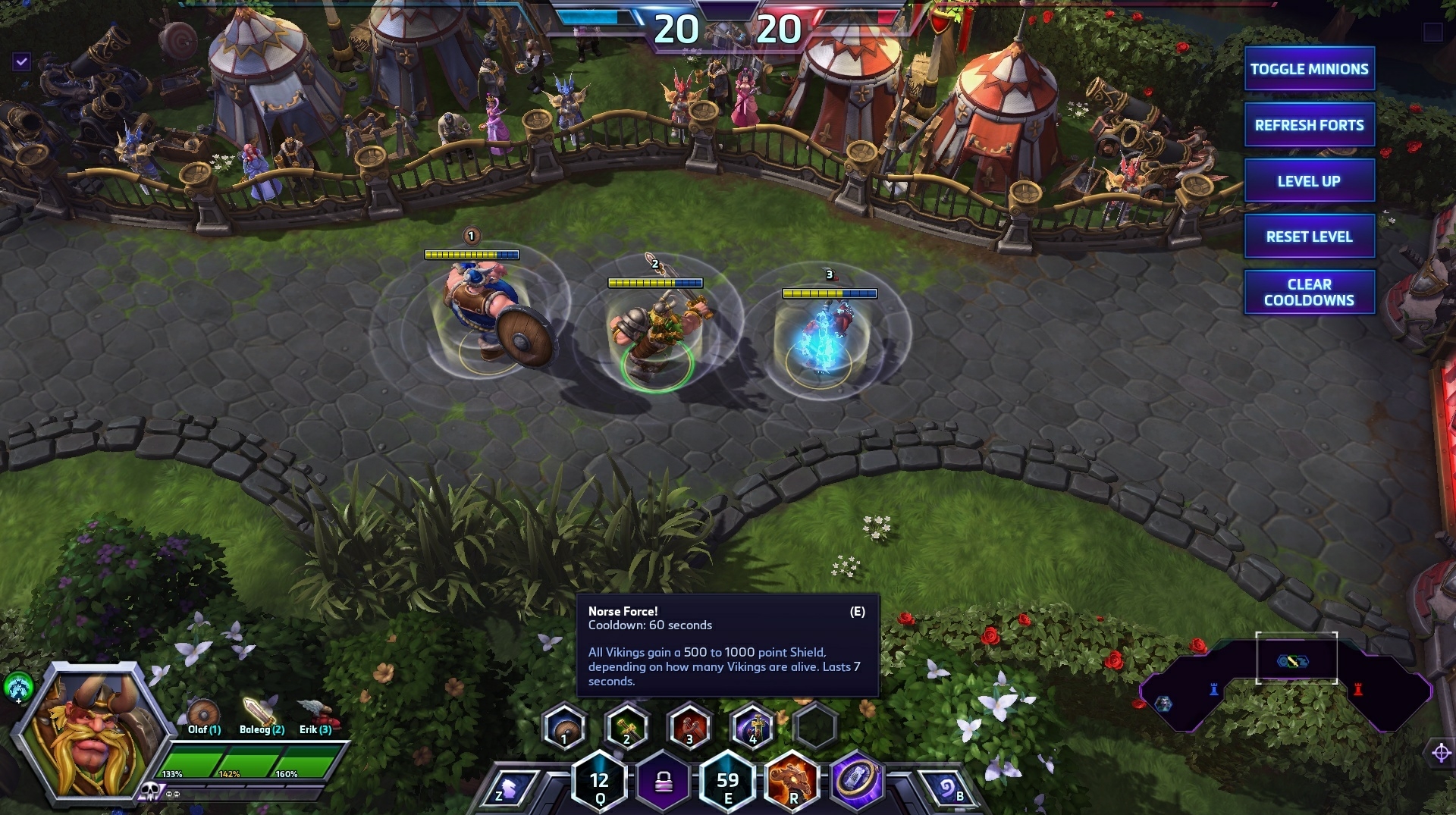 2. Try Before You Buy

I could be wrong, but no other major MOBA allows you to set up a custom game with characters you don't own, in skins you don't own, just so you can try them out. You can play a match (against bots) in order to get a feel for how these characters progress. You can work out the best skill choices and tactical maneuvers before spending a single cent. You can see how that skin changes animations and sounds from the champ before your commit to potential buyers remorse. Please everyone else: take notes.

It doesn’t harm anyone to implement something like this. My custom game is locked away in the dark recesses of a skinny, one lane training map that me and me alone will hang out in. No, it lacks the supermarket candy aisle impulse shopper chic that microtransaction-heavy titles crave, but the consumer friendliness could go along way. The more time I spend with a character in training, the better player I could potentially become before I take my character live. And an educated buyer makes an educated community.

There is no Summoner’s Rift in Heroes of the Storm. That is to say, no default map where all of the standard games take place. Instead, standard play takes place on a rotating set of varied maps, each with their own lane layouts and special features. It makes learning and mastering all of the tricks of a particular map complicated, but it spices the game up ten fold when your not 100% certain what layout you're dealing with. 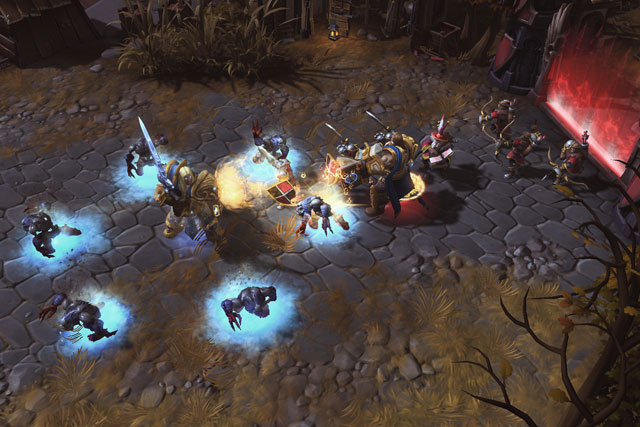 Each map has special objectives to complete that grant your team an advantage for a short amount of time. Whether it be collecting bones to make a bone giant to fight for you or bribing a pirate to have him lay down cannon fire on the opposite team, these objectives are often worth pursuing in this game. The maps themselves pack tons of personality, as well. There are plenty of unique nooks and crannies between them to keep them lively and exciting.

It’s easy to look at Heroes of the Storm’s short matches and see it as a clear sign of the very finite things you can do in the game. I have to disagree. Because there is so much to do, and you are always so actively doing it, the 20 minute games you’ll be playing are almost the perfect amount of time before your brain overloads or the game starts to feel like it's just playing itself.

Short is good for many reasons. First, you can play more in a given amount of free time. If you only allocate a couple hours a week MOBAs, you're gonna be able to play twice as many Heroes games as League of Legends games, which average around 30-45 minutes. And if you really just want to pop in and get a game going before doing something else, you wont be shackled to your computer for 20 minutes longer than you expected, waiting for your team to just rush mid and get it over with. 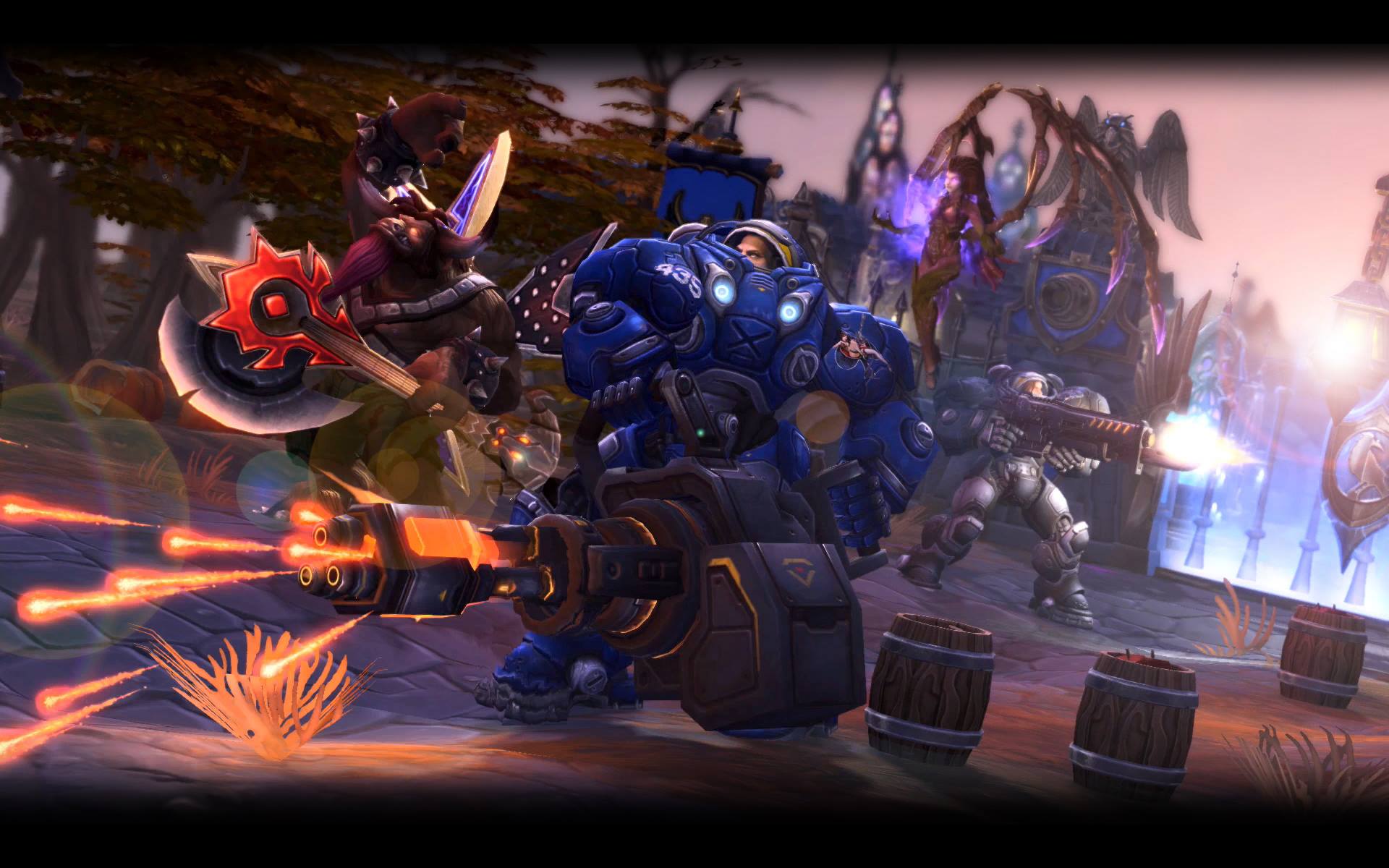 Words that scare most gamers. It implies that the game lacks depth and is “dumbed down” in order to appeal to everyone, but really just appealing to none. As I think a strong argument can be made about the depth of gameplay and strategy over the long term, to call this game “dumbed down” isn’t a very fair assessment at all.

You don’t buy equipment or items at home base, like in every other MOBA; your characters have everything they could ever be built into them from the start. As you grow in level, the layers of your characters progression begin to peel back, and every time you hit a specific level milestone, you can pick a trait. These traits do many things - increase the effects of abilities, add new effects to abilities, give passive bonuses to stats - but the most important thing is that it takes the brunt of the learning curve away from learning how to build the character and leans it on you actually playing it. Studying in advanced doesn’t have to be Step 1, anymore.

Combining the varied maps, heavy fan service, and quick games, Heroes of the Storm has this air of a game designed to be played for fun first, like Smash Bros. Things are colorful, over the top, and carefree. Every round of this game is a party, and it wants you to join in on the fun. It may lack the fine tuning of its contemporaries, but it most definitely is the most inviting MOBA to play, for vets and noobs alike. 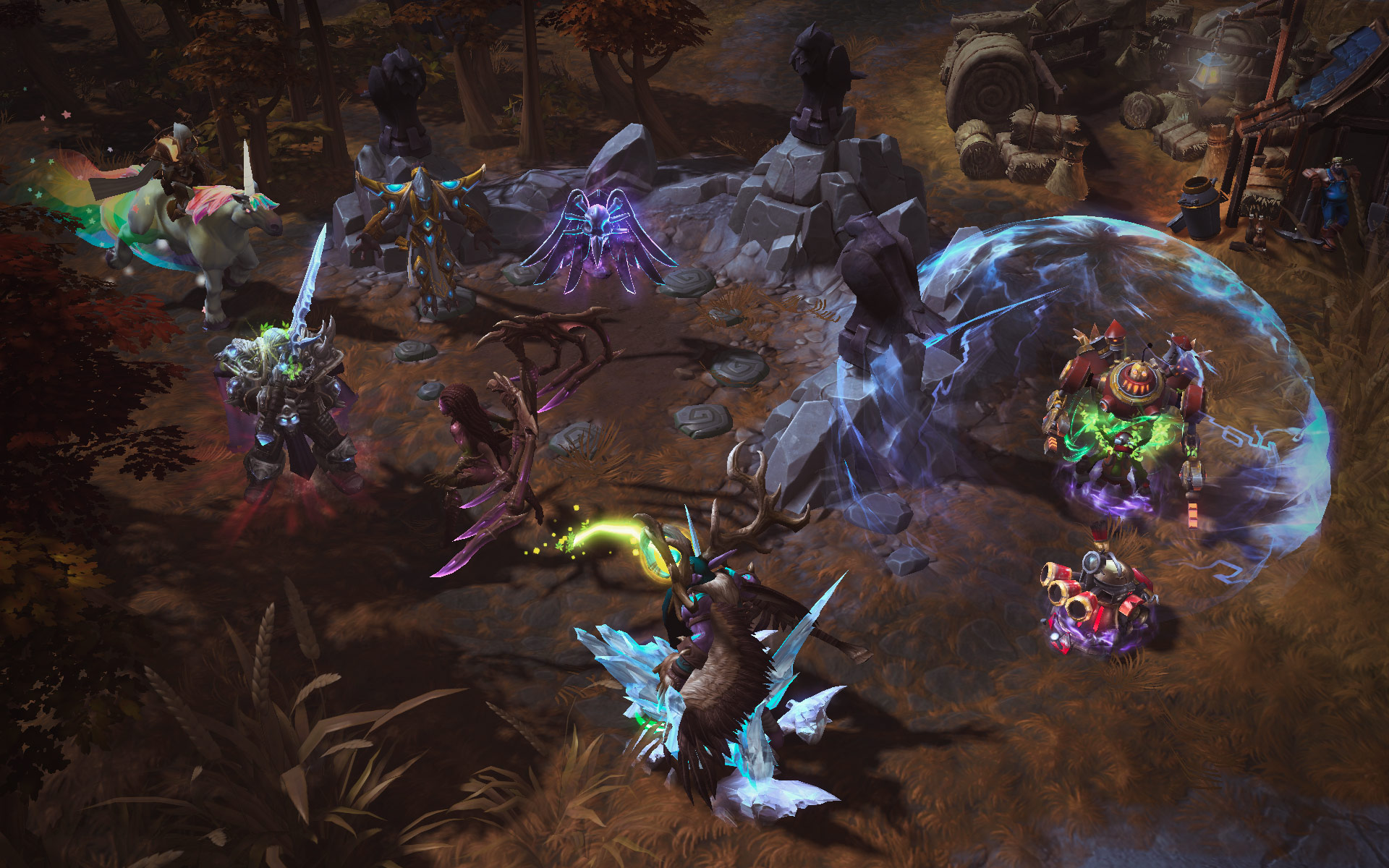 Have you been playing Heroes of the Storm? Tell us about it in the comments or tweet @CurseGamepedia with your war stories.