Games are great, especially the big, meaty experiences. The 50 hour immersions that snatch your free time right out from under you. It’s hard to pull away when a good game has you, but sometimes, you just need a break. A truly brilliant game lets you take that break without ever turning the game off. Enter the mini game - the most brilliant distraction ever.

Many games have smaller games inside them, but they aren’t all worth chatting about. The ones on this list stand out, though. They are creative, challenging, and in some cases, could (and do) stand well on their own merits. 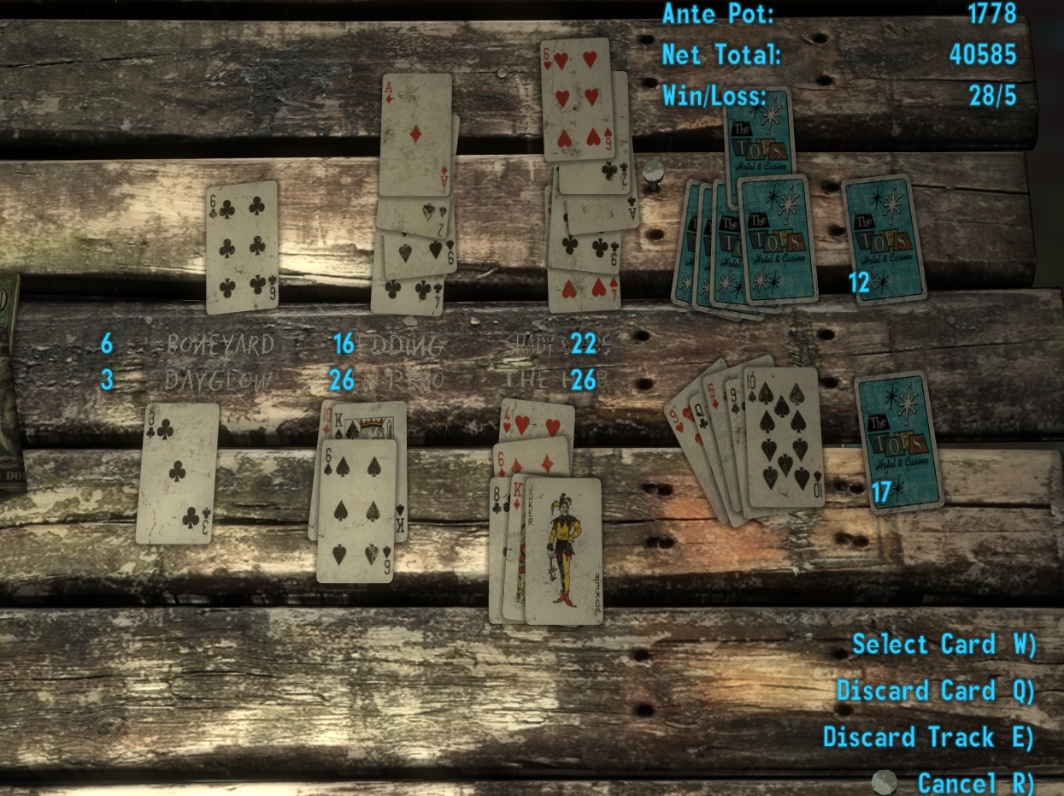 A bit of a divisive game, but an interesting one from more of an anthropological standpoint. What happens to playing cards in the nuclear holocaust, especially when it's rare to have a full deck? That waxy, 52 card deck that seems to find its way in a stay drawer in every household in the country finds a new utility as a collectible card game. The rules are sort of vague and obtuse, but once you get the hand of building caravans, it can become a fun distraction from wastelanding.

I have very few memories of Mario Paint, even though it was one of the games I played most often on my SNES as a kid. I remember making music with goose sounds, and I remember Coffee Break, a game where you swat flies. 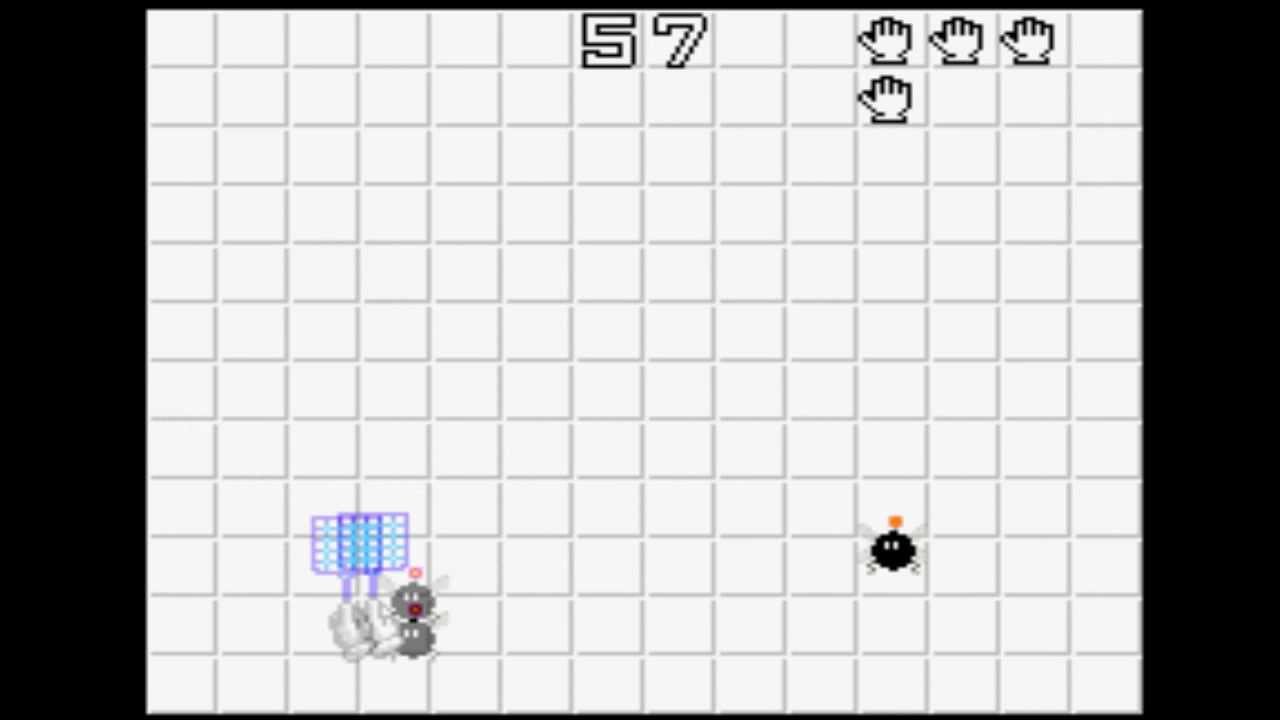 With the SNES mouse peripheral, you literally pointed and clicked on flies for three levels, fought a big, mecha fly boss, and repeated the process ad nauseam. Flies got faster, and bosses took more swats to kill. Oddly enough, it might be the most fun thing about Mario Paint.

PETA wouldn’t be a huge fan of this one. 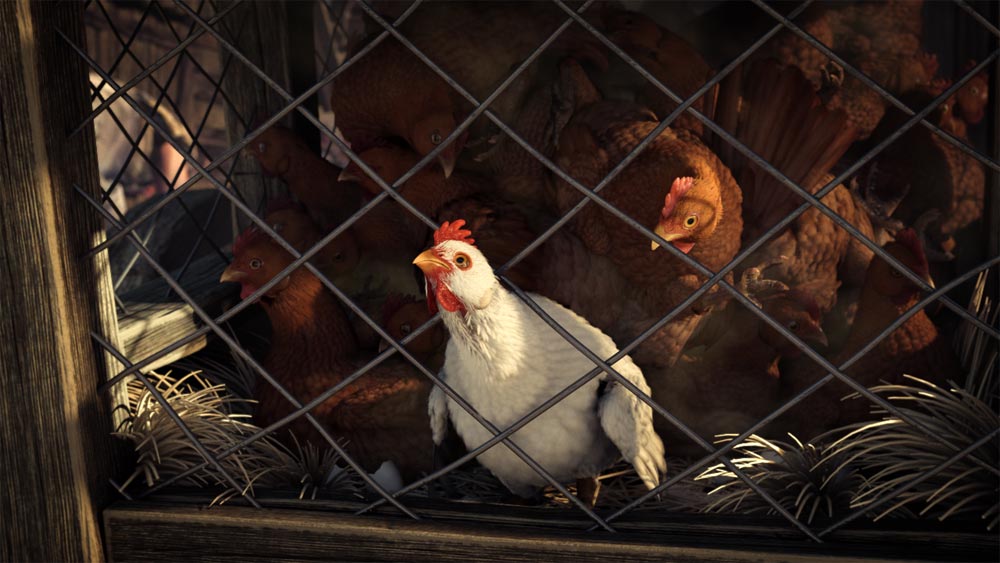 In Fables: Lost Chapters (essentially the director’s cut of the game) a mini game was added that involved quite literally kicking chickens as far and as accurately as possible. Fable II would also bring a version of the game, bringing terror to poultry the world over. This marks the most direct and dastardly offense to chickens in video games since A Link to the Past. 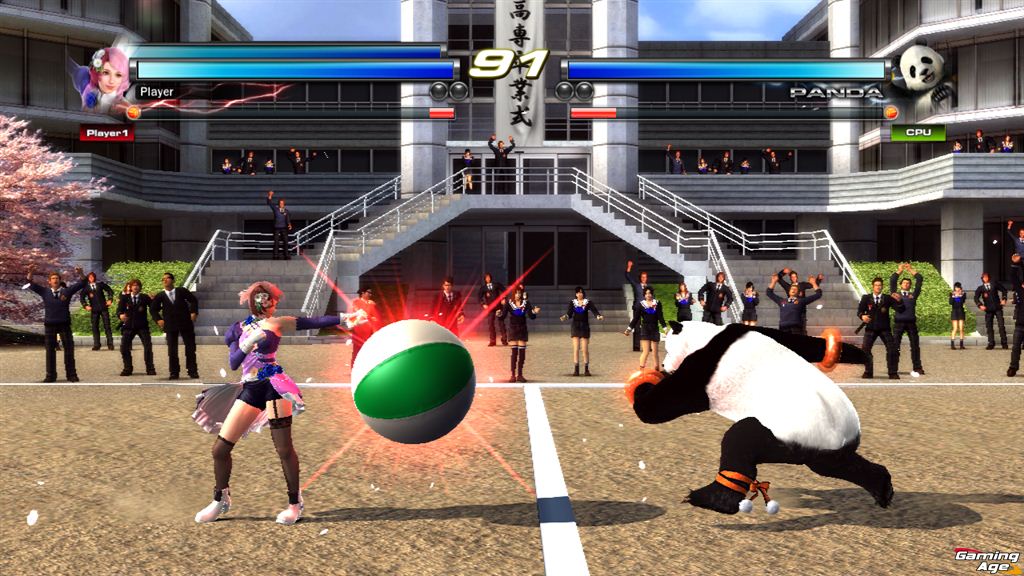 A game about punching and kicking needs it’s distractions, right? Enter Tekken Ball, one of the wackiest takes on volleyball ever. Each team of two had to use their character’s moveset to dominate 2 on 2 beach volleyball. If a giant panda spiking a ball into a dinosaurs face isn’t funny enough, imagine that ball being made of steel. Thats right, you could change the ball’s material composition and size, adding different layers of challenge to the game. It wasn’t good for a very long distraction, but it was definitely good in short bursts.

In the short time The Witcher 3 has been available at retail, Gwent has sort of taken the Internet by surprise. This is thanks, in part, to its collectible nature, but also the appeal of the gameplay is one that is atypical of a collectible card game. 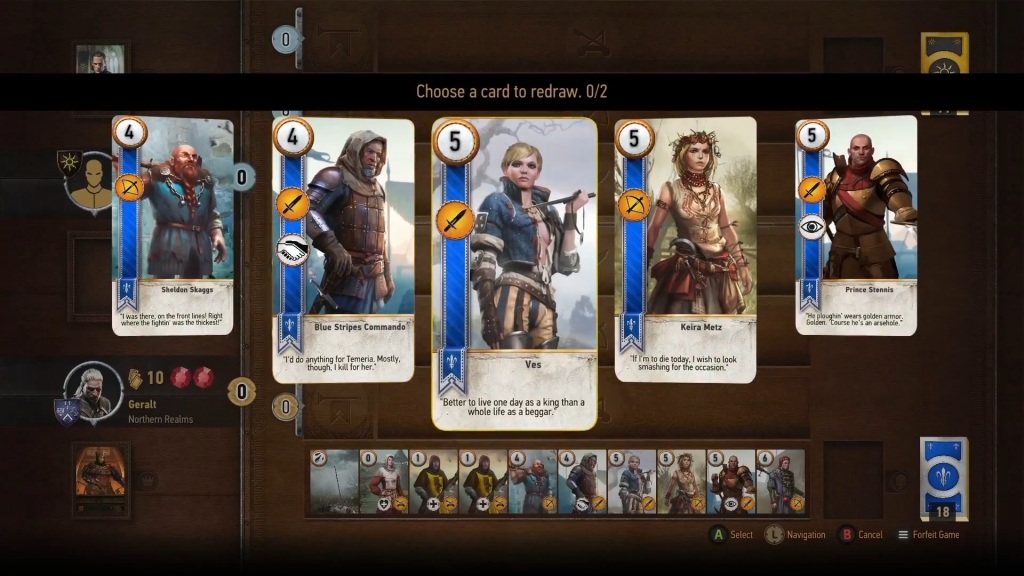 Many games say it, but Gwent really is more focused on you playing your opponent in a match of skill, and less focused you just building a better deck than them. Having great cards still pays dividends, but not spending the most crowns per card isn’t going to disqualify you from being the best in Temeria. 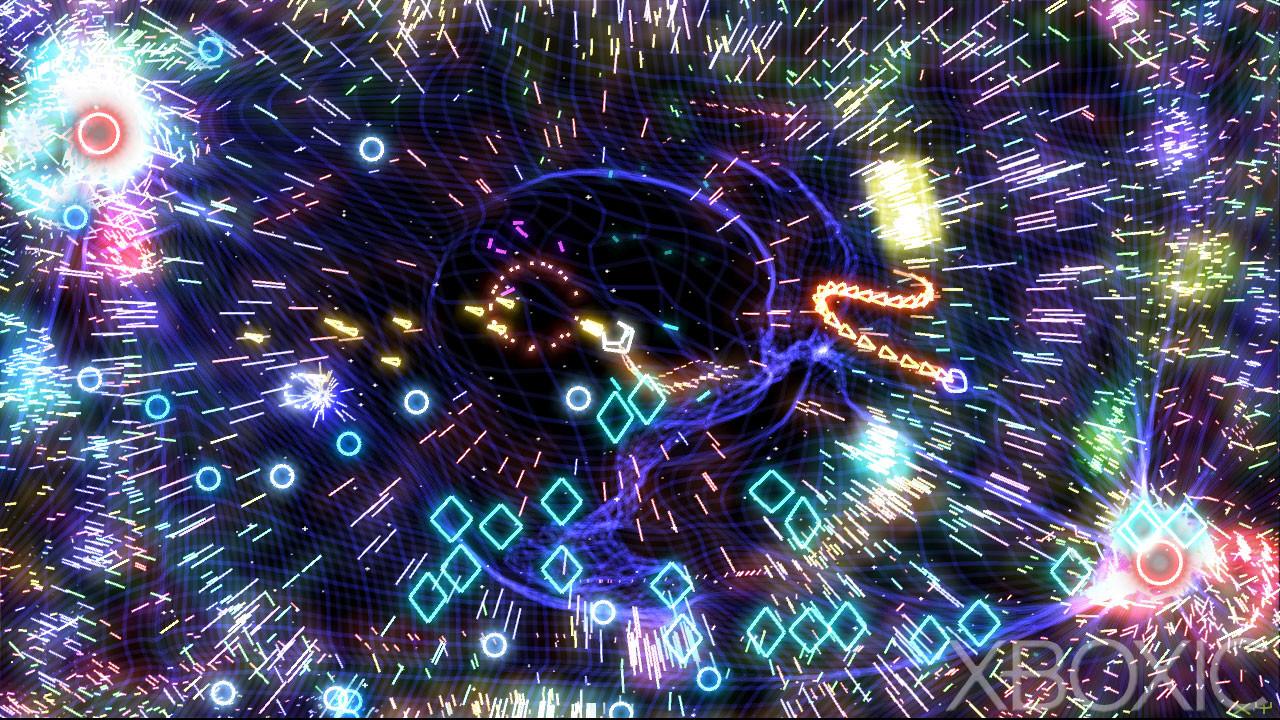 Geometry Wars was Xbox Live’s first huge hit. People loved its psychedelic take on the arcade Asteroids-style shooter, and its framework has heavily influenced every game since. Funny then, that this game started as a mini game in Project Gotham Racing 2. I know I personally spent more time playing Geometry Wars in PGR2 than I did racing cars.

There’s no better example of how quirky Metal Gear Solid 3’s sense of humor was than the Ape escape-themed Snake vs Monkey missions. I'm not sure what's funnier, the fact that you can earn a banana camo suit for playing through the levels, or the fact that changing all of the guards to monkeys actually doesn’t change the core gameplay experience that much. 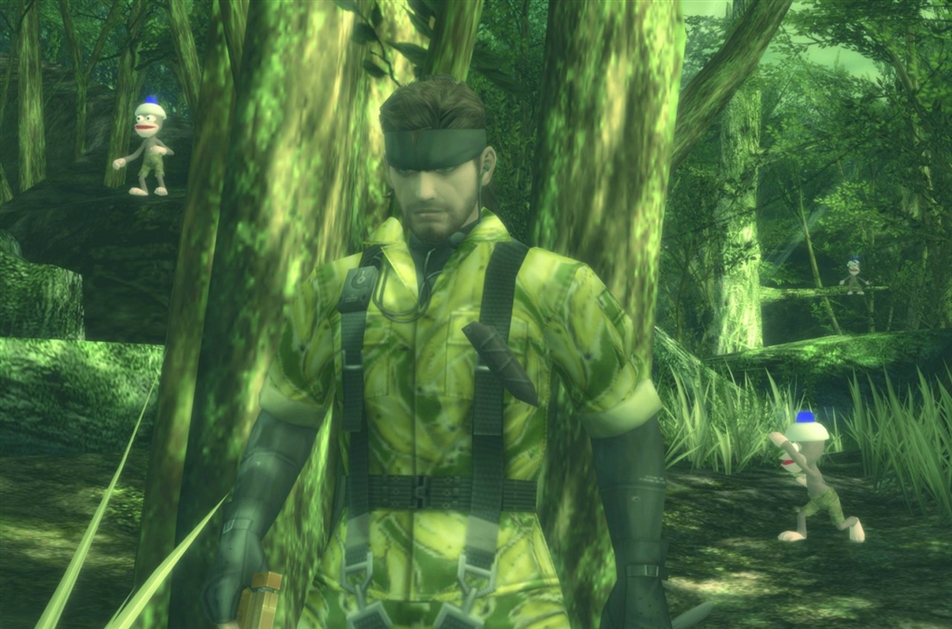 You still have to crawl and shuffle your way into advantageous points to get the drop on the enemies, just these enemies are escaped lab monkeys. 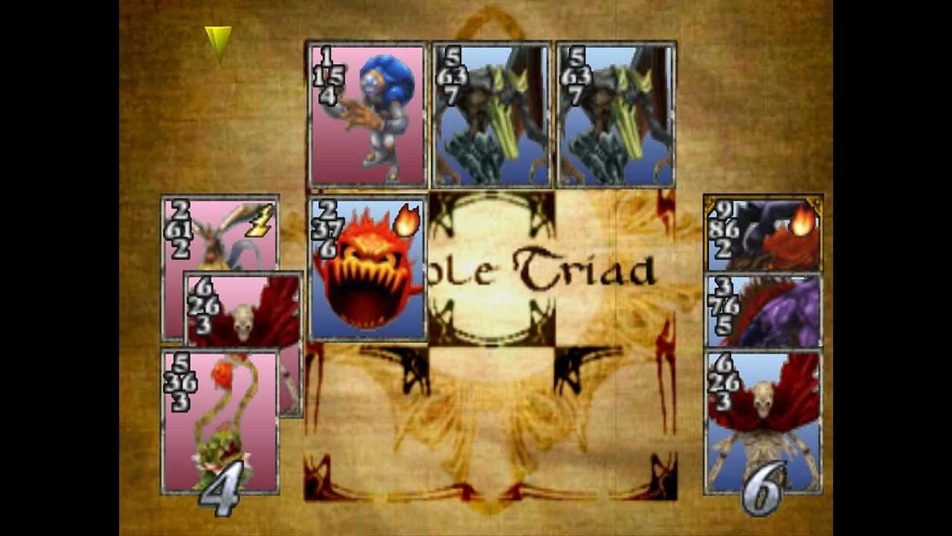 Another card game, but another one with a laser focus on skill over card worth. Having good cards is a must at higher levels, but beating an opponent is all about making them assume your next move. Games were quick so you could get in and out of rounds without much hassle. The kicker, though, was that each loss could cost you. Sometimes, you just lost a card. Other times, you lost your whole hand! Final Fantasy 8 also switched the rules up depending on which part of the world you played, mimicking the many colloquial styles of game interpretation in the real world to admirable effect. I still wish it was a real game.

With Resident Evil 4’s updated control scheme came Mercenaries, a mini game that gave us an opportunity to really get the most out of this brave new world of survival horror combat. Stepping into the shoes of one of several characters (some with different forms), you are tasked to get the highest score possible before time runs out. 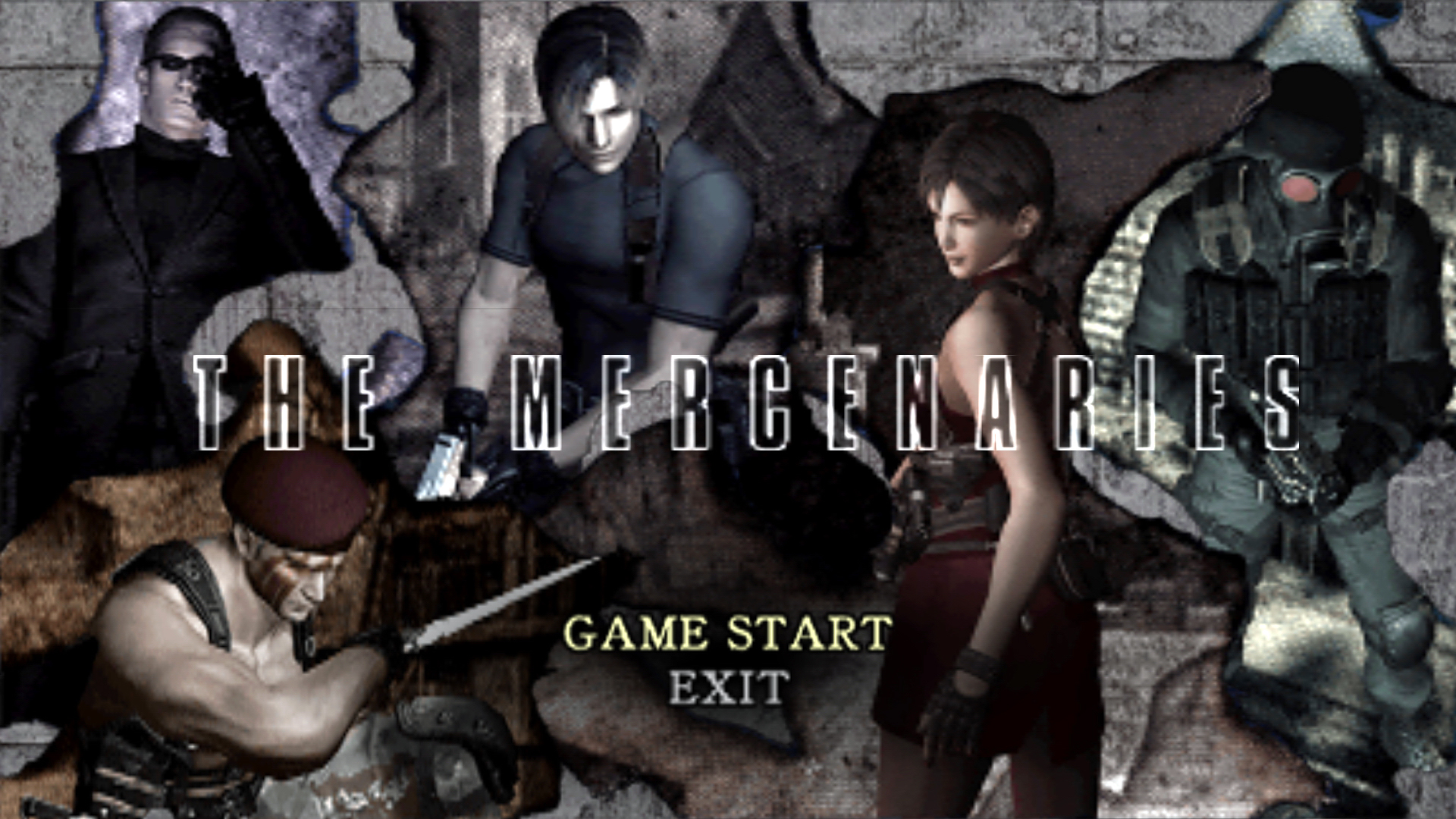 To do this, you employ your best zombie eliminating skills, as well as collect pick ups and power ups to extend time and add score multipliers. Each character came with a loud out of weapons and equipment that you couldn’t edit, but that gave each character a sense of personality. The best part of Mercenaries is that it hasn’t left the series since, and even has its own spin off game.