I’m not sure you heard the news, but the oft rumored Fallout 4 was just announced. It’s real, people! Get excited! The trailer is gorgeous and has gotten everyone and their pet dogs nostalgic for one of the all-time best open world RPGs. Allow me to stoke the passionate fire of your memories and discuss what have to be the five best Fallout 3 quests.

When you first step into the Oasis, the most immediate surprise is the sudden change in color and decor. Suddenly the hazy, radioactive green hue isn’t seeping into every corner of the color palette, and you’re surrounded by vibrant plant life and clean water instead of dusty deadlands. The verdance is overwhelming.

The biggest twist is the source of all of this growth: a talking tree named Harold. Harold used to be a human who was mutated by F.E.V. Harold traveled the world, undergoing drastic changes to his body and mind as he travelled, eventually growing roots and becoming the creature you meet. A cult of caretakers tend to the grove and pray to Harold’s presence. When you meet him, he’s very sad and can’t imagine a life that involves him sitting in one spot for centuries. He asks you to take his life, while the Treeminder cult asks you to further mutate him instead. The choice is yours...

When you happen across the battle between The AntAgonizer and the Mechanist in the streets of Canterbury Commons, you almost can’t believe what you’re witnessing. Two costumed vigilantes, complete with an honor guard of giant ants and robots, are throwing insults at each other before a brawl ensues. They escape to their lairs after sustaining losses (unless you decide to off one or both right then and there).

If you leave them alive, you can choose to aid one against the other or rid them from the settlement permanently. This is a classic exhibition of the games branching quest paths and choice-heavy gameplay triggers. It’s also the poster child for the Fallout franchise’s penchant for zainy pop culture references. 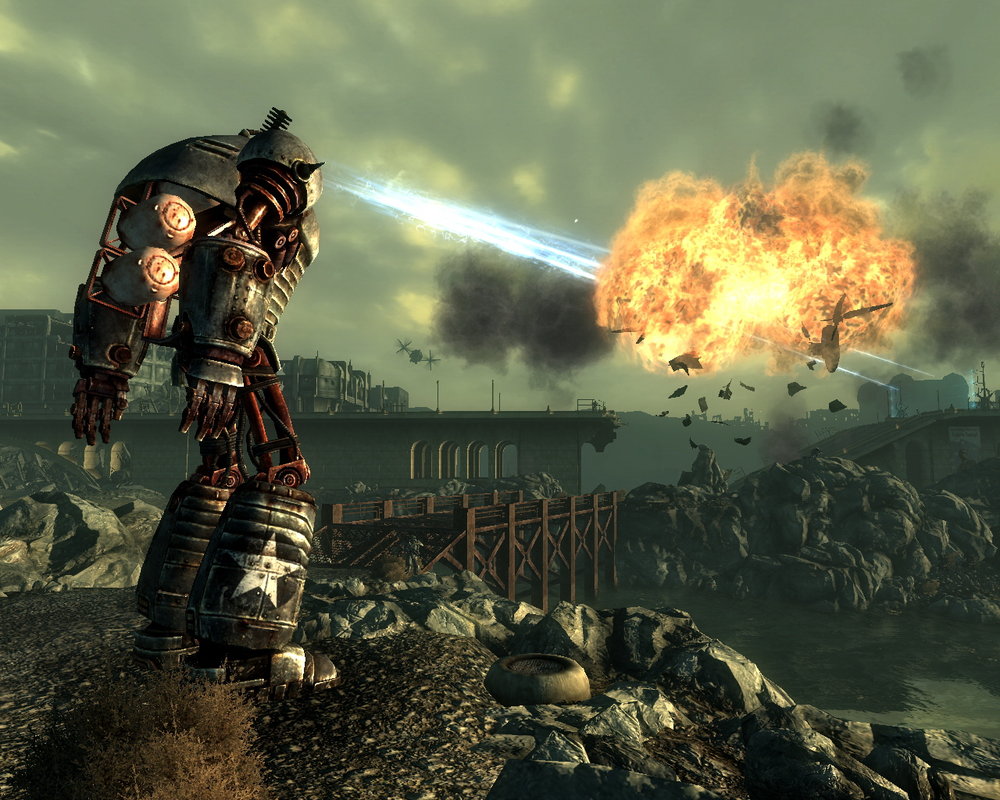 It takes a lot to keep the wows coming in a game that allows you to fire a shoulder mounted nuclear missile whenever it’s convenient for you. To expect that same game to go out with a whimper is to miss every lesson it taught you thus far, including the most important one: Fallout 3 will blow you away. When the gigantic Liberty Prime leads you and the Brotherhood of Steel into the final battle against the Enclave, it goes from awesome to instant classic almost immediately.

Liberty Prime shoots helicopters out of the sky with epic laser weapons, but its most potent ammunition is its catalogue of jingoistic litanies that it hurls at foes while he stomps them to dust. If The Rock was Captain America, or a GI Joe was a Transformer, they still wouldn’t reach the oppressive level of lethal patriotism that Prime possesses.

When you are sent to Vault 112, you expect to be greeting with the long, twisting steel corridors that are characteristic of the every other Vault you encounter. And in the beginning, you do just that. Then you happen upon a large room with a bunch of capsules ripped right out of a sci fi movie spaceship. Naturally, you climb into one, and one of the weirdest things in the game hits you square in the face.

These pods are virtual reality inputs and serve as both life support and coma inducers to the Vault’s inhabitants.Their brains are jacked into a virtual reality world, Matrix-style, but there’s no bullet time here. Just the videogame equivalent of Pleasantville. The dwellers' minds are trapped inside this virtual utopia, which sounds like a great idea, until you realize that the Vault Overseer has the wheel, and he is using his power to cause the members of his community great mental pain and anguish. Disguised as a little girl named Betty, he walks among them, influencing their lives in either subtle or drastic ways - whatever suits the madman’s sick fancy at the time. If you choose to save them, there are many options to go about doing so, including assuming the role of a killer clown and killing the digital avatars, severing their connection with the VR world and waking them up. It’s a crazy mission with non-stop twists and turns.

1. The Power of Atom

If Fallout 3 needed a singular moment to be its thesis statement for any poor soul who hasn’t yet experienced the magic, it would be the quest chain The Power of Atom. No quest so dramatically sums up the power of your influence as a player than when you stumble upon the dormant nuclear device in the middle of a quaint and bustling town and are tasked with deciding what to do about it.

There are many interested parties in this quest, each with their own stake in the decision. For the most part, the townspeople, including the sheriff and the local science folk want it deactivated so it can never harm anyone. With it comes the adoration of the people and acceptance into the fledgeling society of Megaton. Not everyone wants peace, though. 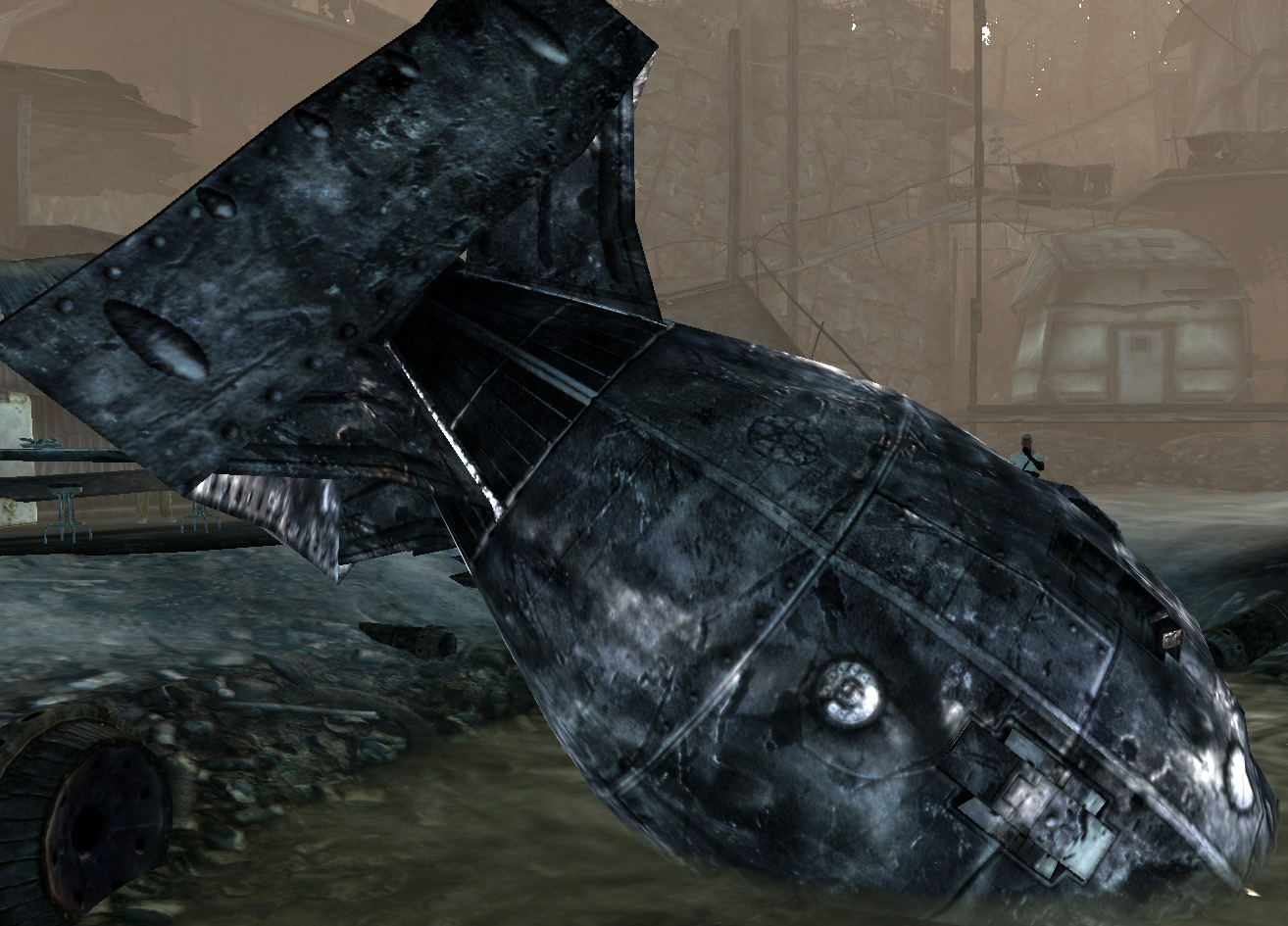 A cult has formed, hoping its prayers would bring about the nuclear reaction that is there dogma, burning everyone in sight in “holy light.” One man, an agent of a rich and shady benefactor, would like the place removed because it’s “an eyesore” and will pay the player a pretty penny to make sure it happens. Going to Tenpenny Tower and watching Megaton evaporate in an violent, ominous mushroom cloud is a surreal and dangerous moment. There’s usually no turning back from the dark side at that point.

Whats your favorite Fallout 3 quest? Leave them here, or tweet them @CurseGamepedia. Also, stop by our Fallout wiki, to freshen up on your wasteland knowledge in anticipation for Fallout 4

6 Other EA Franchises That Need Reboots