The annual Steam Summer Sale is in full swing, which means that absolutely no digital wallet or Paypal account is safe. It could be an overwhelming undertaking to navigate the store, but we're here to help! The games listed below are the definitely ones you can’t miss, especially when they're being sold at ridiculously low prices.

How low? Well, the chaos of the Summer Sale makes knowing exactly what prices they’ll be and when a bit of a touch and go subject. But even 10% off is a good deal for some of these.

1. Gods Will Be Watching

This point and click adventure game focuses hard on the tense claustrophobic conditions of a sci-fi space crew that is forced to make difficult decisions regarding each other and their environment. It’s a tough game for both your mind and your emotions, but a fun one nonetheless.

Not a Hero is Roll 7’s colorful cartoon of bullets and blood. It’s simple 2D aesthetic looks way more simple than it’s game play actually is - don’t be fooled! Bunny Lord needs folks who are on top of their gun play and willing to do crazy and brutal things for a better London.

This RPG is still in Early Access, but it’s such unique and compelling dungeon crawler that it’s worth the gamble. Inspired by the writings of H.P. Lovecraft (I mean, who isn’t nowadays), the party members of Darkest Dungeon have to worry about their sanity just as much as their bodies, and the creatures that lurk in the dark are extremely motivated towards testing both. Learn more about Darkest Dungeon on the Official Wiki.

This clever take on the spaghetti western revenge plot puts you in the shoes of a humble young farmer set out to find the man who killed his brother. The twist is, every time you play though the 5-ish hour story, the culprit changes. This rogue-like interpretation of the final boss makes each play-through a fun, unique fact-finding adventure. 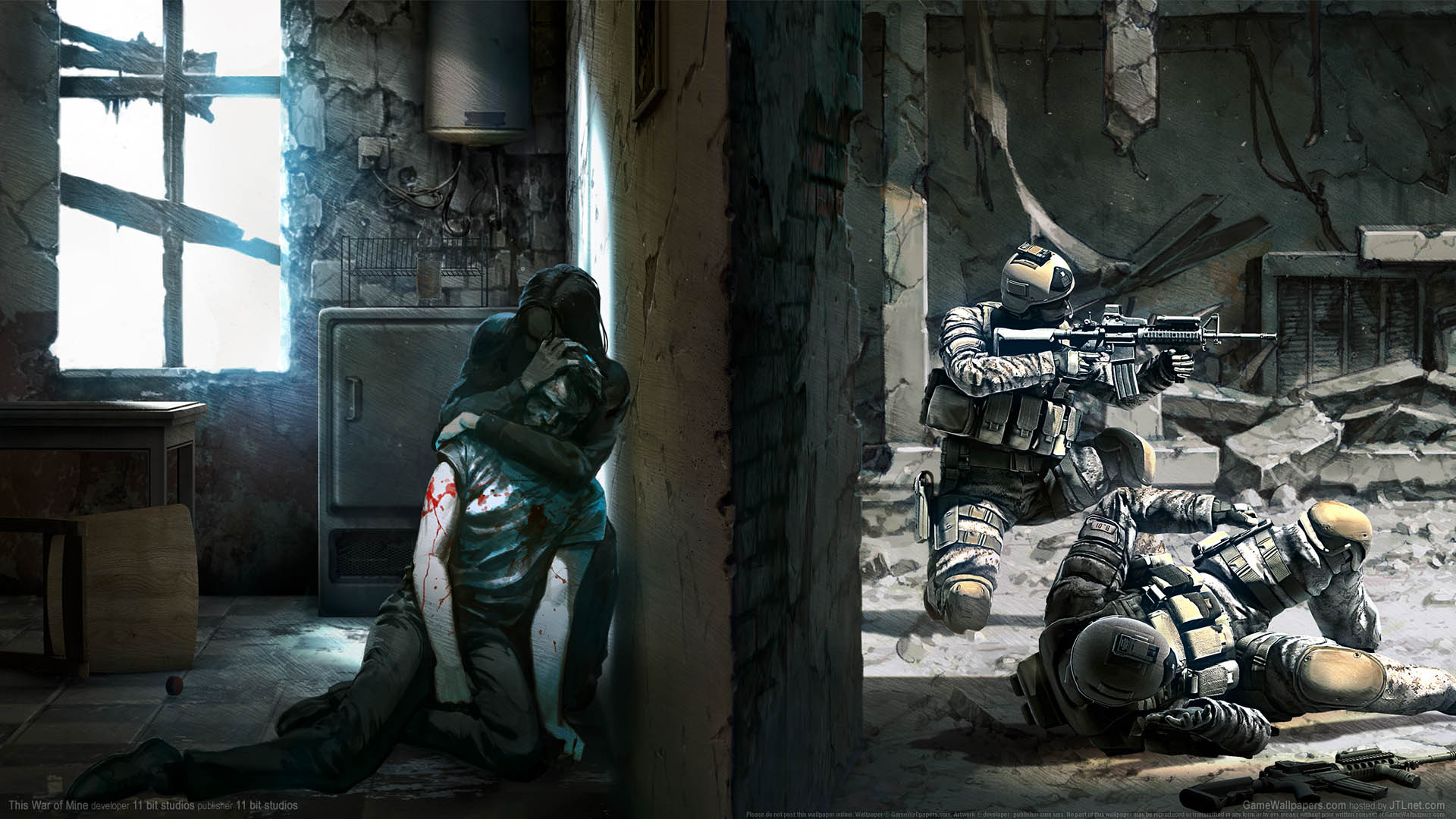 It’s uncharacteristic to find a game about war that makes war look like a terrible idea. You are not a burly super man in this title - instead, you are just another piece of collateral damage that has to find a way for you and your peers to survive. It’s a more depressing Oregon Trail. Learn more on the Official This War of Mine Wiki.

It’s has a bit of a steep learning curve, but Risk of Rain is a roguelike worth everyone’s commitment. As you explore the alien world you’ve crash landed on, collecting items that change the way you run, jump, and shoot, you really start to see the charm of RoR. It’s truly a game that gets deeper and more rewarding as you play it.

This Kickstarter darling succeeds in replicating the old charms of the 16 bit era platformer in ways many of it’s contemporaries fail. It takes the best parts of games like Battletoads and Ducktales and puts a fun and wholly unique spin on it all. Shovel Knight is well-loved for good reason.

Quite easily one of the best 2D fighting games of our time doesn’t include over-top-special moves, input-heavy combos, or colorful national stereotypes. Nidhogg is a one on one fencing game that has two steps: stab the person in front of you and make it to the finish line. When boiled down to its bare essentials, fighting becomes more about beat the other player than beating the other character.

9. Crypt of the Necrodancer

One of the most clever games in the past couple years is an unlikely mashup of genres: dungeon crawling roguelike and rhythm game. You must take every step to the beat of the song currently playing, songs that can be selected from your personal collection and imported to each level. It’s charming and challenging - two qualities every successful indie game has.

Chroma Squad should appeal to any 90’s kid who spend their tender years in front of the tv after school every afternoon. It’s cute interpretation of sentai shows like Power Rangers is nostalgic, and it’s mixture of strategy RPG and TV studio simulation is interesting. But if you often hum the Green Ranger’s theme song to yourself, you already know this. Learn more at the Official Chrome Squad Wiki.

11. The Vanishing of Ethan Carter

This first person horror mystery exudes Myst-like guile as you step into the role of a private investigator tasked with discovering what happened to Ethan Carter, and what sort of deadly evil has gripped the small community of Red Creek. It’s moving and captivating, regardless of not being very long or difficult. Learn more at the Wiki on Gamepedia.

What games are you most excited to buy this week? Tweet us @CurseGamepedia or leave a comment below.