For a lot of us gamers who remember our little grey, analog stick-less Playstation controllers fondly, a long-deferred dream came true during Sony’s E3 conference. Square was officially going to give Final Fantasy VII a second look, and not in that really trolly, yet oh so funny way they teased back during last year’s Playstation Experience conference. Nope, Square is committed to making an honest-to-goodness HD remake of the JRPG classic. This should excite you. This should frighten you.

There’s enough space between the announcement and now to properly separate our nostalgia from our realistic expectations of this game. We love Final Fantasy 7, especially back in 1996, but that game can’t, and won’t, be a frame-by-frame translation. The same things about video games don’t appeal to us anymore. That, and in the past almost 20 years, we have evolved past some of the archaic video game tropes that are present in this game. Even JRPGs, which are among the genres that have changed the least in the past couple decades, are noticeably different now. And so will FF7 be. This isn’t just anecdotal speculation, Tetsuya Nomura pretty much said the same thing in an interview with Engadget. 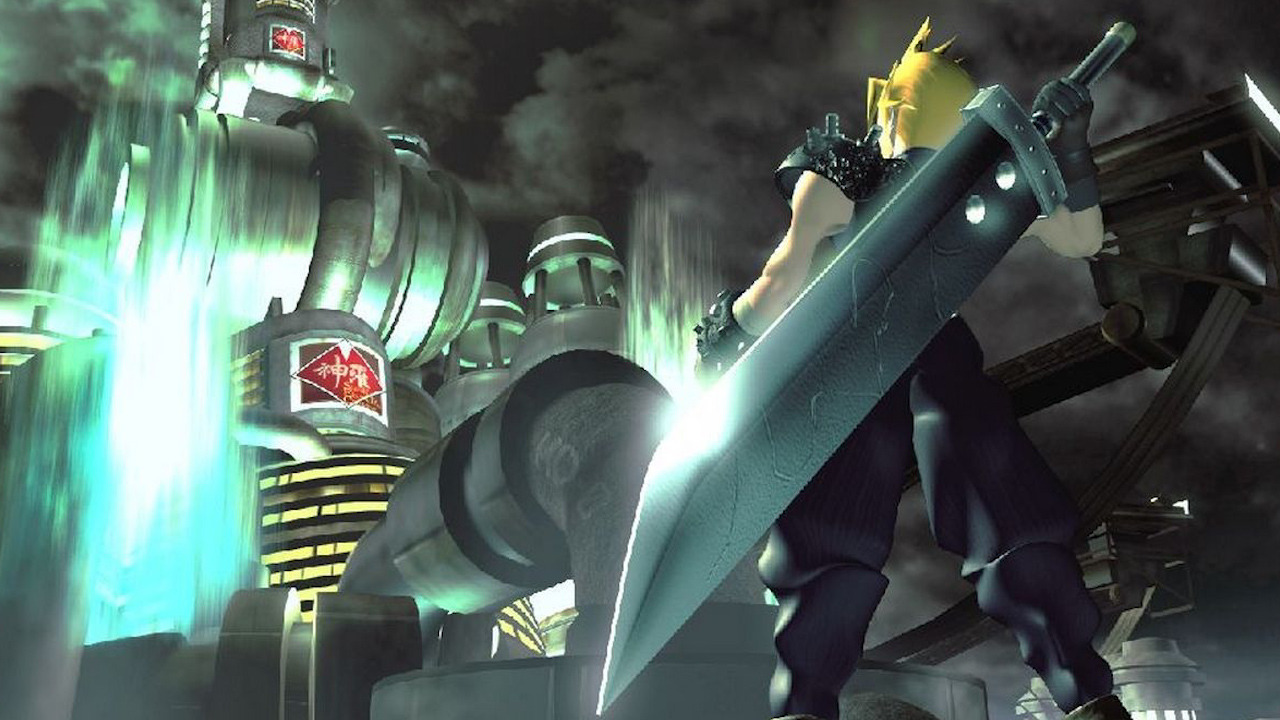 How does an old game make the right changes to be a truly modern experience without losing what makes it special in the first place? Im sure Nomura has lost years of sleep digging for answers to that very question. I don’t have a solid answer, but the first step towards one should look a lot like “see what everyone else is doing.” Different games do particular things well that every game, not just Final Fantasy, should take notes from. In some of these specific areas, Final Fantasy could learn a thing or two from games that have done it right in recent years.

Dark Souls is famous for it’s oppressive difficulty and its foreboding atmosphere. It’s combat is the meat and potatoes, though, and it’s something FF could stand to learn from. I’m not suggesting Final Fantasy 7 become an action-RPG. That might be too radical a transformation that would take away from the sense of comradery that you feel when the team is finally whole, and you use them in tandem. But Dark Souls’ combat is based heavily in an unbending set or rules, and it prides itself on forcing players to think defensively first. Almost every monster in that game has the will and the means to kill you, and you always have to be on your toes around them. It’s hard to really accomplish in a game that can simply just let you level grind your way to easy victories though.

Solving this may involve taking a play out of the MMO Handbook, one Square dusted off and added passages to with their surprise hit, Final Fantasy XIV. A player’s level compared to the monsters they beat affect the amount of experience they get from the creature in most RPGs. The bigger the gap between player and monster, the less XP they get. This compels players to take on challenges earlier, to be more efficient. I like this. 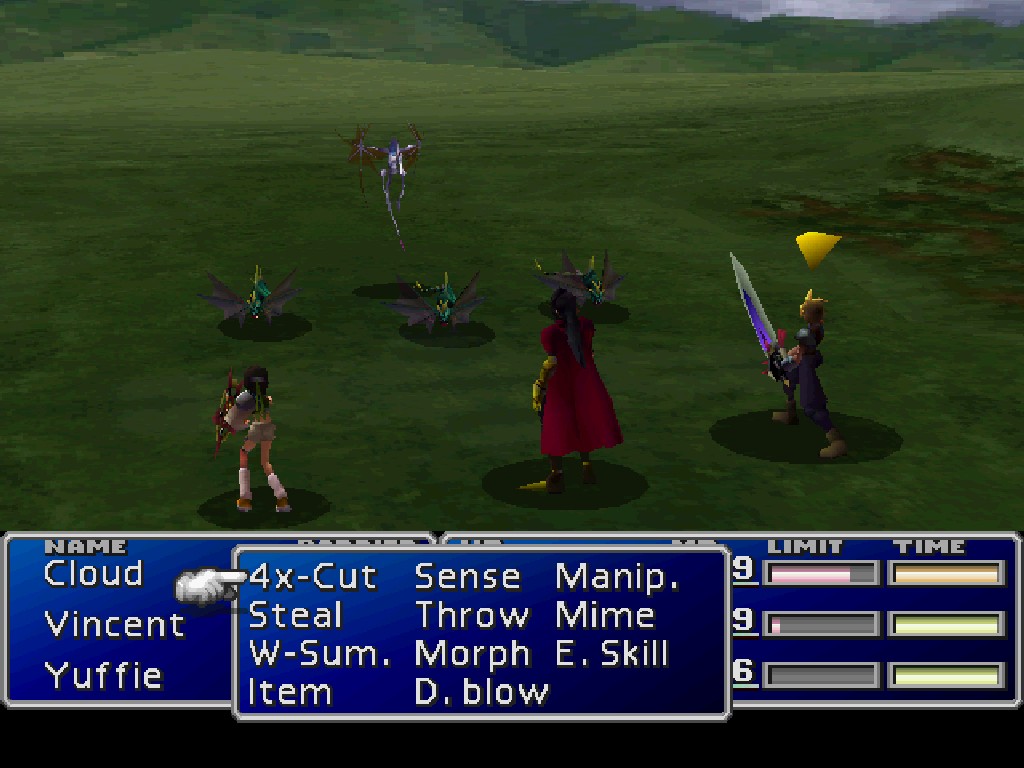 The act of fighting should remain turn based, and even keep a version of the ATB system the series invented, but the characters themselves need a redesign. Materia gave the party members their abilities, and each member’s weapons and armor controlled how these items can be equipped and how each materia would effect each other, or if they did at all. The issue there becomes that every character, from a mechanical standpoint, is the same boring blank slate. Whoever you use in combat is based complete on who you like looking at, and how much you like their limit breaks. In order to pull the individualism out of each character, I would suggest looking at a genre of games known for large casts of characters with diverse play styles that can be receptive to player added nuance: MOBAs.

Think of League of Legends or Heroes of the Storm. These games feature characters who have their own private sets of abilities that can be enhanced by meta items outside of matches, or item buying and skill tree navigating within rounds. Any given skirmish in the Twisted Treeline may involve a Darius on either team, and even though Darius has a predictable set of moves, there’s nothing that demands those Darius’ to be built and played the same way. In Heroes, players can literally change the properties of their moves, adding effects or targeting patterns and completely altering their usefulness in combat.

I don’t see a reason this couldn’t be applied, in some way, to FF7’s cast. Each character can have a personal skill or set of skills, and each materia can change the way these skills work depending on who they’re equipped by. Or the spells and abilities that a materia could grant Barrett might be different that the ones they grant Red XIII.

Square Enix has a strong legacy of great stories in their RPGs. The Final Fantasy series is arguably the best proof of that. The overall stories of these games are groundbreaking and memorable at best, but the series has often struggled with the plot. Be it with awkward placements of cutscenes, incoherent and trivial dialogue, or endless exposition, these games come to screeching halts at times. Western RPGs have become very good at solving this problem in one key way: choice. 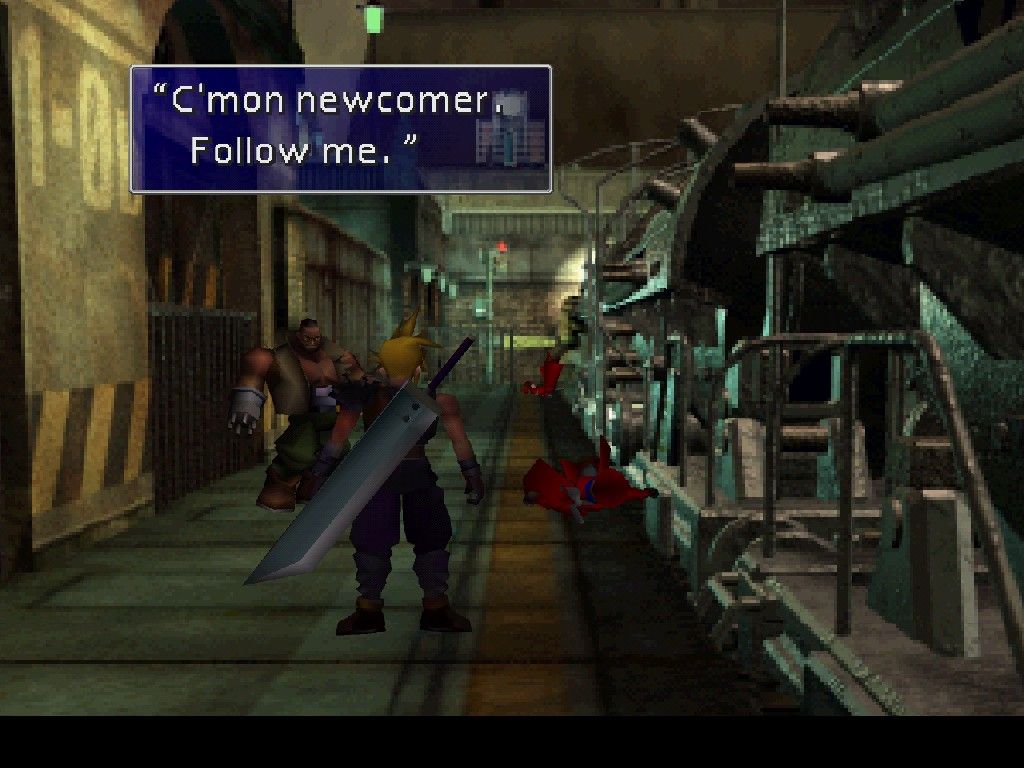 From The Witcher 3 to Mass Effect, players are given complete agency over who we talk to and for how long. We can get straight to the point at anytime, but it’s up to us to ask the sort of questions that fill us in on the details. Maybe I just want to go through the door, not ask Stern Guard Jacob why he’s standing there.

Another thing Western RPGs do well is minimize the exposition via dialogue. Rarely do you have to stand in front of a person and have them tell you everything about the world your character has supposedly been living in for 20 minutes. Many games would rather show you, like when you happen upon Megaton in Fallout 3 for the first time, you don’t realize the conflict its people are in with certain element of Tenpenny Tower and the Church of the Atom until they intersect your path towards your goals.

One of the biggest issues with Final Fantasy XIII was that, despite the quality of the overall story, the pacing of the plot and the lack of focus in narrative did a poor job of relaying any of the important story cues. Luckily for FF7, the story is already written, and the plot is fairly balanced. But the dialogue needs to be trimmed for people who won’t appreciate the old “wall of text” mentality (i.e. everyone).

The characters themselves could use tweaking, as well. Cloud is a part-time jerk/emo kid, and might need to be written a bit more maturely, or at the very least, more consistently. It would also be pretty criminal for Tifa and Aeris to be stuck being the sort of one-note support women they were relegated to in the game (though Advent Children Tifa was a welcome sign of growth for the character).

One of my favorite things about Final Fantasy XIII was the way it looked. From the high concept futuristic character models and weapon designs, to the sleek and animated menu screen, every thing about the visuals were kinetic and enthralling. A Final Fantasy 7 remake would definitely benefit from something like that.

The voice acting in Final Fantasy games is pretty hit or miss, though. Voice acting continues to make impressive strides in general, though, with legitimate v/o superstars like Troy Baker and Nolan North becoming (sort of) household names. Part of refining these characters is revising how the sound, how they deliver lines, who they display their emotions, etc. Games like Dragon Age: Inquisition and The Witcher 3 are filled to the brim with characters great and small with incredibly poignant voice work that should be mimicked by everyone.

Ultimately though, how Square Enix chooses to treat their legendary RPG is up to them. They can incubate the idea amongst themselves and see what happens, or they can take a good hard look at the state of the RPG today and see how they can fit in it. The only thing that really matters is that a good game is the end result.