The end is finally here. After a month long gauntlet of 16 of the world's best League of Legends teams duking it out across Europe, we've finally sorted out who will battle for the right be called the best of the best. With both teams coasting into the finals pretty easily, the KOO Tigers and SK Telecom T1 will put it all on the line Halloween morning.

The Tigers' Semifinal contest with Fnatic was one with a lot of promise for both sides. With matching records coming out of the Group stage, both 4-2 teams tasted defeat on the world stage and were forced to overcome it. In the KOO's case, the Flash Wolves seemed to have their number, being the source of their only losses. Luckily, they were seeded far away from their reach, and were dealt with by Origen. 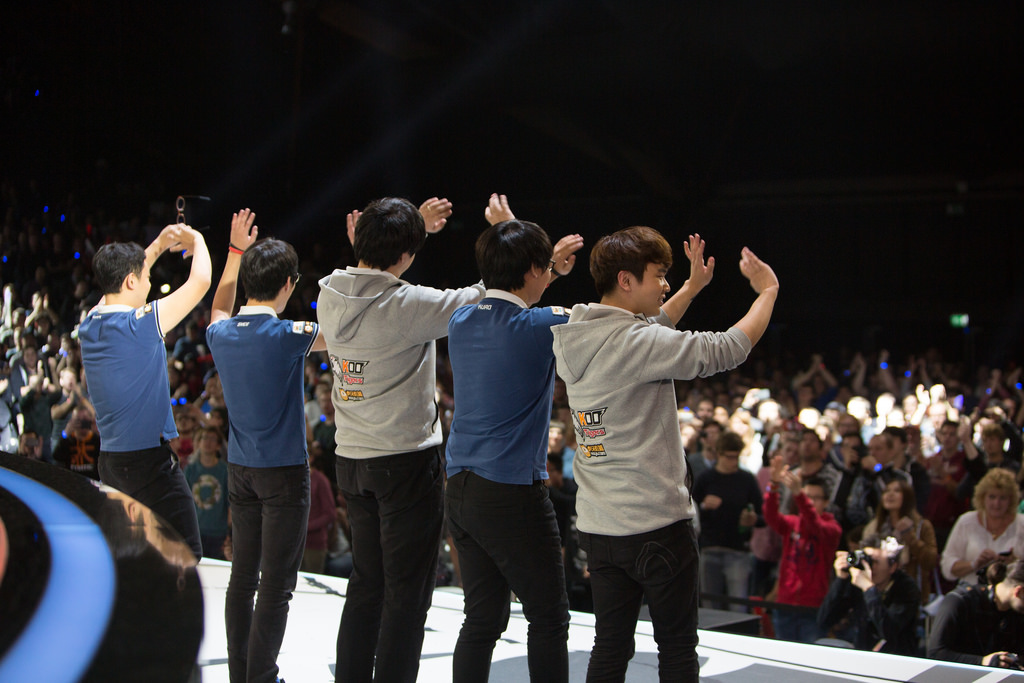 The Tigers' Semifinal round was remarkably dominant. Fnatic was gaining steam after their unlikely sweep of Edward Gaming, and people were really starting to lean on them as a possible Finals contender, a place they haven't been since 2011. We were all brought back down to reality when KOO swept the European team last weekend 3-0. Fnatic's lane swapping style would gain them the advantage early in two out of the three games, with farming pressure and gold keeping KOO on their toes. Even the team fights, which would initially look grim for FNC, would miraculously turn around in their favor. Costly mistakes left them open for big plays against them. It didn't have to be the runaway success is appears to be on paper.

That's not taking anything away from KOO. They are a solid team with that excellent map awareness that is becoming signature with Korean teams. Add that to the consistently stellar performance by their top laner, Smeb, and KOO earned everything they've gotten up to this point. Will it be enough, though?

SKT enter's the finals undefeated and is the first team in Worlds history to do so. They've gone relatively unchallenged in their quest for the cup, and are statistically more dominate time after time. It's almost unreal how much better SKT looks against other world class teams. Even when games don't go as smooth as possible, they still get turned around fairly quickly.

For example, Game 1 of the Semifinal match against Origen, the European team found a way to get SKT on the ropes thanks to a good gold lead, despite being down in kills. A surprise early lane switch and a 22 minute Baron rush allowed them to muscle into a good position, tower wise. It barely lasted, as SKT grabbed their own Baron about 10 minutes later, and pushed into OG's base deep. It would be unrecoverable. There's a pattern there: every time SKT gets Baron, they pretty much seal the game shortly after. 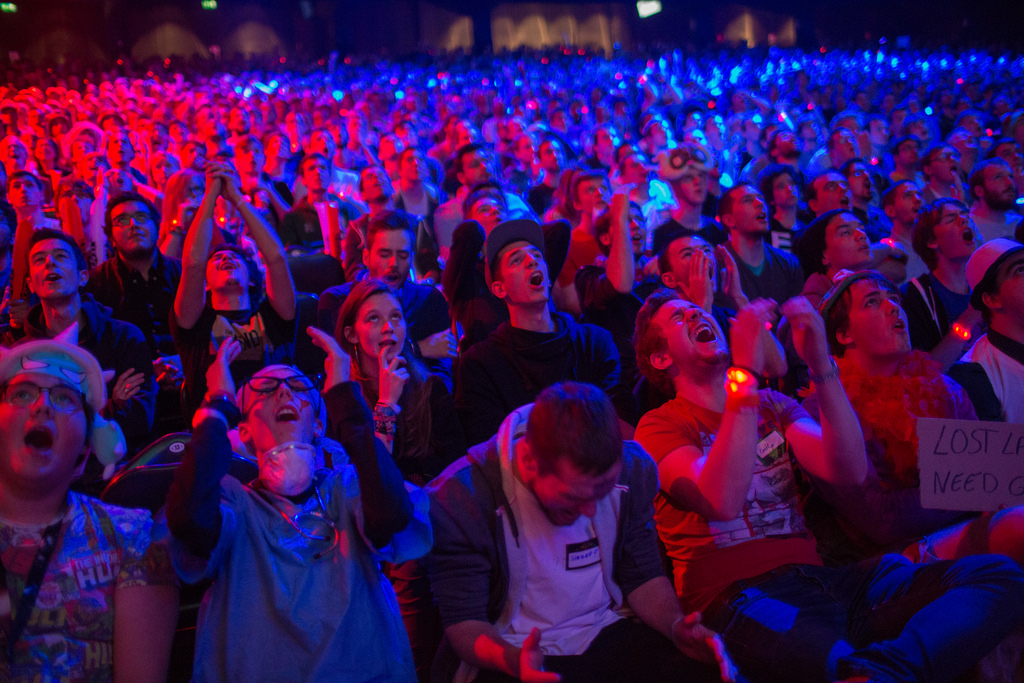 It's not uncommon for SKT to get disadvantaged early, either. Most of their games against AHQ in the Quarterfinals saw SKT ralling from an early deficit. They take their time in these games, and never stray from their gameplan. An opponent's small success - early objectives, good ganks, lane shenanigans - have yet to stress this Korean juggernaut to the point of cracking. These players are so good, so confident in their individual skills, that their victories are almost an inevitability.

That said, the teams don't look that different on paper in every position. Though MaRin has been heralded as one of the lynchpins of SKT's repeated success, his KDA of 5.09 is actually only second among top laners to the Tigers' Smeb, who sits at 5.28. It's no surprise that they both have preferred Fiora in the tournament so far. As much as it may be fun to see who the best Fiora is, it may behoove both teams to just ban her and have them rely on their secondary picks of Renekton and Darius, which is a way more interesting match up.

Faker is the most well known player in the game, and has a prolific mid game, but KOO's KurO has the higher KDA, 7.27 to 7.95. Faker has relied on Ryze heavily in this tournament, and besides his tricky Olaf pick back in Groups, he found the most success with him. KurO has spread his picks out a bit more, splitting top time with Azir, Veigar, and Viktor, making him a bit more difficult to ban against. Also, KurO has been much more lethal than Faker, with a tournament total of 66 kills to 32. But Faker is a playmaker, and knows when to hang back, when to strike, and when to sacrifice himself for the good of teamfight. This may be the lane to watch on Saturday.

KOO's Jungle game has been quite good this tournament, as well. Hojin has been solid in teamfights and ganks, with his top pick Elise being an integral part of his 7.47 KDA. He's also had good performances in his non-optimal picks like Zac and Rek'Sai. Bengi, on the other hand, has had a lackluster jungle performance in comparison. His 6.17 KDA isn't the most telling stat here, it's the assists. In the same amount of games, Hojin has 117 assists compared to Bengi's 55. This means wherever there's a teamfight, Hojin is there. He's interfering more, ganking more, controlling more - all things that win fights and win games. 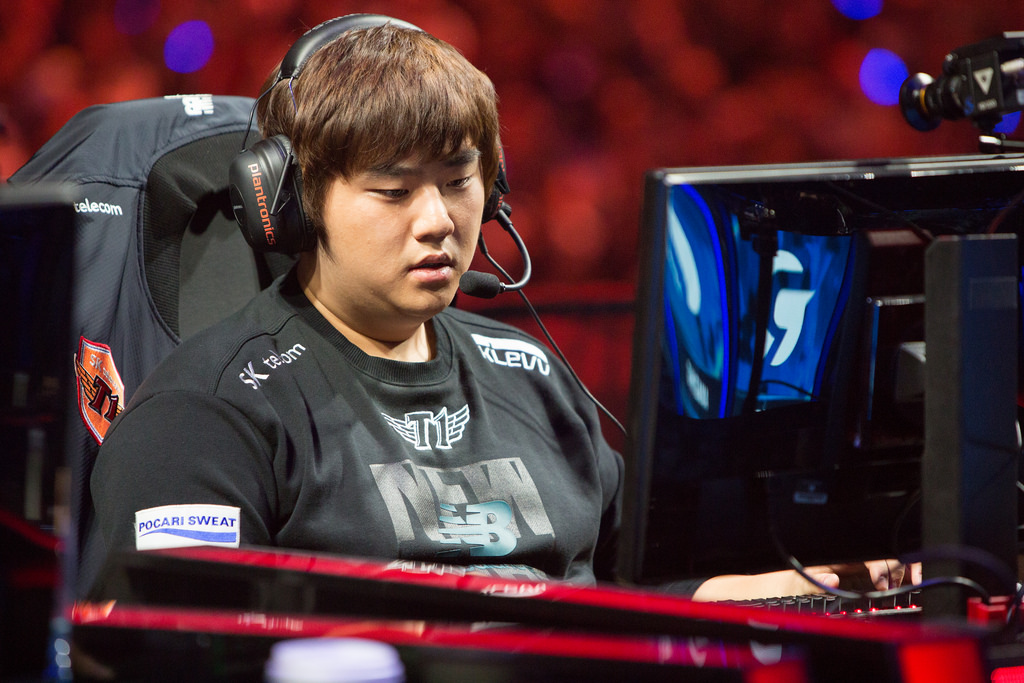 If there was one immediately identifiable advantage SKT has over KOO, its the bottom lane. The ADC/Support team of Bang and Wolf are probably the best duo in the world, right now. Bang's 19.86 KDA is tame compared to where it was weeks ago, but it's still the highest in the tournament by a good margin. Much of that is thanks to his Tristana, who is 28/2/23 in the 5 games he played with her. Much of his success comes by way of the watchful eye and clutch plays of Wolf, who's 8.75 KDA doesn't do his near perfect Alistair game justice. Bang and Wolf are a dynamic duo, like a Korean Batman and Robin, and it will take a very focused and ready pair of PraY and GorillA to combat them. PraY's Ashe pick is solid, as the Enchanted Crystal Arrow is still one of the most out of nowhere, game-affecting ults in League, but his 6.83 KDA reveals a player who may make too many mistakes against the likes of Bang and Wolf. If GorillA looks to go Alistair vs Alistair with Wolf, he will almost assuredly lose. KOO may be wise to ban the minotaur in order to level the playing field.

The added problem with KOO having a bottom lane so demonstrably weak in comparison to SKT is that the bottom lane is where the closest and most sought after objective is - the Dragon. If KOO can't hold off a surging SKT bottom lane early, they are going to lose Dragon every time he spawns.

Both teams have their work cut out for them, and the first ever all Korean Finals still has plenty of room to turn heads and shock people. If you need to bone up on the basic, check this League of Legends Primer. To recap the big moments and read up on some meta details like character stats, team rosters, etc., come to the Leaguepedia. Get hyped with us on Twitter @CurseGamepedia, and be sure to check out the 2015 League of Legends World Championship Finals on Saturday, October 31st where every you stream that sort of thing.

The League of Legends Field Guide