There is something undeniably striking about the view from The Tower, the solar system's last beacon of hope in Bungie's sci fi epic, Destiny, and respite of Guardians, its masked heroes. Mostly, the spectacle comes from The Traveler, the Apple product-meets-celestial body who's massive size engulfs the sky. Its girth is indomitable, its silent surveillance intimidating. It was one of my favorite things about Destiny when I started playing the same time everyone did, around the end of last summer.

Like many of my peers, I fell out of the grind because of the lack of endgame content at the time. Gathering items to put towards building legendary gear is fine and all, but not if it's the only thing around to do. The Crucible is a fun suite of multiplayer gunplay, but it wasn't enough to keep me enraptured. I was here for the Mass Effect/Star Wars/Halo space opera I was promised and it ended a bit short.

Then, the big hubbub about The Taken King caught wind in the games media, pretty much sending all of the half committed, middle of the road opinions about Destiny straight into the black void. Everyone has suddenly loved the game. It took me 3 months (and a convenient Christmas gift) but I decided to come back and see what all of the fuss was about. 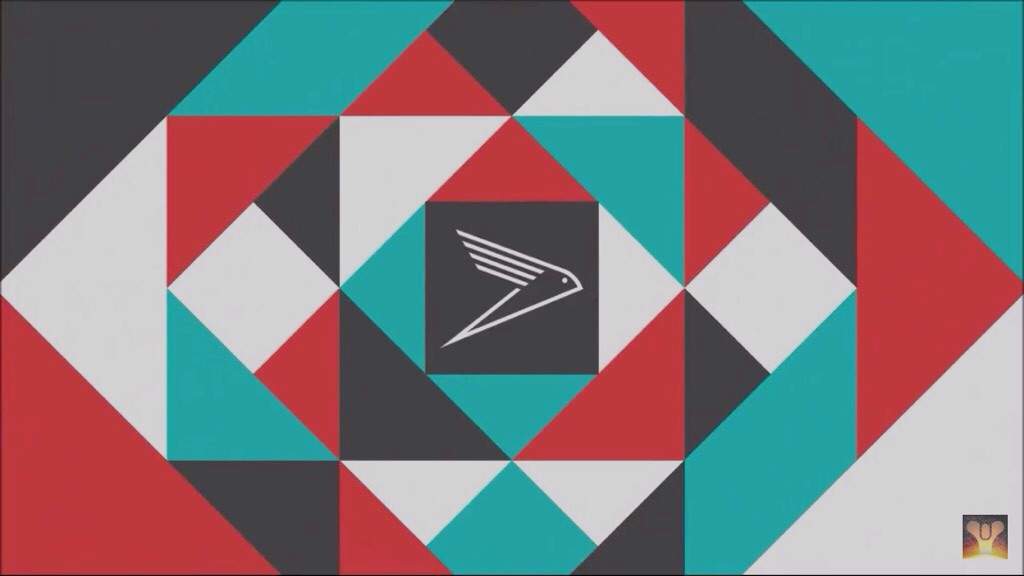 My original idea was just to head straight into the Expansion content I missed first - The House of Wolves and The Dark Below would help me blaze through the revamped leveling system on my way to getting geared up enough for this brave new content. I was immediately distracted by the limited time event taking place around the same time as my re-debut to the game - The Sparrow Racing League.

From the first time you lay eyes on the Landspeeder-like transport, you can't help but wonder when you get to race these things. They dart over the craggy lands like the Cosmodome or The Moon with the bizarre mixture of raw speed and waifish elegance. The maneuverability is unlike anything in other games - if only you could blast through premade tracks full of sick jumps and radical twists and turns? Bungie thought the same thing, apparently.

The Sparrow Racing League is an earnest, if not inevitable, attempt at capturing this collective excitement we all had when we first laid eyes on our Sparrows. In the most basic of analysis, SRL takes what we know about how Sparrows work, adds some new abilities like dodging and an overdrive, and drops racers in one of two maps: a straight slalom and a more traditional roundabout. To keep things interesting, gates are peppered across the track that entice racers to run through them, as they give you a speed boost for passing in between its borders. Maybe a bigger enticement than the speed boost is the huge slowdown penalty you get for missing gates. Gates vary in size depending on your place in the race - the closer to the top you are, the smaller the gates.

Honestly, if the races were just a face-paced jockey through these checkpoints to determine a winner, I think we'd have a better foundation to iterate on the next time this event swings around. The addition of random monsters firing upon speeding Guardians provides the kind of chaos that really only brings bad words and hurt feelings. And not in the "spirit of competition" way. It's not the fact that they are shooting you and attempting to stop your advance with mines and, at times, their bodies. It's that 90% of the time they are completely inconsequential, and the remaining 10% of the time they produce some race ending phenomenon that spoils all the work you've done at little fault of your own.

I don't know how many times I've come to a dead stop after hitting a Vex Goblin head on. A Vex Goblin that is, visibly, no different than any other Vex Goblin that I've run over in the past. Apparently they slip in lead Vex among the rabble every so often. The shadowy model clones of The Taken are a nuisance, shooting me as I pass them and exploding things in my way, obscuring vision. Until randomly, one stray laser beam hits me and sends me careening into the ceiling of a narrow tunnel. 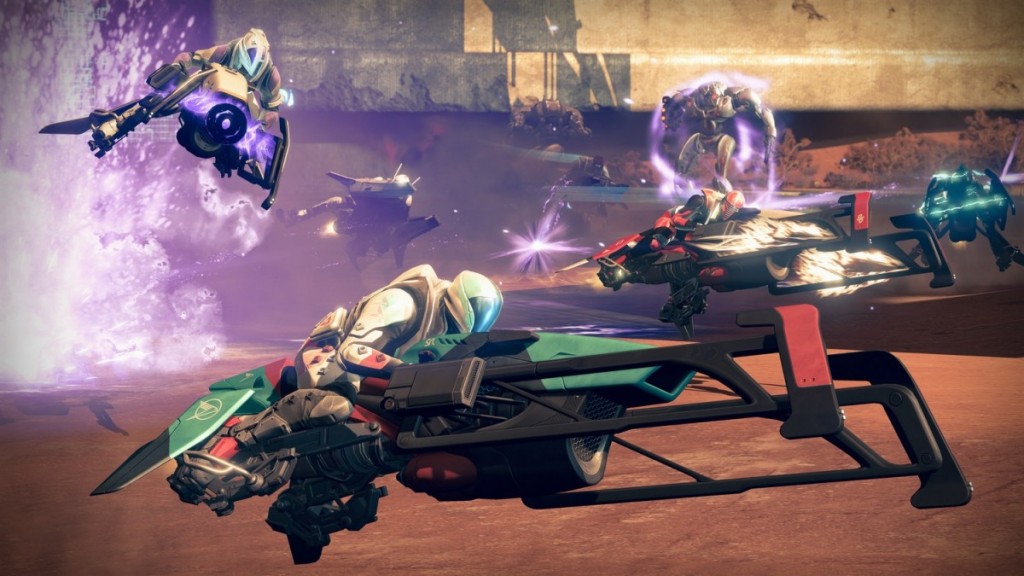 These arbitrary calamities don't always need an outside source like gunfire to affect them, either. Sometimes, the track is just here to mess with you. Coming off of a huge jump and landing can be a crapshoot, because you can't level your Sparrow out in mid air. If you left the ground at a weird angle, and land at that same angle, it could mean flaming death. If someone nudges you in the right place at the right time, it could mean flaming death. So, on and so forth. The physics of driving a Sparrow with unlimited boost and gates that increase the speed exponentially are flawed beyond belief, and when it comes to looking for that one killer addition that is supposed to explain why this game is so good now, this makes a frustrating preamble.

Then I realized the real reason that doing SRL first was a great idea. Outside of the fact that it is a temporary event that commands immediate attention, lest miss out on this new event that everyone is talking about, you can get a pretty good amount of experience doing it. In one day's time, with a game session of around 4-5 hours, I was able to get my Warlock from level 31 to level 40, get very close to Rank 2 of SRL reputation, and got my Class S license, which is the quest associated with the mode. Item rewards include some shaders, some legendary gear that helps you during races, and chances for new Sparrows. At higher reputation levels, pretty high level gear can drop . If you didn't want to grind through the lower level stuff, this is a good way to skip right by all of that, and still remain in the conversation.

Also, criticism aside, racing Sparrows is a bunch of fun and a welcome distraction from shooting aliens in the face. Some ridiculous physics happenings tend to be more devastating because it ruins what was previously a great bit of wish fulfillment in high velocity speeder racing. It flies in the face of Destiny's real core competencies, but Destiny really needs more ways to interact with it that doesn't involve guns. By the time you read this, SRL will be gone, returned to the vault with other temporary events like The Iron Banner. But in its absence is a newly regained sense of hope for this game and it's reach into 2016. Controller crunching aside, SRL might have been the perfect place to start my journey back into the fold.

Tell us your SRL stories on our Facebook page or on Twitter @CurseGamepedia. And don't forget to swing by our Destiny Wiki for up to date info for your fight against the darkness.

How to Improve Destiny's SRL For It's Next Lap

Destiny: Who is Lord Saladin?