Bungie's sci fi smash hit, Destiny, has had quite the year. Not only has it gained tons of goodwill with the fans with the release of The Taken King, but there has been a greater willingness to take some chances with established tropes and concepts. Enter the Sparrow Racing League, a recently passed event that allowed players to jump on their Sparrows - speeder-style mounts identifiable by speed and agility - and race them against each other.

SRL was how I got back into Destiny after a year off, and it was a bit of a double-edged sword. I liked that I got a chance to play a mode strictly focused on blazing a trail through the wild frontiers of Mars and Venus, and I was excited about the potential it presented for future installments. That being said, there's a good list of things that should be addressed before the next go around.

Maybe the least contentious criticism of SRL is its lack of track variety. With only two tracks available to the player, your journey into the upper echelons of faction reputation would feature the cooling effect of environment Groundhog Day. It was good to only have two tracks for which to learn the ropes, but it was very easy to get tired of seeing the same sections of Mars and Venus ad nauseum.

Adding more tracks would be a great way to show off something Destiny is very good at: pretty landscapes. It adds opportunities to see maps that we have seen a lot of in different ways, just like the Crucible's PVP arenas do. Part and parcel to making maps on the Moon or Earth is making sure these maps have enough diversity to stand out among each other mechanically as well as visually.

Another way to build some variety is to change up the elements on the track. Like Strikes and Stories that have multiple, difficulty-altering modes, so could race courses. Tweak the boost gate locations, add new walls and other obstacles that appear in randomly generated sets, etc. There are many relatively labor light ways to spruce up what is already available. 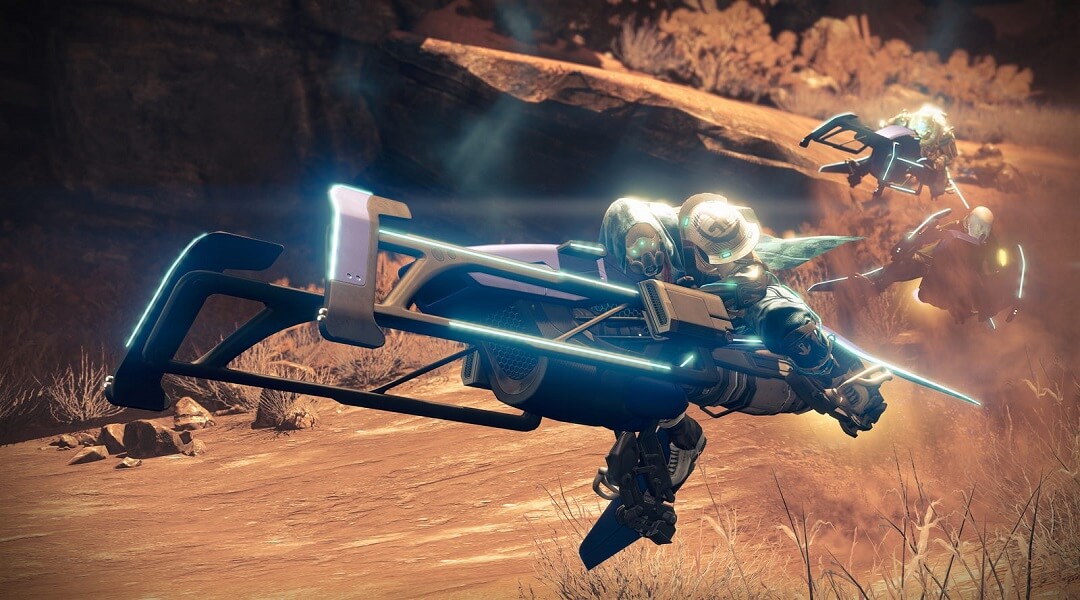 Rewards are the pot of gold at the end of all of these task-based rainbows, and as SRL had plenty to earn, it seemed to be skewed pretty heavily towards specific slots. When it comes to equipment with no Light value, you can earn gear that covers the whole body pretty reliably. The racing stuff you can earn as rewards and quest loot actually adds bonuses to your racing abilities (like dodging) as well. As far as usable gear outside of SRL goes, however... you'll be left wanting.

I did receive a bunch of purple gear during my grind in SRL, but it was just all different-leveled versions of the same helmet. I know offering gear a piece at a time is a thing Destiny does, but it is still discouraging. If I'm going to be grinding in this place as if it were a raid or dailies, I should feel confident that I would be rewarded with items I would like in other repeatable modes. In a game that is a Carrot Dangling Simulator in the most reductive sense, it would be less belittling if the carrot at least tasted different from time to time.

SRL did bring about a great number of new shaders and Sparrows to the fray, and when it makes its return, this shouldn't change. The great abundance of visual diversity has always been a great personal boon for most players, and continuing the commitment to looking different should still be a priority. It would be great if the Sparrows become more diverse in other ways next time as well. For example, maybe some Sparrows dodge farther than others, but are slower on average. I'm sure that sounds like a nightmare to the QA department. 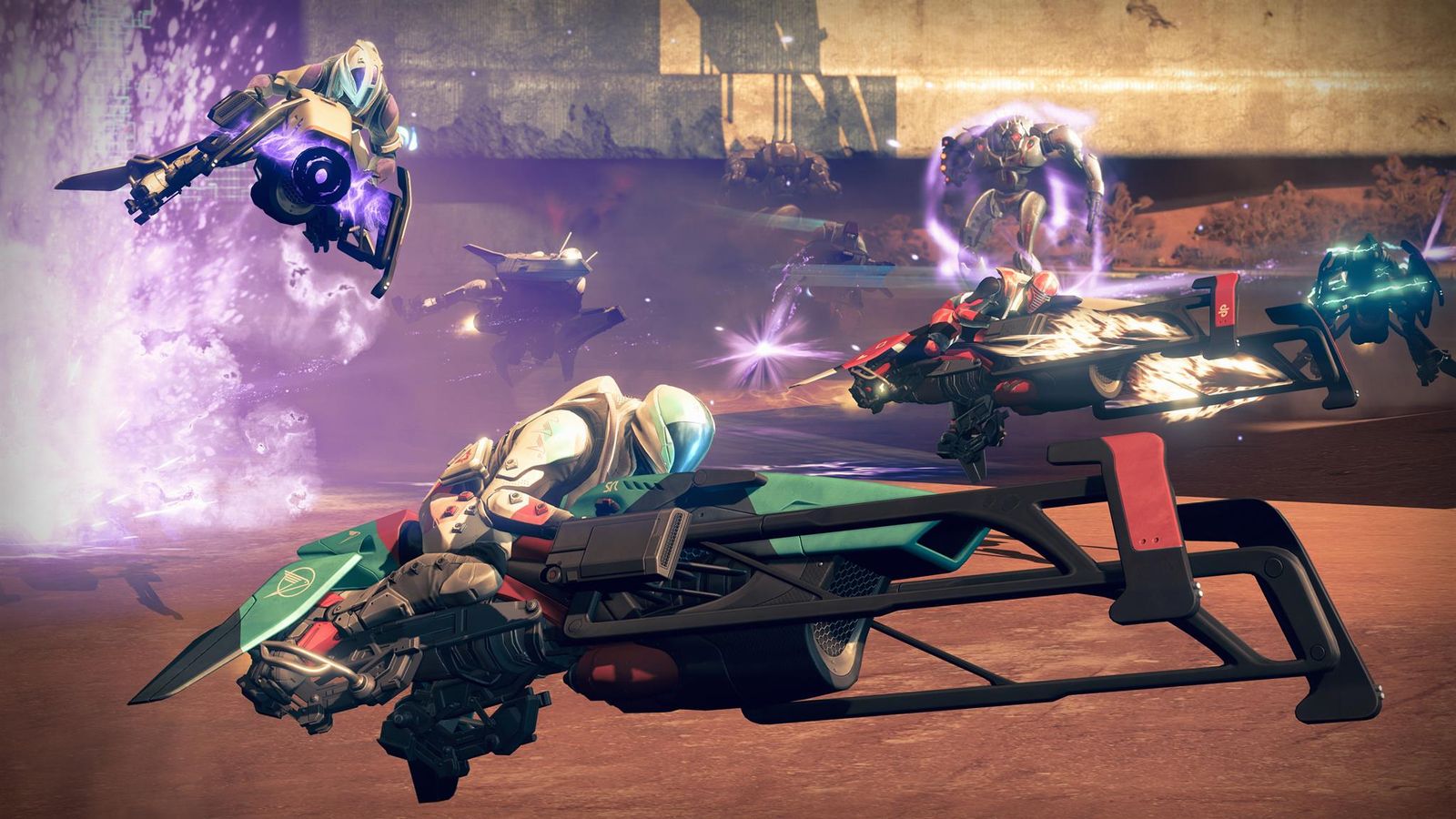 Getting to the finish line after three laps of carnage is fun, admittedly, but there's plenty of room to iterate on the types of games that can be played while on a vehicle. The simplest would be change lap amounts - raising it with shorter tracks or lowering it with longer ones. Having a more marathon-esque map with no laps might be the best option in that case, but it could run the risk of being boring.

There's also a big opportunity to take the best of other games and translate them here. A Horse or Trick Attack mode a la Tony Hawk could test players gaudiness, rewarding them for doing the best tricks or getting the most air (or both). Mario Kart weapon pick ups could spice up any race, now that you know gunfire isn't only coming from aliens on the field. With weapons in mind, you can change your race into an interplanetary Twisted Metal, removing the lure of the finish line and replacing it with the promise of bloody glory. 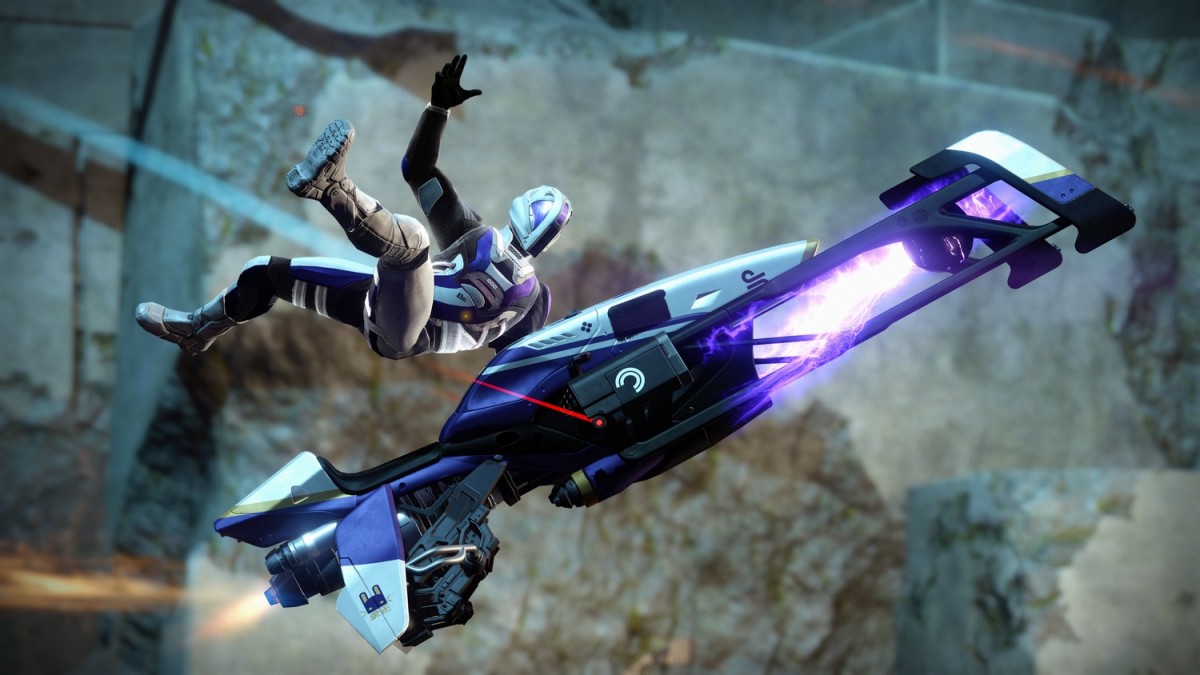 The racing experience, though tense and fast and exciting, is some of the most temperamental stuff in the game. You never know when some physics-inducing thing - a bump from a rival Sparrow, an explosion from a Centurion missile - will bounce off of you harmlessly or send you into a spinning maelstrom of crushed dreams and curse words. This can't continue to happen.

There needs to be a reasonable and reliable reaction when these things happen. Even if it means every time I hit another racer, I get spun into a tempest, at least I would find a small comfort in knowing that it will happen every time. Reliable outcomes only makes games better and players more intelligent. The chaos can be funny, but not when it adds time to what is already a bit of an arduous grind.

Landing/leveling out in the air has to be adjusted as well. Riders take to the air at their own risk. Sometimes they take off from the ramp and land cleanly, while other times they bounce off of the landing site like they're made of rubber. That isn't so common, though. What is common (and incredibly annoying) is sticking a landing only to slow down dramatically for no apparent reason. Many times have I hit big jumps and little bumps alike, only to come to a complete stop afterwards without ever taking my finger off of the boost trigger.

How was your SRL experience? What changes would you make before it returns? Hit us up on Facebook or @CurseGamepedia on Twitter with your input. And don't forget to check out our Destiny Wiki for tips and insight on how to keep the dark at bay.

5 Games You Should Only Play Once