It's that time again! Until January 5th, Lord Saladin has returned to The City to bring his more deadly version of the Crucible for Guardians to war in. You know what he looks like, standing there stoically in his gold gilded armor, his voice thick with that "Disappointed Dad" tone. He's probably rolling his eyes at you under his helmet every time you step up to spend your marks. Don't take his dismissive demeanor personally, though, Saladin Forge has seen a lot. 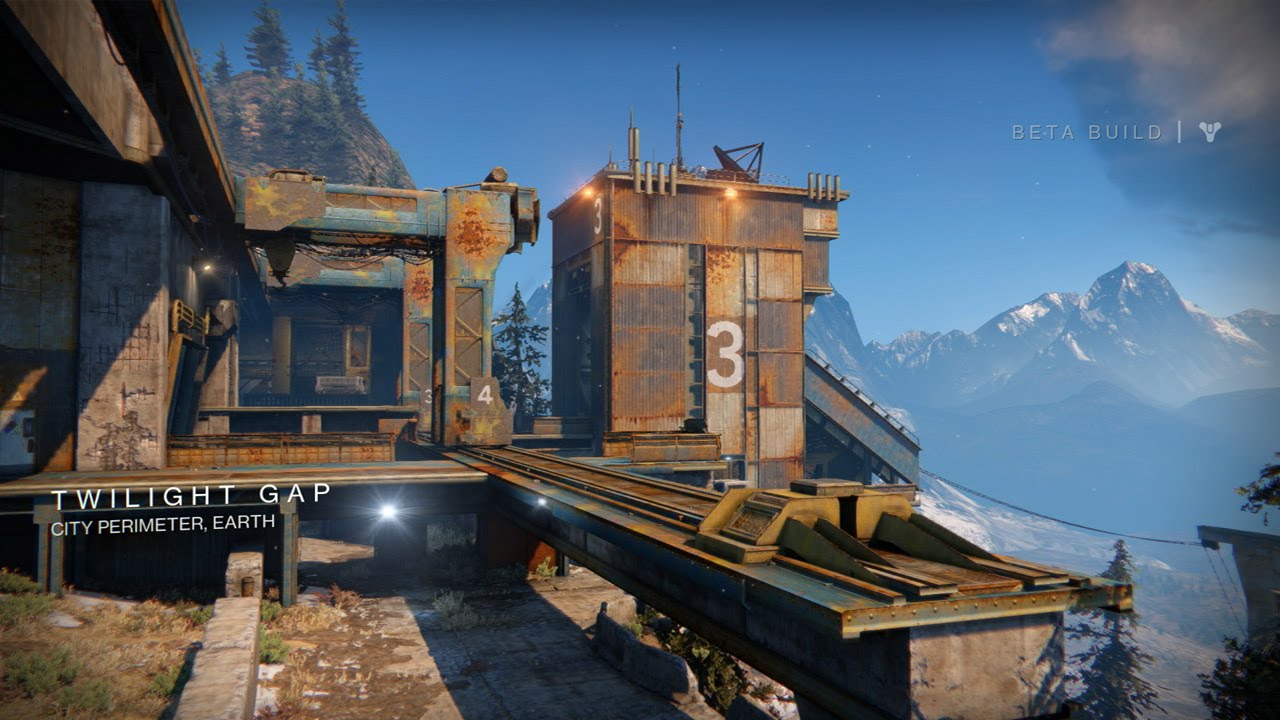 The Battle of Twilight Gap

Just outside of The City sits the remnants of an abandoned military based known to the Vanguard as Twilight Gap. It's a large compound with multiple buildings and overlooks a beautiful mountain range. It would have that winter cabin getaway feel if it wasn't the site of one of the Vanguard's most costly battles against the Fallen, one of The City's chief antagonists.

The Kells, or clans, of the Fallen often act autonomously from one another, often times coming into conflict with each other. Under the manipulative influence of The House of Kings, a giant army made up of representatives from the Houses of Devils and Winter was amassed to lay siege to The City and capture its silent watcher, The Traveler. The relationship between the Fallen and The Traveler has always been a strong one, if not a bit vague. What is it about that big globe that gets these four armed fighters so hot and bothered, anyway?

Saladin would have none of that. At the time, he was Vanguard Commander, meaning he was responsible for organizing the resistance. With his then students Zavala and Shaxx, they would push back the assault. But not without incredible loss. To honor the dead, weapon manufacturer Feizel Crux made the legendary rocket launcher Gjallarhorn out of their armor. If only he knew Guardians would spend countless hours shooting aimlessly in dark caves in order to get their hands on it.

Aftermath, The Crucible, and The Iron Banner

After the battle, the Vanguard would become much more vigilant and proactive against the enemies of The City. Besides spreading their beacons to farther reaching planets in the solar system like Mars, Strikes began to be organized against specific targets. At home, Shaxx took the hard fought victory as a sign that the Guardians need to be tested more than ever before in order to responded to threats like the one they'd faced. He devised what would become the Crucible, the arena/training center with the hopes of making the next wave of Guardians better than the last. Zavala would frequent the Crucible until he would take over the command of the Vanguard after Saladin stepped down.

Why did he step down? It isn't clear, but chances are it was related to the devastation of the Battle of Twilight Gap. Maybe he felt responsible for the losses or felt he could have done more. His relationship with Shaxx was strained after the battle, which could be an element. It could also be part of the inspiration for the Iron Banner Crucible, a more intense version of Shaxx's idea.

Named in reference to The Iron Lords, an old faction of Titans who defended the City in the Six Fronts war, the Iron Banner wants the best of the best to prove themselves worthy. Even more worthy Shaxx's group, because the gloves are off in the Iron Banner. You take any and all advantages in order to be the best. It's quite the learning environment.

So, next time you run up to Saladin and get incredulous at the sound of his semi-judging voice, remember this story. Remember where he's been and what he's seen.

How to Improve Destiny's SRL For It's Next Lap