A common occurrence in Riot's widely-played multiplayer online battle arena game, League of Legends, is the staunch and dedicated backlash against every new champion that is debuted for the weeks after it is launched. It's as predictable as the tide, and often times just as reckless. It seems like this particular backlash is a bit more fervent than others. Since late November, there seems to be a pretty wide consensus about one thing: Illaoi is over powered.

A random YouTube search might produce results that reinforce this misconception in a big way. She has enough sustain to make fighting her an annoying task; that is to say, her main damaging ability, Tentacle Smash, has a passive mechanic that allows her to steal life at a pretty rapid rate. Every time a tentacle hits a person, she's gaining life and doing damage. The more people to hit with a tentacle, the more life she's gaining/damage shes doing. I can see how people can get their feathers ruffled over something like that. 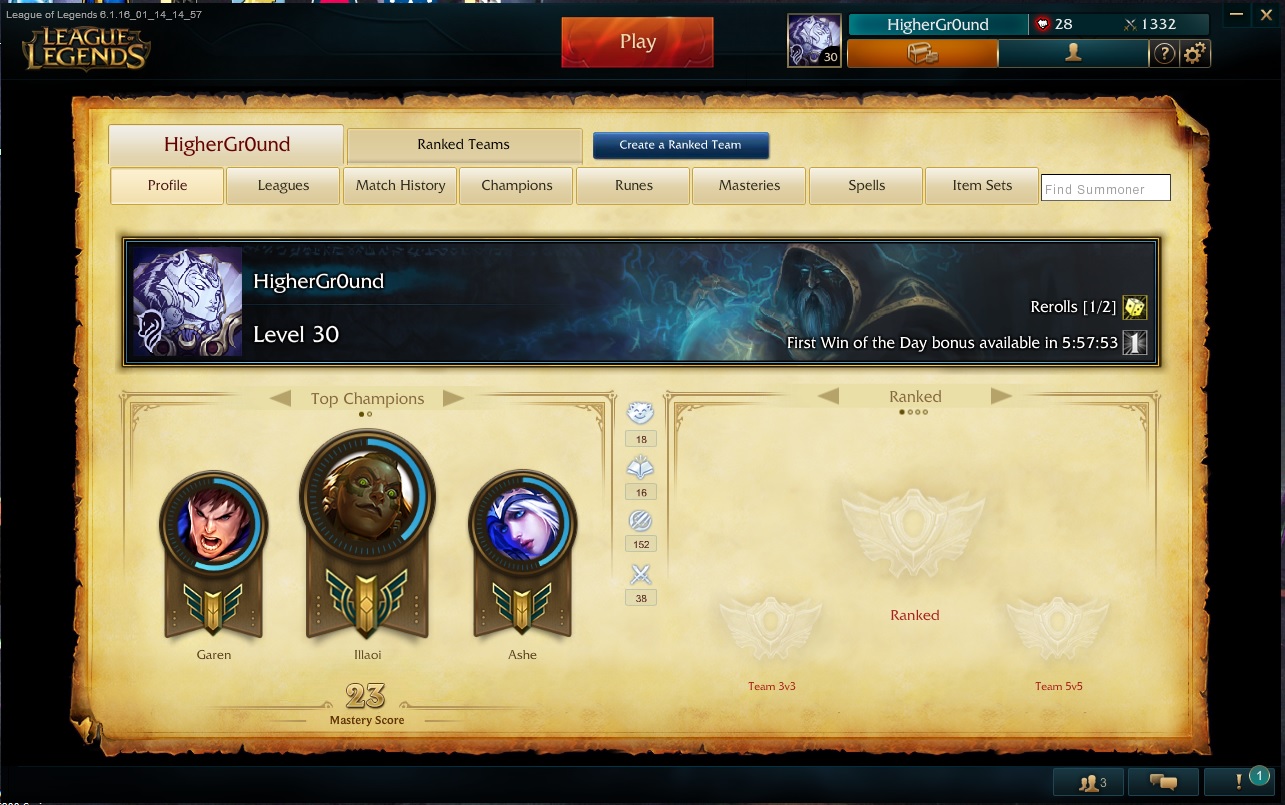 I've been playing Illaoi almost exclusively in my PVP games when she isn't immediately banned. I think our relationship is getting pretty serious, so I have to tell you that the "Illaoi is overpowered" camp is wrong. The frustration is relatable, but it comes from the wrong place. You should never develop a strategy to beat someone based solely on what they can do to you. You also have to take a good look at what they can't do. Illaoi can't do a lot.

Back to the previous example, if you are entrenched in combat with Illaoi and she doesn't seem to be dying, it's because of her tentacles. Without them, she is not the unstoppable top lane Juggernaut she appears to be. In the same vein as Darius, they are only dangerous when in prolonged melee with you. Illaoi is hampered further by the fact that her real potential lies in rooted tentacles along the walls of a lane. If she can't fight you within proximity of them, using Hard Lesson to dunk them on you, she can't get the crazy damage/lifesteals she wants. Kill those squirmy phalanges as they pop up, and Illaoi's lifesteal engine is severely limited.

Limited, but not entirely removed. She can still do decent damage with Tentacle Smash, and it lifesteals like everything else. But it's a skill shot that is very slow and very easy to dodge. Your early focus against Illaoi in lane is to not get hit by this. The little bit of damage/little bit of lifesteal she's doing will add up very quickly in the early levels, especially after she gets all three of her abilities. Once she can start pulling souls and using her wall tentacles, being at a life deficit is not going to do you any favors.

Mobility is your friend here. All of Illaoi's abilities are very avoidable. Even if you're not a champion with on board dodges and teleports, you can very much predict where Illaoi wants to be. Even her long range hook, Test of Spirit, has a pretty slow start up, and any good Illaoi player is only using it when there are tentacles nearby. Stay away from the tentacles (or destroy them) and you've dramatically shaved away the options for Illaoi's attack patterns.

This is admittedly easier said than done, especially if you don't have any good long ranged options to keep her at bay. Getting caught by Test of Spirit becomes an inevitability the closer you have to get to Illaoi to do damage. It seems to lack serious counter play, but the options you have look worse than they are. Illaoi is piling on the damage to your spirit clone, which is reflecting some of that damage back at you. The longer that clone stands, the more damage you will take, so conventional wisdom says "get away from the clone as fast as possible." If you get caught at the full length of the skill shot, then I'd be inclined to agree. It won't take that long to get out of Test of Spirit's range, so you wont take too much damage. You will become a Vessel - slowed initially, and will spawn auto attacking tentacles on your position - but will Illaoi a great distance away from you, she wont be able to capitalize on your vulnerability. As mentioned before, the tentacles are easy to dodge, and create more of a nuisance than a credible threat. They can also be disposed of with only two hits. Kill three this way while being a Vessel, and you will be cured.

If you get caught close, though, your best option is to fight her. As Illaoi takes damage, the time your spirit remains removed from your body gets shorter and shorter. Clobber her quickly, and not only have you saved yourself from vesselhood, but you've put a hurting on her, and showed her that you aren't going to be zoned by her nonsense. You tell that big, mean Kraken Priestess.

Her ultimate, Leap of Faith, is admittedly scary, but it's only as scary as the amount of tentacles that are allowed to hit people. She cannot just jump into and teamfight and wreck the whole lane without proper execution. She is not an initiator, unfortunately. She very susceptible to crowd control, and the time between the initial damage of Leap of Faith, and the tentacles making their attack is long enough to have died before ever making a serious dent in a fight. If you see a charging Illaoi, you either get away, or commit to killing her first. Under all the pomp and circumstance, Leap of Faith doesn't slow or stun, just does raw damage. You are free to continue doing whatever it is you were going to do while being hit by it. The onus is always on Illaoi to follow up the ult with a Harsh Lesson or a Test of Spirit in order to do real damage. This is challenging and time consuming when there are many swirling targets running around.

Illaoi, unlike many other more threatening champions, has a cold absence of some very basic utilities. As mentioned, she has no real CC to speak of. Test of Spirit can slow, but that normally happens when people leave the range of the ability, making them too far away for Illaoi to chase. She has no gap closing capability. Harsh Lesson gives her next auto attack a pseudo dash, but it's such short range that it can't be counted on to really catch fleeing enemies. She is very slow, both in move speed and attack speed, and she is incredibly vulnerable to being focused down. She only does physical damage, as well. Building armor takes away most of her bite. Take away her life steal, her AD ratios, her scaling, and you have a very stationary target that is pretty easy to impede who's offense is easy to avoid by just taking some extra precaution.

Agree? Let us know on Facebook or Twitter. And come by the Leaguepedia for more info on Illaoi, and all the other League of Legends Champions.