With the Ranked Season chugging along, patch 6.2 of Riot's mega MOBA, League of Legends, seems somewhat run of the mill compared to the last few. That doesn't mean it's not important. This patch reveals the new Shen to all of us, and it lays the ground work for Jhin's induction into League proper in a week or so. Lunar Revel starts this week, and some small knob tweaks here and there. Let's get into it.

The savagely flamboyant assassin, Jhin, will make his debut to the Rift sometime shortly after patch 6.2 launches. He has been terrorizing the Public Beta Environment for weeks now, with his incredible range and powerful auto attacks. He's also a re-evaluation what it means to be a Marksman in modern day League of Legends. He doesn't rely on the rapid fire, attack speed junkie mentality that his peers do. His closest analog, Caitlyn, might as well be Jinx when it comes down to recklessly building Zeal-based items for auto attack supremacy. Jhin is patient and calculated, whether you want him to be or not.

This is mostly because of the somewhat convoluted mechanics of Jhin's passive, Whisper. Named after his gun, Whisper provides passive abilities is two acts. Firstly, Jhin's auto attacks come in bunches of four, denoted by a segmented overlay on his mana bar. Every shot removes a bar, and his last shot crits, as well as doing extra damage based on a target's missing health. After that shot is expended, Jhin's attacks are on a short cool down while he reloads his weapon. Secondly, Jhin's crits do less damage than normal crits, and he can't increase his crit rate with items or runes. That same is true with his attack speed. Instead, Jhin gains attack damage based on attack speed and crit chance he's gained through gameplay means. Every time he crits, he gains a movement speed buff based on his attack speed. Um...ok?

His Q, Dancing Grenade, bounces from enemy to enemy up to four times. If it kills something on the way, it does bonus damage. This has pretty cool lane implications, providing a neat wave clearing tool with a side of Sivir-style harass ability. This will probably be the go-to damage skill, and if the ratios stay intact when he makes his debut, I can see why.

His W, Deadly Flourish, is another two part ability. Passively, it makes every one of Jhin's basic attacks - as well ally attacks - mark the target for a short amount of time. When activated, a very looooong skillshot hits everything in a straight line, doing full damage to the first enemy champion it contacts and a reduced amount of damage to every one on the way. If these targets were marked previously, then they are rooted when hit with this ability, and Jhin will gain a movement speed buff. Great for slowing down enemies who refuse to be poked by your long range shenanigans. Also, a pretty great ability for people looking the take Jhin to the middle lane. Mages can't burst you when they can't move.

If you were looking for a surprise, hang on to your seat. Jhin's E, Captive Audience, is a two part skill! It's passive component sprouts lotus blooms on the corpses of champions he's scored takedowns on. That's nice of him, right?  Lotus Blooms are traps that are stealthed and active when contacted by the enemy, and slow trapped enemies, exploding shortly after. Not so nice. The active part of this ability places these traps, up to two at a time which last two minutes. More zoning, something your long ranged ADC's love so much.

Jhin's Ultimate, Curtain Call, is pretty awesome. After a pretty length channel, Jhin fully assembles his weapon, opening a great big target cone that marks every enemy in it. You can take four shots that gain the range of the cone, and do physical damage as well as slowing the target. Each shot does extra damage based on the missing health of the target.The last shot does a great deal of damage, thanks to the double crit damage. Perfect for keeping lane enemies at bay, and great for sniping into team fights from the safety of far away. Man, Jhin is gonna be something when he hits the wild.

"Don't save Shen. He don't wanna be saved." You say in your J-Cole voice. Too late, he's been revived and made relevant by today's meta. Time will tell if this actually proves to be a good move for the shadow dweller, but it looks good on paper, at least.

Firstly, two of his abilities look like they're sticking around. Stand United, Shen's ultimate ability, has been left in tact mechanically. He still channels for a short time, then teleports to an ally and shields them for a bit. His E, Shadow Dash, still lunges him in a straight line, doing physical damage to champions along the way, and taunting the poor suckers. It's also gained a passive element, which is where the energy recovery portion has gone. Whenever he deals damage with this ability and his new Q, Twilight Assault, he gains a flat amount of energy back.

Before we get into his other skills, we will stop at his new passive first. His Ki Strike is gone (but not forgotten) and in its place is Ki Barrier. If you look at the new Shen, you'll see that a curious little blade floats at his side. Whenever he uses an ability, that blade snaps to him, and he enjoys the protection of a temporary shield. This shield lasts longer and has a shorter cooldown if the ability used to trigger it affects someone that isn't him. This is basically what his old W was, with some added swordplay.

Twilight Assault replaces Vorpal Blade and is no longer a ranged attack. Instead, your next three auto attacks deal damage based on the opponent's maximum health, taking some of the mechanics of his old passive and sprinkling in that new mini-game meta that I'm sure Reddit is excited to tell you all about their love for. When he uses this ability, the blade travels to him. If it hits a champion on the way, Shen's attack speed and damage are buffed, and the unfortunate filling in this ninja/sword sandwich is slowed. This may make more sense than a straight up ranged attack. Shen is a tank that definitely wants the enemies attention and will dash to them to get it, so his main damaging ability should be geared towards hurting in close range.

Replacing Feint is Spirit's Refuge on the W key. Refuge activates a zone in which Shen and his allies dodge all auto attacks made for a short time. This is a hilariously useful playmaker that seems to be following the "don't die zone" trend started by Bard and Kindred. Using Stand United onto a friendly, then immediately hitting W, followed up by Shadow Dash is some A+ denial.

If anything, Shen has turned into a more active champion to play. It's not as simple as taunting people into hitting you in the face, knowing your health is multiple times their's. Now, Shen (and his enemies) have to remain engaged in the fight, and a winning Shen is no longer the one with the most health - or the one who built AP - but now he's the more skillful player. I haven't played Shen since 2010, but this might be a good reason to reintroduce myself to him. 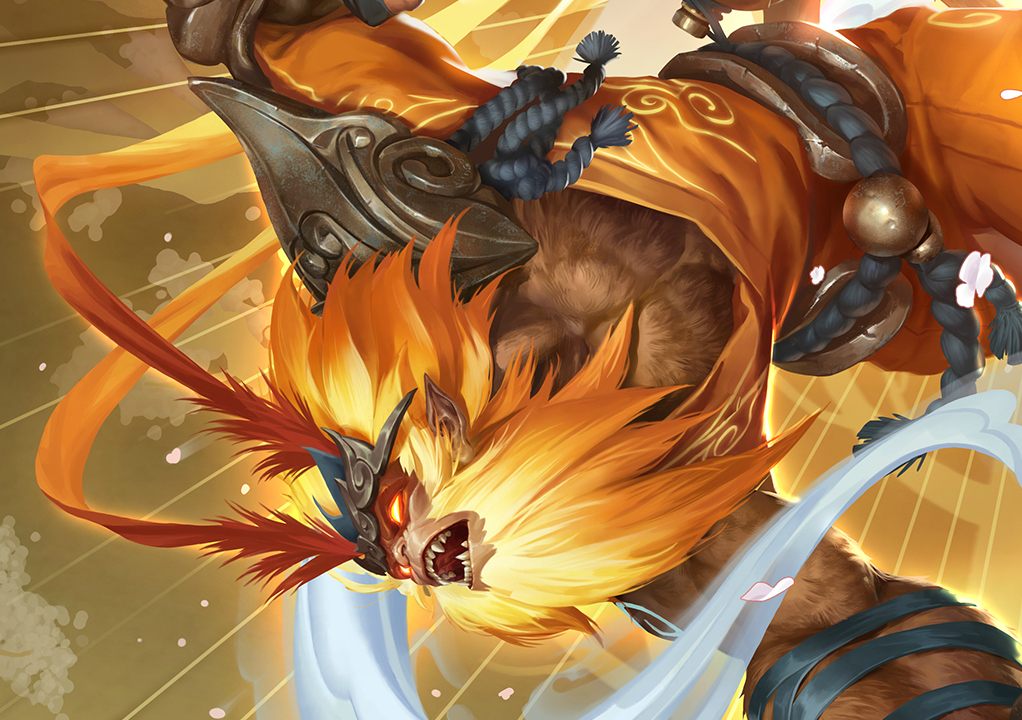 The Lunar Revel is here! What is that, you ask? Well, its the celebration of the time when the light vanquished the darkness and looked fabulous doing so. What does that mean for you? New skins, of course.

Radiant Wukong is a legacy skin that makes the monkey man look like a shinier, more deity-like monkey man. Lunar Wrath Caitlyn and Morgana are all gussied up in dastardly duds complete with all the ostentatious over design you've come to expect from some of these legacy skins. Also being sold are specialty bundles of champions and skins, as well as unique summoner icons and ward skins. The Lunar Revel ends February 9th, so get your pretty new things before you're too late. Or, at the very least, check out this sweet website they made for it.

For more notes about the relatively straight forward 6.2 patch, including how Mundo was caught in a drive-by shooting with the Nerfcannon, check out Riot's 6.2 Patch blog. Also, keep up with the pro scene and the latest in-game changes at Leaguepedia.