In recent years, the roguelike genre has seen its cult following transformed into mainstream success — but even given the huge amount of titles developed in this style, few compare to the unique experience found in Streets of Rogue. Gamepedia and the game's developer Matt Dabrowski are pleased to announce the Official Streets of Rogue Wiki.

If you're at all familiar with roguelikes, you'll know that the genre is founded upon the principles of decision-making and the consequences that follow. Streets of Rogue takes the core of that experience and transplants it to an open-world setting, and in doing so gives players a sense of freedom that's been compared to the expansive RPGs like Deus Ex. 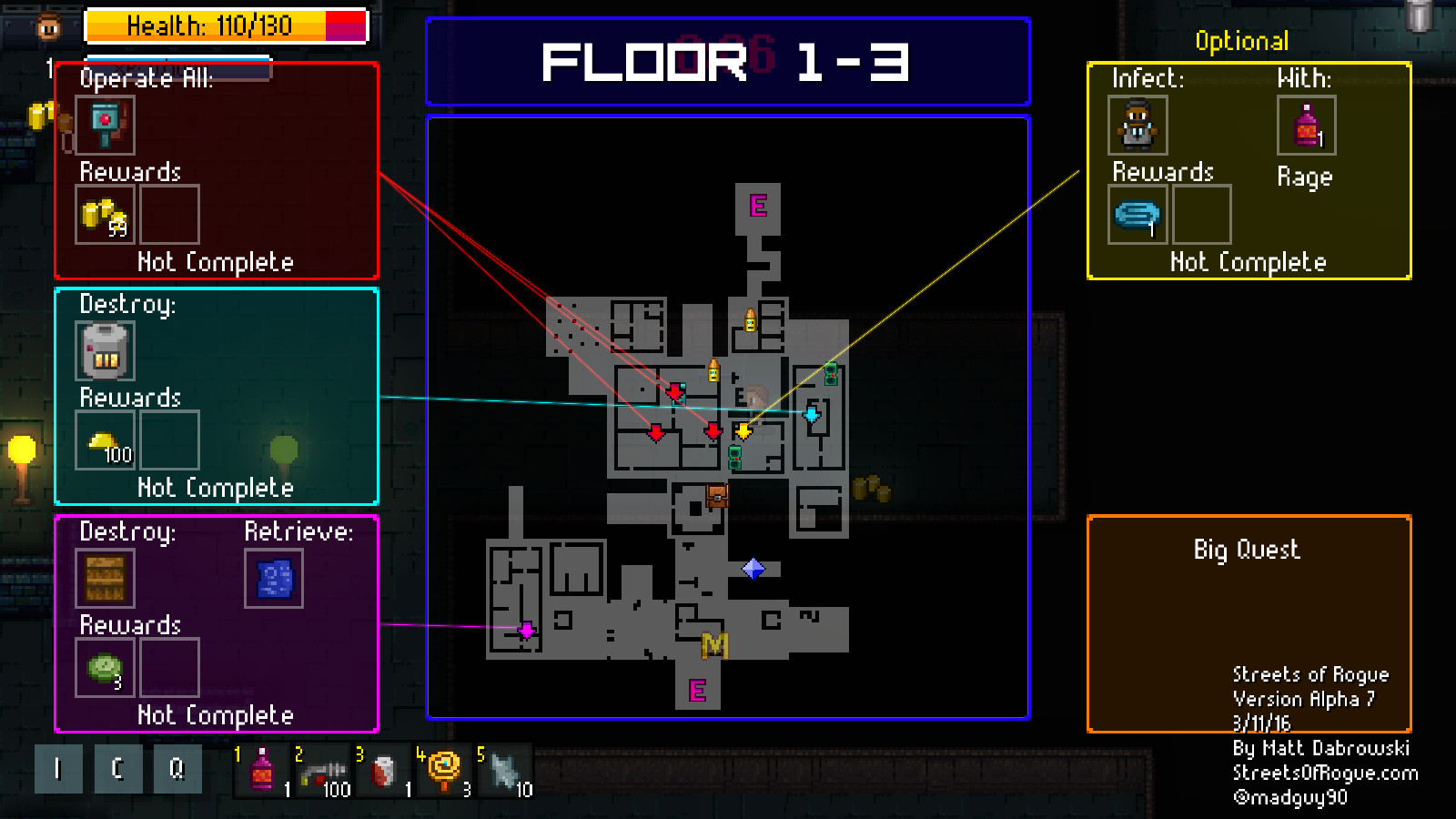 Placed in a living, breathing, procedurally generated city, your character is living among sophisticated NPCs that each have their own lives to lead. Things get very interesting as you cross paths with these other inhabitants, as you'll soon find that most people — and gorillas — treading the Streets of Rogue have ties to the weird and wonderful missions you're tasked with carrying out.

These missions span daring rescue attempts, improbable heists and all-out armed combat. There's no shortage of different options for carrying out the work to be done; whether you're playing as a bartender with a shrink-ray, a drug dealer with an affinity for bananas, or the infamous slavemaster, each playthrough is sure to be completely unique.

The alpha version of Streets of Rogue is currently available for free, directly from its official website. For all the information you'll need in order to survive the Streets, head on over to the Official Streets of Rogue Wiki.

Enter the Gungeon is Now Available on PC, PS4

Black Desert Online Might Be the Next Big Thing in MMORPGs