An unknown planet sits idly in the distance as you engage in a vicious dogfight with two enemy ships. Your lasers breach the first and then the second, leaving you to continue your quest to reach your destination, or to explore the surrounding area for potentially pivotal resources and hidden secrets. This is Everspace, a new spacefaring roguelike — and Gamepedia and the game's developer Rockfish are pleased to announce the Official Everspace Wiki.

In recent years, we've seen the space sim undergo something of a resurgence, after years of near-silence since the genre's peak in the 1990s. Now, Rockfish is preparing to change the game, delivering an experience that anyone can dip into and enjoy.

Both the space sim and roguelike genres have a reputation for catering to the most hardcore of hardcore gamers, but that's not the case with Everspace. While you wouldn't call this title casual by any means, it's certainly been developed with a view to being accessible to a broad range of players. 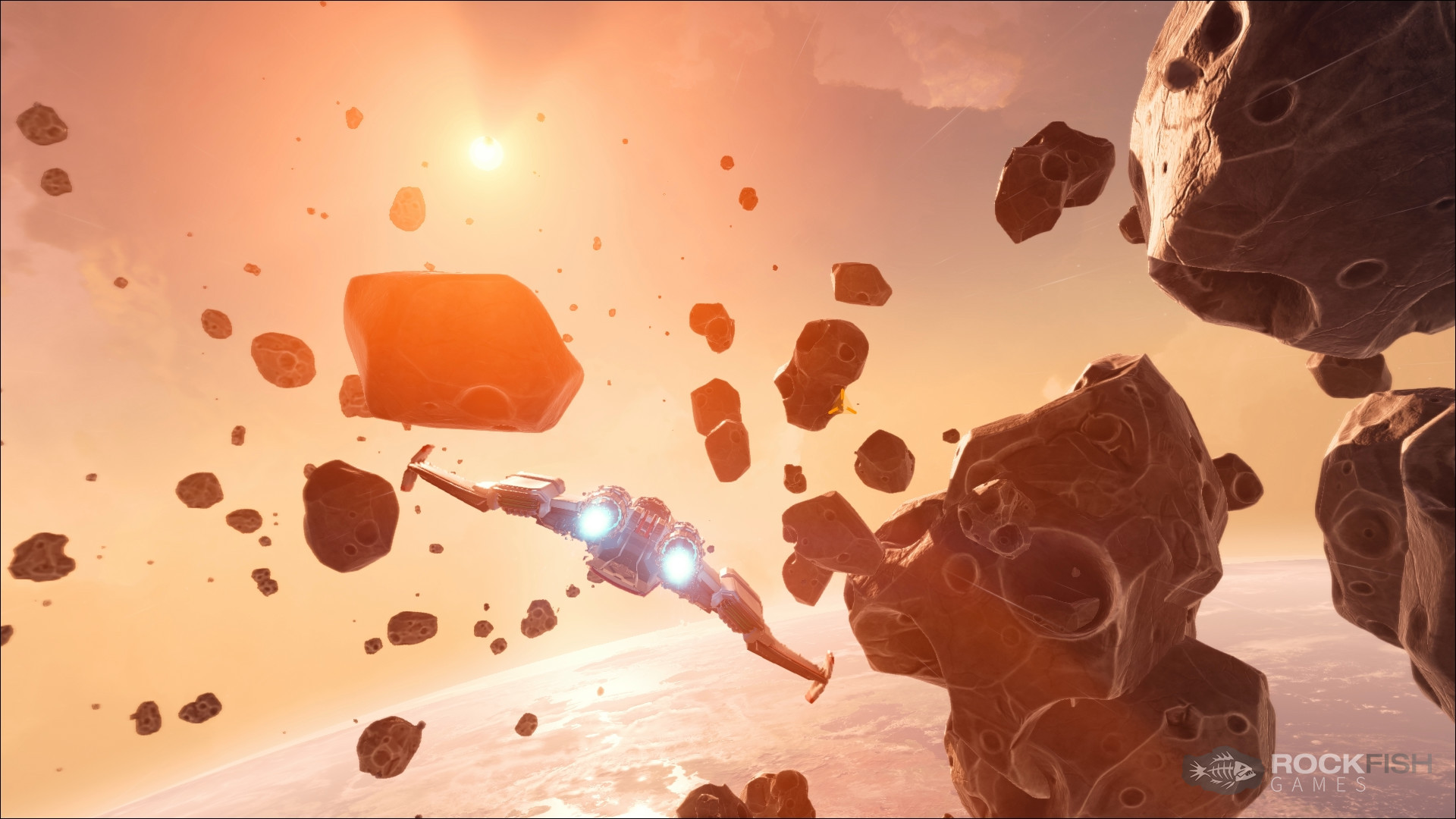 The set-up for gameplay is relatively simple; you're given destination co-ordinates, and your overarching aim is to reach that location. This task is complicated by the fact that your journey is randomized, and different routes are going to offer up very different challenges — the trick is making sure that you're able to respond to whatever comes your way. Fortunately, even if you suffer a gross fate in the vacuum of space, there's still hope for you yet.

While Everspace does adopt a permadeath system common to games in the roguelike genre, a single run will offer up plenty of opportunities for persistent progression, like collecting blueprints for new tech or amassing a wealth of credits. As such, you'll rarely end a run in abject failure, as you're always making some progress towards the end goal of a successful journey.

View Everspace in action in the below Alpha Gameplay Trailer:

Everspace is set to hit Closed Alpha on April 29, and you can purchase alpha or beta access from the official web store until April 30. Find out more about the game via its official website — or check out the masses of knowledge being assembled on the Official Everspace Wiki.

5 Combat Tips for The Banner Saga 2