Anyone who's familiar with the Conan franchise will know that it's set in a world founded on swords, sorcery and savagery — and now you can experience that setting firsthand in the open-world survival game Conan Exiles. Gamepedia and the game's developer Funcom are pleased to announce the Official Conan Exiles Wiki.

Conan Exiles doesn't put you in the shoes of the legendary hero; instead, you'll be fighting to survive as one of the thousands cast out into the wasteland to fend for themselves. Finding sustenance to keep your character alive and shelter to protect them from the elements are the first steps you'll need to take to ensure your survival. 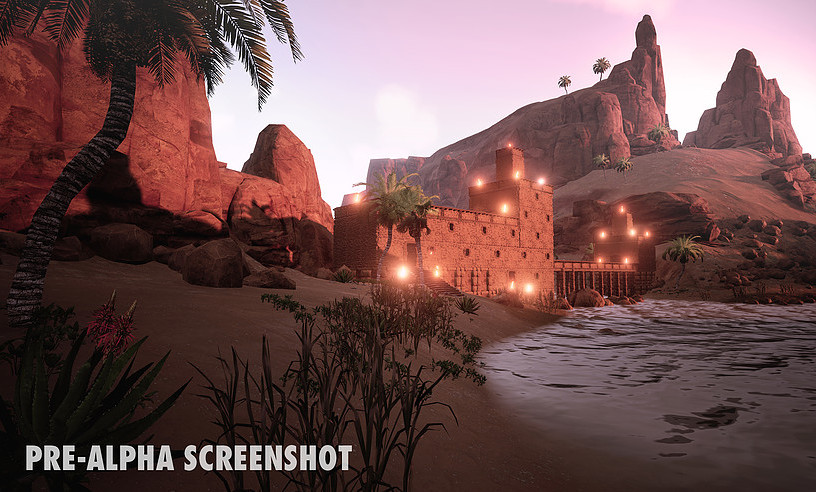 However, the challenges in your path will soon change — starvation and the perils of your environment are tough tests, but it's other exiles that will really challenge your abilities. As well as a full single-player mode, Conan Exiles allows players to face real-world opposition on public and private servers.

Will you be able to rely on your combat skills to take care of your opposition? If not, you had better make sure that you have superior weaponry to gain an advantage. Of course, there's something to be said for the strategy of building a stronghold and concentrating on your defences.

Here's some recent footage of the team at Funcom working hard on Conan Exiles:

Conan Exiles will launch on Steam Early Access this summer, ahead of a full console and PC release at a later time. To keep up with all the latest news as development continues, check out the game's official website or follow its developer Funcom on Twitter — and don't forget to check out the Official Conan Exiles Wiki.

CHKN Wants You to Speed Up Evolution and Create Nightmares

Help Humankind Survive the Apocalypse in Endciv, Now on Steam