Chris Wilson from Grinding Gear Games talked with Gamepedia about the upcoming Path of Exile content update and challenge league. With this league being the largest so far in terms of content, we’re excited to share what players can expect to encounter next month when the update goes live. Check out the trailer above, then look below to discover what we're most excited about. 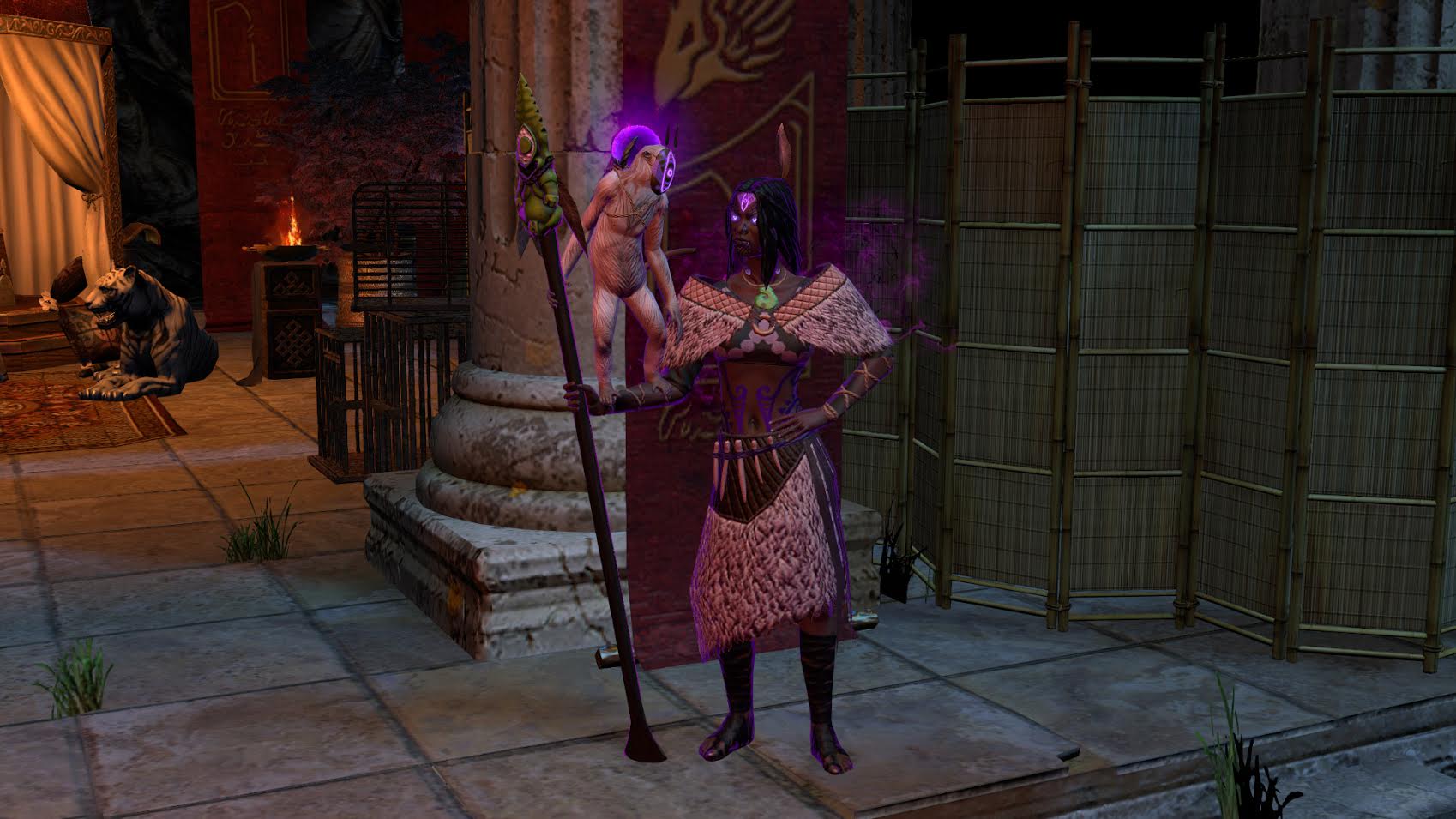 In the Prophecy league, you’ll encounter Navali and her furry companion, Yama the White, in each town that you visit. With a stern expression and glowing eyes, Navali will be the one that provides players with Prophecies – for a minor fee, of course.

So, what are these Prophecies? They’re predictions of the future that will happen to your character, some being significant and others being more playful. Navali may sense a plague of rats in your future that will swarm around you in indoor chambers. She may predict you'll help Elreon with his mission and receive double reputation and favour. From boss encounters with new twists to corrupted animals in the Southern Forest, there’s a wide variety of Prophecies you might receive. These Prophecies provide a great way for players to experience content they’re already familiar with in a new light, and some Prophecies will be in a chain that tells an ongoing story.

So, what exactly do you have to give Navali to receive one?

You will now find silver coins from mobs in Wraeclast, which you'll give to Navali for a Prophecy. It’s worth noting that these coins can be traded between players. Not looking to pick up any new Prophecies? Trade your silver coins for some sweet loot. Silver coins will be valuable to players of all levels and skills, so low level players can benefit from the coins as much as a Path of Exile veteran.

In addition to receiving Prophecies, silver coins can also allow you to seal Prophecies. 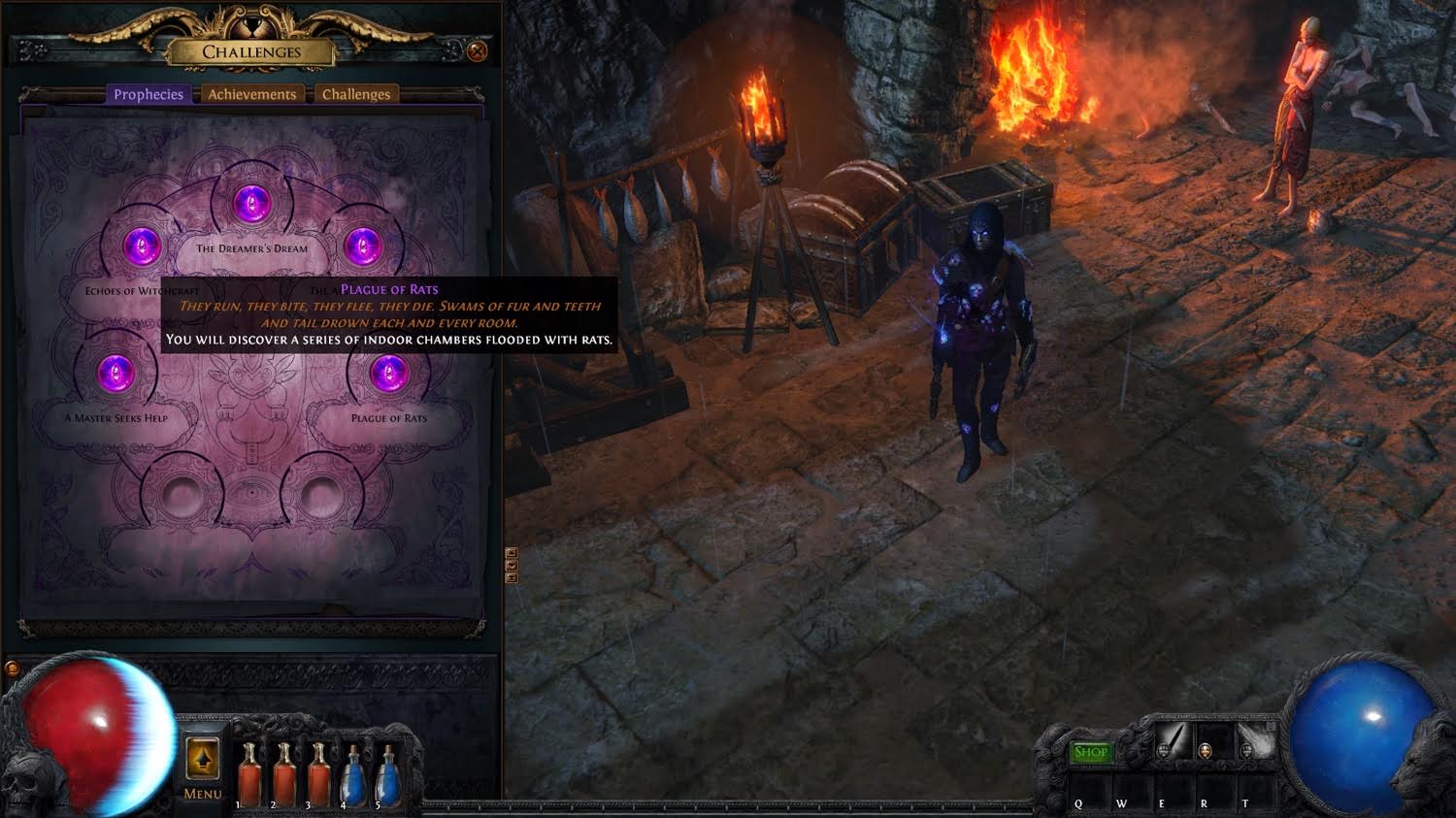 What is sealing? It’s converting your Prophecy into a tradable item, and Navali will do it for extra coins. Since you can only have seven Prophecies active at once, it’s a useful way to save them for later. You can also trade more valuable Prophecies with other players, since some are very rare and have high rewards. If you can’t complete a challenge, you’ll still be able to receive some of the payoff by trading the Prophecy with someone who can.

Additionally, having the ability to trade is great for those players completing chains. Need a certain Prophecy to finish up a chain? Perhaps someone will trade you.

Speaking of Prophecy Chains, the stories of some chains are tied very closely together. Four of the Prophecy Chains relate to the “Pale Council”. Each time you complete one of these four chains, you’ll receive a significant item, Yriel’s Key. When you combine the four items, you’ll be taken to an encounter with the entire council. Best of luck.

Is there a piece of armor in Path of Exile you love to hate more than Bramblejack? I’m not just bringing this up for no reason; let me assure you, Bramblejack will play a part in a challenge league Prophecy. Certain low-level items, dubbed Fated Unique Items, will be transformed into more powerful, higher-level versions of themselves by killing specific bosses while wearing them. That’s right – you’re going into a difficult boss encounter wearing Bramblejack.

In Path of Exile: Ascendancy, the Labyrinth was introduced. Now, a fourth difficulty level has been added: Endgame. Players will be able to access this difficulty level after they’ve completed the six new Trials of Ascendancy that can be occasionally found in endgame maps. These new trials and the Endgame Labyrinth will feature a new type of trap – “Sentinel” (or informally, “Pop-up trap”) – that can be suppressed by dealing damage to it. After a few seconds, the trap will reactive. A Sentinel trap's abilities range from elemental attacks to negatively impacting your abilities.

So, what do you get for completing the Endgame Labyrinth? The first time, you’ll receive an additional two Ascendancy Points, giving you the ability to create more powerful characters than ever before. That’s not all, though – each time you successfully complete the Endgame Labyrinth, you’ll get to enchant your helmet with a top-tier enchantment from the new set introduced in the update. 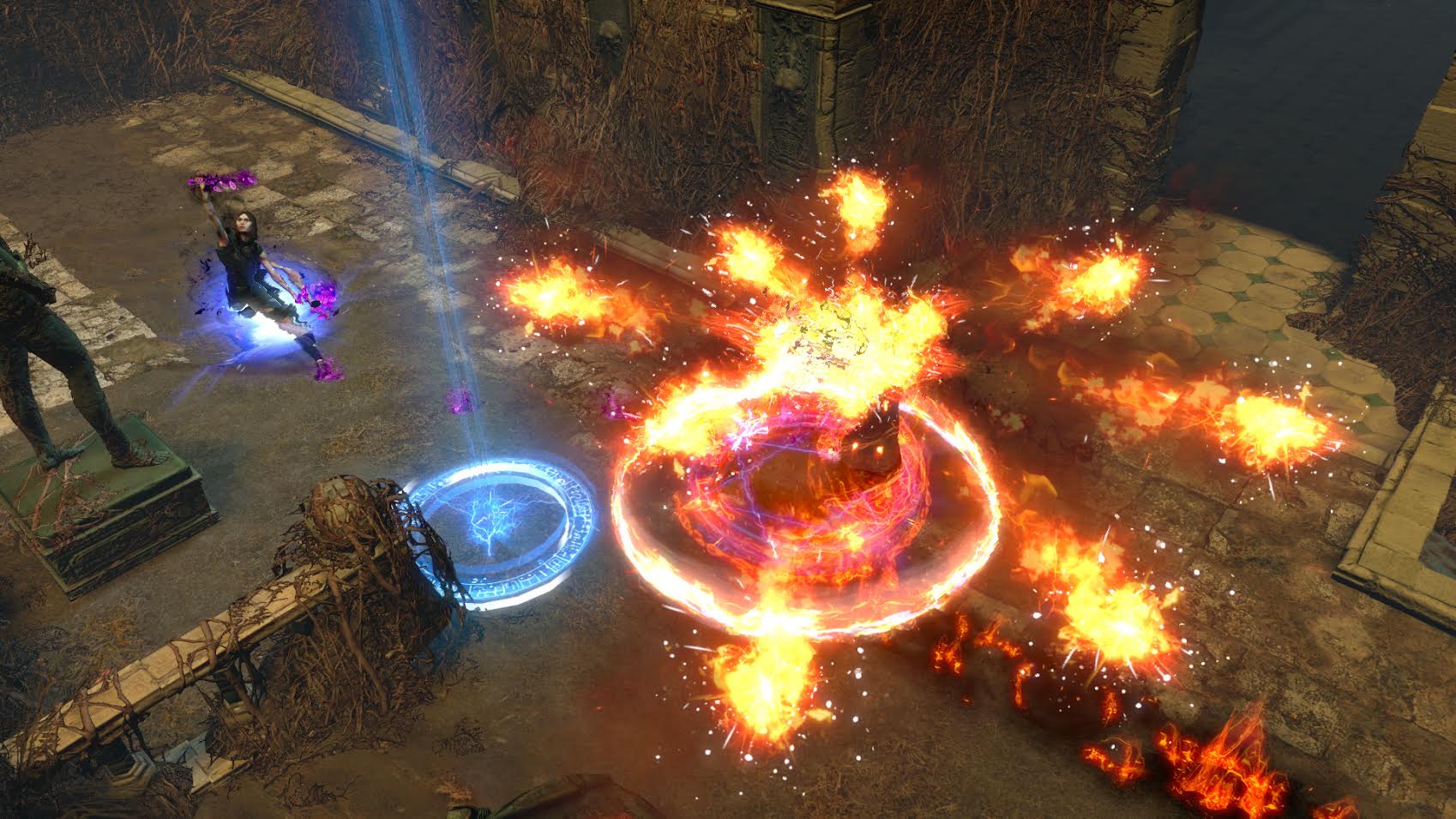 Upon completing twelve Prophecy league challenges, you’ll receive a purple, glowing footstep effect - the Prophecy Footprints Effect- as seen in the above image. When you complete your next twelve, you’ll receive an awesome glowing weapon effect - of course, the Prophecy Weapon Effect - also in the above picture. Finally, after completing another twelve challenges, you’ll receive something very exclusive and new to Path of Exile: a non-combat pet that will not be available for purchase. You can have your very own white monkey – just like Navali.

Though this is a content update, you can expect a handful of technical improvements – one of them being the game’s sound system. The sound system has been overhauled, and you’ll definitely be able to notice. Perhaps the biggest and most notable improvement, though, is the game’s improved loading speed. Path of Exile will now load up to 30% faster, allowing you to jump into Wraeclast more quickly than ever before.

That’s right, folks. In a little over two weeks, you’ll be able to experience all this exciting new content for yourself. In the meantime, head on over to the Path of Exile Wiki on Gamepedia to share information on your favorite aspects of the game. You can also learn more about this update on the Path of Exile website.

Head Through the Rift and Build Some Robots in Goliath