There are two types of puzzle game; those that follow conventions, and those that break the mold — and it seems clear that Quench is the latter rather than the former. Gamepedia and the game's developer Axon Interactive are pleased to announce the Official Quench Wiki.

Not so long ago, puzzle games were typically about falling blocks or reconfigurable tiles. As engrossing as these experiences might be, the genre was in need of an injection of creativity, and thankfully the rise of the indie game helped administer it. Quench is undeniably a product of the new school of puzzle gaming.

Between its arresting low-poly aesthetic and its potent environmentally aware theming, Quench is a game that fleshes out its core gameplay with lovingly crafted embellishments. However, don't confuse that for any weakness in its core mechanics. 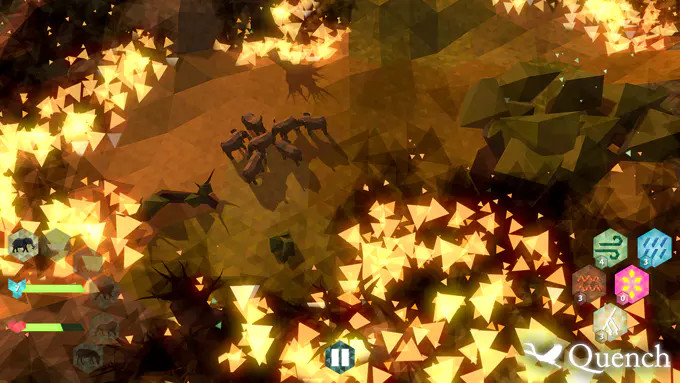 Quench is sure to challenge even the most seasoned veteran of the puzzle game genre, testing your mastery of the divine powers available to protagonist Shepherd as well as your ability to prioritize a number of different goals.

In any given level, you might have to switch from sheltering a herd of animals from a fire to restoring a grove of trees, before clearing a set of obstacles so your herd can proceed to their intended destination. It's only by grasping all the different abilities you have on hand — and how the world around you works — that you'll be able to find success.

Here's some footage of Quench in action:

Last month, Quench was successfully funded on Kickstarter and is scheduled to release on PC and Mac in Fall 2016. For more information on the game, check out its official website or head directly to the Official Quench Wiki.

Tube Tycoon Lets You Live the Life of an Internet Celebrity