In Clockwork Empires, it's your job to set up a colony on the very outer limits of the realm — and there's everything from cannibals to fishpeople standing in your way. Only the best Junior Bureaucrats entrusted with this position will be able to complete the task at hand. Success is your only option, because unless your colony can prosper, you're unlikely to be welcomed back home with open arms.

When the Queen sends you out to get something done, you had better make sure it's done, no matter what difficulties you might face on the way. You're a representative of the crown as you attempt to set up your colony in Clockwork Empires, so you had better act accordingly.

Of course, that might be easier said than done, given the obstacles in your path. Whether it's cultists who have turned their back on the Church of the Holy Cog, or henceforth undiscovered races like the Fishpeople, there's always another challenge to consider. 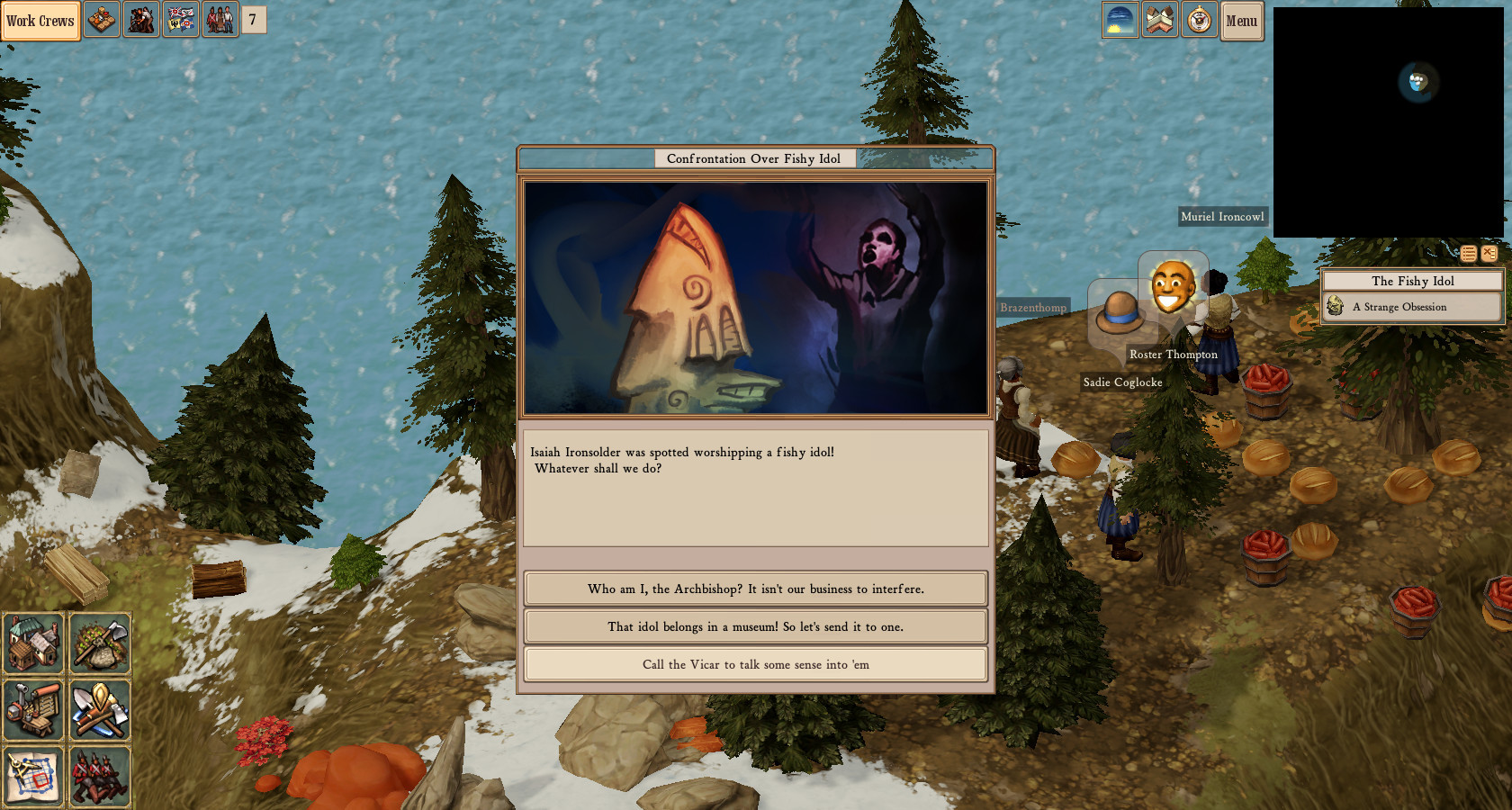 That being said, there are plenty of ways to respond to the difficulties of establishing a colony. Take those aforementioned Fishpeople; you could deny their existence and attempt to sweep them under the rug to maintain order, or you could try and communicate with them and learn what they know about your new home. Alternatively, you could have them shot on sight — it's all up to you.

Clockwork Empires will challenge you to keep your colony's population happy, combat the advances of weird horrible things that are out for blood, and continually re-evaluate and rebuild your settlement to make it as liveable as possible. Not everyone will be up to the task of being a Junior Bureaucrat — but anyone that enjoyed the challenge of Dungeons of Dredmor, developer Gaslamp Games' previous release, will be well served.

Clockwork Empires is available now via Steam Early Access. For more information on this steampunk strategy title, head to its official website or check out the Official Clockwork Empires Wiki.

Tube Tycoon Lets You Live the Life of an Internet Celebrity