In Eco, players interact with a realistic ecosystem, seeing the immediate effects of their actions reflected in the state of the game world. Now, its developer Strange Loop Games has released Eco Alpha 4, adding a whole host of new features to try out.

To understand the extent to which Eco simulates an interconnected environment, look at the way food works in the game. Food contains nutrients that can accelerate the rate at which players develop their skills, but calories ingested are also consumed while performing physical actions like cutting down trees and hunting animals. Sustenance isn't just a case of eating an item and watching a health bar replenish itself — you'll need to consider your actions to gain the maximum advantage.

However, Eco isn't just about the bodily requirements of surviving in the wild. Alpha 4 adds an eclectic bunch of features ranging from the addition of vehicles to in-game elections, so you can see just how complex the overall experience is shaping up to be. 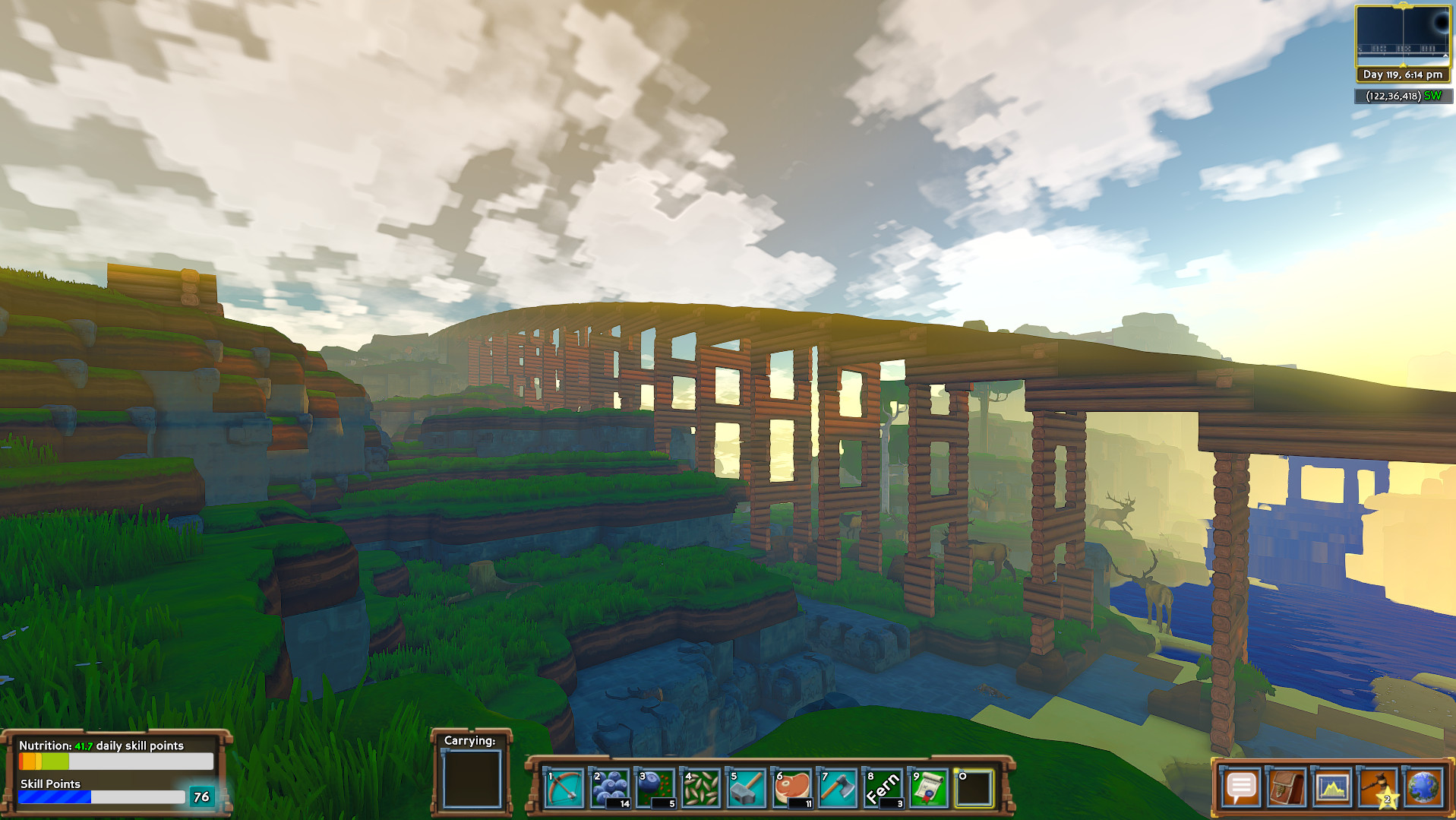 That being said, Eco is still hugely accessible. Its complex gameplay is designed to ensure that players have as much freedom as possible — when you're playing the game with a group of friends, there's no limits on what you can accomplish, as long as you can collaborate as a cohesive unit. Plus, the newly refined art style is sure to welcome players of all ages and abilities.

Meanwhile, the team at Strange Loop Games is doing everything possible to make sure that the diverse gameplay present in Eco is underpinned by a rock-solid technical foundation. To that end, the new Alpha makes impactful user experience tweaks to improve everything from the building interface, to the way the mini-map is presented on-screen, to the way players navigate through a server list. No stone is being left unturned as the developer strives to make the game as engrossing as possible before beta testing begins.

Here's an in-depth video detailing the new vehicles being introduced in Eco Alpha 4:

You can take part in Eco Alpha 4 right now by purchasing access via the developer's official website — the game will be available on Steam when its beta begins later in the year. If you need help getting started, be sure to check out the bounty of information that's already been amassed on the Official Eco Wiki.