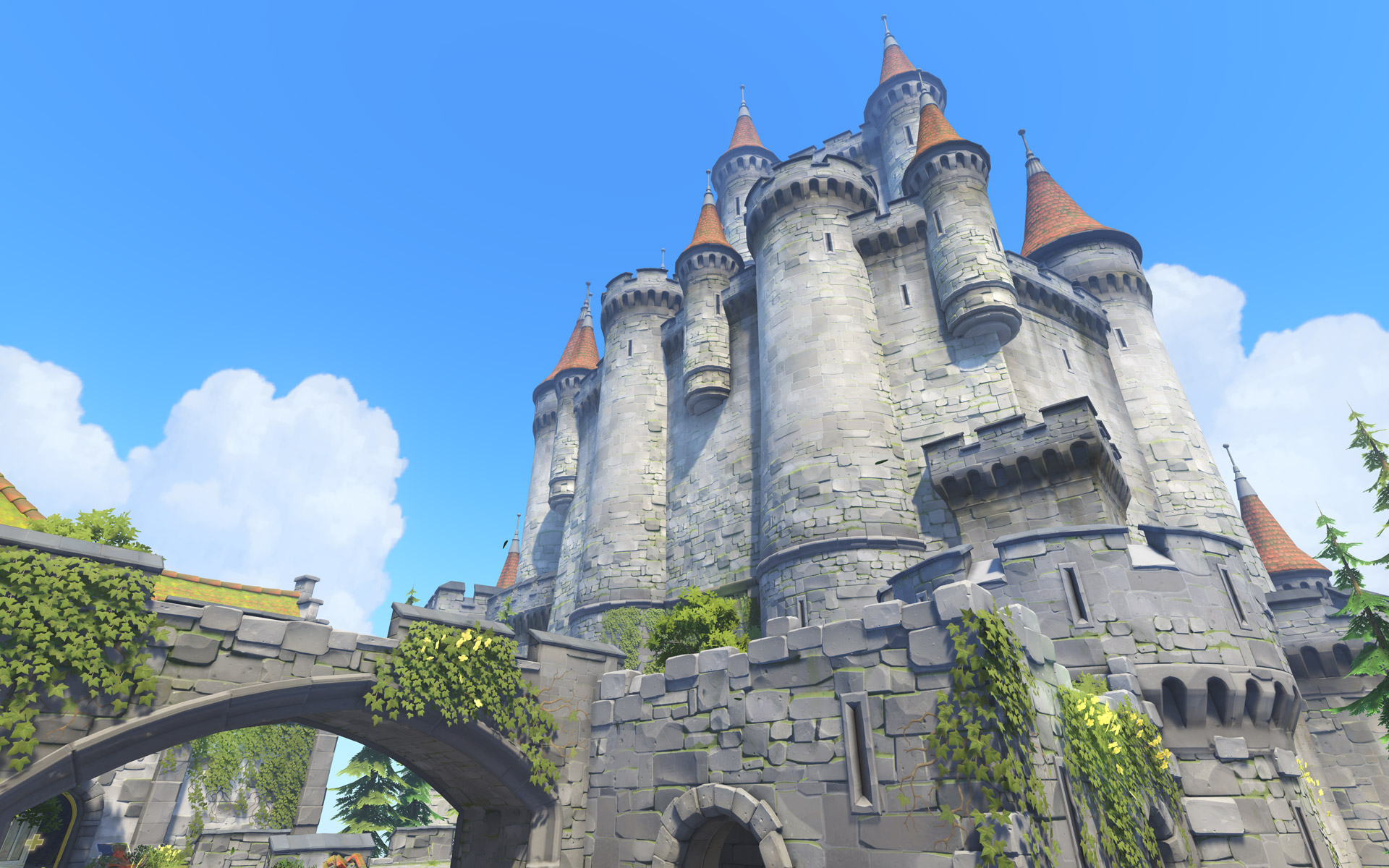 Blizzard just revealed their first new Overwatch map at Gamescom, and it’s a hybrid assault/escort map called Eichenwalde. The best part? You can expect the new map next month.

In the video below, the map is first presented as a peaceful, picturesque area. Birds are singing, the sun is shining, and flowers drape from window boxes. Then, things change. You notice a crumbled wall. A destroyed Bastion robot hidden beneath weeds. A toppled building. What happened here that brought this grand castle to ruin?

The map’s description sheds some light on this question.

The site of one of the most famous battles during the Omnic Crisis, it was here that the leader of the Crusaders, Balderich von Alder, and a handful of his best soldiers made a last stand against an advancing automaton army. Outnumbered and outgunned, they were ultimately slain during the resulting combat. However, thanks to their valiant efforts, the German military was able to push back the omnic offensive and win the fight.

This German castle is also the birthplace of Overwatch hero Bastion, and you can expect a new animated short titled “The Last Bastion” later this week.

What do you think of the new map? For more information on maps, heroes, and lore, check out the Overwatch Wiki on Gamepedia.

How to Destroy Your Enemies as Widowmaker in Overwatch

Everything You Need to Know About Overwatch's Ana