The current Republican presidential candidate may not be everyone's preferred pick for POTUS, but he is a pretty good pick for a video game character. His larger-than-life persona is an ideal addition to a roster of playable leaders that already includes the likes of Joseph Stalin and Vladimir Putin.

Whether you're pro-Trump or not, the Trump Rising expansion will help make sense of the current political climate. His supporters can live the dream of playing as "The Donald" himself, and learn firsthand whether or not his unique brand of leadership maintains peace with America's allies. Meanwhile, his detractors can take control of another nation and match wits with the the reality TV host and entrepreneur. 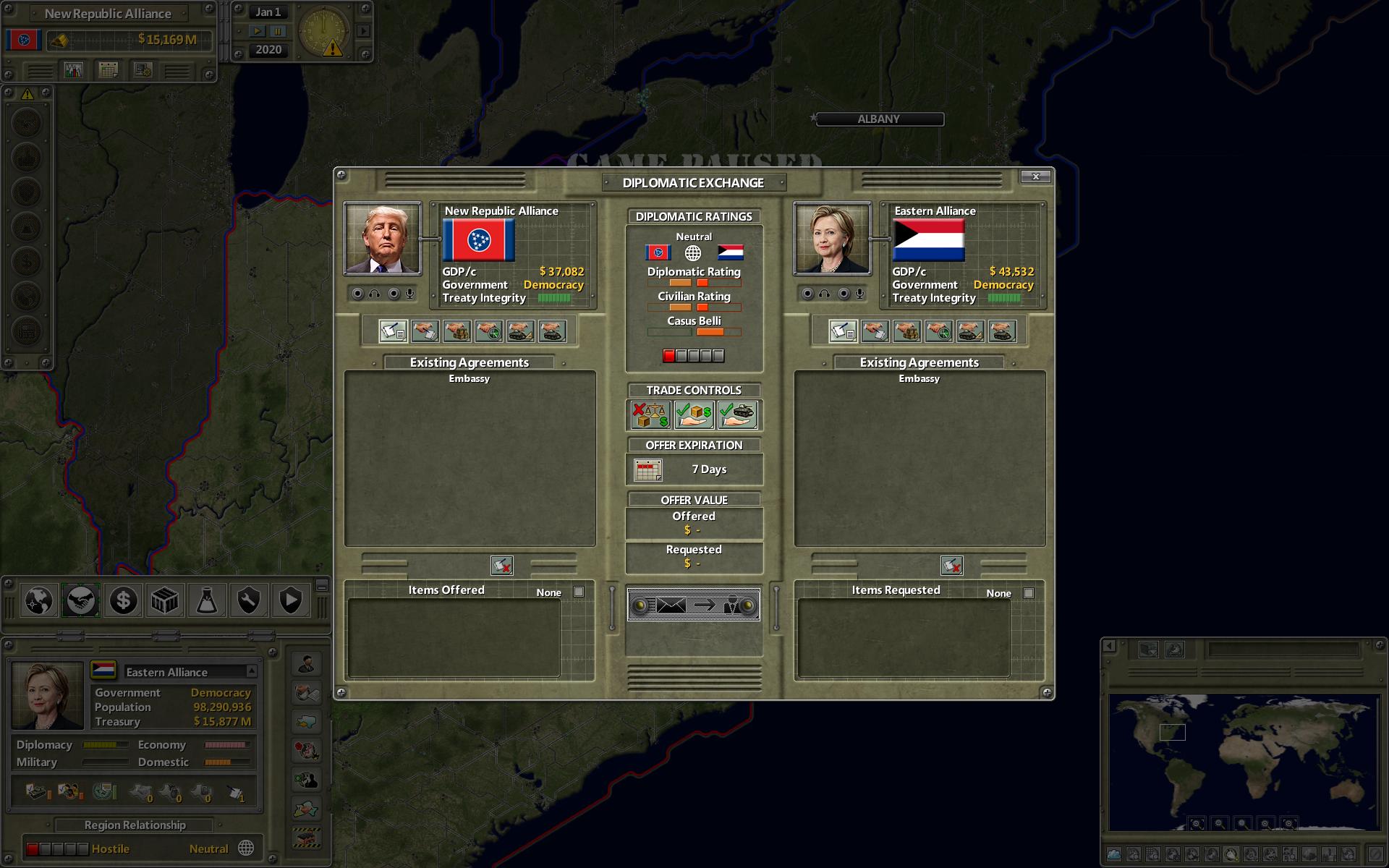 Supreme Ruler Ultimate is a real-time military strategy game that challenges players to guide their chosen country through harrowing events in human history including World War II and the Cold War. The Trump Rising expansion adds a new sandbox that gets underway on January 20, 2017 — the looming Inauguration Day — and new challenges like building a wall.