Midair is a different kind of first-person shooter. Incredibly fast, intensely competitive and unbelievably fun, this is a multiplayer title that breaks the mold in more ways than one. Gamepedia and the game's developer, Archetype Studios, are pleased to announce the Official Midair Wiki.

In most FPS titles, combat is constricted to the ground unless you're jumping, using a vehicle, or seizing a higher position on foot. However, Midair takes inspiration from a subdivision of the genre that includes titles like Tribes and Legions: Overdrive, where vertical movement is just as important as lateral positioning. 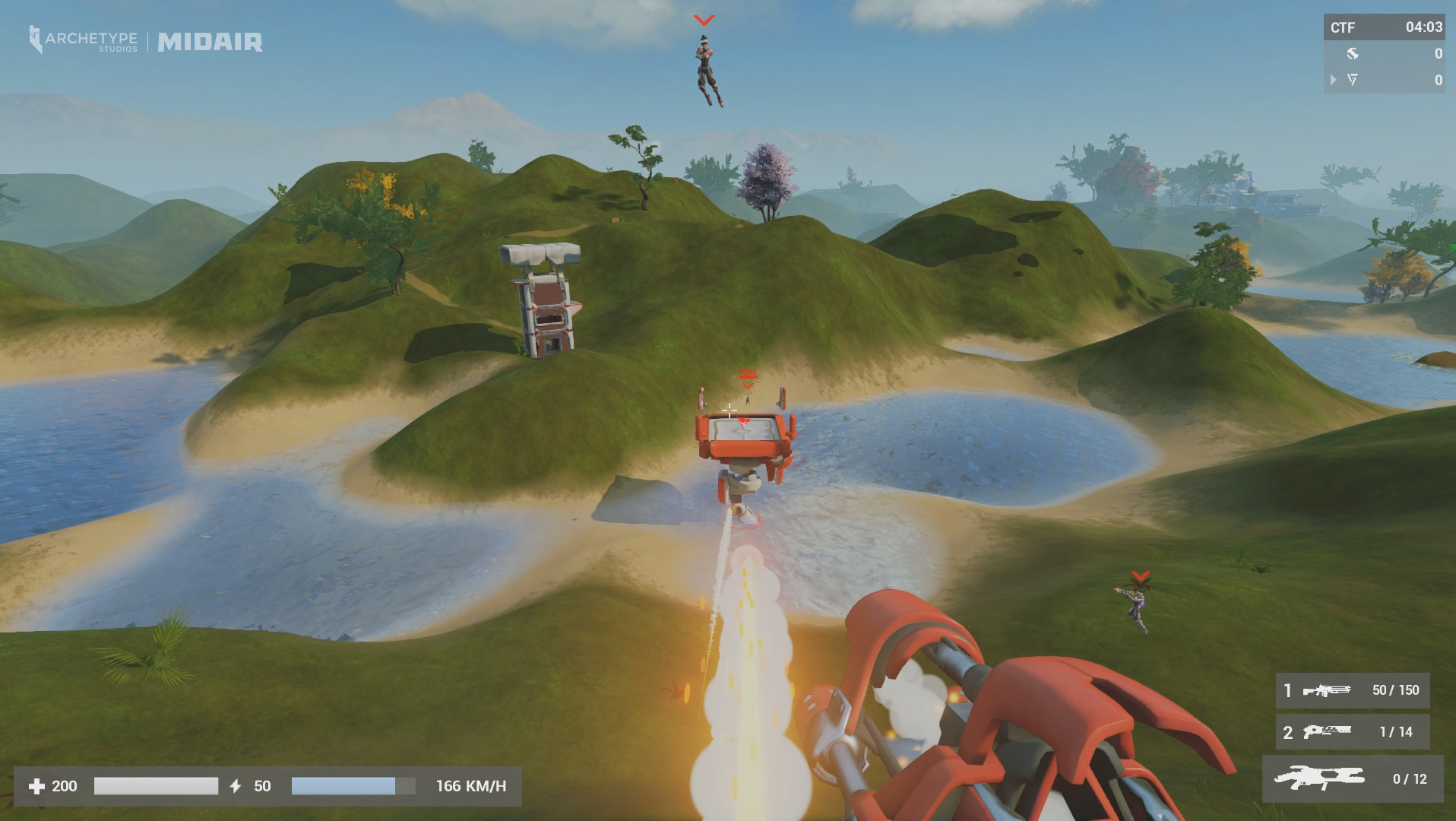 To truly master the battlefield in Midair, you'll have to familiarize yourself with two crucial gameplay mechanics: gliding and jetting. Gliding allows you to cover large distances by removing all friction between your character and the ground beneath their feet. Jetting, on the other hand, takes advantage of a standard-issue jetpack to make soaring into the air as easy as pie.

By combining jetting, gliding, and the considered use of explosive projectiles, players can maneuver in ways that would simply be impossible in other FPS titles. High-level Midair competition has to be seen to be believed, as players use every last ounce of their characters' agility to jockey for position in their pursuit of combat superiority.

Here's some footage of Midair in action:

Midair is expected to launch in late 2017, but interested players can start honing their skills early by buying the game directly from its developer and gaining access to its Alpha test. For more information on the game, head to its official website — and for details on everything from loadouts to lore, check out the Official Midair Wiki.

How CHKN is Reinventing the Sandbox Survival Genre