Ready to experience the future of high-octane multiplayer action? Smash+Grab is a taut online experience with an emphasis on hard-hitting melee combat — and it just hit Steam Early Access. Gamepedia and the game's developer, United Front Games, are pleased to announce the Official Smash+Grab Wiki.

In most team-based competitive multiplayer games, shooting is your primary method of dealing damage, while melee attacks are used when it's appropriate. Smash+Grab turns that balance on its head; while there are ranged characters in the game, players will need to be comfortable with getting up close and personal with their opponents if they want to find success. 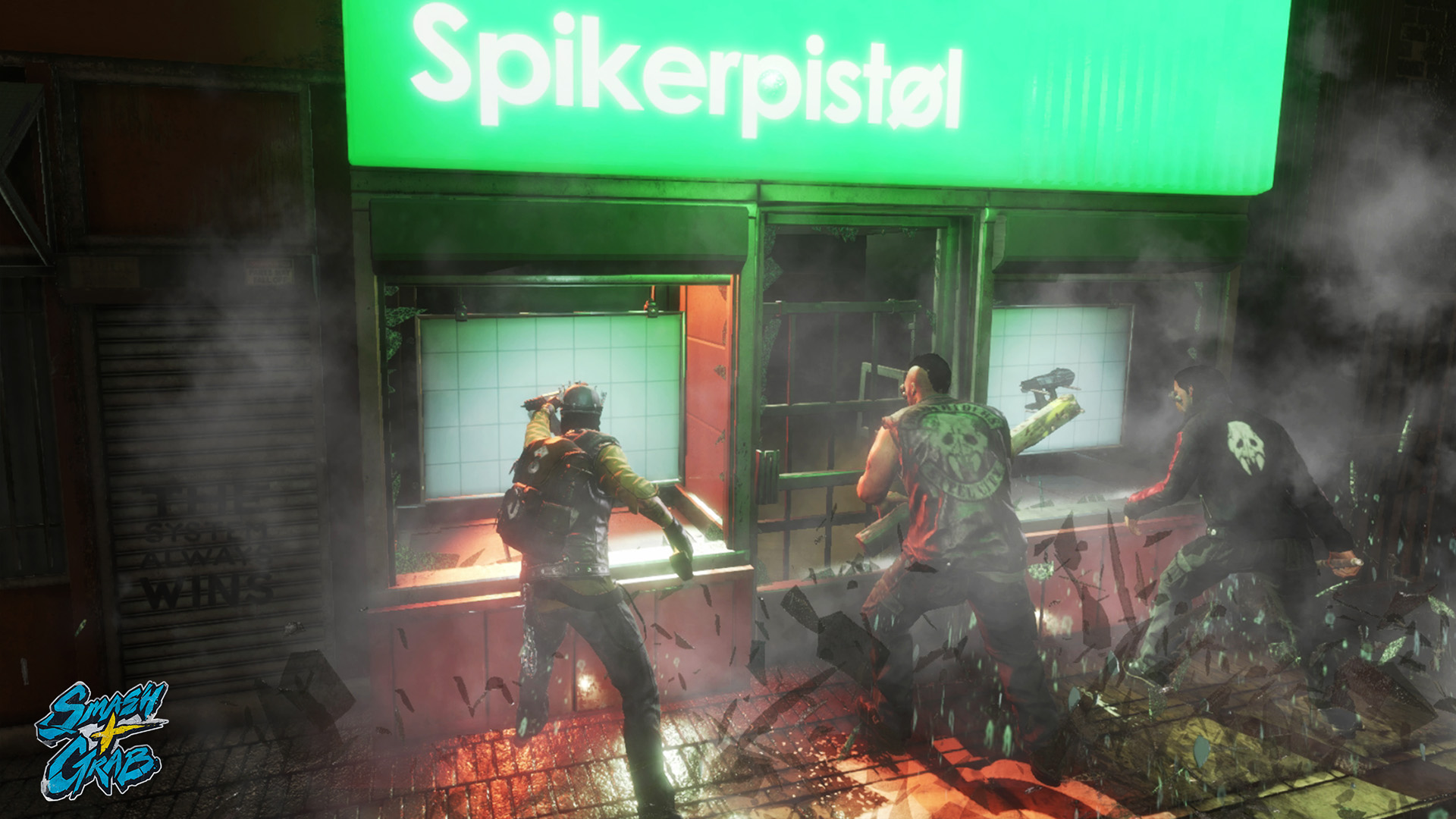 A key component of the game is ensuring that your five-person gang works in perfect harmony. Each gang is comprised of a leader, a lieutenant, and three soldiers — and every component, whether they're a human player or an AI bot, will have to excel in their role to ensure victory.

However, Smash+Grab isn't just about the glory of combat. Gangs can get the upper hand by looting stores and vending machines, and stealing loot from fallen enemies. You might find a top-tier weapon as you kick in the windows of a local business, or you might discover the ingredients required to craft an elemental weapon mod. At the end of the day, all that matters is getting an advantage over your rivals.

Sound like your kind of game? Smash+Grab is now available on Steam. For more information on this visceral multiplayer title, check out its official website — and for the inside track on gang supremacy, don't forget to stop by at the Official Smash+Grab Wiki.