Are you ready to test your abilities with an arena brawler where quick reactions and nimble fingers are key? Look no further than Battlerite, a brand new multiplayer experience that launches today on Steam.

What do you get when you cross the precise movement required be a top-down shooter with the varied character roster of a fighting game? You get Battlerite, the spiritual successor to the beloved Bloodline Champions.

In this game, there's no room to blame your performance on outside influences. Each character has been fine-tuned to ensure that the cast is well-balanced, putting the emphasis on player ability. Make sure that your skill-shots hit, time your assault to perfection, and react to any counter-attacks performed by your opponents, and victory is all but guaranteed. 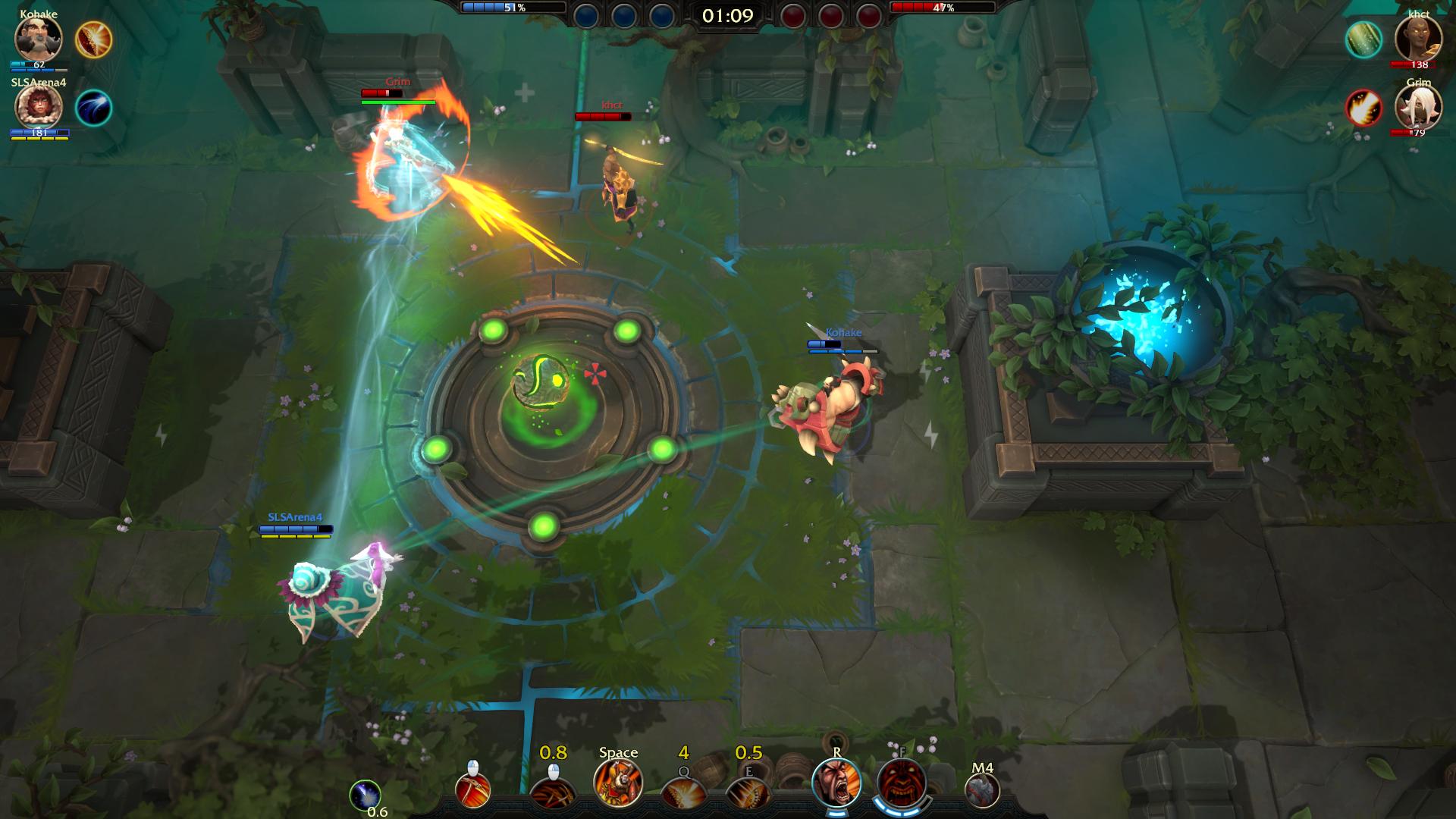 Of course, there are strategies to employ other than straight-up brawling. Some players will choose to implement a tactical strike with other members of their team. Others will focus on performing ancient rites to gain strength and unlock special powers. The choice is yours — from your character selection to your playstyle, there are plenty of ways to find your own approach in Battlerite.

The game is simply jam-packed with action. A 2v2 mode ups the stakes and demands perfect synchronization between players, while 3v3 battles offer a bit more flexibility in terms of the tactics available to each side. Beyond that, there's an addictive bullet time mechanic that lets fighters dodge and dip to evade enemy attacks in the style of classic action movies.

Battlerite is available now via Steam. For more information on this new take on arena action, head to the game's official website — and don't forget to consult with the treasure trove of intel about champions, mechanics, and arenas on the Official Battlerite Wiki.