Looking to revisit the golden age of action RPGs? Cryamore will take you there! Gamepedia and the game's developer, NostagiCO, are pleased to announce the Official Cryamore Wiki.

Cryamore casts players as spunky bookworm Esmyrelda Maximus, a resident of the beautiful Noka Island. Esmy has a keen interest in scientific research, which is why she's the obvious candidate when the Town Council Chief decides that something must be done about the problems that the island faces.

The early settlers of Noka Island found that the isle's natural resource, a mineral known as Cryamore, was the perfect replacement for their steam technology. Over the years, it came to be used in all manner of ways, but more recently it started to cause some serious difficulties for the islanders. 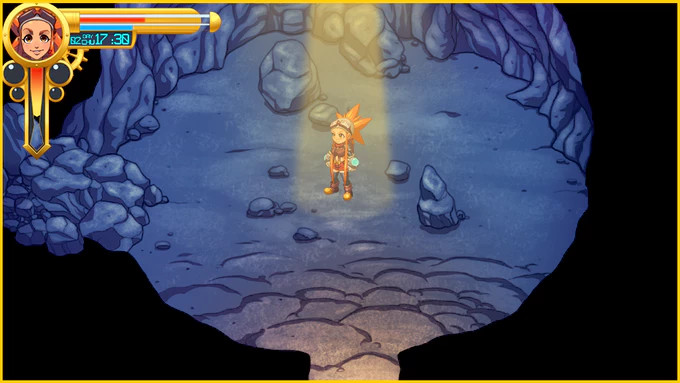 By the time the game gets underway, Noka Island's resources are strained — and, to make things even worse, monsters are appearing out of thin air. Esmy is assigned the task of finding out the source of the problem, and figuring out a replacement for the town's usage of Cryamore.

To do so, she'll have to master the intricacies of combat and take on some challenging puzzles. Don't go in to Cryamore expecting to have your hand held; this is a game inspired by games of yesteryear, where discovery and adventure are more important than quest logs and waypoint markers.

After more than three years of development, the NostalgiCO team expects to have Cryamore ready for a release in 2017. To find out more about this lovingly crafted throwback, check out its official website — and don't forget to take a look at the Official Cryamore Wiki.