Five years on from its 2011 debut, The Elder Scrolls V: Skyrim has been remastered and re-released for modern consoles and the PC. Whether you're a veteran Dragonborn or just setting foot into Tamriel for the first time, there's no greater adventure in store for this holiday season than Skyrim Special Edition.

Set two centuries after its predecessor, Oblivion, Skyrim opens in a time of civil war for Tamriel's snowy north. The bitter conflict between the Stormcloaks and the Imperial Legion is enough of a concern for the civilian population, but an ancient prophecy foresees that the war is simply a prelude for events of even greater consequence.

As the game gets underway, the protagonist is in chains, preparing to be executed. However, before the headsman can complete his task, the legendary dragon Alduin makes his return to the land of the living — seemingly adding credence that the prophecy is coming to pass. 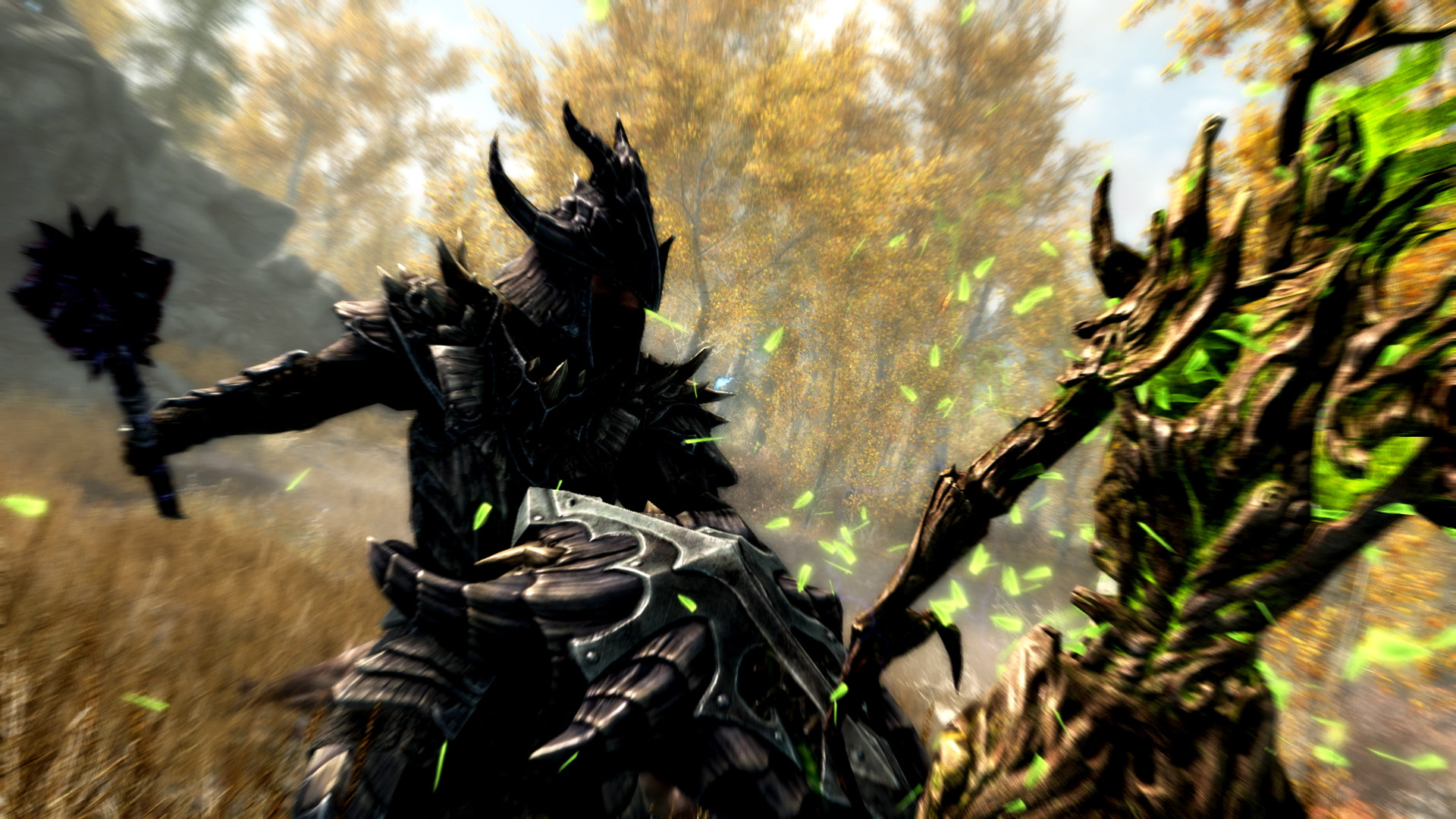 Anyone that has played through Skyrim over the course of the last five years will remember that gripping opening sequence, as well as the rollicking adventure that followed. That said, the special edition re-release offers plenty of reasons to dive back into the game to experience the monumental quest all over again.

Skyrim has been remastered to take advantage of modern hardware, and all three DLC packages — Dawnguard, Hearthfire, and Dragonborn — are included. What's more, the special edition of the game allows console players to enjoy user-created mods for the first time.

Adventurers can visit the award-winning Forgotten City and experience a quest unlike any other in the game, take advantage of brand new new forms of Destruction magic, and even make the experience more challenging with the Hardcore Difficulty mod.

Skyrim Special Edition is available now for PlayStation 4, Xbox One, and PC. For more information on the release, check out this post on the Bethesda website — and don't forget to consult the Skyrim Wiki before you set out on your quest.