When night falls, the house is silent and still — but in a darkened bedroom, an action figure called Brand stirs to life in an attempt to rescue his owner, Felix. With hordes of fearsome enemies out to get him, scores of mind-bending puzzles to complete, and the responsibility of defending Felix's bedroom from attack, Brand has his work cut out for him as he embarks on his Toy Odyssey. Gamepedia and the game's developer, Hikergames, are pleased to announce the Official Toy Odyssey Wiki.

Toy Odyssey is a game that sets out to take players back to their childhood, albeit a warped version of their childhood where action figures battle for their safety. As well as the toys that make up its cast of characters, players are sure to feel some nostalgia for the challenging Metroidvania-style gameplay that's on offer. 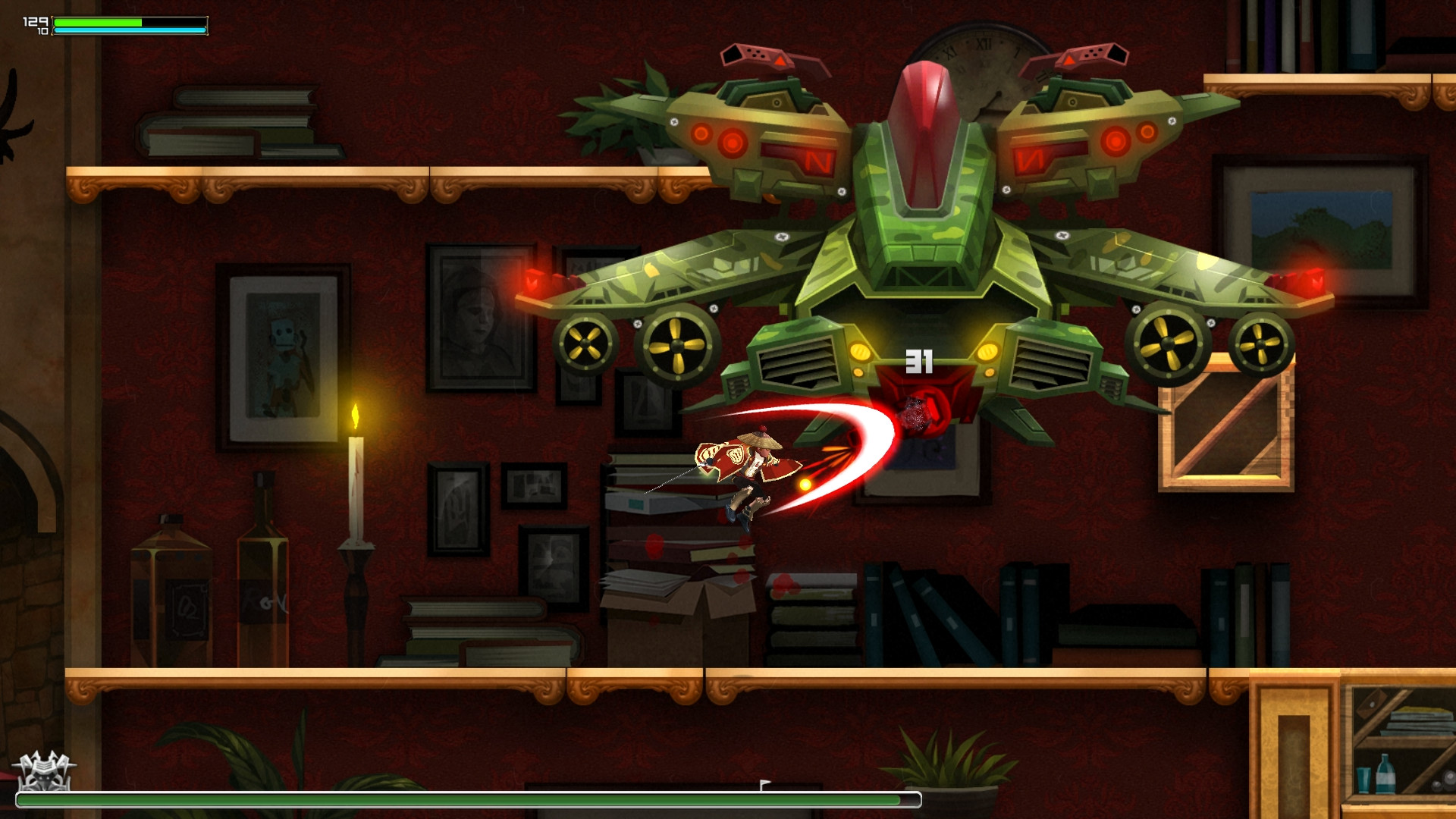 Make no mistake, there's no shortage of difficulty in Toy Odyssey. Each new level is randomly generated, so it's vital that you're on your toes at all times. You'll never be quite sure whether there's a handy weapon upgrade around the corner or if you're about to be faced with another punishing boss fight.

Each time your character falls, the night ends and the forces of darkness continue their approach on Felix's bedroom. Toy Odyssey isn't just about intense platforming; as you explore the house and learn its secrets, your overarching task is to build up a base that's capable of repelling any attack, defending young Felix in the process.

Toy Odyssey is available now on Steam. For more information about this exciting nocturnal adventure, check out the game's official website — and don't forget to head to the Official Toy Odyssey Wiki to get the information you need to make it through the night.