The San Francisco Bay Area has long been known as a hub of the tech industry — but in Watch Dogs 2, the region is exposed to the true power of modern technology. As part of the hacker group DedSec, players will have to use every ounce of their intellect and ingenuity to take down the oppressive surveillance network that's being put in place. As unlikely as it might seem, your best weapon on this high-stakes mission is the smartphone sitting in your pocket.

At the end of the original Watch Dogs, the villainous Blume Corporation announced that their devious Central Operating System was set to be implemented in other cities in the United States. Watch Dogs 2 begins with the revised ctOS 2.0 being activated in San Francisco.

However, not everyone is happy about the upgrade. Protagonist Marcus Holloway was wrongly implicated for a crime he did not commit by ctOS 2.0, and he's called to action by other innocent people being framed in a similar manner. He joins up with DedSec and becomes a part of the effort to fight back against ctOS and The Blume Corporation as a whole. 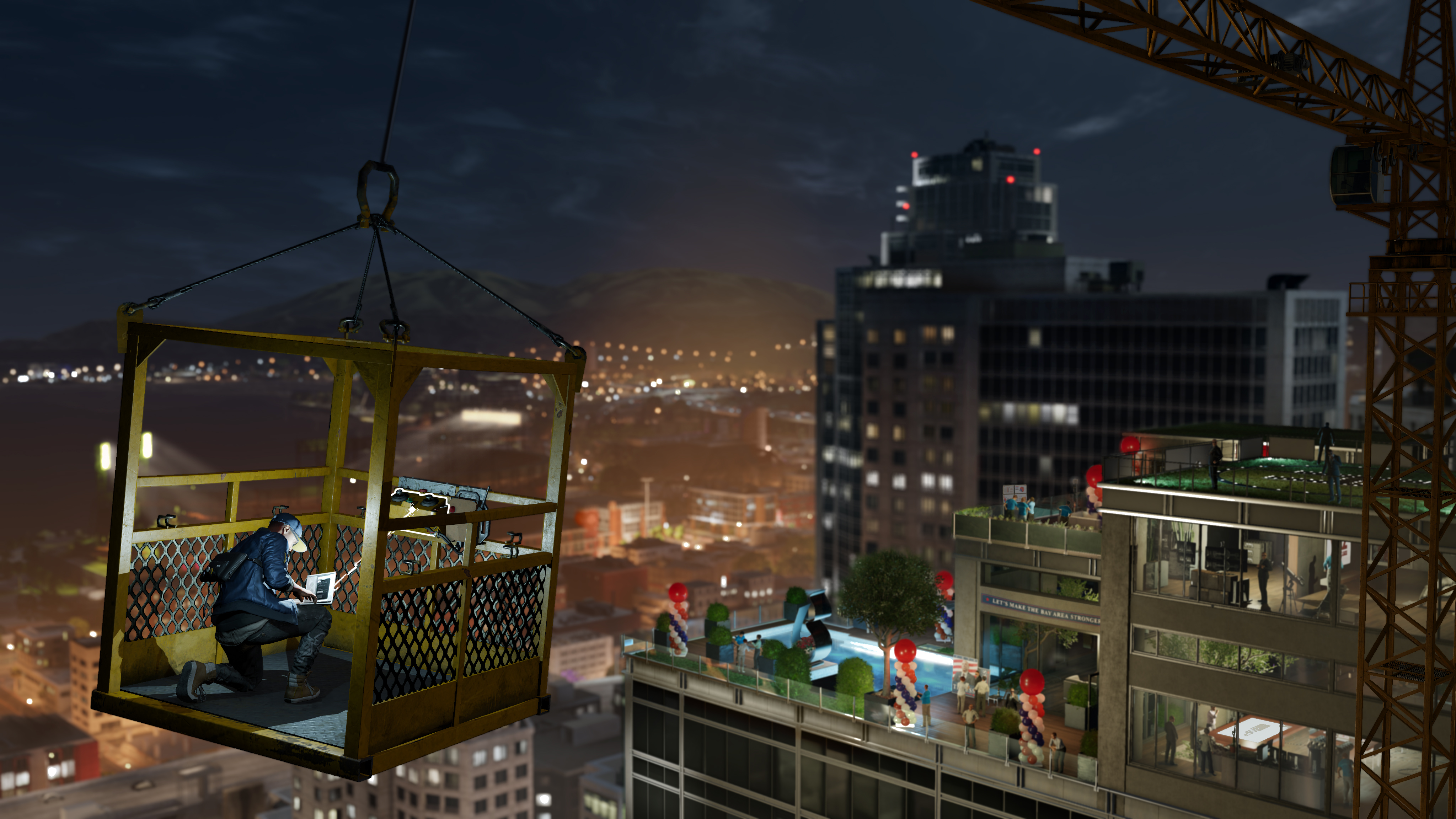 To do so, he'll need to travel through the four diverse regions that comprise the area: San Francisco, Oakland, Marin, and Silicon Valley. Getting around is much more open-ended than it was in the first game. In addition to a wide range of vehicles that can be requisitioned, Holloway is a talented free-runner and can use these abilities to traverse the environment.

Combat has also been given a significant upgrade over the predecessor. Players can use a 3D printer to create weapons capable of supporting an all-out assault on their enemies, or utilize a taser to execute more stealthy strategies. When worst comes to worst, Holloway's signature weapon can be called upon; the "Thunderball" is a billiard ball on a bungee cord, a sure-fire problem solver.

Watch Dogs 2 is available now on PlayStation 4, Xbox One, and PC. For more information, head to the game's official website — if you want a headstart on your hacking career, be sure to consult the Watch Dogs 2 Wiki.