Ready to strap yourself in and take over a state-of-the-art coaster park? In Planet Coaster, you're put at the helm of an amusement park and given free reign to design rides, perfect its layout, and make your attraction the most successful park in the world! The only limit is your imagination — and perhaps the bravery of your paying customers.

Anyone who's familiar with the management simulation games of the 1990s and early 2000s will feel right at home with Planet Coaster. The game comes from the capable team at Frontier Developments, who contributed to the expansion packs released for RollerCoaster Tycoon 2, made RollerCoaster Tycoon 3, and was also responsible for subsequent coaster-themed titles Thrillville and Screamride.

This wealth of experience has led to the ultimate coaster park management experience. Planet Coaster allows players to handcraft their attraction in 3D — whether you're building a coaster piece by piece or sculpting your park's landscape to perfection, there's an unprecedented level of control over the look and feel of the end product. 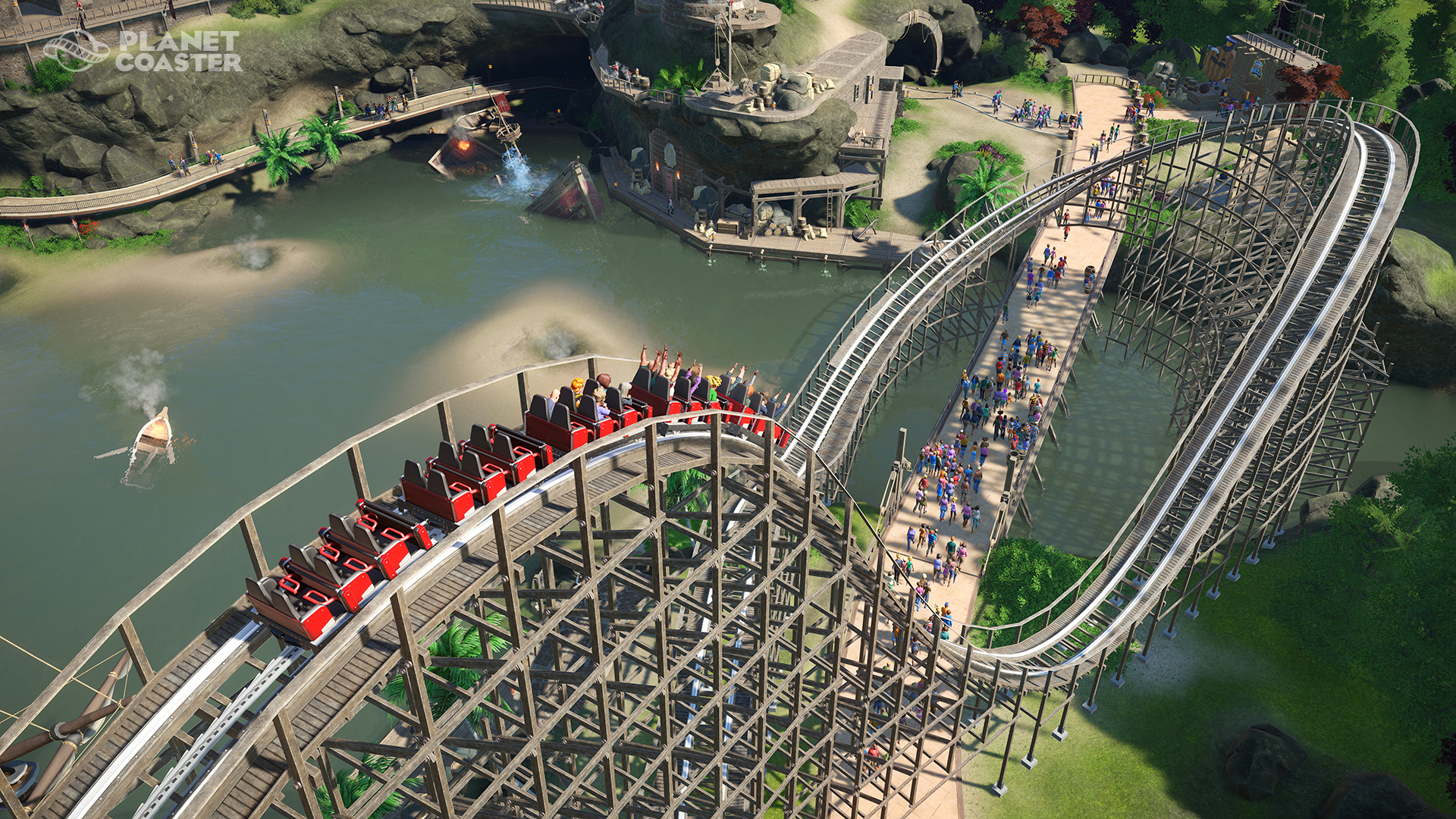 If you're the sort of player who spent hours perfecting rides and parks in the games of yesteryear, you'll be well served by the customization options available in Planet Coaster. However, this isn't just an update of games from the past. It's packing brand new community tools to help players share their best work.

This means that if you come up with a coaster that you're particularly proud of, you can upload it and allow players from around the world to use the design in their own parks. Of course, you can also download designs from the best creators out there to make sure your park meets the demands of your visitors.

Here's some footage of Planet Coaster in action:

Planet Coaster is available now via Steam. For all the know-how you need to make your park the best attraction around, head to the Planet Coaster Wiki.