Are you ready to rock and rumble? Super Dungeon Bros is an amped-up, rock-themed adventure that hits hard. As you and your bandmates journey down into the deepest depths of Rökheim, there will be plenty of formidable enemies to fight and tons of desirable treasure should you succeed — but only the best of the best will have the skills to go all the way. Gamepedia is pleased to present the Official Super Dungeon Bros Wiki.

It's hard out there for an adventurer. Loot isn't exactly easy to come by. In fact, the best place to find it is a dungeon, and anyone that knows dungeons knows that they're typically filled with fearsome monsters and mind-bending puzzles.

Fortunately, in Super Dungeon Bros, players aren't forced to go it alone. The game's four main characters — Axl, Lars, Freddie, and Ozzie — are at their best when they're fighting as a team, so Super Dungeon Bros offers full support for online and couch co-op. 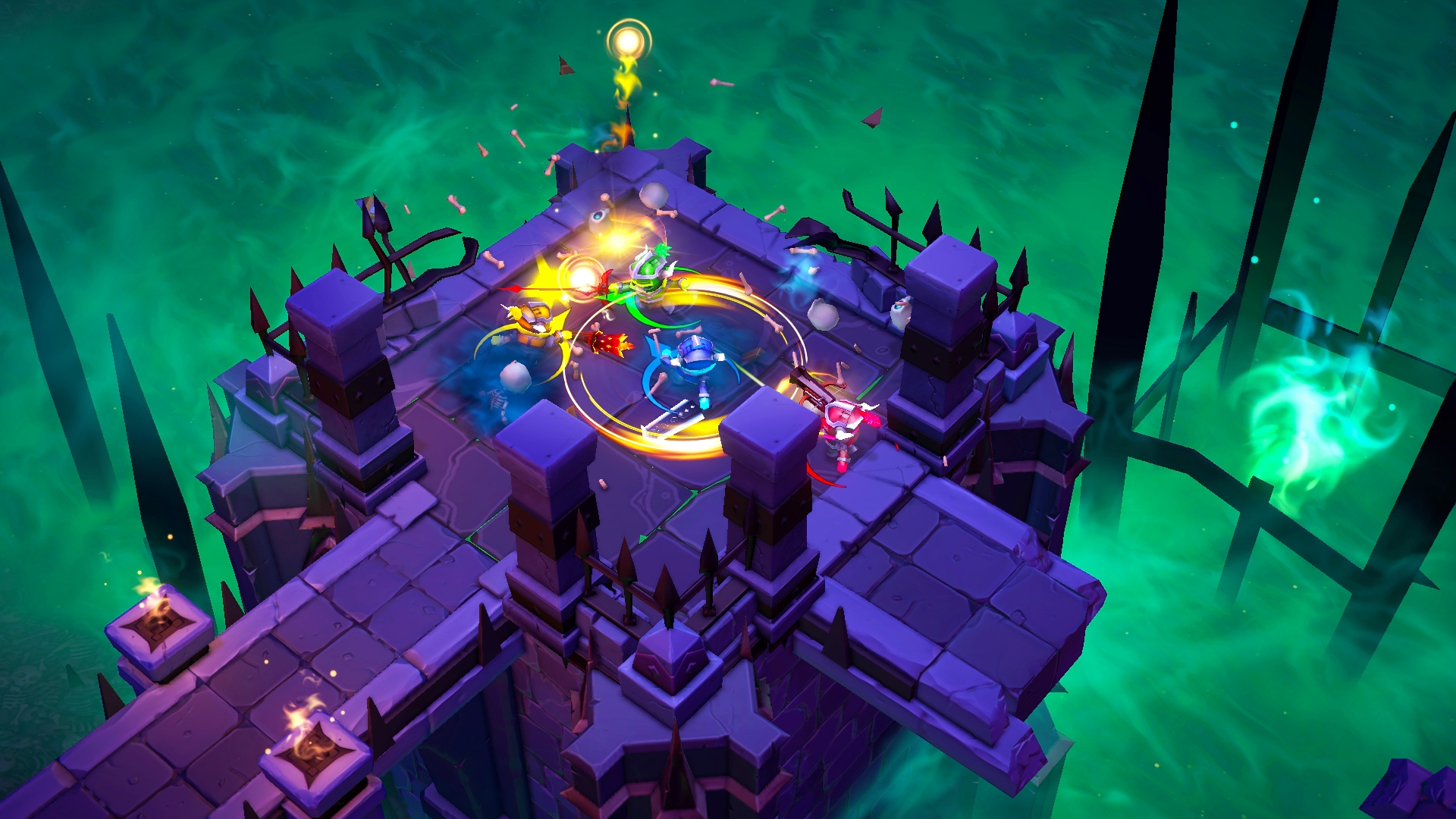 That means that you can hurl your friend into a horde of oncoming opponents in an attempt to cut down their numbers, or be flung by one of your accomplices to throw a switch and solve a puzzle. The key to success is working as a team and making sure that everyone is able to use their strengths to their full advantage.

Because the gods of rock are watching, the stakes couldn't be higher. Whether you're creeping through the underground graveyard of Cryptheim, slicing your way through the overgrown jungles of Bogheim, or enjoying a few pints at the naturally-formed breweries of Chillheim, the higher powers of heavy metal will be observing your quest.

Here's some footage of Super Dungeon Bros in action:

Super Dungeon Bros is available now for Xbox One, PlayStation 4, and PC. For more information on this intense co-op brawler, head to the game's official website — and for all the knowledge you need to survive Rökheim, consult the Official Super Dungeon Bros Wiki.

5 Things You Need To Know About Mass Effect: Andromeda