It's been a long road for gamers looking forward to The Last Guardian, but the wait is finally over. The game was announced almost a decade ago, and it immediately shot to the top of many most wanted lists. Now, it's time to find out whether the ethereal adventure can live up to the enormous high expectations that await.

Anyone that's played director Fumito Ueda's previous works, Ico and Shadow of the Colossus, will know exactly why there's so much anticipation for The Last Guardian. Ueda makes games that are jam packed with artistry, from their lovingly crafted worlds to their thematically potent gameplay, and this project looks to have the same strengths as its two predecessors.

The Last Guardian casts players as a boy who's kidnapped and imprisoned in an enormous castle. Things look bleak for the young protagonist — until he crosses paths with an enormous half-mammal, half-bird named Trico. 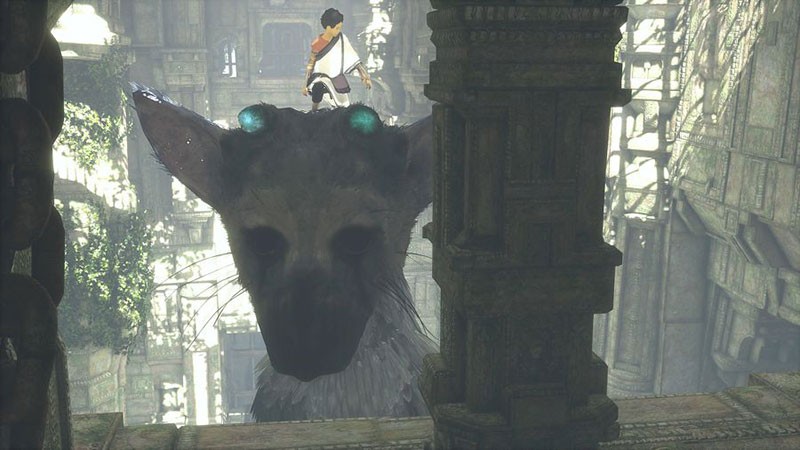 Trico is also being imprisoned by the same forces that have the boy in their grasp. He's riddled with spears and arrows when he meets the player, but after having these injuries tended to and being released from his shackles, he proves to be an indispensable help as the boy attempts to escape the castle.

The boy and Trico need to avoid or attack guards, solve puzzles, and explore their mysterious surroundings to earn their freedom. Their friendship is their best chance of getting out alive, and even then it's a slim window of opportunity. Taking advantage of Trico's animal instincts is the best way to get the beast to behave as needed, but that's easier said than done.

Here's some footage of The Last Guardian in action:

The Last Guardian is available now for the PlayStation 4. For more information about the game, check out its official website — and for more details about its rich lore and engaging world, head to Gamepedia's The Last Guardian Wiki.