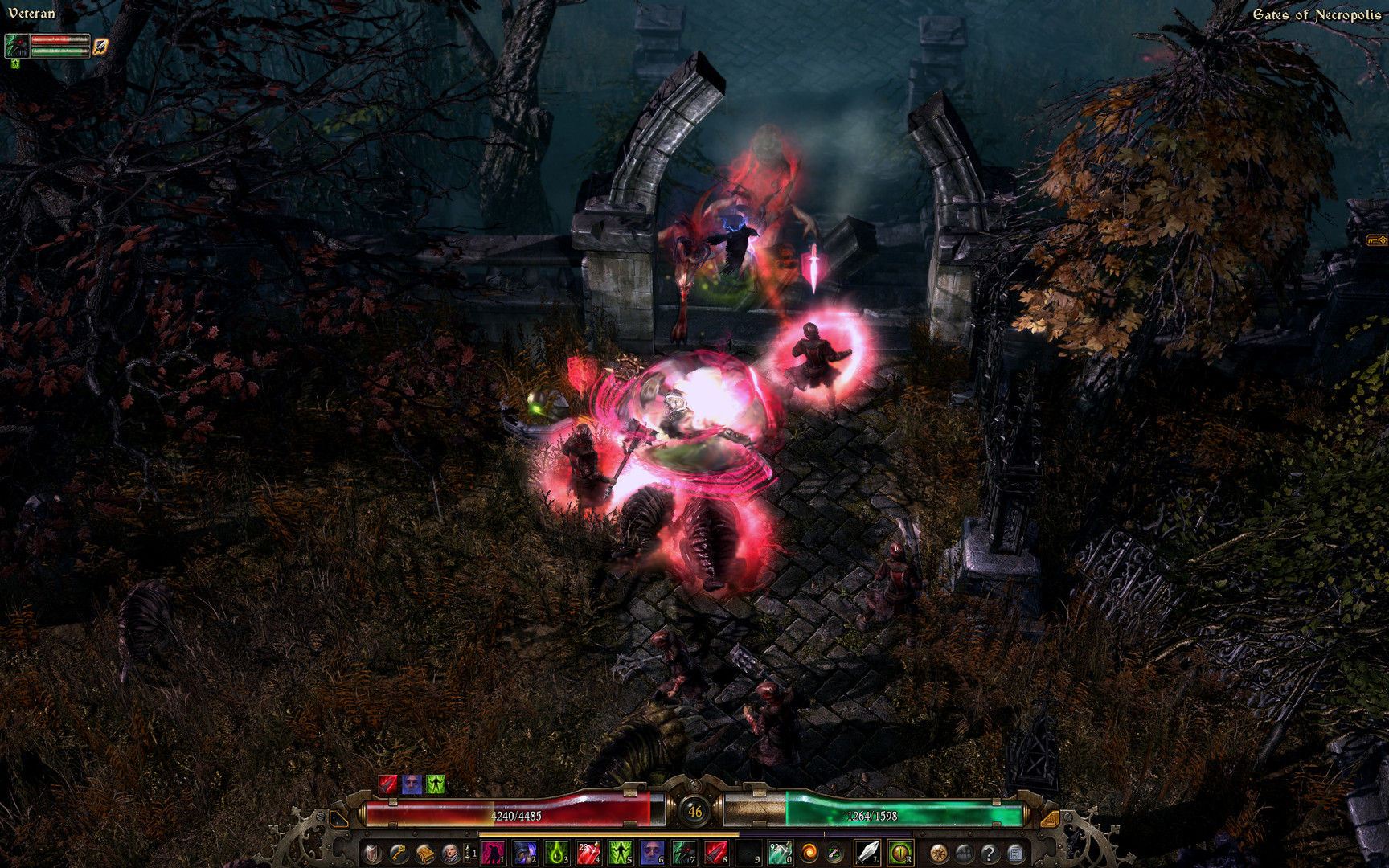 Made up of veterans from that team at Iron Lore, developer Crate Entertainment is reviving the bones of Titan Quest for an all-new adventure in Grim Dawn. Built from the Iron Lore engine and toolset that created Titan Quest, Crate has fine-tuned the exploration, loot gathering, and monster mashing of their past work to create a new twist on a beloved genre. To help you on your adventure into the world of Cairn, Gamepedia joyously announces the Official Grim Dawn Wiki.

The world of Grim Dawn is stuck between the rock and hard place that are two warring celestial entities. One wishes to use humanity as a resource, the other wants to crush all life. In the game, you'll step into the shoes of a freedom fighter blessed - or cursed - by the Aetherial Influence, granting you great power and abilities. You'll take up the mantle of multiple skill classes called Masteries, which change how you'll fight and survive. To bolster the Mastery system, players will access Devotions, which provide passive skills represented by a constellation chart. By selecting stars and completing constellations, you'll gain affinity bonuses and Celestial Powers that modify standard Mastery skills and abilities. Much like Titan Quest, Grim Dawn has skills trees for days that will leave you dizzy from the sheer amount of customization options.

All these cool abilities and skill trees mean nothing without an epic quest, and Grim Dawn doesn't disappoint. You will trek across Cairn, making life-altering decisions that have true ramifications for the populous of this broken world. Whether you're choosing to save a village or helping one faction over another, the choices made in Grim Dawn will stick to you throughout your journey.

This journey will be rife with danger, as expected. After all, what would a hack-n-slash adventure be without the abominable visages of vicious monsters? Grim Dawn's world has over 200 creatures to seek out and destroy, all with their own names and unique skills. Watch out for any Eldritch abominations, as I hear they are particularly nasty.

To learn more about the game, check out the trailer below.

The world of Cairn is set for Windows-based adventures who think they have what it takes to save humanity. If you're ready, check out more information on the official site or the Official Grim Dawn Wiki.