A recent update from Niantic revealed that Pokemon GO players can now hatch Togepi and Pichu from Eggs. The update also stated that other Pokemon had been added to the game via Eggs, but their identities are unknown for now; we only know that they're from the Johto Region in Pokemon Gold and Silver. The update also revealed that more Pokemon will be added to the game in the coming months, which was an expected announcement from many members of the PoGO community.

In addition to this news, one of the most recognizable Pokemon in the entire franchise is being featured in a holiday event. Starting later today and extending through December 29th, limited edition Pikachu wearing festive hats will be available to catch in the game. Learn more on the official game site here.

Will this update get you playing Pokemon GO during the holidays? 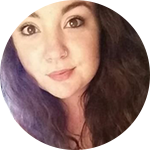