Enter the world of Attiras, a harsh landscape packed with strange, powerful creatures. A society that has stood for millennia faces a great period of upheaval — and as the sibling of the heir apparent, you find yourself in the eye of the storm. Will you be able to secure the future of your homeland? Or is the kingdom of Attiras destined to fall? By the end of Forged of Blood, players will know the answer.

Forged of Blood is the ambitious new game from Indonesian developer Critical Forge. It's a complex turn-based tactical RPG that combines a painstakingly detailed setting with meticulously designed gameplay systems.

Coming from a development team influenced by an eclectic list of games including Skyrim, X-Com, Planescape: Torment, Baldur's Gate, and old-school Dungeons & Dragons, you can get an idea of the kind of gameplay Forged of Blood will offer up. Combat plays out on a 3D isometric battlefield, with minute-to-minute tactics and overarching strategy both having an impact on the player's success or failure. 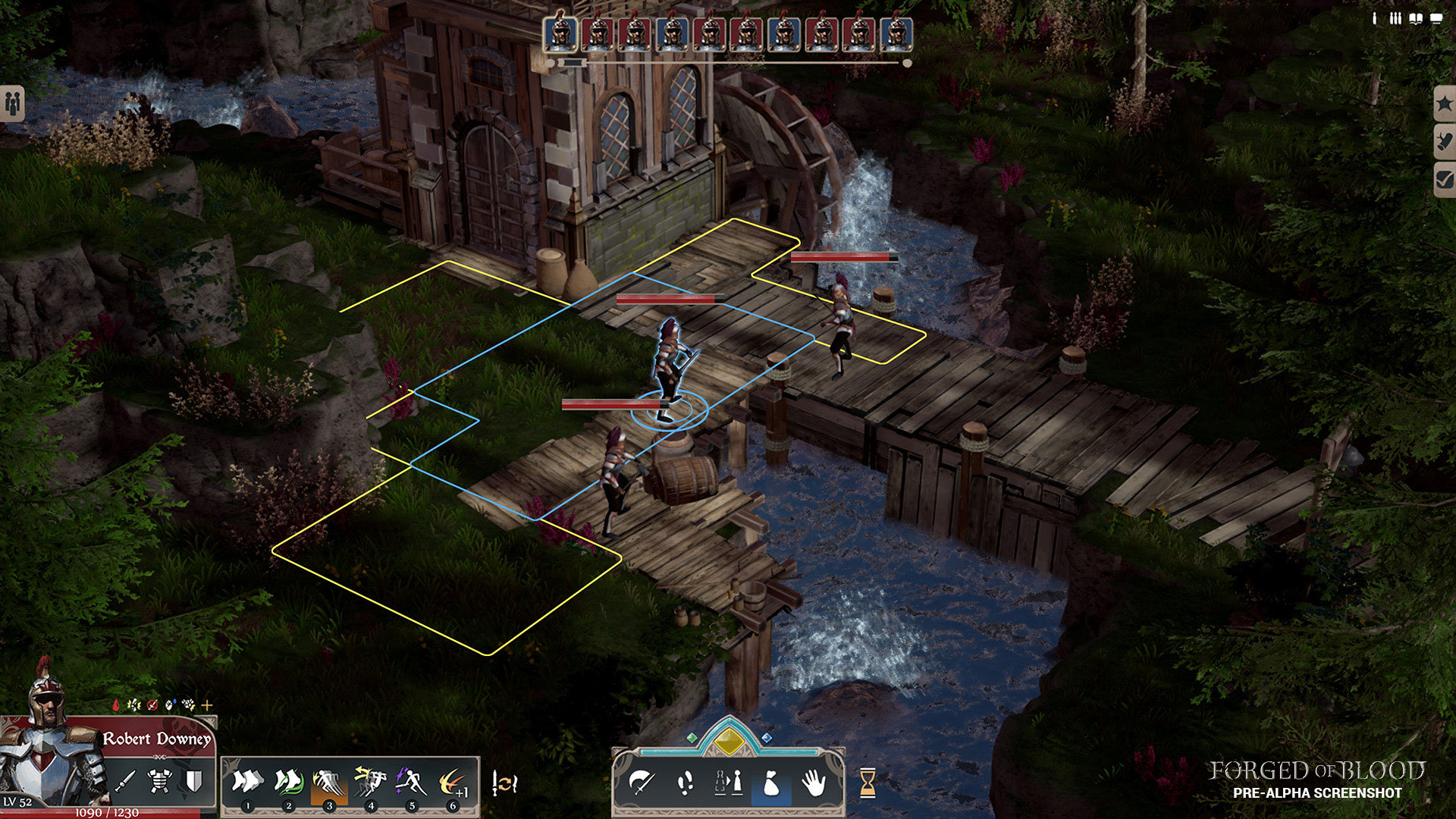 For instance, players will see their influence on the world of Attiras as they make decisions that shape the narrative throughout the game. They'll also be able to customize their character by tinkering with the game's nine weapons and weapon ability trees, its six general ability trees, and its vast spellcrafting system.

Critical Forge describes the latter mechanic as 'the spellcrafting system of your dreams,' and considering its scope, it's not difficult to see why. It boasts a stupendous 3,822 unique effect combinations, a number that grows even larger when other modifiers are taken into account.

Like every other part of Forged of Blood, the spellcrafting system is designed to give players full control over the way they experience the game. Want to play as a mage who develops their own unique strand of magic? Go ahead. Prefer to ignore spells all together and whale upon your enemies with an axe? That's fine, too.

If Forged of Blood sounds like a game you would like to play, now is the time to contribute to its Kickstarter campaign. The game is set to release in 2018, but only if its funding goal of $105,637 can be accomplished. For more information on this compelling fantasy RPG, head over to its official website — and for all the latest updates on lore, game mechanics, and more, don't forget to check out the Official Forged of Blood Wiki.