Asura is a top-down hack 'n' slash adventure like no other. After being burned to ashes by the holy men of the Daeva empire, you're brought back to life as a demon king with an uncanny knack for destruction. Over the course of the game, you lead an all-out assault on the Daeva fortress — but beware, as no two raids on the citadel will be exactly the same. Gamepedia and the game's developer, Ogre Head Studio, are pleased to announce the Official Asura Wiki.

When Zainuddeen Fahadh, Aubhik Nath, and Neeraj Kumar formed Ogre Head Studio in 2014, their first priority was to create something new and different. Observing that the Indian video game development scene was flooded with well-worn subject matter like Bollywood movies and cricket, they conceived a procedurally generated skill tree that would set their debut game out from the crowd. 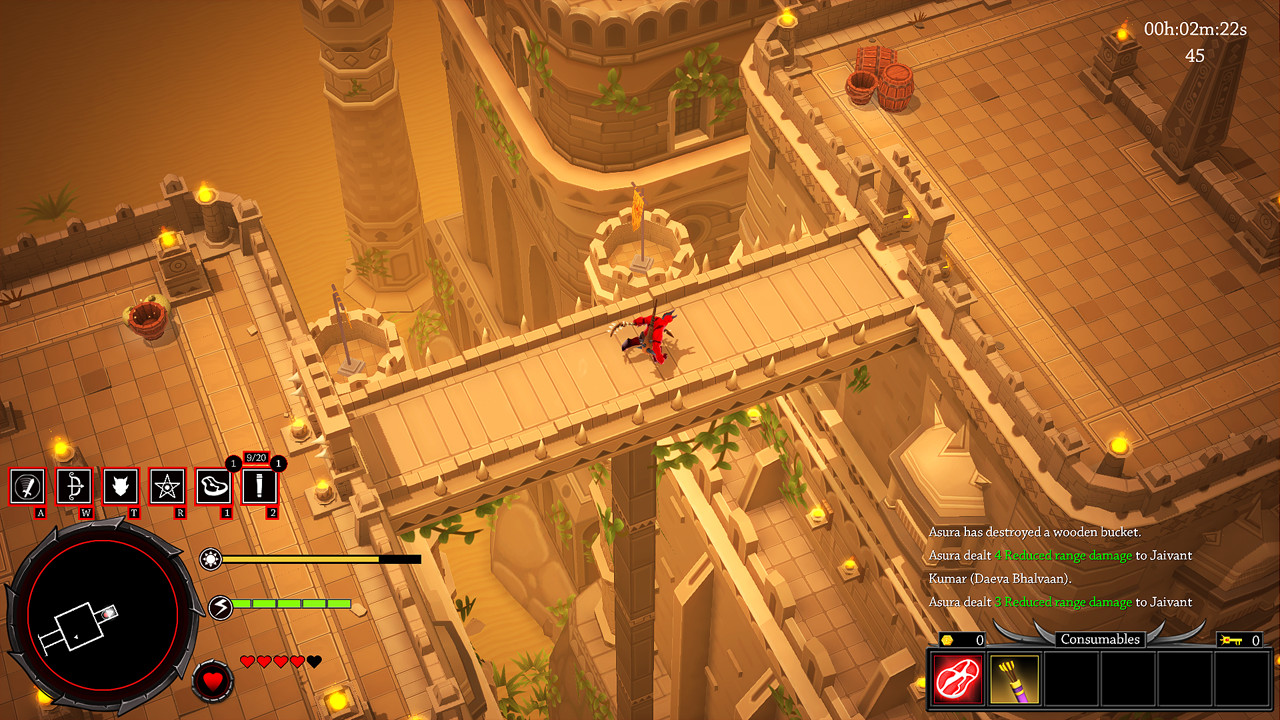 Asura combines that skill tree mechanic with a host of other elements that will keep players guessing. For example, the Daeva fortress that serves as the game's setting is randomly generated, which means that there's always a surprise around the next corner, whether you're on your first playthrough or your fortieth.

Make no mistake, this is a big game that's going to take up plenty of your time. There are five distinct fortresses to take on, each with its own unique aesthetic and enemies embedded in a randomly generated floorplan. There are three playable demons to unlock over the course of your adventure. Perhaps most importantly, there are more the 82 skills to utilize as you explore the game's procedurally generated skill tree.

Here's some footage of Asura in action:

Asura launches today for PC across the Humble Store, GoG, and Steam. For more information on this exciting tale of mythological vengeance, head over to the game's official website — and for all the knowledge you need to dominate the Daeva fortress, don't forget to check out the Official Asura Wiki.