In Flinthook, just about everyone in the known galaxy is in pursuit of treasure — but some people always have to take it too far. When a particularly malevolent scoundrel embarks upon a plan to unleash an ancient evil for his own selfish purposes, it falls to the smallest but toughest pirate around to set things right.

It's true that Flinthook isn't the biggest or the strongest adventurer exploring the starry skies. However, with his Blasma Pistol and his Chainhook in hand, he's capable of swiftly moving around his surroundings and raining down damage on anyone that's standing in his way.

What's more, Flinthook can slow down time to line up the perfect shot — or just to pull off a neat stunt to look cool. The pirate's basic set of abilities is powerful enough, but once you play through a little bit of the adventure and take down a few targets, you'll soon grow strong enough to take on any opponent. 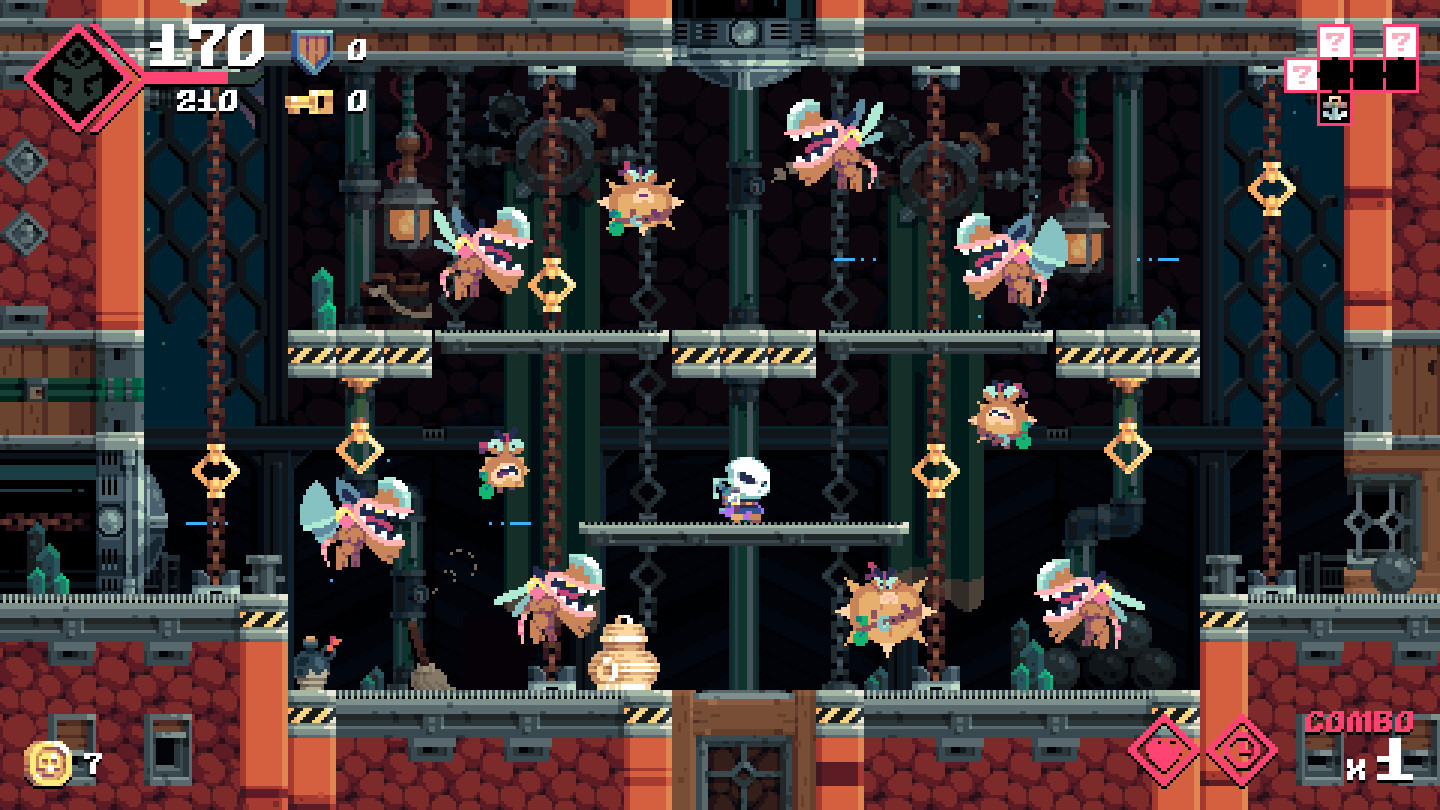 Levelling up unlocks perks, and collecting valuable loot will help you buy upgrades on the black market. Beyond that, there are collectible relics and lore pages that flesh out the universe, as well as some fiendishly hidden secrets for the cream of the crop to uncover.

Flinthook combines the best elements of classic, finely crafted 2D platformers and today's crop of endlessly replayable roguelikes. Each room of the ships you'll explore has been intricately designed, but the ships themselves are randomly assembled, so you never quite know what challenges are lurking around the next corner.

Flinthook launches today for the PC, PlayStation 4, and Xbox One — you can grab it right now via Steam. For more information on this piracy-packed adventure, check out the game's official website, and for all the information you need to save the galaxy, don't forget to check out the Official Flinthook Wiki.