There's a reason that space travel and exploration is such a compelling setting for all things science-fiction: It calls to our base instincts to discover something new and leave a mark on history. The 2016 release of No Man's Sky may not have reached the expectations of the general gaming public, but the gargantuan amount of space ripe for discovery in the game's world has enraptured a community of players and given No Man's Sky a new lease on life.

The Galactic Hub Project is a community-based initiative within No Man's Sky that is attempting to form a community of players within the Euclid System. The goal of the project is to migrate a large number of players to Euclid for the purposes of mapping and exploring this massive star system.

By making a hub, the community hopes to mark the sector for travelers while also creating a variety of ways for interlopers -- the project's term for those travelling across new systems -- to traverse and map the expanse.

One of the main tools the project's community has in this endeavor is the Hub Management System app by Wiki user Pahefu. Using the No Man's Sky Wiki, the application is able to map out localized systems, including a list of resources found in each system.

Resource listing is only one benefit to the Galactic Hub Project, as additional uses of the system are lists of community farms, geological attractions, and the growing number of user-made bases now residing within the system.

The GHP subreddit has also gotten into the action of providing a bit of flavor and fun to their work with some fantastic user-made creations. This flyer made by Reddit user Acoupleofirishfolk demonstrates a creative flair that brings a bit of light to a massive galaxy of players all searching for the chance to leave their mark in No Man's Sky. 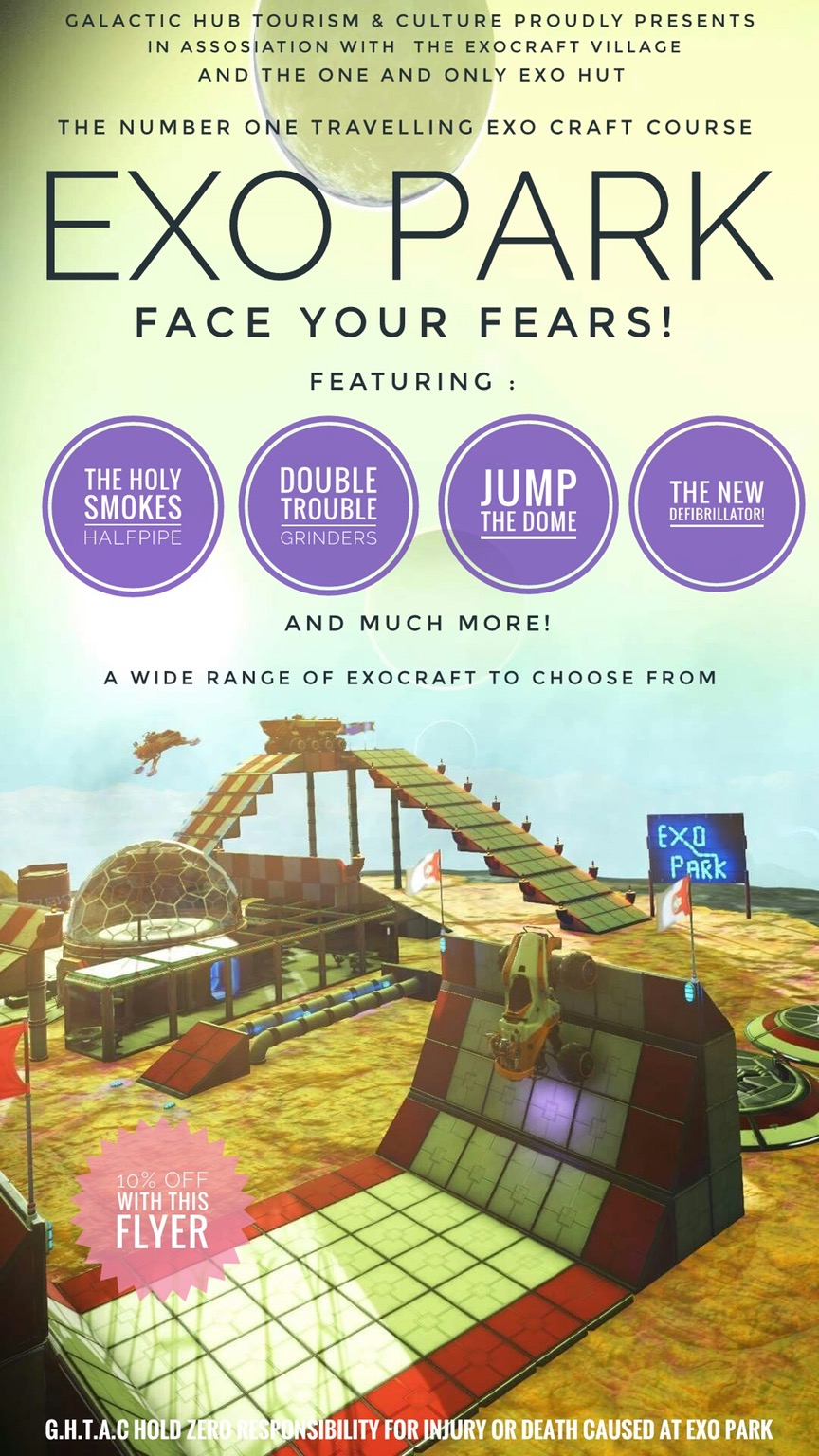 The project has already inspired other wiki users to go forge their own trail, with a sister hub Galactic Hub Hilbert up, running, and attempting to make the stars a safer place for all potential interlopers. No Man's Sky provides a world to make your mark, so why not go out and explore the vast unknown while making a community of friends along the way?