Step into the shoes of Victor Vran, a demon hunter who has a real passion for his work. Whether he's cutting monsters down to size with his sword or blasting them into oblivion with powerful spells, Victor gets a lot of satisfaction from his chosen profession. Fortunately for him, there's no shortage of beasts and baddies to take down — and no shortage of loot to receive in return for his efforts. Gamepedia and the game's developer, Haemimont Games, are pleased to announce the Official Victor Vran Wiki.

Combat in Victor Vran might remind you of classic ARPGs to begin with, but you'll soon find that there are enough twists on the genre's tried-and-tested formula to keep you on your toes. The ability to jump and dodge opens up melee encounters significantly, giving players an added level of nuance as they run rings around their enemies.

Of course, combat changes from minute to minute, depending on what monster you're taking on. Victor will need to have his wits about him if he's to survive the scores of enemies waiting for him — but fortunately, he doesn't have to take them on alone. 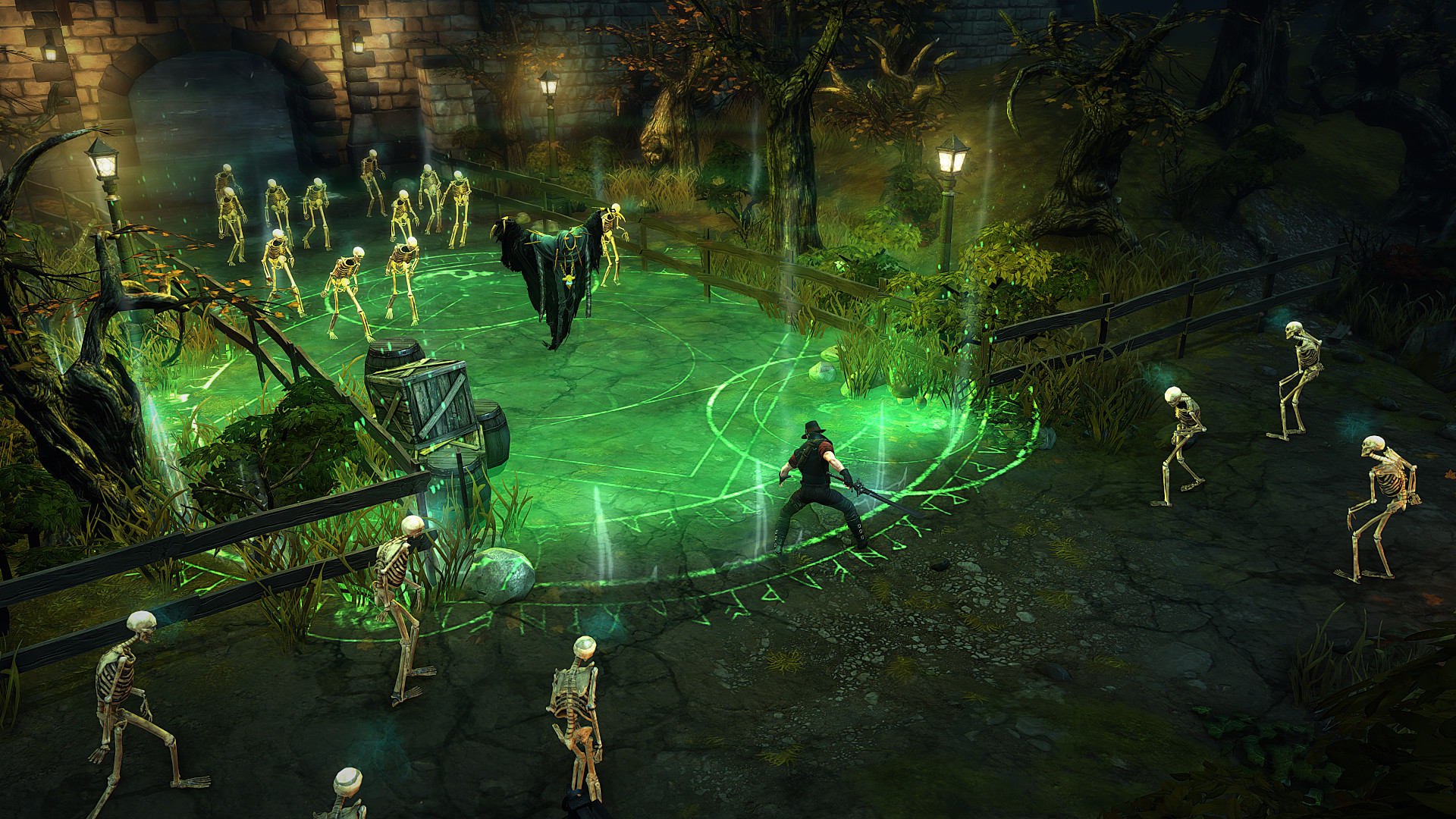 The game supports online co-operative play, which can come in very handy when you're faced with a task that you just can't complete playing solo. Of course, once you and a friend have vanquished the challenge at hand, you can settle any disputes about who the superior demon hunter might be in the PvP Arena.

Victor Vran boasts a lengthy campaign, which will give you ample opportunity to sample the various abilities and techniques the protagonist can employ on his quest. The game will soon be re-released as the Overkill Edition, which features two sizeable expansions that extend its evil-slaying exploits even further.

Fractured Worlds, the first expansion, is a mind-bending continuation of Victor's adventure that takes place in a plane of existence constructed from several different planets that have smashed together. Meanwhile, Motörhead: Through the Ages, the second expansion, takes Victor on a heavy metal quest peppered with the music of one of the most iconic bands of all time.

Here's some footage of Victor Vran in action:

Victor Vran: Overkill Edition will be available on June 6 on PlayStation 4, Xbox One, and PC. For more information on this engrossing demon-slaying ARPG, head to the game's official website — and for some in-depth intel on Victor's world, don't forget to check out the Official Victor Vran Wiki.