Pyre will have you leading a party of exiles through a mystical purgatory, where glory is determined through an ancient competition. It’s the latest from Supergiant Games, bringing a uniquely strategic battles in both an epic single-player campaign with a branching storyline and intense versus action.

Your band of exiles wanders the forsaken Downside aboard the blackwagon, seeking absolution through a mysterious competition known as the Rites. Every exile has their own story, and those you meet in the Rites—from demons to the winged Harps—will offer no quarter. You’ll choose a party of three from among your group in every encounter, working to extinguish the enemy’s pyre before they can do the same to you. 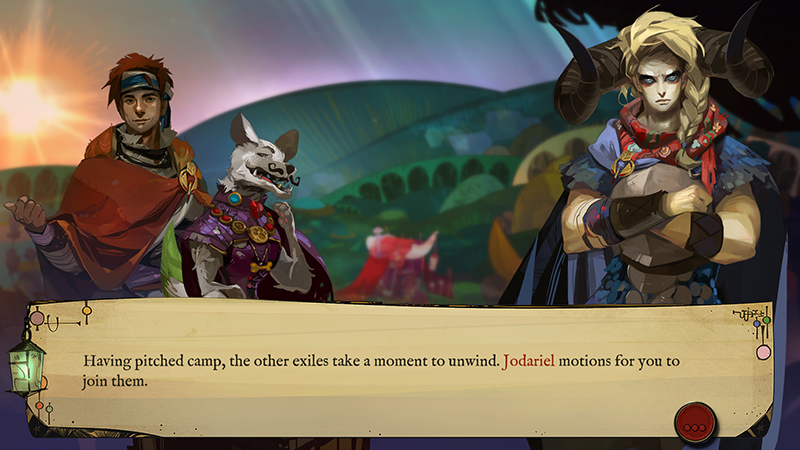 The story doesn’t end if you fail, though. Win or lose, things keep moving, and you’ll still have to pick yourself up after suffering defeat. Things branch out based on the outcome of your battles, so no two players will experience things quite the same way. Of course, you can also put the story on hold to do battle against your friends—or computer-controlled opponents—in the game’s standalone versus mode.

And since it’s from the makers of Bastion and Transistor, you know you can expect gorgeous visuals and an amazing soundtrack. With distinct, hand-painted art from Jen Zee and another incredible set of music tracks from Darren Korb, the atmosphere of Pyre is rich and evocative.

Enjoy some footage of Pyre in action:

Pyre is available now on PlayStation 4 and through Steam. For help surviving the Rites, be sure to check out the Gamepedia Pyre Wiki for details on all the dangers you’ll face on your journey to freedom.