It’s finally time to build humanity’s future outside our own solar system. In Aven Colony, you’re in charge of the first extrasolar human settlement, guiding a new colony to prosperity in a harsh alien landscape, and managing your people’s needs while working against the hostile creatures and dangerous environments found on the planet of Aven Prime.

Your first duty is to ensure the well-being of the colony, and that means building infrastructure and enacting codes of conduct necessary to keep things running smoothly. Establish social policies, keep the political system in check, and make sure that the colony is supplied with health care, jobs, and entertainment to rise through the ranks from a local governor to president of the entire expedition. 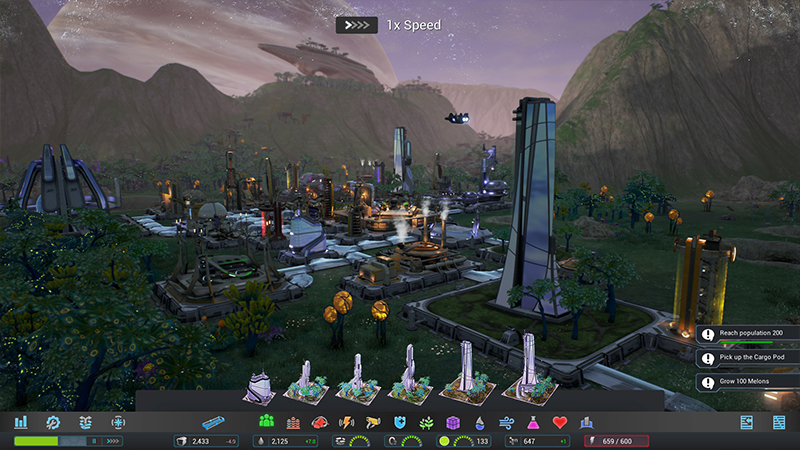 Managing a city is tough at the best of times, but Aven Prime presents its own set of dangers, ranging from the familiar sparseness of resources that winter brings, to the constant threat of toxic gas eruptions from underground. You’ll have to work against a low-oxygen atmosphere, and extreme weather ranging from electrical storms to dust devils — and that’s on top of the planet’s deadly fauna. Whether it’s a creeping fungal infection, giant sandworms, or a faction of robot guardians, the planet’s native population won’t take kindly to new neighbors.

Aven Prime holds its own secrets, and the single-player campaign will take you through nine missions set in varied biomes as you attempt to discover the planet’s hidden past. Completing a mission unlocks it in sandbox mode, giving you the chance to build freely in any location you want.

Enjoy some footage of Aven Colony in action:

If you think you’re ready to lead humanity to the stars, weathering the dangers of an alien world, Aven Colony is available now on Steam. For details on how to keep your colony running strong, from health and morale to expeditions and trade, be sure to check out the Official Aven Colony Wiki.